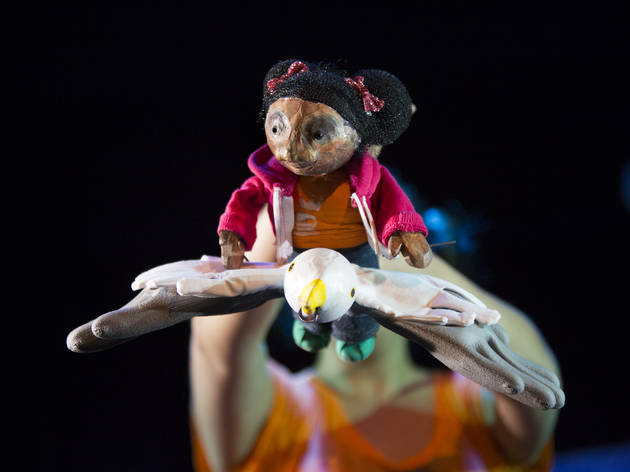 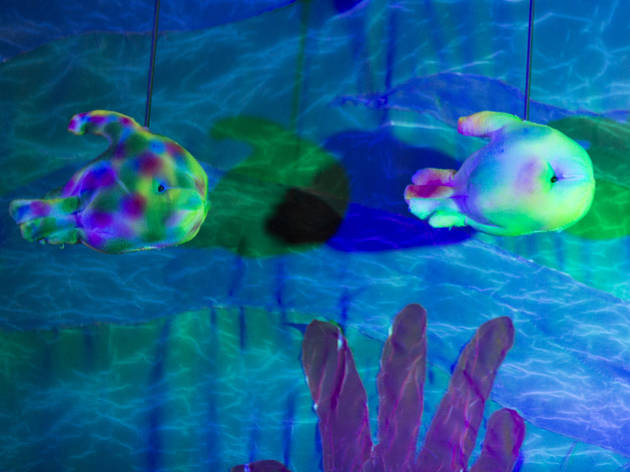 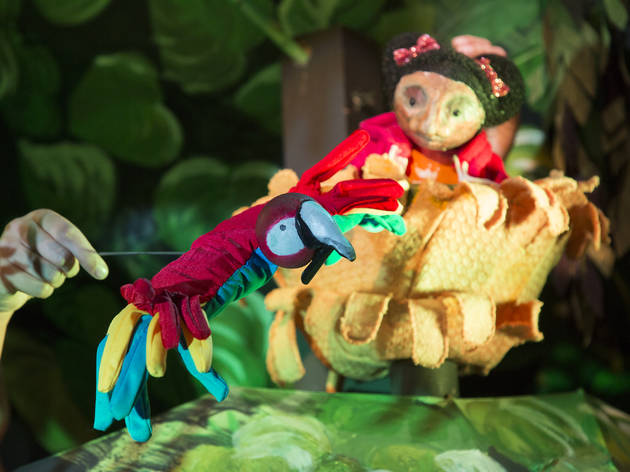 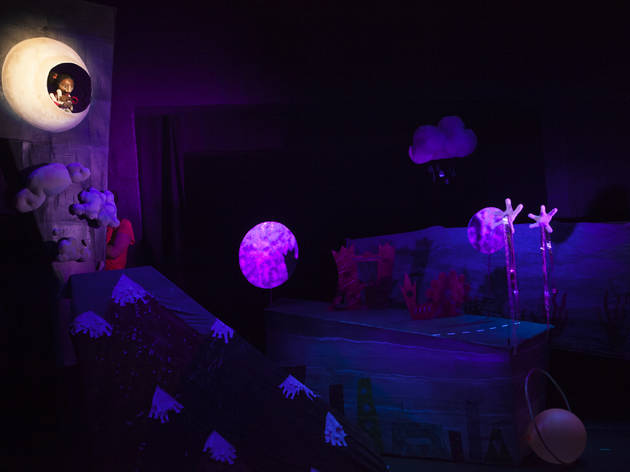 ‘Let’s Fly’ is one of two collaborations with the kids’ theatre company Goblin playing at Islington’s much-loved Little Angel puppet theatre this autumn, both of them stories about the same character, a little girl called Emily, who can fly. This is the one aimed at very little ones aged from two to six (the other is ‘Emily Rising’, aimed at older children). It’s a one-woman show, performed by the very lively and likeable puppeteer Shakera Ahad, who moves in and out of the audience, handing feathers to kids at the beginning and retrieving them as part of the story. She floats balloons over the audience too, and some of the show’s most crowdpleasing highlights are interactive moments like these.

The story is light and sweet, and told via three Emily puppets of different sizes: she discovers she can fly, and her ensuing trip takes in various parts of the world (including London), and even the moon. It’s playful and whimsical, with bright colours and bold shapes to keep the audience engaged. It’s really best for kids at the younger scale of the two-to-six age range (my almost-five-year-old told me it wasn’t ‘very interesting’ at first, but she was won over as the globe-trotting became more exotic). It’s a quietly imaginative show, and at 40 minutes, short enough to keep youngsters with short attention spans engaged.