My Account My Profile Sign out
My Account
Search
Worldwide Europe United Kingdom England London ‘We projected Game of Thrones dragons on a cathedral’: confessions of a London party planner
Advertising

Throwing extravagant parties for a living means you don’t stay still for long (or get much sleep). Ben Gamble, co-founder of creative events agency Shout About London and professional party planner, can often be found darting from venue to venue on London’s 24-hour transport to put the final touches on one-off knees-ups in unlikely locations at any given time of night. From a ‘Game of Thrones’ party in a cathedral to a soirée on a champagne bus, nowhere’s off-limits.

‘We did 20-hour days this Christmas’

‘Of course it’s not like this all year, but on Dec 14 – peak crazy season – I started letting in suppliers to Reign nightclub in Piccadilly at 8am. Then I darted over to Stationers’ Hall in the City to meet the guys installing a dancefloor for a bank’s Christmas party. Then to the De Vere Grand Connaught Rooms in Covent Garden to set up a dinner for 550 people before a ‘Great Gatsby’-themed party in the evening at the Natural History Museum. I popped home to Covent Garden at about 11.30pm to walk my dog, before heading back out at 2am to check in at Champagne Tours London – a high-end members’ club on a bus with blacked-out windows. I made it to bed at 4am.’

‘For a ‘Game of Thrones’ launch party, we stripped Southwark Cathedral of all its furniture and projected dragons on to the ceiling. They’d never done a commercial event like this before, so we really had to persuade the dean to let us do it. We spent the entire night before in the cathedral setting up, which you can imagine was spooky!’

‘We find venues that haven’t been used before – some you couldn’t find if you Googled “disused venues”. They have holes in the floor, we’ve had cars we’ve had to carry out of venues. We always hear about events spaces before anyone else does, perhaps maybe even before Time Out, dare I say it.’

‘The night tube saves a lot of cash’

‘I drive, but I’ve never owned a car in London – transport is so easy. Often our events require a 24-hour setup beforehand. Having a 24-hour tube means that if people are coming and going throughout the night, it saves you a huge staff taxi bill. It also helps with our early starts. Having yearly Oyster cards is basically doubling the potential to use the tube 24/7. People are also way more talkative on the night tube and there’s a communal sense of adventure!’

‘It can also get you out of a scrape’

‘Before the night tube started I did a halloween party at Islington Metal Works. We don’t normally drink at clients’ events, but this was a social one. I was drinking vodka pineapple all night, fell asleep on the Northern line and woke up in Morden – which might as well have been Mordor – without a phone. I spent £100 on a taxi home. If it had been the night tube, I’d have apologised to the driver and gone back the other way.’

‘Star Wars Secret Cinema started as soon as you stepped off the tube. You didn’t know where you were going, but there were actors directing you. And it was the perfect venue – Printworks in Canada Water. It’s all industrial and it really felt like you were on the Death Star or Millennium Falcon – it was brilliantly done.’

TfL operates a night tube service on the Central, Northern, Jubilee, Piccadilly and Victoria lines, as well as Overground and bus services. Use the TfL journey planner to plan your next after-hours journey.

More of London by night 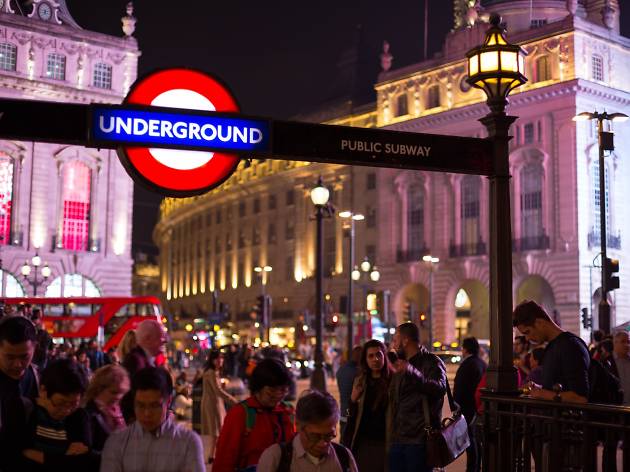 Until you’ve seen and experienced London at night, you haven’t really seen London. Luckily, TfL’s night services are making it easier than ever to do just this.