Time Out’s Do Lists rank the essential experiences in 400 places around the globe. They’re your go-to guides whether you’re at home or travelling. We’ve updated our London Do List: a guide to classic London experiences, ranked from #101 (Madame Tussauds) to #1(the V&A). To mark the relaunch, our writers choose something from the list they’ve never done before. 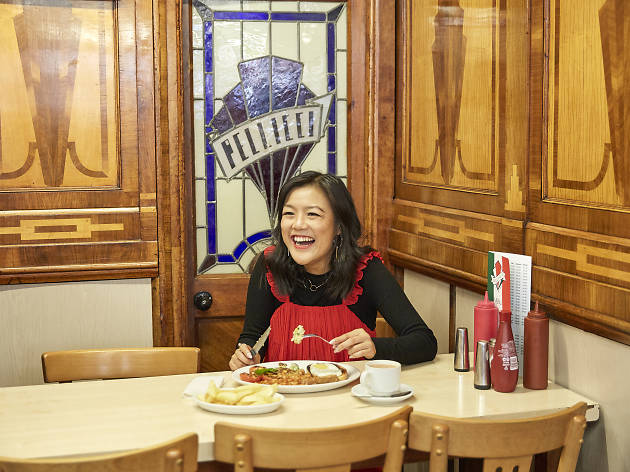 I only moved to Bethnal Green a couple of months ago, so I’m still new to the area and working out where my locals are. One name I’ve kept hearing over and over is E Pellicci, a well-known East End caff. I can’t think of a better time to finally visit it than when I’m nursing a hangover from a wedding party the night before.

E Pellicci is not your average greasy spoon; it’s like entering a time capsule where nothing’s really changed since it opened in 1900. I’m sitting in the Grade II-listed building surrounded by art deco wood panelling and signed photos, including one of Jessie Wallace (Kat Slater from ‘EastEnders’). While tourists might choose afternoon tea at a historic hotel for an iconic taste of the capital, this feels like proper London.

‘Look at you, all fancy-schmancy, young lady! Whereabouts have you come from? Let me get you a cuppa,’ yells the wonderful Nevio Jr, grandson of the original Mr Pellicci, while busily serving someone else across the room. ‘What can I get ya? You’ve got to try the lasagne or cannelloni – it’s swimming in rich sauce and cheese.’ I politely decline his suggestion and opt for the all-day veggie breakfast: I don’t think my stomach can handle that much carb and cheese right now. Within minutes, my order’s on the table and there are a few chunky hand-cut chips on the side for good measure.

‘That was quick!’ I tell him. ‘That’s what all the girls say to me!’ laughs Nevio Jr with a wink. I tuck in, sip my tea and watch the different characters popping in and out. I can’t believe that a local gem like this still exists around these parts: I’m one lucky bugger to have this place practically on my doorstep. Angela Hui 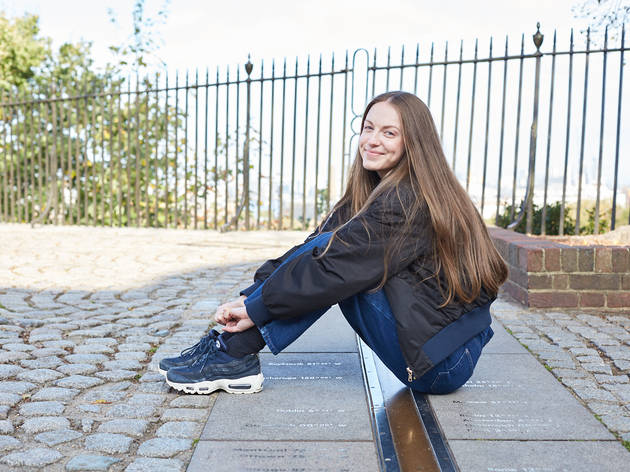 I arrive in Greenwich Park filled with anticipation. For the past few minutes my Uber driver has been telling me that if you’re from Greenwich, you’re never late because you ‘make the time’. It strikes me as excellent grounds for moving to SE10, but I’m not exactly sure what he means until I arrive at the Royal Observatory and learn about the Prime Meridian Line.

The museum display explains that the Meridian is an imaginary line drawn from the North Pole to South Pole: where the eastern and western hemispheres meet. Before it was established by astronomers at Greenwich Observatory, every country kept its own time. Once the Meridian was decided upon, time could be standardised by working out how far you were from it. Everyone was way less confused.

After walking through a gift shop, we arrive at a rather important-looking entry gate, guarded by men dressed in suits. Wow! I think, these guys must be the overlords of space and time. I start to contemplate the idea of standing astride the Meridian Line: will I quantum leap? If I use my iPhone to look at my face, will it appear different on each side? It’s only when I’m mere metres away that I realise: this is simply a line drawn on the ground with co-ordinates on it. I spread my feet across it just in case my first impression is incorrect.

Nope. It’s just a line; I don’t feel anything weird happening to my face or to time itself. I mainly feel inadequate because the girl in front of me is doing a crab over it for a photo.

It’s perfectly fine, and I leave feeling super-informed about astronomy’s role in timekeeping. Would I visit again? Probably not. But the view from up here is maybe the best in the city. It’s worth a trip for that alone. Samantha Willis 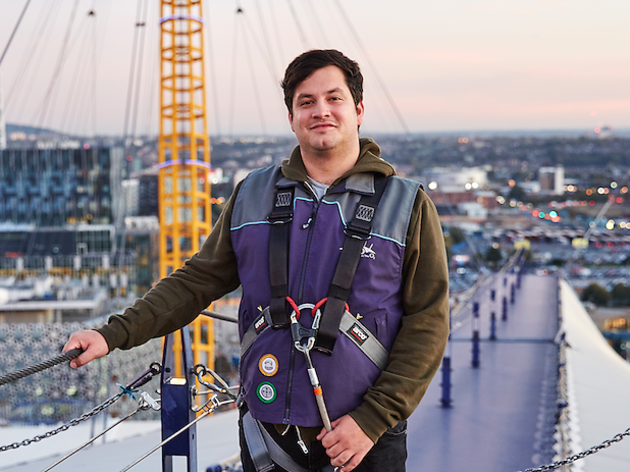 As someone who is afraid of heights, it hadn’t occurred to me that one day I’d climb 190 metres along a fabric walkway that runs up what is essentially a 52-metre tent. But here I am, on a Wednesday afternoon, scaling The O2. After a handsome man named Steve has shown me how to truss myself up like a chicken in a security harness, ushered my group up some transparent stairs and attached me to a flimsy-looking metal wire, I’m on my way up.

Initially, I’m terrified. There are no handrails attached to the walkway, which bounces each time you step forward. I also struggle with the mechanism attached to the harness, constantly getting it stuck and holding up the others. But the higher I climb, the more the fears and difficulties melt away. A sense of achievement overrides any worries I had about finding myself rolling down the white, cloud-like dome.

With the summit almost within reach, I’m curious about how our arrival at the peak of one of the world’s most iconic music venues will be marked. Secretly, I’m hoping to be greeted by Heather Small’s ‘Proud’ and an Olympic Closing Ceremony-scale firework display. But as we get to the top, it becomes clear my arrival is to be soundtracked by… Ed Sheeran.

Still, standing up here, it feels like I’ve been let in on one of the city’s great secrets. With the sun setting behind Canary Wharf, the sky is streaked with greens, reds, pinks and an otherworldly electric blue. The sprawl of London is inescapable from every angle. It’s a view that’s enough to make up for the 30-degree incline on the way back down, the unflattering security harness and Ed Sheeran. Well, almost. Alim Kheraj 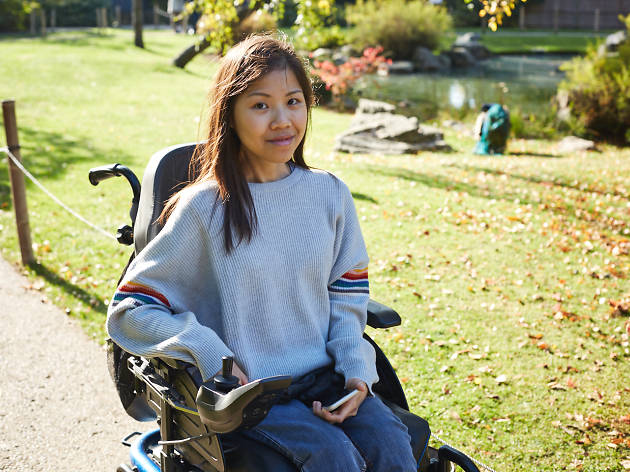 Having been an adopted Londoner for a number of years now, I’ve grown accustomed to living in a state of caffeine-fuelled hyperactivity. So I’m suspicious of the idea that the faintest notion of tranquillity could be found in a small patch of green somewhere in west London.

I’d only ever heard about Holland Park in passing, and I hadn’t known about its Japanese garden at all… until recently. The Kyoto Garden is hidden in the heart of the park. The entrance is surprisingly easy to miss – something that piques my interest. Clearly, this isn’t just another tourist hotspot. Finding my way entails a trip through Holland Park in its full autumn glory: the leaves are a spectrum of rusty shades and crisp foliage covers the path. When I finally approach the Kyoto Garden, bright flashes of emerald and turquoise catch my eye. Peacocks in London? Even the local squirrels seem surprised. As I meander along the winding course, it all feels surreal: there are stepping stones over a bubbling waterfall and more wildlife than you’d expect for a garden of this modest size.

I leave with a sense that you could quite easily while away a few hours on one of the benches with a matcha tea. It’s a place to escape to when the hurly-burly chaos of city life gets a bit much. And let’s face it, if the sight of a squirrel going head to head with a peacock doesn’t put a smile on your face, nothing will. Claire Wong 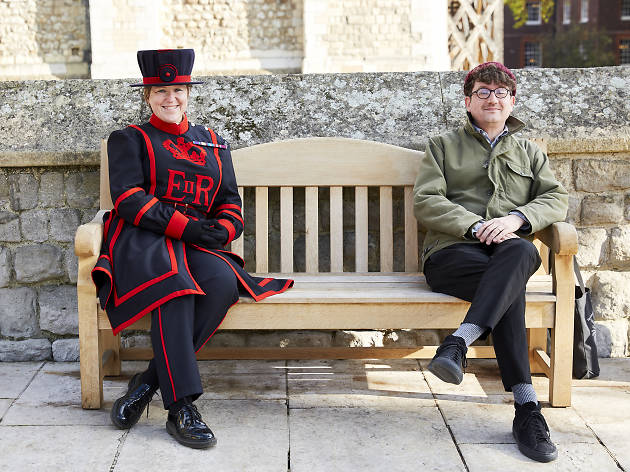 I don’t know why I’ve never been to the Tower of London. If I went to another city in, say, Turkey, and there was a huge medieval fortress with a world-famous collection of regal bling slap-bang in the middle of town, I’d definitely visit it. Maybe familiarity breeds contempt, or maybe I worry that my treasonable thoughts are perceptible, and they’ll clap me in irons.

I’m not expecting it to be so big. On a bright autumn day, the White Tower blazes with light, the moat around it richly green. It’s exhilarating.

I see all the clichés: ravens flap about, cawing; I talk to a Yeoman Warder called Moira. It’s hard to believe that spies were executed here in WWI. As I walk around the White Tower, each compass point gives me a view of a different landmark: Tower Bridge, The Shard, The Walkie-Talkie. But the Tower of London was here for centuries before any of them. It’s not just a symbol, it’s a fuck-off piece of military architecture, and being inside its walls feels strangely secure.

Oh yeah, the Crown Jewels. The huge entry queue for them snakes back like some sad Supreme drop. My guide, Perpetual, offers to get me in through the back door, but I decline. I’ll be back, and I’ll do it properly: I’ll stand in line with all the other peasants. Chris Waywell 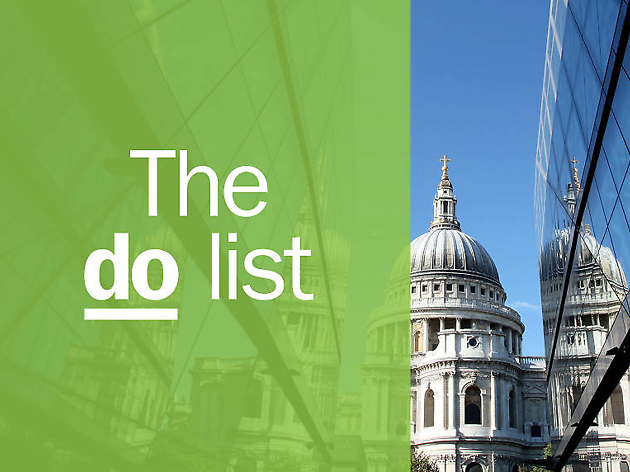 Discover the city with our list of the very best things to do and things to see in London, for visitors and locals alike. From lunch-hour wonders to full-blown days out, this is your ultimate London checklist