The arrival of the Wimbledon Tennis Championships is the first true sign of summer in London. It’s time of year for deuces, checking out the occupants of the Royal Box and, obviously, the Pimm’s. Whether you’re super invested in every single match outcome of Wimbledon 2019 or you just want to check out what all the fuss is about, it’s important to get your ticket-buying knowledge straight in your mind.

The good news is, it’s not too late to get your hands on tickets. The bad news is the patience required to get ahold of them – and the prices you have to pay may test even the stiffest of British upper lips.

Although it costs a pretty penny, there really isn’t anything like the Wimbledon experience. Here’s your guide for acing the ticket-buying minefield.

Applications for the 2019 ballot opened on September 1 2018 and will close on December 31 2018 (the deadline to nab a Public Ballot application form is December 15). Sorry folks, this is not a simple transaction. There’s quite a lot of red tape involved. To apply, you need to fill in a public ballot application form on ACTUAL PHYSICAL PAPER, and send it in a stamped, self-addressed (DL-sized) envelope to AELTC, PO BOX 98, London, SW19 5AE. Once it’s received, they’ll post you ANOTHER application form to fill out and send to AELTC, PO BOX 67611, London, SW19 9DT. You might have better luck for 2020. Let’s move on...

2. Give Ticketmaster a go

Ticketmaster is the only official place you can go online for Wimbledon tickets, so beware of any others. Those that are made available aren’t too expensive but they do sell out incredibly quickly, so prepare to spend some time at a screen hitting ‘refresh’. Around 300 Centre Court and No 3 tickets are released on the site. These are split into two categories: returned tickets (released 48 hours before the day of play) and reserved tickets (released each morning for the following day’s play). There is a limit of two tickets per person. There’s also the resale of debenture seats (for business types and investors) on various sites. They go for thousands (two tickets start from around £1,169) so it’s a no-go for anyone on a budget. 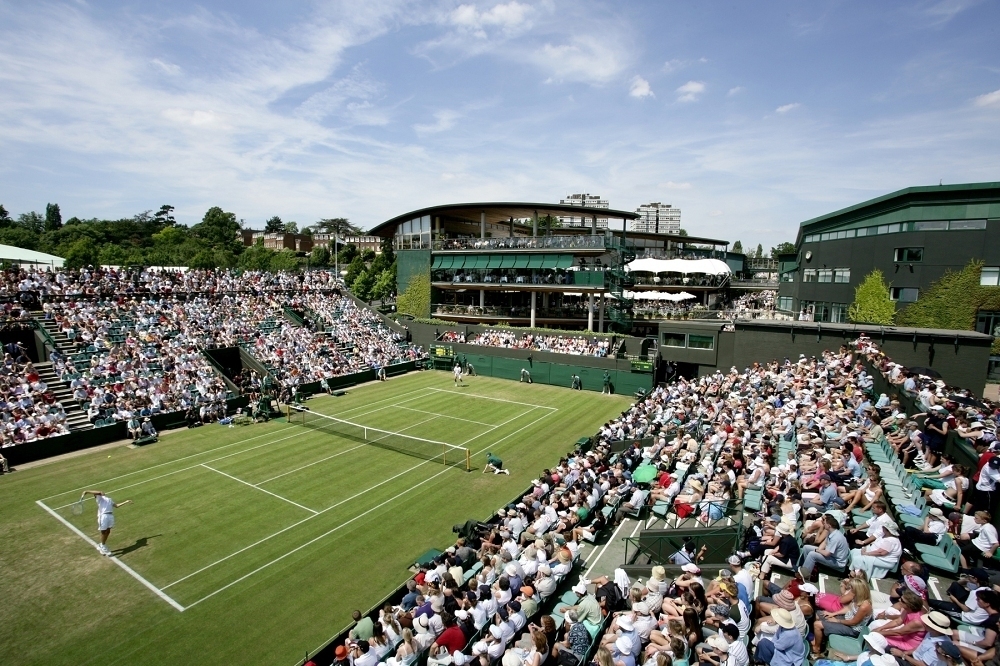 3. Empty your pockets for… hospitality tickets

A very expensive and last-minute option for Wimbledon devotees. Available from providers such as Keith Prowse and Sportsworld (both officially licensed by the All England Lawn Tennis and Croquet Club, or AELTC), hospitality tickets are sold through corporate and ‘overseas’ packages. Packages start at £400 per person, and include options such as The Gatsby Club (complete with whisky and cigar bar) and The Speakeasy (featuring butler service and concierge).

The only real option for tennis fans on a budget. Around 500 tickets are available for Centre Court, No 1 Court and No 2 Court each day for those willing to brave ‘The Queue’ (on the Church Road side of Wimbledon Park), but there’s not much hope for the championship matches. All tickets for the last four days on Centre Court are sold in advance.

Trying The Queue option is a sport in itself: there’s a hefty process. Campers are woken up by stewards at 6am, asked to store their luggage, and then it’s time to join the line at Gate 3. You’re also given a ‘Queue Card’, marking your place in the line to stop queue skippers. Those at the front of the Queue will be given a wristband at 7.30am: no wristband means no ticket. If you can’t face the urban camping, you’ll need to arrive long before 9.30am. Ground admission is £8-£25 depending on the day. Once you’re in, you can purchase Centre Court and No.1 Court resale tickets for £10, with No.2 Court tickets for £5. Still confused? Check out the small print in the Wimbledon queuing guidelines.

Too much effort? Plonk yourself in front of these 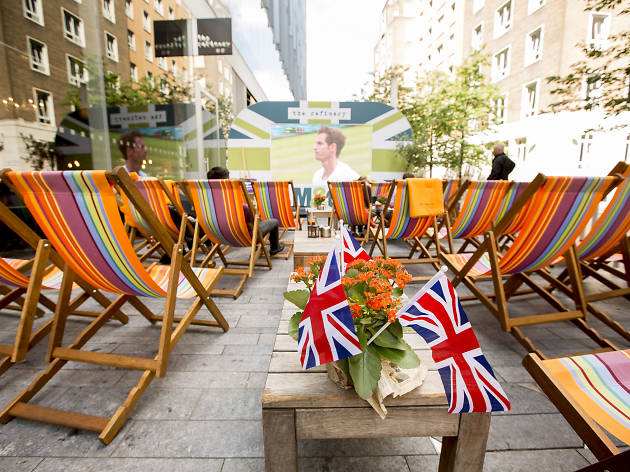 End up empty handed after the Wimbledon ballot? Not quite flush enough to rustle up some debenture seats? You don’t have to be there to enjoy all the action and atmosphere this summer – catch Wimbledon Tennis Championships coverage at the capital's many public screenings instead.

Or read our full guide to Wimbledon 2019 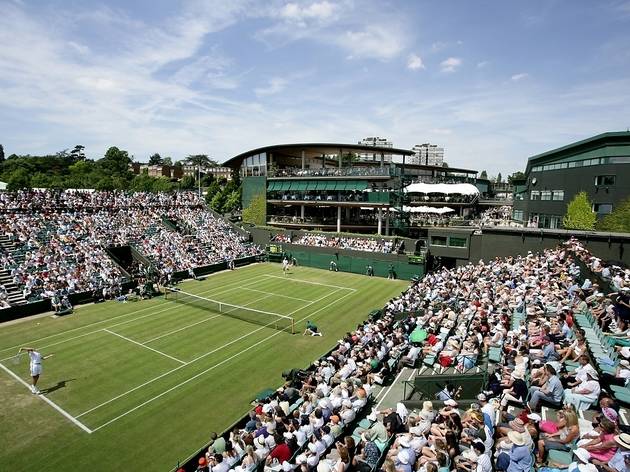 Whether you’re a legitimate tennis fan or just in it for the Pimm’s and oh-so-toned players, the Wimbledon Tennis Championships are once again upon us and it’s time to get excited...