The seven wonders of the Imperial War Museum

It seems fitting that a museum dedicated to war should be housed in a building once home to a mental hospital (the Bethlem Hospial, or ‘Bedlam’). Founded in 1917, the Imperial War Museum is ‘not a monument to military glory but a record of toil and sacrifice’, just as its original commissioner, Sir Alfred Mond, intended. Telling the story of modern warfare from World War I to present-day conflicts, the collections highlight the tragedies that trail after war like awkward children: destruction, suffering and loss of life. But it’s not all doom and gloom. Many of the objects reflect the hope and spirit engendered by a yearning for peace. Most of all, the displays hammer home the way that history repeats itself – while the technologies and arguments for engaging in war may change, the result is always the same. Here’s our pick of the museum's exhibits.

Read more about London's hidden museums and libraries or delve into quirky and unusual things to do. 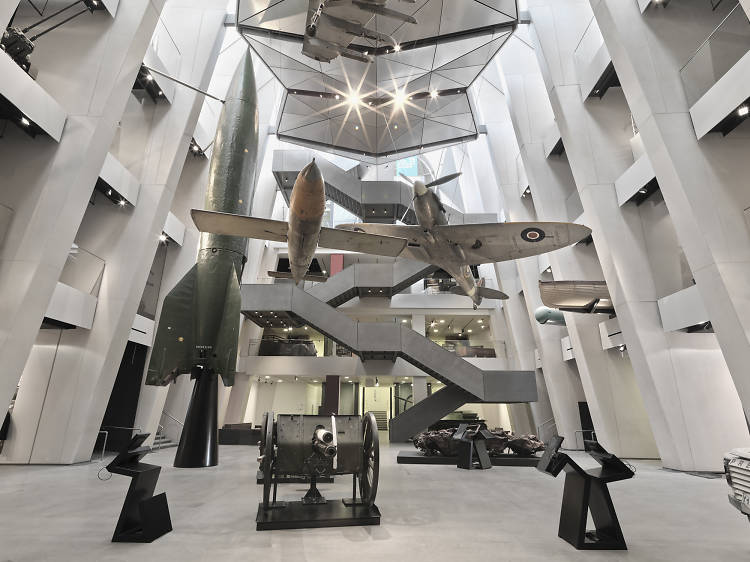 These huge missiles peppered London towards the end of World War Two and were hailed by the Nazi regime as wonder weapons that would undermine British morale and turn the tide for Germany. In fact they resulted in more deaths among the slave labourers manufacturing them than the British civilians they targeted, in an offensive that lasted less than a year. At the end of the war, Wernher von Braun, creator of the V2, was arrested and taken to America where, as part of ‘Operation Paperclip’, he put the techniques he had learned to a new use – his efforts eventually resulted in the first moon landing. 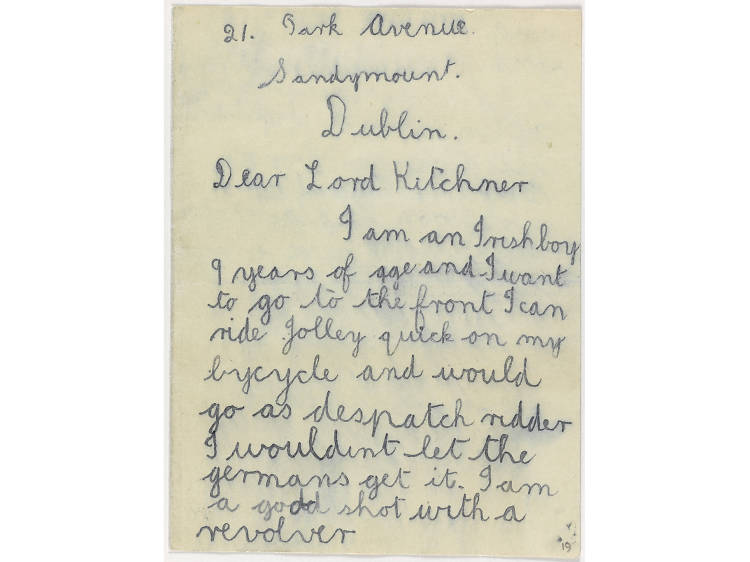 As a cabinet minister at the beginning of World War I, Lord Herbert Kitchener was one of the few in office to foresee a long war. He organised the largest volunteer army the world had ever seen and his iconic recruitment posters are still familiar today. The response to the campaign was overwhelming: more than half a million men signed up in the first few weeks. This letter is from a nine-year-old boy from Dublin, offering his services to ‘Lord Kitchner’ as a ‘despatch ridder’. He says he can ‘ride jolley quick on my bycycle’, claims to be ‘a godd shot with a revolver’ and able to ‘win a fight with lads twice as big as mysels’. The War Office replied thanking Alfie for his letter but informing him that he was not quite old enough. (Many boys lied about their age and were successfully enlisted, especially when the rush to join up began to die down in 1915.)
Advertising 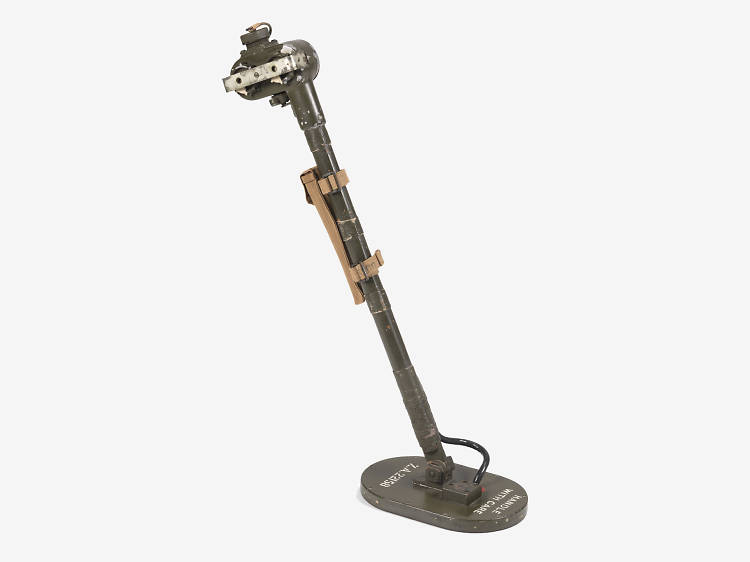 In 1942, Polish inventor Józef Kosacki designed this mine detector, 500 of which were rushed to the front line in El Alamein, Egypt in order to clear the deep Nazi minefields. The design was incredibly successful, doubling the speed at which the army could progress to 200 metres an hour. By the end of the war, over 100,000 detectors had been made. The Allied forces won the battle but the Nazi legacy lives on. More than 20 million landmines remain buried beneath Egypt’s sand, killing 3,000 people in the last 25 years and making 10 percent of the country’s valuable agricultural land unusable. 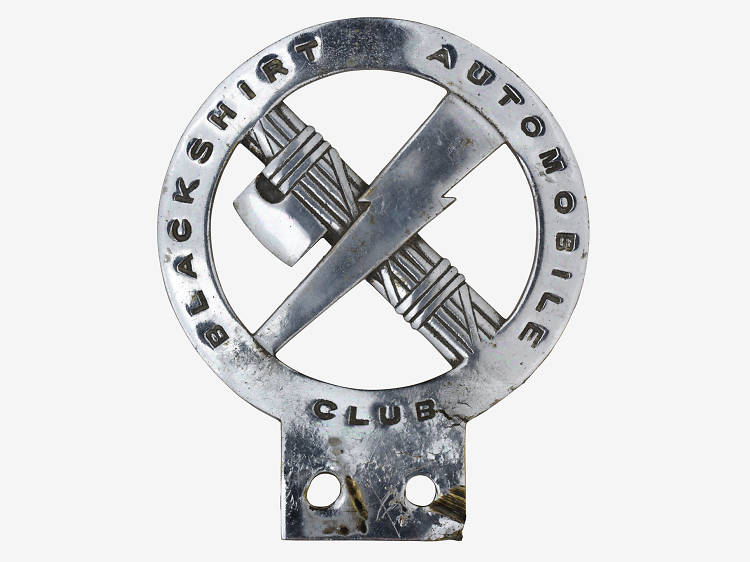 Inspired by Benito Mussolini, Oswald Mosley’s ‘Blackshirts’ movement was openly anti-Semitic and violent. At its height, the British Union of Fascists (the Blackshirts’ official name) had 50,000 members, although many early supporters (including the Daily Mail) distanced themselves as the group’s stance became more aggressive. This badge, sporting the axe and lightning bolt of the party’s old and new flags would have been owned by a proud member, happy in the knowledge that he was entitled to roadside breakdown cover with complimentary racism.
Advertising 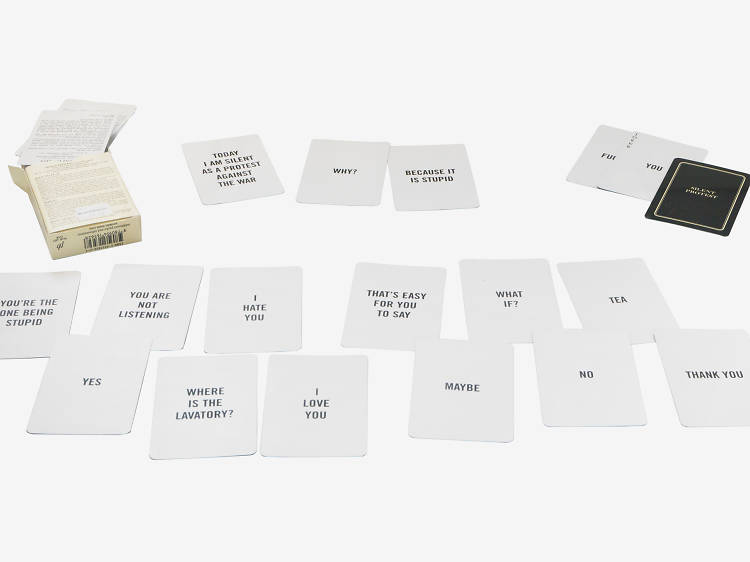 The road to hell is paved with good intentions and pictures of Tony Blair’s face. Artist Bill Drummond published these playing cards in 2002 in protest at the ‘War on Terror’ so that ‘players’ could ‘go for a whole day without uttering a single word, to bring about the end of the war’. Cards allow players to converse naturally, with 48 conversational phrases such as: ‘yes’, ‘harder’, ‘I love you’ and ‘I hate you’. The jokers of the pack have the phrases ‘me’ and ‘you’ while the last two cards are blank, insinuating that while the ‘player’ might be protesting, they may not necessarily have anything to say. 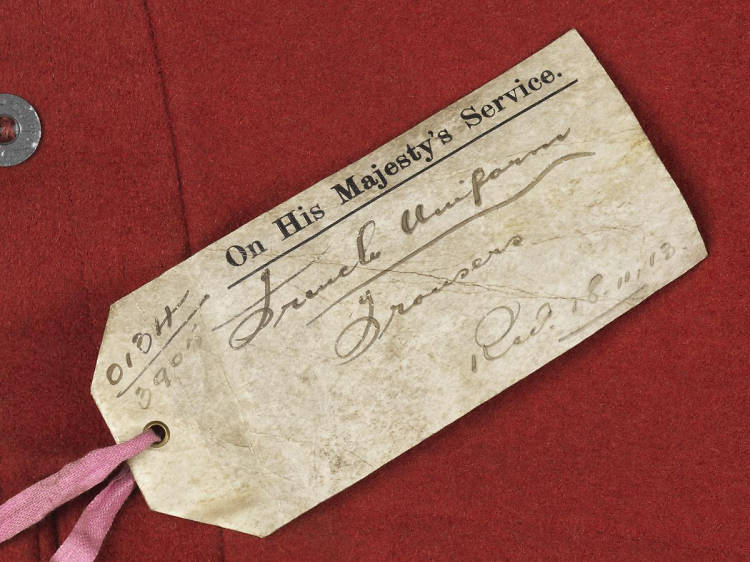 6. Uniform of a French Private of the 5th Infantry

Worn at the beginning of World War One, this uniform shows how wildly unprepared the world was for modern warfare. Politicians had resisted any changes to the outfit, arguing that heroes should dress as such, particularly in the case of the red trousers – as red was the colour of French bravery and superiority. The red fabric proved fatally easy for snipers to pick out, though presumably the corpses of French soldiers looked suitably heroic.
Advertising 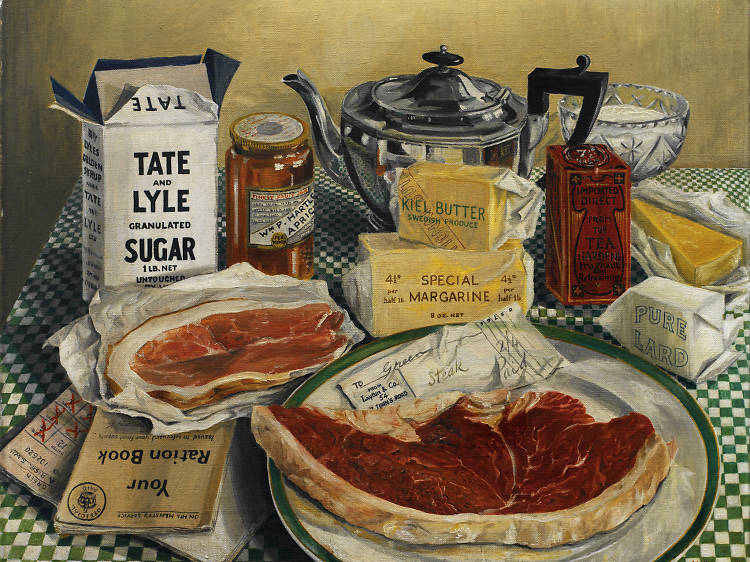 Less than a year into World War Two, rationing began in Britain. It was enforced for over 13 years, and not officially lifted until 1954. This painting shows a week’s rations for a family in 1941. The cheese allowance was around 14g: not enough for a decent sandwich.

Discover the best of London's museums 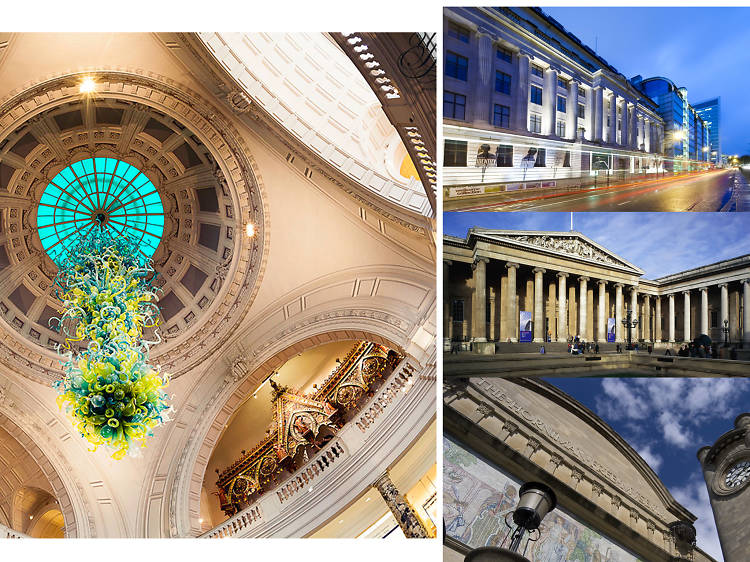 The wonders of London's museums