In April 1966, Time magazine labelled London ‘The Swinging City’. The same month The Beatles started recording ‘Revolver’ at Abbey Road. The LP’s cover was by German artist Klaus Voormann, whose work was heavily influenced by naughty Victorian illustrator Aubrey Beardsley. It’s no coincidence that a popular Beardsley exhibition had opened at the V&A earlier that year. Inside, the influence of LSD was hardly subtle: many of the lyrics of ‘Tomorrow Never Knows’ are taken straight from Timothy Leary’s acid manual ‘The Psychedelic Experience’. The Beatles were bang on trend (Victoriana and hallucinogens) as always.

The UK underground arts scene was born out of childhoods spent surrounded by the bleak aftermath of the Second World War. Young Brits in the 1960s were the first generation to find themselves with money and they created their own culture around clothes, music and drugs. Avant-garde artists, rock ’n’ rollers and beat poets from the US were key sources of inspiration. In June 1965 the Royal Albert Hall hosted the International Poetry Incarnation, where 7,000 people watched the likes of Allen Ginsberg, and went on to be inspired to create all manner of underground publications, artworks and musical projects.

An Irish dancehall on Tottenham Court Road was home to London’s first underground club, UFO, which ran from Friday night until the buses started running again on Saturday morning: conveniently, the same length of time as an acid trip. With house bands including Pink Floyd and The Crazy World Of Arthur Brown, it became so popular that it relocated north to the Roundhouse, which became a target for police drug raids.

The anti-racist mission of the London Free School was firmly in mind when it set up the Notting Hill Fayre in September 1966 with the help of community leader Rhaune Laslett. The area around Notting Hill Gate was a haven for counterculture, and its epicentre was Release, a centre offering round-the clock support to the community, and in particular to young Londoners who found themselves in trouble with drugs and the law. The Fayre was key in the evolution of what we know today as Notting Hill Carnival.

In 1967, two graduates from the Royal College of Art launched ‘Twiggy Dresses’. Each design was approved personally by the fashion icon. The popular brand lasted three years, but was unable to keep up with demand – clearly the six-to 12-guinea price range was just too affordable. Now everyone could dress like a supermodel.

The late ’60s saw London at its most rock ’n’ roll, launching international megastars like Jimi Hendrix alongside its homegrown talent. In the summer of 1969 the second of two free concerts in Hyde Park saw the Rolling Stones play their first full UK show in three years, with new guitarist Mick Taylor replacing the band’s founder, Brian Jones, less than a week after he was found dead in his swimming pool. There are said to have been up to 500,000 people in the crowd: more than three times the size of Glastonbury. 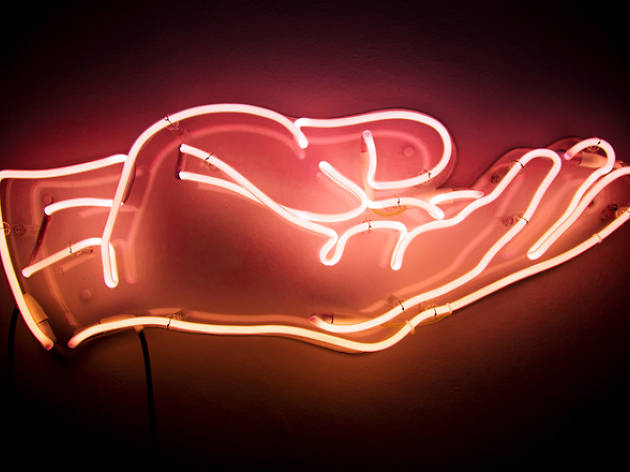 Soak up some culture at one of London's many exhibitions. Whether you want to see paintings, photography, fossils or washing powder packaging through the ages, there's an exhibition to suit your mood. Here's your guide to all the best, new and weirdest exhibitions on in London right now.