Advertising
In 2012, 5.6 million people visited the British Museum. But ticketed blockbusters aren't what make London's museums the most popular in the world. Their vast permanent collections are free of charge – and too good to be hogged by the tourists. Here are 10 of the city's most unique and idiosyncratic treasures. 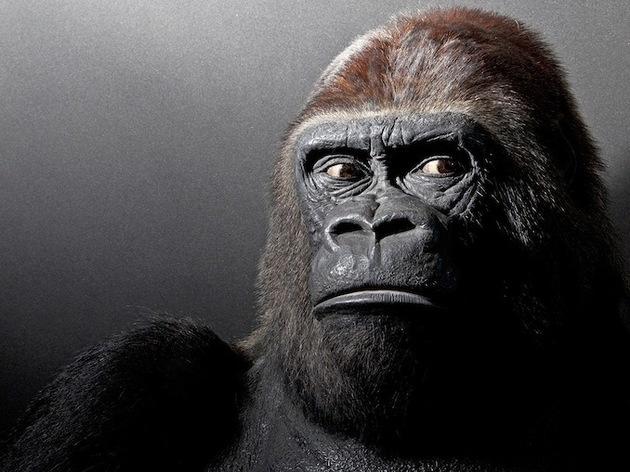 A gentle giant who was the star of London Zoo in his day, Guy arrived in the capital from Africa with a bang, on Guy Fawkes Night 1947. Clutching his hot-water bottle, the young western lowland gorilla was so terrified of the city fireworks that a keeper had to sleep next to him all night. Despite occasionally losing his temper with tourists, Guy was famously kind to the sparrows who flew into his enclosure – he would pick them up carefully, look at them, then let them go. When he suffered a heart attack while at the dentist in 1978, an autopsy revealed that the 240kg bird-lover had been obese. But that wasn’t the end for Guy, whose body was brought to the Natural History Museum and prepared for display. He now presides over the new Treasures Cadogan gallery at the Natural History Museum, where visitors love him just as much in carefully taxidermised death as they did in life. 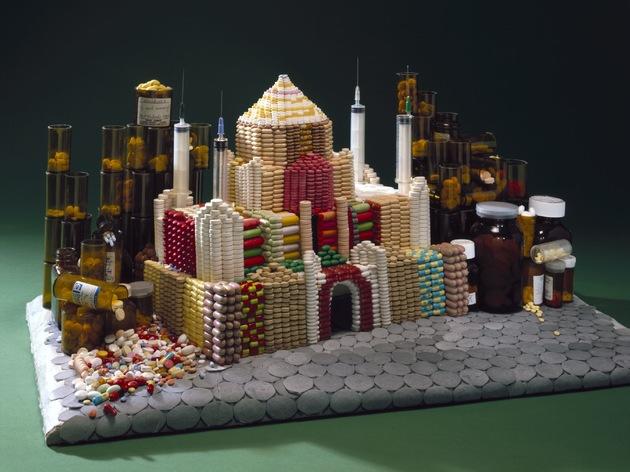 The Science Museum is home to the first steam engine, first computer and first samples of penicillin – great objects that could be classified as some of the most important exhibits in any museum in the world. Easily overlooked among these giants of science is this fascinating and beautiful curio. ‘Palace of Pills’ was built in 1980 out of medicine bottles and syringes by artists Peter Dunn and Loraine Leeson. It was used as a model for a poster campaign by the East London Health Project, which was pro NHS and anti big pharma. The pill palace was a warning about the commercialisation of medicine and the power of multinational drug companies – things that London campaigners are still getting exercised about today.

ALSO SEE Progress, industry and things that go ‘bang’ when you pull a lever. 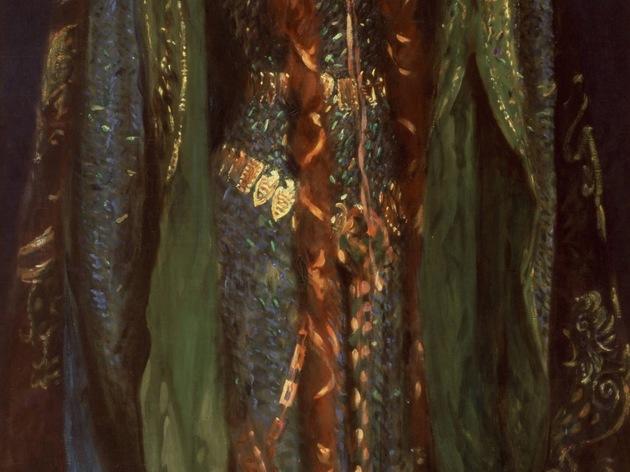 Beetlemania first hit London not in the 1960s but the 1880s, when legendary actress Ellen Terry wowed the crowds by playing Lady Macbeth in an iridescent dress made out of thousands of real insect wings. Portrait artist to the stars John Singer Sargent persuaded her to sit for him in costume in 1889. The sight of Terry arriving in full winged glory at his Chelsea studio prompted Oscar Wilde to write: ‘The street that on a wet and dreary morning has vouchsafed the vision of Lady Macbeth in full regalia magnificently seated in a four-wheeler can never again be as other streets: it must always be full of wonderful possibilities.’ We think that means he liked it.

ALSO SEE The best of British art from 1500 to the Turner Prize. 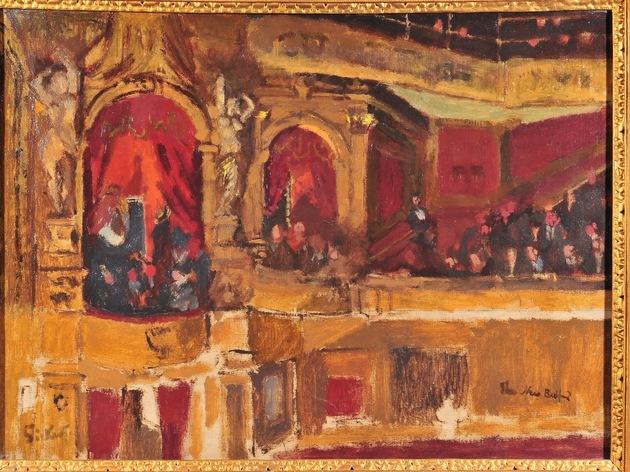 Bohemian artist Walter Sickert spent the turn of the twentieth century hanging out in Camden’s answer to the Moulin Rouge, infamous music hall the New Bedford (pictured in his 1915 painting, above). Here, rowdy working-class punters mingled with the literati to drink and ogle showgirls and relish acts like innuendo queen Marie Lloyd, who could make the most innocent phrase sound utterly filthy. The Bedford’s most talked about showgirl was Cora Crippen, stage name Belle Elmore. She was at the centre of a tabloid-fuelled  mystery when she disappeared in 1910 and her husband, Dr Crippen, tried to skip the country with his mistress disguised as his son. After the dismembered remains of a woman were found in the doc’s nearby flat, he was hanged – though DNA analysis has since cast doubt on his guilt. Sickert’s fascination with the murder of a Camden prostitute saw him accused of being Jack the Ripper, most famously by American writer Patricia Cornwell, who ripped up one of his paintings in her search for clues. Charlie Chaplin and Gracie Fields are both said to have walked the boards at the Bedford. Before it was torn down in 1969, the young Peter Sellers lived in a flat above the theatre on Camden High Street, with his revue-performer mother.

ALSO SEE As new exhibition ‘The Story of Music Hall’ shows, highbrow and lowbrow art, design and fashion meet at the V&A. 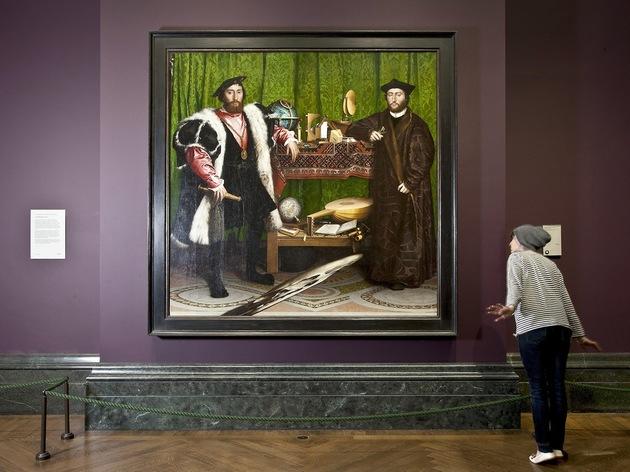 German painter Hans Holbein hit the big time when he moved to London in 1526, becoming one of the most celebrated portraitists of his era. The two hirsute young hipsters in this 1533 work are Jean de Dinteville, French ambassador to the court of Henry VIII, and Georges de Selve, bishop of Lavaur. But they’re upstaged by the weird warped skull in the foreground. The ‘anamorphic’ technique Holbein used means that to see it as a cranium, and not a sinister blur, you have to go to the right of the painting and crouch. Helpfully, thousands of skull-seekers over the years have worn a mark on the floor in the correct spot. Holbein wasn’t just showing off his skills here – the death’s head is a nod to De Dinteville’s motto ‘Memento mori’, Latin for ‘Remember you will die’, a cheery theme in Renaissance art. It’s probably something the young Hans remembered very well as he succumbed to the plague in London in 1543.

ALSO SEE A huge collection of works by masters as Van Gogh, Rembrandt and Titian. 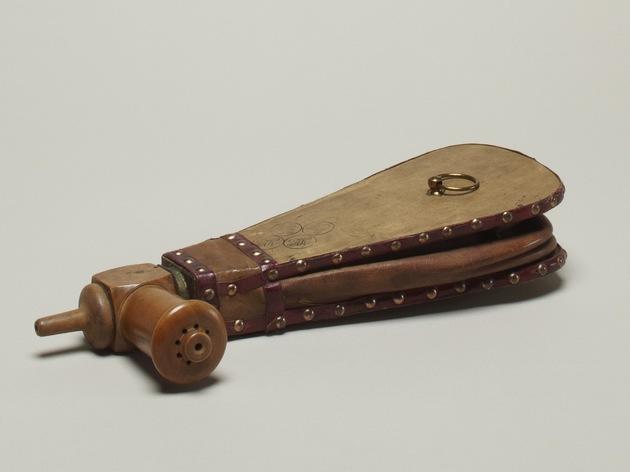 Pre-sanitation, falling into the Thames was a mucky business. So spare a thought for the Londoners who were pulled out of it only to have hot tobacco smoke pumped into their bumholes by passers-by. Reviving a victim of drowning by blowing smoke up their rectum seems strange, but it made sense to eighteenth-century doctors, who treated the ‘apparently dead’ with warmth and stimulation. ‘Resuscitators’ like this 1774 model were placed along the Thames like lifebuoys. The Royal Humane Society offered rewards for their successful use, and to landlords who provided tables for emergencies. Astonishingly, it was another 200 years before smoking in pubs was banned. 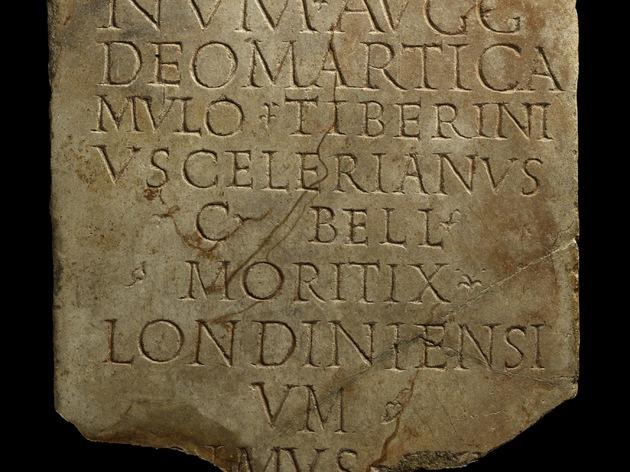 This marble tablet, found in 2002 in Southwark, is the first record of someone calling themselves a Londoner. Life in Londinium was a risky business. It was founded as a Roman city in AD 43, but burned down shortly afterwards – a metre-thick layer of charred earth under our modern streets marks Queen Boudica’s rampage in AD 60. This stone dates from AD 160, by which time Boudica was long dead (and, as legend has it, buried under King’s Cross station). It was dedicated ‘to the god Mars Camulus’ by one Tiberinius Celerianus, seafarer. Researchers think he may have been thanking Mars for a safe journey. Perhaps he was the first Londoner, bloated with honeyed wine, to find a chariot that took him south of the river after curfew? 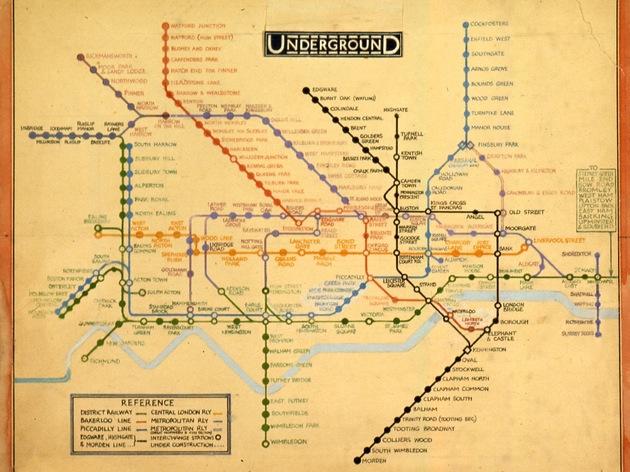 Tube map mash-ups weren’t invented by the digital generation. The first one dates all the way back to 1933 and appeared in the London Underground’s own staff magazine, spoofing the notion that the recently introduced Tube map designed by draughtsman Harry Beck had been modelled on an electrical circuit diagram. Beck had invented this dramatic new style of map in 1931 and pictured here is the design he submitted to London Underground. They turned it down at first, confused by Beck’s decision to simplify the complex geography of London’s netherworld, but agreed to try it out in 1932. The Tube – and countless other underground networks all over the world – still use Beck’s ground-breaking ideas today. And it’s probably the most parodied map in history.The complexities of the Tube have always required innovation. When the first line was opened 150 years ago in 1863, the problem was steam and smoke from the engines. The Metropolitan Railway A class 4-4-0T steam locomotive was built in 1866, with condensing equipment to minimise steam leakage. Presumably this was deemed more effective than the drivers’ solution, which was to ask for leave so they could grow beards in the hope a hairy chin would protect them against the vile stench. 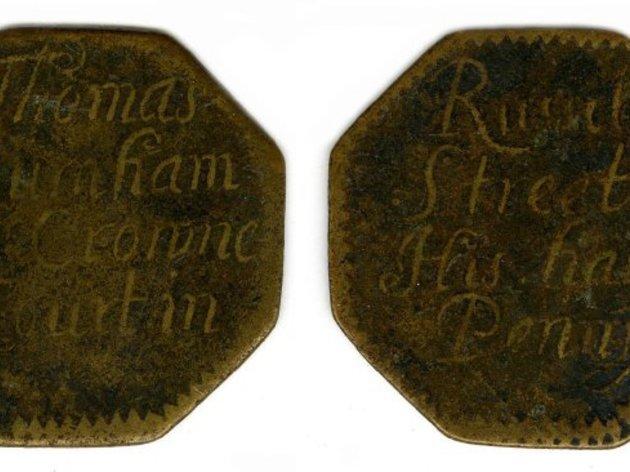 You might feel very twenty-first-century ordering your flat white from your favourite espresso bar each morning, but according to the British Museum, London café culture had a similar boom back in the mid 1600s. Taking clues from a haul of London Tokens – essentially engraved coins issued like vouchers by independent shops – museum bods found coffee houses were thriving on London high streets in the seventeenth century. Known as gossip shops, the cafés saw men pop in for a Turkish brew and catch up on the latest news and tittle-tattle. The owners – facing a shortage of small change during the tumultuous English Civil War – demonstrated an early spirit of recession-hardy enterprise by plugging the deficit with their own embellished tokens. London Tokens can be found in the Citi Money Gallery in the British Museum.

ALSO SEE Millions of other objects from all over the world and the British Museum's soaring Norman Foster glass dome, under which they serve a very decent coffee. British Museum 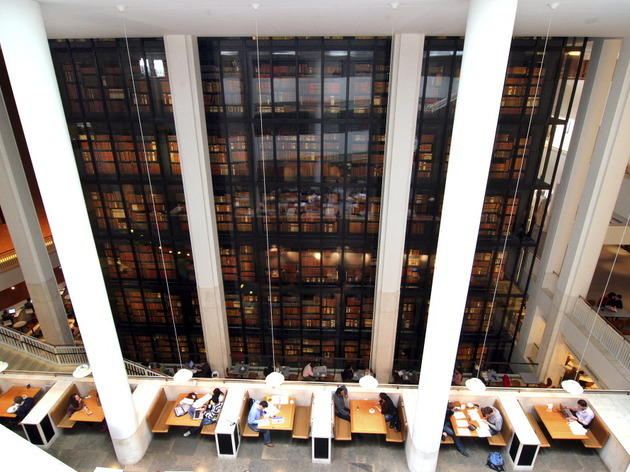 When Shakespeare’s First Folio – the first collected edition of his plays – was published in 1623 it cost £1. That’s no mean sum, as it is probably equivalent to around £100 today. Now, though, it is worth considerably more – the last First Folio to be sold publically fetched £2.5 million at auction and other copies are valued in the tens of millions. Considering its worth, it’s not a particularly scarce book – there are at least 230 in existence – but only 40 or so are deemed ‘complete’ and all are of interest to scholars because their fragility, heritage and previous ownership means each is in some way different to its kin. The British Library owns five First Folios – by comparison, the Folger Shakespeare Library in Washington DC has around 80, the largest collection in the world. The First Folio is important for any number of reasons, but it’s particularly valuable because it contains what is acknowledged as one of only two authentic engravings of the author’s face. It was executed by a Flemish artist, Martin Droeshout, who was able to draw on the memory of Shakespeare’s friends, one of whom, Ben Jonson, attested to the portrait’s accuracy in his introduction to the First Folio.

ALSO SEE Pretty much every book that's printed in Britain, if you join the British Library.

Find more great things to do in London 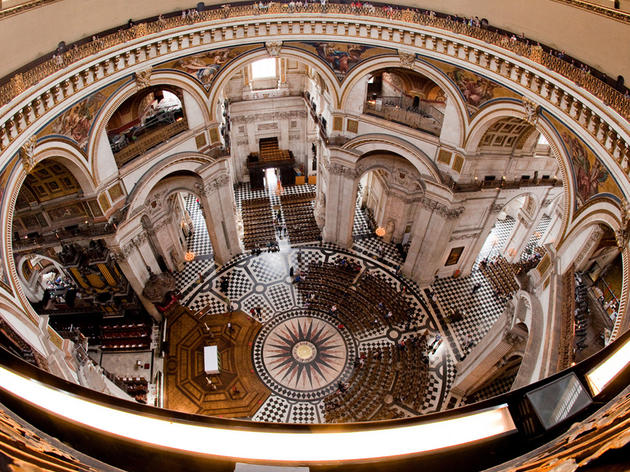 London is a treasure trove of brilliant days out