With strong cocktails and excellent vibes once you get upstairs, this Pioneertown-inspired bar is the least douchey new rooftop in Hollywood.

Located in the same hotel as Ka’Teen, Desert 5 Spot desperately wants to be your favorite relaxed, yet stylish nightlife destination the next time you feel like going out in Hollywood. (This assumes, of course, you want to patronize the much-maligned area at all.) Cowboy-chic design inspired by Joshua Tree and Palm Springs and an indoor-outdoor layout identical to sibling spot Bar Lis definitely put this surprisingly laidback rooftop bar in the running. That being said, plenty of fierce area competition—including Mama Shelter on the next block and the bar’s more stuck up, French Riviera-inspired twin—prevents it from definitively leading the pack.

Nevertheless, for a mellower evening, you might actually prefer Desert 5 Spot. The vaguely Western bar possesses a unique, oddly winning combination: breathtaking city views, live rock and country music and the rare L.A. crowd that genuinely, unironically enjoys dressing in theme. Named after a Mojave wildflower, the Tinseltown simulacrum of a country saloon has myriad charms, from a blinking pseudo-broken neon sign to the cactus-shaped cocktail glass that carries the mezcal-based Ring of Fire. Weekly line dancing classes on Wednesdays draw country enthusiasts on the slowest day of the week, while Desert 5 Spot’s still-quite-flashy aesthetic appeals to out-of-towners and more casually dressed locals hoping to score drinks and a view without significant hassle. Downstairs, kindly humor the doorman who asks if you’re on the guest list in a smoke-and-mirror show of artificial demand.

Once you actually get to the roof, it’s all good vibes from there. Within Desert 5 Spot’s open-air interior, which looks virtually the same as the setup at Bar Lis, the house band goes on nightly starting around 10pm, transforming the area in front of the stage into a small dance floor with a little spillover onto the outdoor patio. Before then, the bar’s vibe skews more mellow hangout than upscale hoedown, thanks to plenty of open seating areas and tables both inside and out. Heavy on tequila and mezcal, the bar’s specialty cocktails are colorful, pricey and refreshing. The drinks’ whimsical names take inspiration from country music greats like Johnny Cash (the aforementioned Ring of Fire, Walk the Line), Dolly Parton (Jolene, 9 to 5) and Charlie Daniels (The Devil Went Down to Georgia), and there’s even a giant cactus-shaped cooler full of margarita for large groups.

All things considered, Desert 5 Spot is a stylish addition to L.A.’s small coterie of American West-themed bars, and feels like a much-swankier, more adult version of TikTok influencer favorite Saddle Ranch in West Hollywood. The slightly kitschy aura contributes to Desert 5 Spot’s appeal as a casual rooftop bar, and its overall approachability sharply contrasts with its much snobbier identical twin around the corner (both Bar Lis and Desert 5 Spot are run by Ten Five Hospitality). In a roundabout way, the weekend crowd almost resembles the Bungalow in Santa Monica—indicating that this relatively new bar might be the next great singles’ watering hole in Central L.A. Keep in mind, however, that there’s no food menu available, so plan accordingly; with a little luck or advance booking, you might be able to score a few pregame bar bites at Ka’Teen, just downstairs.

The vibe: An upscale, vaguely Western themed casual rooftop bar with live music and a crowd that unironically enjoys dressing up in cowboy boots.

The food: None available, though similarly destination-themed Ka’Teen on the ground floor of the hotel offers excellent Mexican small plates for those that can actually snag a table (it's normally fully booked) or an open seat at the bar.

The drink: A breezy, well-curated cocktail menu that leans heavy on tequila and mezcal, as well as a small selection of wine and beer. While the cactus-stemmed Ring of Fire—made with mezcal, chile liqueur and prickly pear—and bright blue Walk the Line might catch your eye around the bar, the 9 to 5 made with cucumber, matcha and celery is a sleeper hit you don’t want to miss.

Time Out tip: Lean into the theme with a little Western attire of your own. Why not? 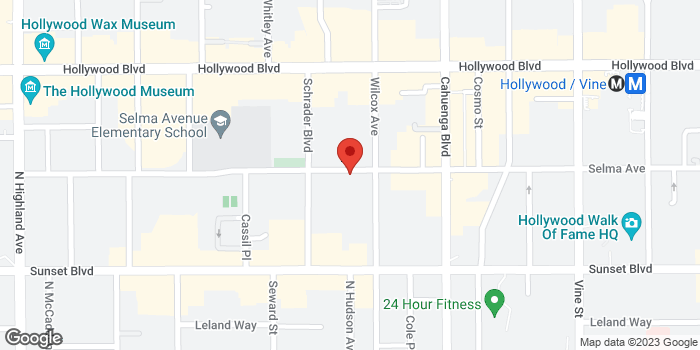