We tend to just assume that our favorite comedy shows aren't leaving L.A.'s best comedy clubs anytime soon. Of course Asssscat will always be UCB's go-to show. Hot Tub? See you at the Virgil on Monday, Kurt and Kristen. And the Meltdown? Well, we actually have some bad news about that one.

The Meltdown with Jonah and Kumail—which almost single-handedly put the NerdMelt Showroom on the comedy club map with its Wednesday night shows—will close out its six-year run on October 19.

Hosts Jonah Ray and Kumail Nanjiani, along with producer Emily V. Gordon and tech Ed Salazar, penned a letter on the show's website simply explaining that it just feels like the right time. "We know we’re going to feel absolutely awful that first Wednesday that we aren’t high-fiving you into the room, but everything has to come to an end at some point," they said. 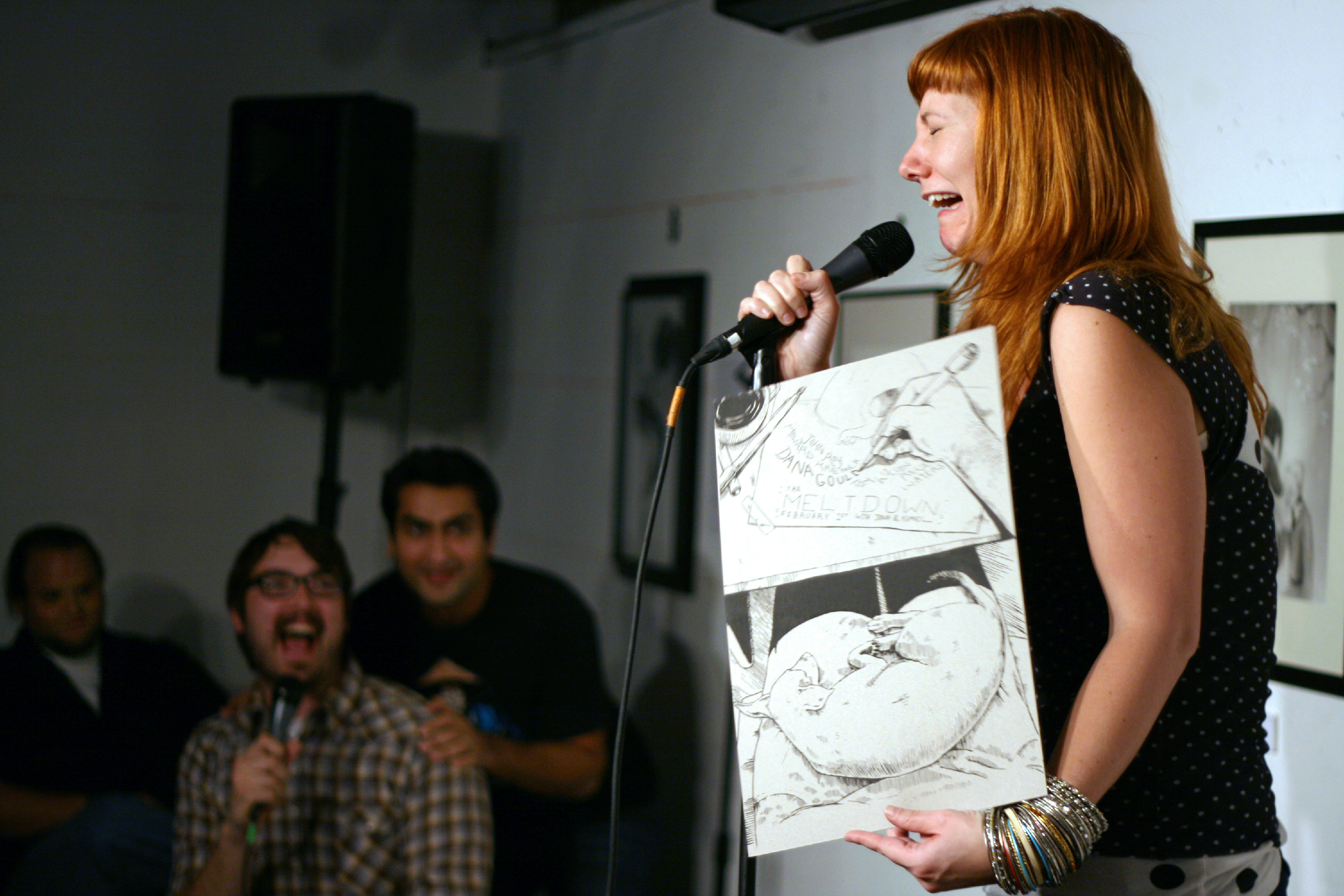 The Meltdown became a must-see for anyone looking for belly laughs from both up-and-coming and established comedians—Louis C.K., Aziz Ansari and even the late Robin Williams are among those who've turned up for the weekly gig. The show even spawned its own Comedy Central series, which starts its third season next Tuesday.

The stand-up show, which consistently sells out in advance, will continue normally until its October finale. That show will begin at 7:30pm instead of the usual 8:30pm start time to make room for what its hosts are teasing as "a barn burner."

While we're sure the comedians will all stay fixtures of the L.A. stand-up scene, for now you'll have to get your fix outside of the Meltdown. Jonah Ray co-hosts The Nerdist Podcast as well as the upcoming Mystery Science Theater 3000 revival. Nanjiani stars in Silicon Valley and co-hosts the video game podcast The Indoor Kids with Gordon, his wife and onetime NerdMelt program director.

Check out the full text of the letter below:

After six years of putting our blood, sweat, and urine into a live show every Wednesday, we have decided that it’s time to hang up our spurs on The Meltdown with Jonah and Kumail. When we started this thing in 2010, we only wanted a fun place to do comedy and hang out with our friends.

And things were so different- The tech area was in the middle of the room! There was even less air conditioning than now!

We never imagined how much we’d get out of this experience- we’ve gotten ridiculous memories, we’ve gotten three seasons of a TV show on Comedy Central, and we’ve gotten the best damn audience on the planet. Putting on a weekly show for your wonderful faces has been an honor, and we love you all indefinitely. We love the regulars, we love the newbies, we love the people who bring their parents. Comedians around the country speak of our audience with awe and admiration. We have been spoiled by you. We know it.

So while we are sad to end the show after six years, it just feels like the right time for us. We know we’re going to feel absolutely awful that first Wednesday that we aren’t high-fiving you into the room, but everything has to come to an end at some point.

Our final show will be on October 19th, and that show will start earlier, at 7:30pm rather than 8:30pm, and it will be a barn burner. Up until then it’s business as usual.

Thank you to the hundreds of comedians that have graced our stage over the years; thank you to Meltdown Comics, our home and second family; thank you to our staff, on loan from NerdMelt, who work incredibly hard and remind us why this is so fucking fun to do; thank you to Mike Rosenstein and Lance Bangs, who saw a TV show in us when we didn’t see one in ourselves; thank you to our Comedy Central family for letting us put this on TV; thank you to Dave Kloc, being your muse has meant to much to us; thank you to Tyler Ross, who knew before we did how important it was to document what was happening here; thank you to anyone who’s written a nice thing or a not nice thing about our show; thank you for coming to the show once or a hundred times; and thank you to anyone who has had the guts to get up on stage and talk into a microphone. We are enamored with standup comedy- we were when we started, and we still are. We’re excited to see what will come next and make us look like irrelevant dinosaurs.

Don’t stop coming to the shows before they’re over please. And don’t stop being the positive badass beautiful creative motherfuckers you have been for all these years.