For the past quarter-century, L.A.'s hip-hip history could practically double as a Dr. Dre biography. His imperial co-sign and indelible beats helped launch the careers of N.W.A. and Snoop Dogg, Warren G and Tha Dogg Pound, the Game and Kendrick Lamar. His latest protégé, psychedelic rap and soul fusionist Anderson .Paak, might be the biggest breakout star of 2016—pretty good for a headphone billionaire who's about to blow out 52 birthday candles.

In recent years, however, there are signs that Dre's monopoly is slowly dissolving. A new generation of artists has absorbed the street wisdom and hydraulic bounce of its predecessors, but pushed the sound forward to match today's eclectic, social-media-obsessed era. There's Dre's fellow Compton native, YG—the Snoop of the Snapchat era—who released this year's most scathing political anthem, "FDT (Fuck Donald Trump)." There's Long Beach's Vince Staples, arguably the greatest chronicler of inner-city rivalries since Ice Cube. Meanwhile, TDE remains the most influential West Coast independent label since Death Row. And you can't forget Interscope gangsta-rap pragmatist and Rihanna favorite, Boogie, or Odd Future, who built a fluorescent carnival empire on the fringes of rap and skate culture.

Here we highlight the rising stars next in line: artists beloved on blogs, in pop-up shops on Fairfax Boulevard and on the grittier expanses south of the Santa Monica Freeway but who have yet to infiltrate the mainstream. They're different ages, ethnicities and genders, but they are united by their rare talent, their refusal to conform to industry cliché, and the fact that most of them grew up in Inglewood and South Central.

Rasied on the titans of gangsta rap, they used YouTube, SoundCloud, Twitter and Facebook to build die-hard fan bases, rather than radio and major-label money. If the last generation glamorized gang life, this one respects the tradition but makes sure to show the consequences. They're entrepreneurial, wary of institutions and ready to take over.

The new faces of L.A. hip-hop 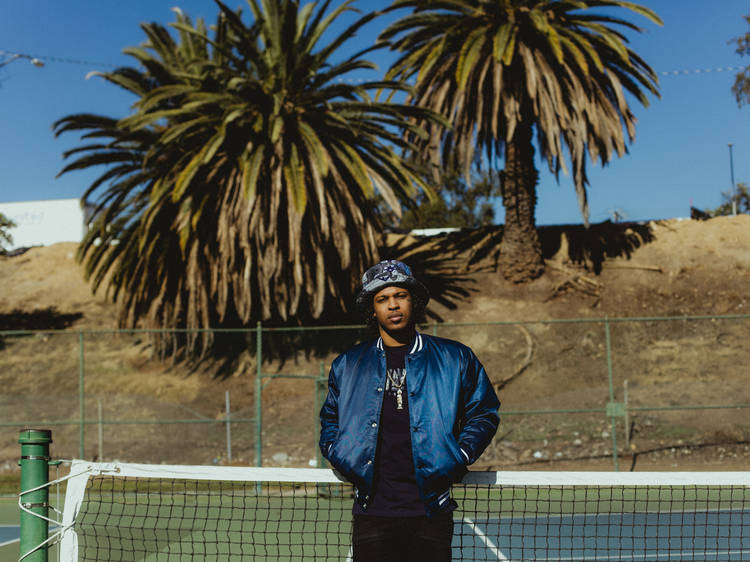 The first thing you notice about G Perico is his hair. It's a Jheri curl so lustruous, you'd think Eazy E's spirit offered a special-made activator gel. Yet it's the South Central rapper's sneering alto timbre and kinetic 'hood chronicles that make him the city's best unadulterated gangsta rapper in more than a decade.

G Perico falls somewhere between gangsta- and pimp-rap legends DJ Quik and Too Short, combined with the entrepreneurial savvy of 50 Cent. For the past two years, the 28-year-old has owned and operated his own store, So Way Out, not far from the 111th-and-San Pedro turn where he grew up.

"I'm a natural gangster," he says matter-of-factly. "I was raised and groomed to be a gangster, but I just got this gift that's taken me [away from gang life]."

Despite his dark tales, G Perico preaches a positive message. He mentions his friends, many of whom are dead or in prison, and claims music offered him a second chance and a path out. The major labels are calling, but he's waiting for the right partnership. Though his lyrics bear close thematic similarities to past icons, G Perico has added new cadences, urgent beats and the untold stories of those sitting in cells or lying in caskets.

"Gangsta shit never gets old," he says. "People still talk about Scarface and Bugsy Siegel almost a hundred years later. I'm talking about similar things but in a fresh and evolved way." 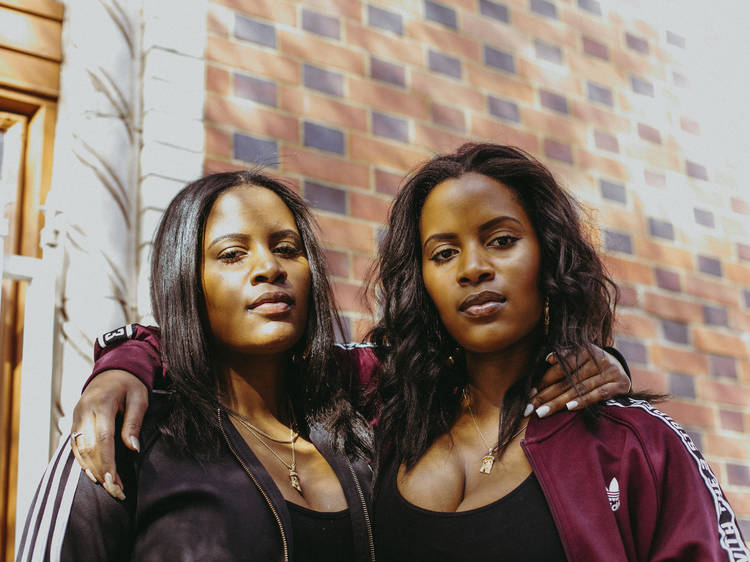 The Inglewood-raised identical twins first rose to fame at 16 as two fifths of the legendary Pink Dollaz. The group provided the female face of the jerkin' rap phenomenon that swept L.A. high schools in the late aughts and, after it broke up, the sisters formed the most ferocious sibling duo since the Clipse. They aren't just the best female rappers in L.A.—they're two of the best rappers, period.

"All the decisions we've made as artists are to set us up for the long run," says Cam. "We're focused, consistent, always in the studio and trying to get our pen game up."

"We're two black girls that are speaking their minds and their truths," adds China.

Their truths can be obscene or filled of emotional vulnerability. See "In My Feelings," which invokes shower sex, riding like a killer and a slinky hook about "the sun coming out right now." Other salvos take equal aim at trifling men and petty females. Still just 24 years old, they boast the confidence of veterans and chops honed from innumerable hours practicing their craft.

"We're connected on a deep level," Cam says. "We're rebellious and don't really care what anyone has to say. we want to show people the path to accepting themselves." 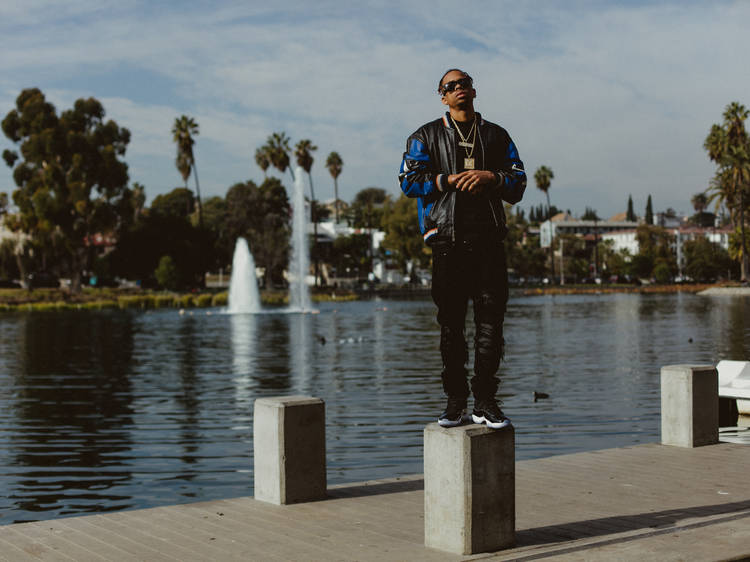 In 2015, South Central's RJ won all-city fame with the infectious "Get Rich." Its hook lamented the poverty of his youth and a post-adolescence spent dealing drugs: When he crooned "I'ma get richer than you," it sounded like a mantra and a vow—one that swiftly became true.

When RJ phones from Oakland, he's getting a foot massage prior to two sold-out shows that evening. "You've got to take care of your body," he says with a laugh, adding with more seriousness: "I've been on my feet a lot."

As one of the main supporting acts on YG's Fuck Donald Trump tour, he's had his first opportunity to perform before crowds beyond the West Coast. "I couldn't believe that they all knew the words," he says.

His background is incredibly eclectic: He was a high-school basketball star, spent time mired in the narcotics underworld of both Los Angeles and Atlanta and even worked as a firefighter. Now focused entirely on his music, he is budding street-rap royalty and was recently signed to Mustard's and YG's Interscope-backed 400 Summers imprint.

Offering subtle asphalt wisdom interspersed with swaggering bravado, RJ—who won't divulge his age—fits no easy stereotype. Case in point: He once showed up to an interview with a copy of Great Expectations in his back pocket, but pens lyrics like "I don't trust another that's headed all directions / Got them buyin' all the tables closest to our section / And known killers offering protection / That's what these guns are for."

"We brought a melodic sound to street music and made it popular again," RJ says when asked to explain his appeal. "Who doesn't want to know about the street life? The realer you make it, the more accepted you are in the streets." 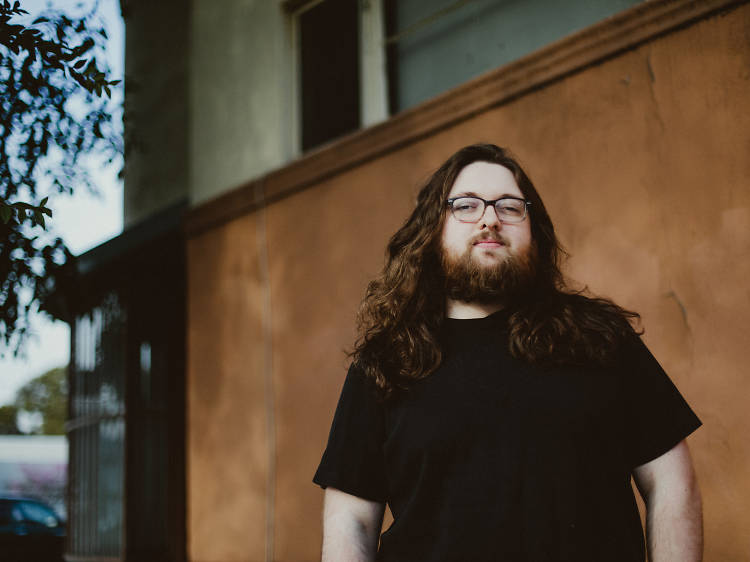 For most modern hip-hop artists, the underground is a form of purgatory, a place to impatiently wait for a seven-figure record contract, endorsement deal or, ideally, both.

For Jonwayne—born Jon Wayne—the subterranean offers a space for resistance and a way to align with a proudly submersive tradition. It's a garrison in which the hulking Birkenstock-clad, poetry-writing former high-school offensive lineman can unleash withering attacks on his artistically compromised competition and about the tragicomic pitfalls of modern life.

"I don't want to be famous; I've had tastes of that and I don't like it," the La Habra-raised Jonwayne says. "I want my work to be famous."

Before he hit his mid-20s, Jonwayne had released albums on Stones Throw and Alpha Pup, two of the most respected indie labels of the millenium. But seeking absolute independence, he recently launched his own Authors / The Order Label—partially inspired by the outsider mentality of his closest literary analogue, Charles Bukowski.

"The meaning of my life is the search for the meaning," Jonwayne, now 26, explains. "I'm never happy with my answers, so I just continue the search." 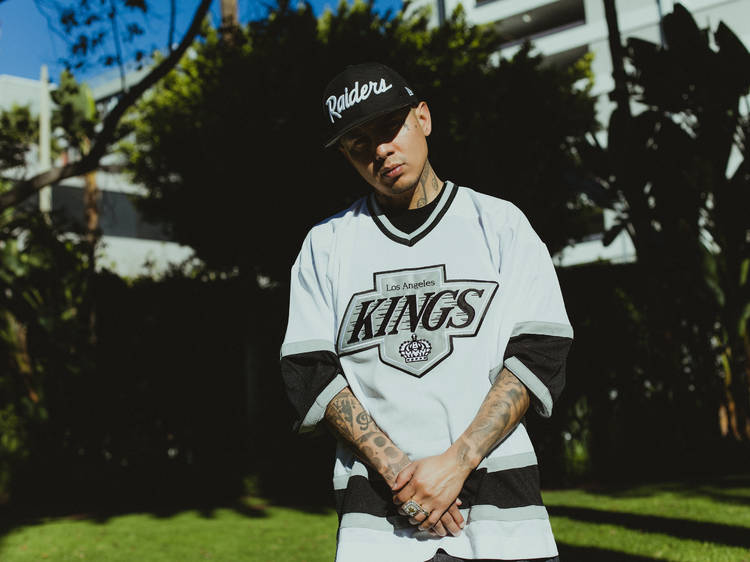 You'd have to go back to the heyday of Cypress Hill to find another local Latin rapper as popular as 30-year-old King Lil G. But don't reduce the Mexican-American rapper's appeal to identity politics. The Inglewood and South Gate-raised artist has a gift for articulating the struggle—one reminiscent of 2Pac.

See "Hopeless Boy" (15 million YouTube plays and counting), where King Lil G, born Alex Gonzalez, distills two hardscrabble decades in mere minutes. He traces his youth as a fatherless graffiti writer, gang member and drug dealer, poignantly recalling a scene in which his sobbing mother branded him as a disappointment. But beneath it all lurks an unremitting optimism, one rooted in the fact that if he was able to escape these traps, so are others.

Signed to Latin music powerhouse Del Records, King Lil G has recently gained a foothold far beyond L.A., including in Central and South American nations that usually pay attention to only the most commercial strains of hip-hop. It's another layer to the apostolic fan base he's nurtured since his days selling CDs at a swap meet in Compton. Mainstream or underground, few artists can boast as strong a connection to their fans as King Lil G.

"I'm speaking for people in the ghetto who don't have a voice," he says. "I'm trying to bring awareness to people. We have to love each other. The only way we can make a change is to become that change." 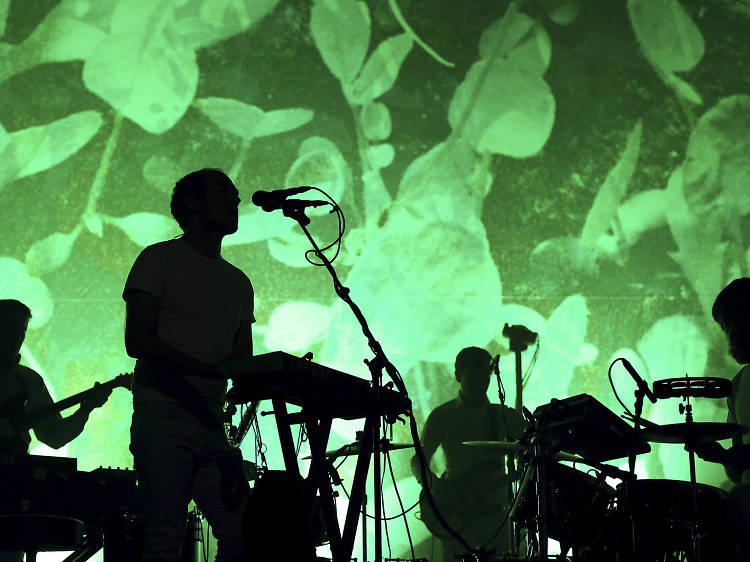 Whether you're looking for up-and-coming hip-hop artists or Coachella-caliber headliners, there's plenty of live music in L.A. every night of the week.