A guide to the best of Santa Monica

What’s the deal with Santa Monica?

Take a walk along the palm and eucalyptus-lined bluffs and it becomes obvious why tourists flock to Santa Monica. With the sandy beach on one side and lush mountains on another, it’s the essence of that postcard picture of Southern California’s coastline. You’ll find more than just a beach town, though; there are plenty of things to do in Santa Monica without setting foot on the Pier or Third Street Promenade, from fresh dinners prepared straight from the farmers’ market to bars with a view.

What will you find in Santa Monica?

You’ll find Santa Monica’s incredibly walkable downtown district roughly between Wilshire Boulevard, Lincoln Boulevard, Colorado Avenue and Ocean Avenue. No matter where you are within that grid, walk toward the ocean and you’ll stumble upon Palisades Park and pathways to the Santa Monica Pier. Venture southeast of the area and you’ll encounter a hip, more low-key stretch of shops and eateries along Main Street, continuing toward the Venice border near Rose Avenue. Meanwhile, northeast of downtown you’ll find posh spots along Montana Avenue.

Where exactly is Santa Monica?

Though most Angelenos consider Santa Monica part of L.A., it’s technically a separate city, surrounded on all land-facing sides by Los Angeles neighborhoods: Pacific Palisades to the north; Brentwood, West L.A. and Mar Vista to the east; and Venice to the south. Actually getting to Santa Monica is a challenge for most car-bound Angelenos thanks to rush hour gridlock on the Pacific Coast Highway and notoriously terrible traffic on the 10 freeway (traffic heading west into Santa Monica eases up a bit by 10am, while eastbound traffic out of the city is already starting to crawl by 2pm). Thankfully, the area is served by Metro’s Expo Line, with a station only blocks from the beach.

For stunning views of the ocean and Santa Monica Mountains, Palisades Park is the spot. You’ll find thicker crowds of tourists in the section of the bluff-top park by the Santa Monica Pier, so instead keep toward the northern Pacific Palisades-adjacent end.

The best of Santa Monica 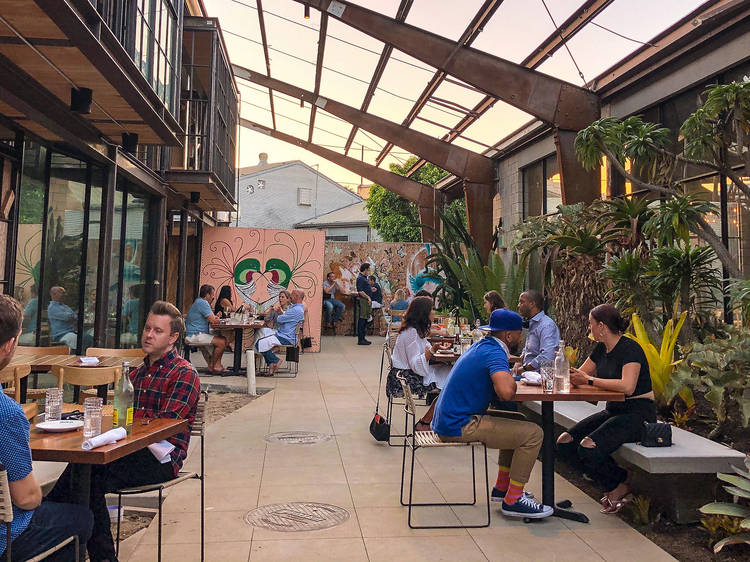 The best restaurants in Santa Monica

Check out our list of Santa Monica restaurants you shouldn’t miss—then get back to that beach life. 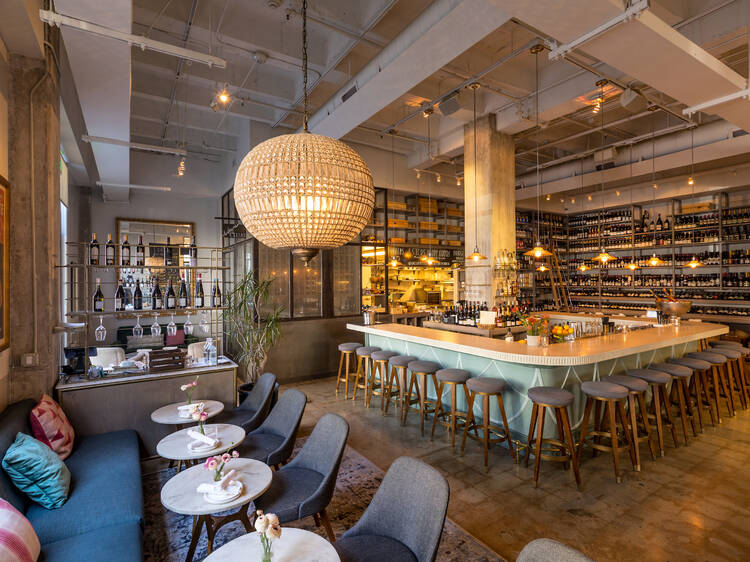 The best bars in Santa Monica

We’ve rounded up our favorite bars to frequent, whether you’re heading out for happy hour or clinking glasses well into the night. 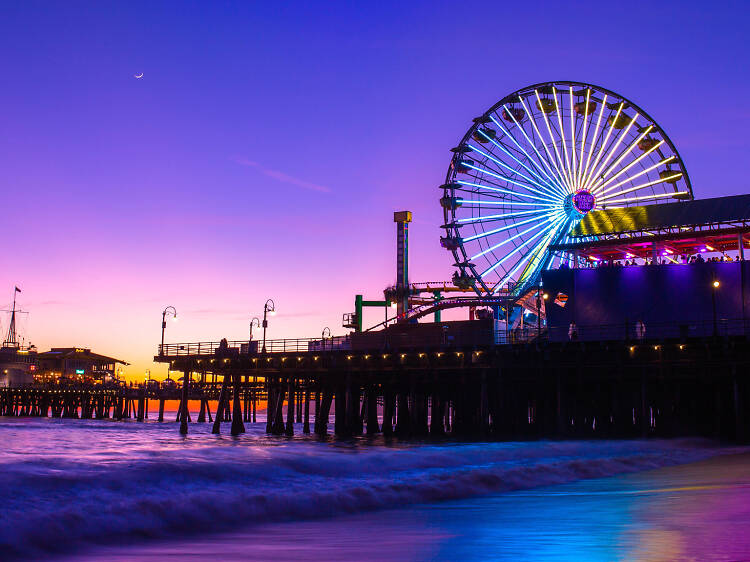 The 17 best things to do in Santa Monica

With the beach on one side and mountains on another, Santa Monica feels like a salt-air sanctuary carved into the L.A. coastline. 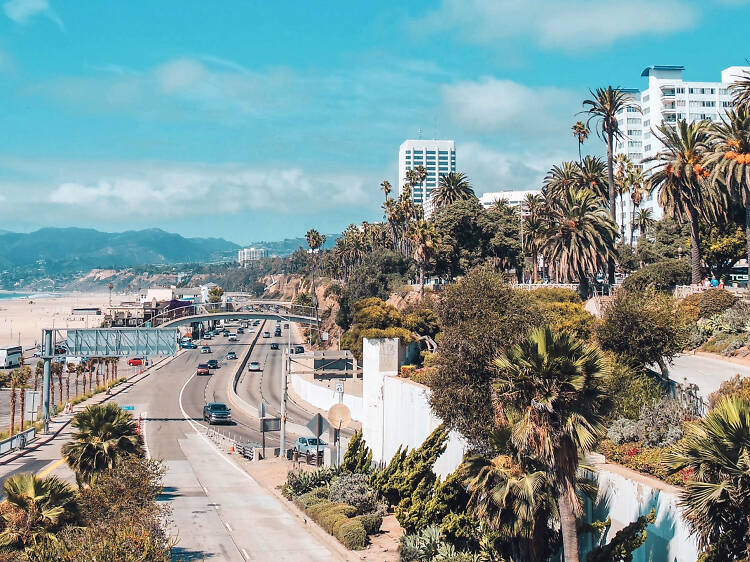 Here’s how to spend a perfect day in Santa Monica

Want to spend a day by the water without ever stepping foot on the pier? 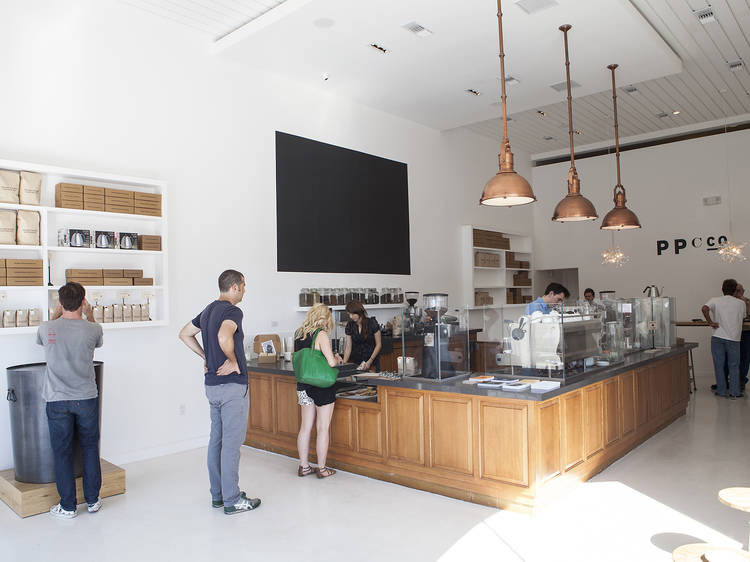 We rounded up the best coffee shops in Santa Monica for a cold brew, latte, espresso or whatever gets your heart palpitating. 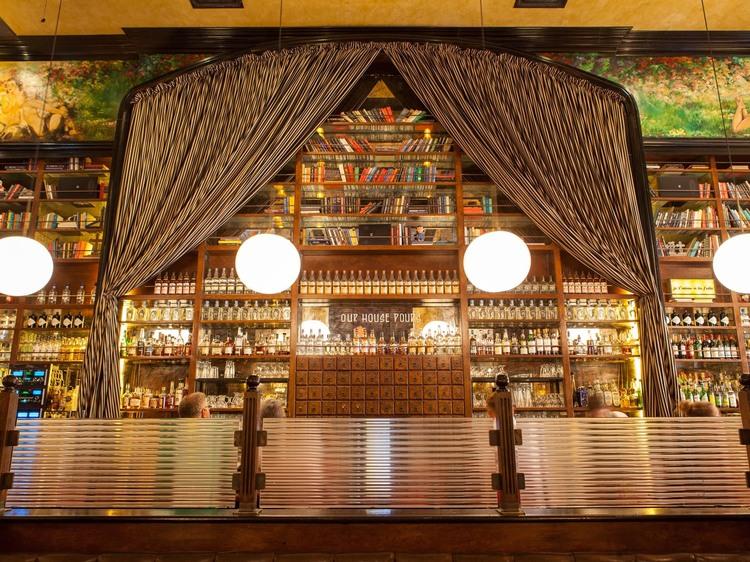 We rounded up the nine best happy hour spots in Santa Monica to unwind. 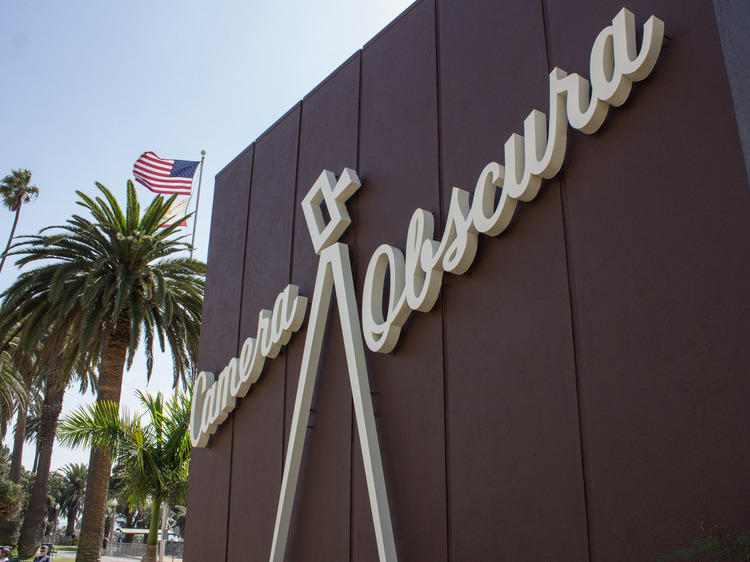 This old optical contraption is a historical and offbeat place to catch your breath and enjoy an ocean view. 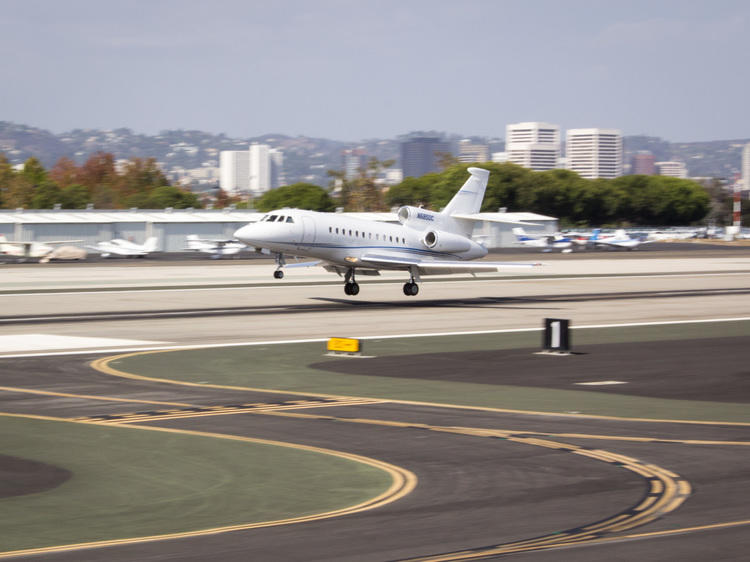 Santa Monica Airport’s public observation deck is the best place to hear the roar of jet engines only feet from an active runway.