The Old Hollywood haunt is back with dim sum and a gorgeous renovation.

For a 95-year-old restaurant and bar, West Hollywood’s Formosa Café is receiving a huge amount of new attention. In part, that’s due to the stunning reclamation of its former glories by the 1933 Group (they of Highland Park Bowl, Thirsty Crow and Idle Hour fame), and in part, it’s also because Angelenos have an intrinsic appreciation of old-school haunts—particularly those that’ve played host to some of the key names in Hollywood’s golden age. I wouldn’t be surprised if unearthed reservation books contained names such as Brando, Monroe, Sinatra, Wayne and Beatty, and it shouldn’t surprise anyone that the Formosa Café embodies that golden glow.

Against such a backdrop of A-list celebrity and its stunning renovation—which reportedly cost around $2.5 million and months of painstaking archive research to get things right—it would be easy for the food to become little more than a bit part player. However, with the new American-Chinese and Taiwanese menu from chef David Kuo of the much-admired Little Fatty, it offers far more than a simple something to chew on while you admire all the signed headshots on the wall.

The small menu contains many of Little Fatty’s signature dishes, all of which arrive readily from the kitchen. It’s split into dishes to share; dim sum; rice and noodles; and two desserts. Of the shared dishes, the braised pork belly ($20) was well received, but, it was the orange chicken ($16) and kung pao chicken ($15) that received most of the plaudits, particularly the former. The Szechuan eggplant ($13) and the beef and broccoli ($20) were the weakest of the bunch, with the eggplant lacking any of the mouth-numbing aspects of Sichuan peppercorns, and the sauce neutered with sweetness. (And I’m pretty sure that I was still chewing on a piece of the overly tough beef as we left to find a secondary location for dessert.)

The dim sum dishes were also a slightly mixed bunch. Squid ink xiao long bao ($14) had a terrific broth filling with a notable gingery kick, but the skin of the dumpling, jet black from the addition of the ink, was tough almost to the point of impenetrability. The chili wontons ($13) and pork-and-cabbage potstickers ($9) were both more on point, with the wontons particularly offering up a pleasant kick of garlic-laced heat.

The rice and noodle dishes really got into gear. The fried rice ($13), which we supplemented with lap cheong sausage ($4), was deceptively simple, mixed with broccoli stems, pickled carrots and shitake mushrooms; fried rice is an easy dish to cook and a hard dish to cook well, and this perfectly cooked one was complemented by the four experienced rice lovers at our table. Dan dan mian ($17) also got a big  thumbs-up from everyone; the fat noodles retained a chew, and the use of brisket and the pickled kick of Fresno chili brought a fresh taste to an old standard. Best of all, however, were the XO fatty noodles ($15), already a much-loved staple from Kuo’s other outlet, which brought with them all of the joy of chewing down on rice noodles while dribbling an impeccable XO sauce down your chin.

The food at the Formosa Café is definitely good enough to prompt a visit on its own, particularly for those who have yet to visit Little Fatty in Mar Vista; the fact that the dishes can be found in a restaurant now restored to the appearance of its glory years is an added bonus. As someone who, like the Formosa, is entering the old-school category rather too rapidly, I’m delighted to see it back.

There are plenty of options at the Formosa Café. The separate upstairs bar and patio is perfect for a pre- or post-meal drink; downstairs there are deep—if tight-fitting—banquettes with their burnished red leather upholstery; either of the two interior bars, including the transported and transporting bar from Chinatown’s Yee Mee Loo restaurant; and, of course, the restored red trolley car with its bench seating, are all evocative of that Hollywood era. My own favorite is the table situated above the floor safe from feared mobster Bugsy Siegel. If none of these suit, you should probably be eating somewhere else.

A “gang” of four—see what I did there?—could easily work their way through the entire menu at the Formosa in one sitting. Of the shared starters, the orange chicken and kung pao chicken received the most praise, while the chili wontons were the favorite of the dim sum offerings. All of the noodle and rice dishes we ordered would be ones to sample on a revisit, including the dan dan mian, the fried rice with lap cheong add-on, and particularly the terrific XO fatty noodles.

The restaurant has a very short list of wines and beers, neither of which offer much inspiration to the serious imbiber; the focus lies on the classic and tiki-inspired cocktails, as well as a short selection of sake. The cocktails we tried were all considerably less than whelming, and decidedly unbalanced; given that this is a place that, in its past, has ruined the livers of many a Hollywood celebrity, the drinks program is deeply disappointing. My suggestion would be to BYOB and pay the small corkage charge of $20 a bottle. 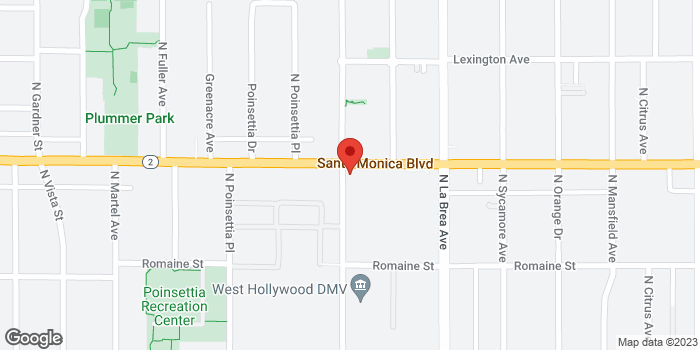