The highly anticipated casual izakaya from the team behind the two Michelin star n/naka falls short of similar awe-inducing greatness.

It gives me absolutely no pleasure to say this, but a visit to the newly opened n/soto—the sophomore effort from the n/naka team—simply isn’t worth the financial cost (high) or commitment (significant). As of writing, Niki Nakayama and Carole Iida-Nakayama’s highly anticipated eatery has completely booked 28 days out, forcing wannabe patrons who’d rather not jockey for walk-in bar seating to plan for a "casual" izakaya meal almost a month before you actually visit. Given the extreme difficulty of booking the pair’s original, two Michelin-starred kaiseki restaurant, it’s hard to imagine this almost reservation-only state of affairs alleviating anytime soon at n/soto. So is it worth the need to slot it into your schedule? No. Though the uneven shared plates are fine in a vacuum, an experience at the Mid-City izakaya simply doesn’t live up to the hype.

Aside from a few threads of delight, the menu’s nine different sections of seasonal Japanese drinking fare run derivative and uninspired. The few exceptions to the menu’s general middle-of-the-road quality are the restaurant’s mochi offerings, including the warm mochi flatbread with crudités, the mentaiko mochi and the agedashi mochi, which came topped with tempura fried shiso leaves filled with shrimp and wood ear mushroom on my particular visit. Each nuanced, glutinous rice-centric dish offers up a different facet of Q, the prized, lightly chewy textural sensation found in various dishes across East Asian cuisines.

Nevertheless, mochi alone does not satisfy. Other dishes, like the cucumber and wakame salad and the chef’s selection sashimi, fall squarely into boilerplate territory, delivering the kind of one-note “that was good!” experience you could easily find at a half-dozen other restaurants, minus the requirement of having your appetite comply with the scheduling demands of, say, 9:15pm on a Sunday (the sort of possible contortion needed to dine at n/soto). A few more than vaguely resemble dishes at other places around town, like a beef tongue lettuce wrap with the same conventionally fancy, tired feel as Nobu Malibu’s off-menu black cod lettuce wraps. A miso bone marrow dish served with a sour plum-tinged crispy rice ball comes with a smattering of the same limp pickled onions. Though they taste adequate enough, these fairly boring dishes are surprising coming from the likes of Nakayama and Iida-Nakayama, lacking as they are in the way of craftsmanship and guile.

For the cost of an average bill at n/soto—in the $200 to $300 range for two guests, including tip—this glaring lack of menu-wide consistency can easily be ameliorated at a half-dozen other upscale Japanese small plates restaurants, including Brentwood’s Imari, the Arts District newcomer Kodo, and Little Tokyo’s longtime, worth-its-advance-planning Kinjiro. Granted, all three of these, like n/soto, deviate from the traditional izakaya’s casual roots, and none carry the prestige attached to Nakayama and Iida-Nakayama. Still, the overbearing weight of years of awards-level recognition creates certain expectations of greatness at n/soto, where even the minimalist-learning indoor-outdoor space invokes aesthetic indifference rather than the designer’s most likely hoped-for sense of serenity and calm.

For the average Angeleno of finite dining budget, however, these critical accolades matter little, especially in light of so many other wonderful options at the same quite lavish price point. Given the pair’s reputation, the modest Mid-City izakaya will always have plenty of devotees, including diehard fans of n/naka or those already familiar with n/soto’s previous iterations as a quarantine takeout concept and pop-up at the Japanese American Cultural & Community Center. The few seats at the walk-in-only bar (not always available, by the way) also make it a convenient choice for area locals, plus any other solo diners and pairs who are fine with the possibility of being turned away. In all other cases, you’re likely to find yourself wondering why you planned and spent all that money for such a mediocre meal.

The vibe: Minimalist and bare, the fairly spartan Mid-City restaurant—a former Korean restaurant—fills up nightly with the stylish, artsy folks in the mood for small plates and sake.

Time Out tip: Avoid the nigiri, hand roll and pretty much all of the raw section; while adequate, they’re still no match for any of the city’s excellent sushi restaurants. 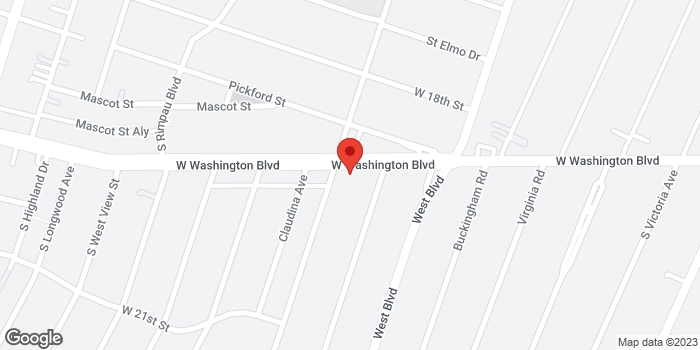