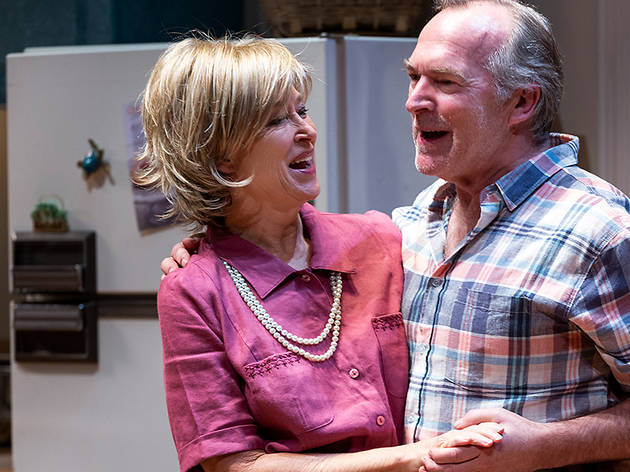 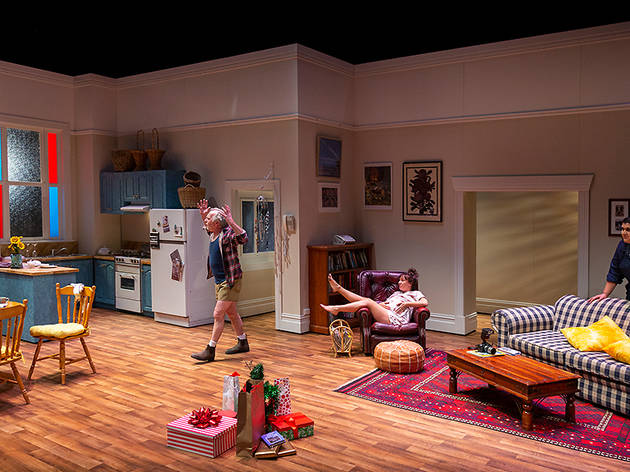 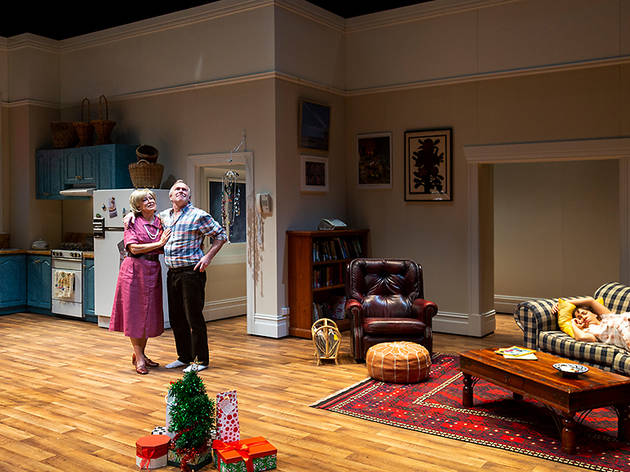 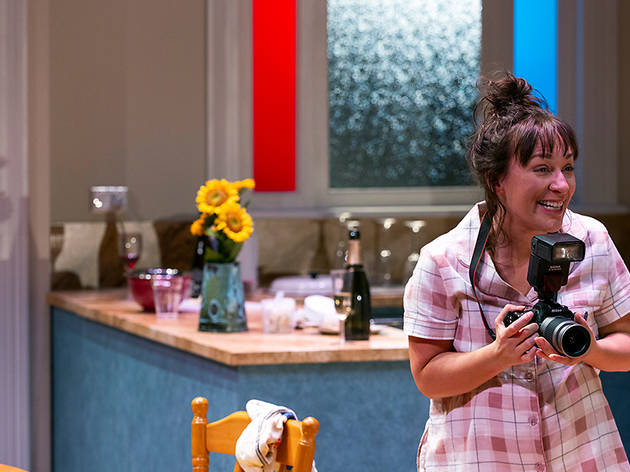 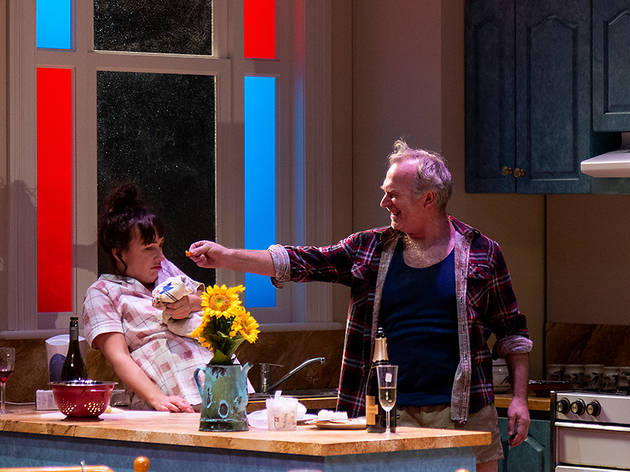 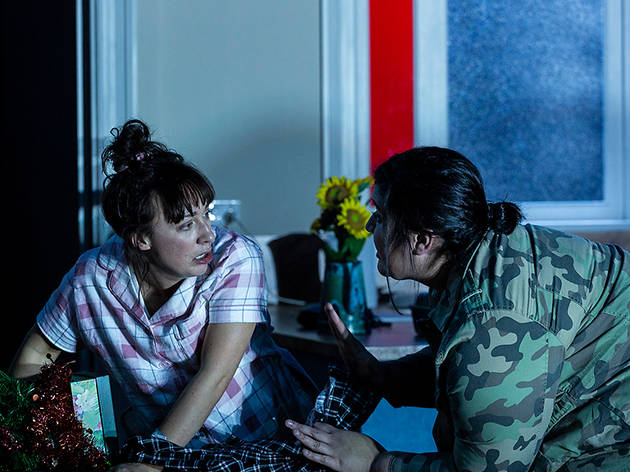 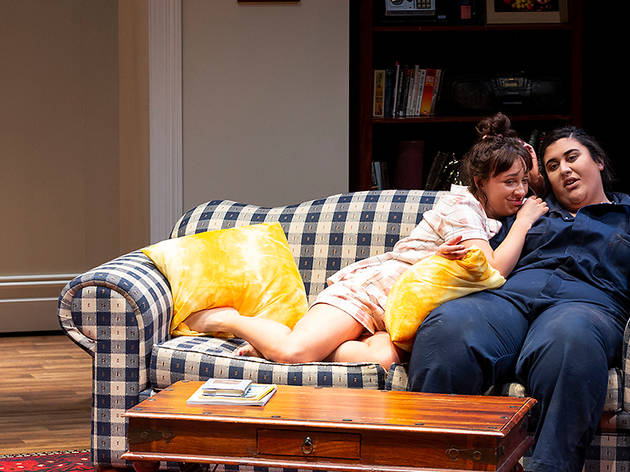 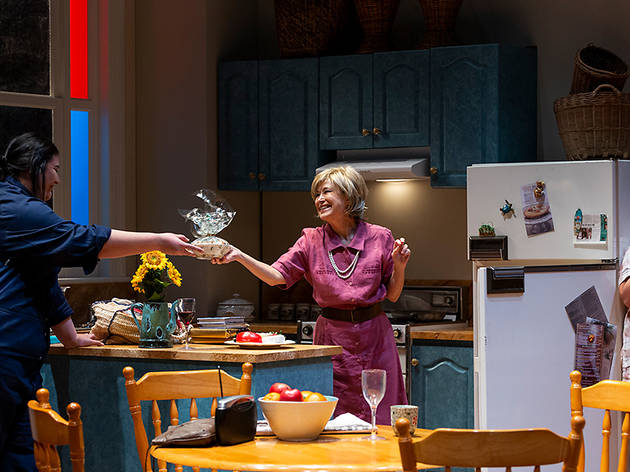 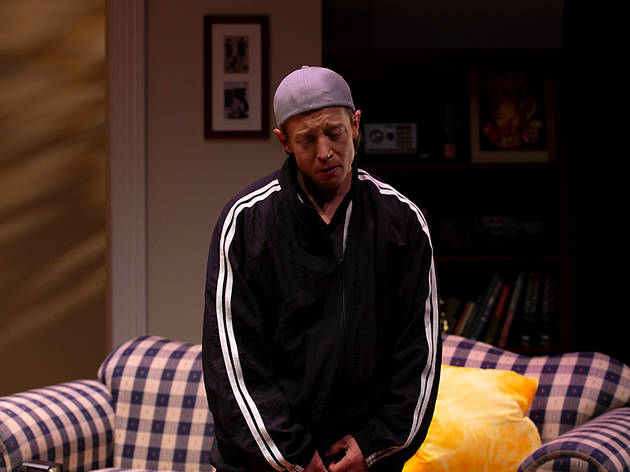 Name an Australian writer, let alone a playwright, who writes convincingly about class. Go on, rattle off a few. Back in the day, there was Dorothy Hewitt, Ray Lawler and, despite his other weaknesses, David Williamson; at a stretch you could include Patrick White and Helen Garner. Great contemporary writers like Christos Tsiolkas are naturally proud of their working class background, but their approach to class difference is often strangely facile and tin-eared. Is anyone surprised that Aussie playwright Zoey Dawson stumbles artlessly into the fraught subject of class distinction, of class warfare?

Dawson’s play opens on one of those middle class open living houses that could stand in for the Australian architectural aesthetic, circa 1997. Mum (Linda Cropper) is decked out in Country Road and insisting on the Moët even though budgets are tight. Dad (Greg Stone) is keen to please, constantly going out to buy a bigger Christmas tree but never returning with the goods. Daughter (Emily Goddard) is heavily pregnant and edging her docker girlfriend (Chanella Macri) to move into the family home so they can “save up and buy our own place”. Son (André de Vanny) is a cokehead who’s more than willing to trade the family’s dwindling funds for market speculation. But worst of all, the garage has been rented out to a family of bogans, and the great unwashed are threatening to take over more than just the backyard.

The tone is broad to begin with, and only widens as Dawson stuffs cliché on cliché; everyone on stage spouts so much ludicrous Aussie slang that it begins to sound like a foreign language. The bourgeois leanings of the family are mercilessly sent up, but the satire is so obvious that it’s impossible to commit or care. When Cropper enters as the bogan matriarch, all curled lip and drooping fag, the play shifts into a kind of sitcom nightmare, replete with canned laughter that seems designed to highlight just how unfunny it all is. Eventually, the bogans infiltrate the whole household, to the daughter’s disgust.

There are a few moments of genuine interest. As the proletariat rise up and the house literally comes apart at the seams, we get flashes of ultra violence and a baby untimely ripped from its mother – the suggestion here is that generational privilege is something that must be forcibly removed from the body politic if Australia is going to become truly egalitarian. And late in the piece, when Goddard exits the stage and we watch on a giant screen as she trawls through a post-apocalyptic wasteland out the back, there is a lovely sense of a white middle class woman waking, blinking from her cocooned state. But these are, after all, only flashes; the majority of the evening is taken up with uninspired stereotyping and postures.

Director Janice Muller does her best as she tries to corral the text into coherence, and the cast are generally fine. Cropper is terrific as wealthy mum, and makes a brilliantly funny museum assistant in a brief (and briefly amusing) scene. Stone is rambunctious and then frightening as dads rich and poor. But it is Goddard, in the only role that doesn’t double up, who pulls us through the play’s increasingly surreal shifts. She makes the daughter’s insouciant snobbery feel almost realistic, and handles the horror beautifully.

Dawson’s play often feels like it’s written for a select group of her friends; in-jokes and coded winking are her dramatic calling cards, and the result is frustratingly isolationist. Her satirical targets are painfully obvious in Australian Realness and yet she fails to hit them with clarity or conviction. As an exposé of class comforts, of the national lie of egalitarianism, it’s vacuous and limp. As another example of an Australian author wading inelegantly into the class debate, it’s pretty much business as usual.