Long gone are the days when Miami theater consisted only of kitschy dinner shows or nursing home productions of Annie and Cats. Miami theater audiences have grown over the past decade, both in number and in sophistication, and every season seems to outdo the last with a fresh crop of blockbusters, often Broadway hits such as Les Misérables and Mary Poppins. The local performing arts scene has also expanded geographically, extending beyond downtown Miami and into suburbs such as Cutler Bay and Aventura, the perfect dinner-and-a-show destinations where you’ll also find some of the best restaurants in Miami. Though why stop there? Chat about all the wonderful sets and incredible production value over a nightcap at a cozy Miami cocktail bar. 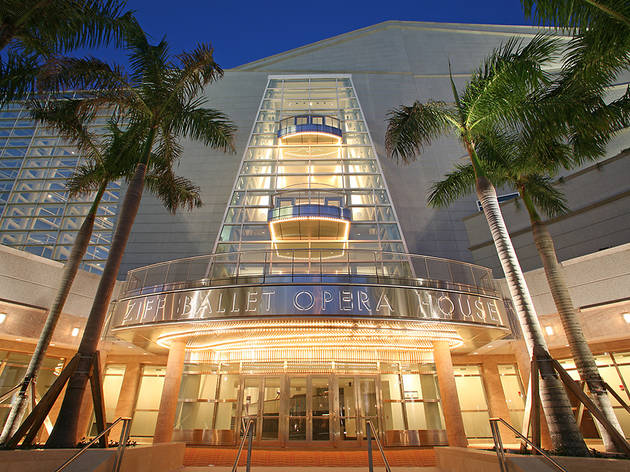 The Adrienne Arsht Center for the Performing Arts is a cultural beacon in Miami. Since opening in 2006, the non-profit organization has reinvigorated local interest in the arts, introducing award-winning talent and bringing nationally renowned performances to its South Florida stage. Touring Broadway shows, musicals, world music and children’s shows feature here, plus several circus-type acts and acrobatics. The striking postmodern architecture alone makes it worth a visit. But the fact that it’s home to the Florida Grand Opera and the Miami City Ballet, doesn’t hurt either. 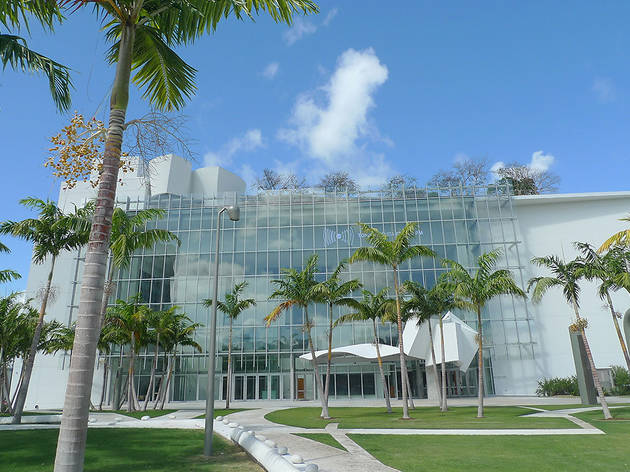 America’s only full-time orchestral academy, the New World Symphony grooms graduates from conservatories for careers in the symphony and other high-profile posts. Concerts range from classical to experimental, and the quality is high: guest teachers have included Yo-Yo Ma and Itzhak Perlman, and past guest conductors have included Sir Neville Marriner and Paavo Järvi. Founder Michael Tilson Thomas of the San Francisco Symphony often lends a hand too. Since 2011, the symphony’s home has been a Frank Gehry-designed showstopper in SoundScape Park, where they regularly hold outdoor WALLCAST concerts throughout the season. 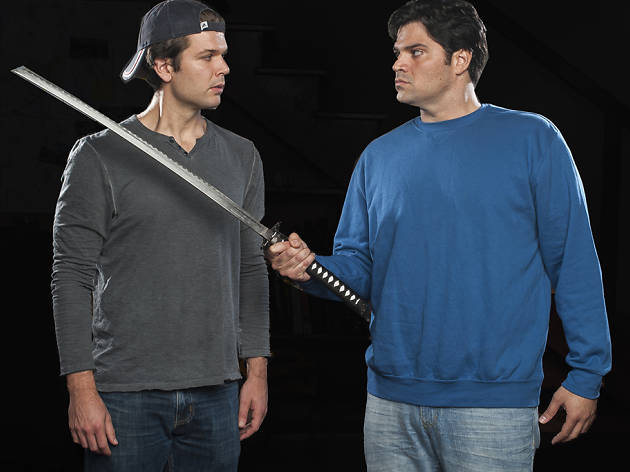 Offering an eclectic season of contemporary drama and comedy, with the occasional classic mixed in, GableStage productions are hand selected by veteran artistic director Joe Adler, who travels regularly to London and New York in search of the latest hits. Adler also turns to local talent, taking a chance on experimental pieces and progressive plays by South Florida artists. One of Miami’s most stalwart houses turns out shows with solid production values and excellent acting. 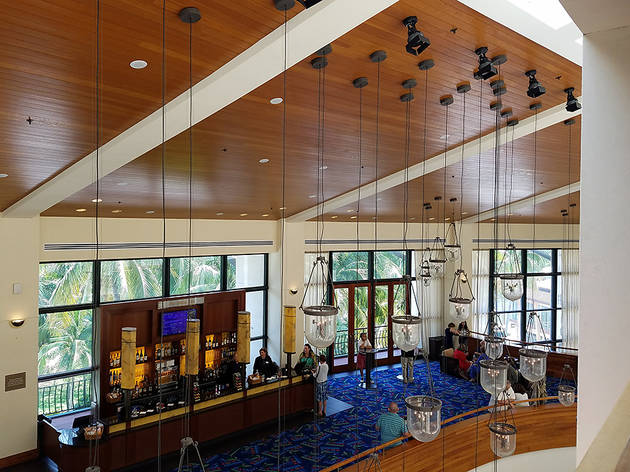 This $52 million theater complex consists of the 2,700-seat Au-Rene Theater and the intimate 590-seat Amaturo Theater. Performances really do run the gamut: Broadway musicals, serious drama, modern dance, ballet, classical music, pop concerts and comedy all feature. It’s also known for its children’s theater. Fort Lauderdale is a bit of a trek from Miami for a show, but if traffic is good you can be here in under 40 minutes. The center is situated in the middle of the city’s Riverwalk Arts & Entertainment District, with plenty of restaurants and cafés for pre- or post-theater refreshment. 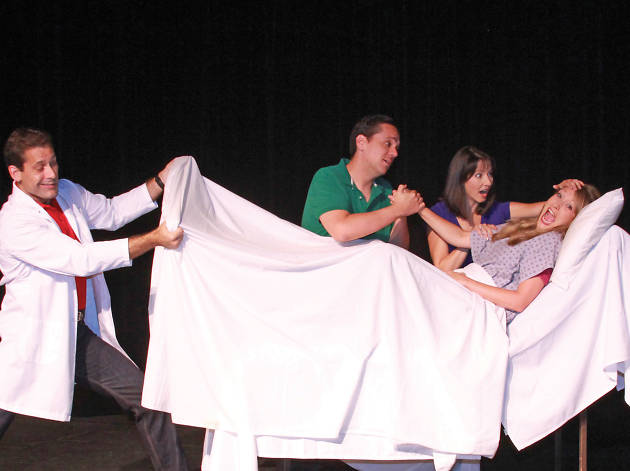 A prime location on Miracle Mile makes this a great destination for theatergoers, who can enjoy a meal and shopping before the show. This non-profit theater presents a full season of staged productions for adults, a children’s theater series, educational programing, acting classes and a wide array of community services. 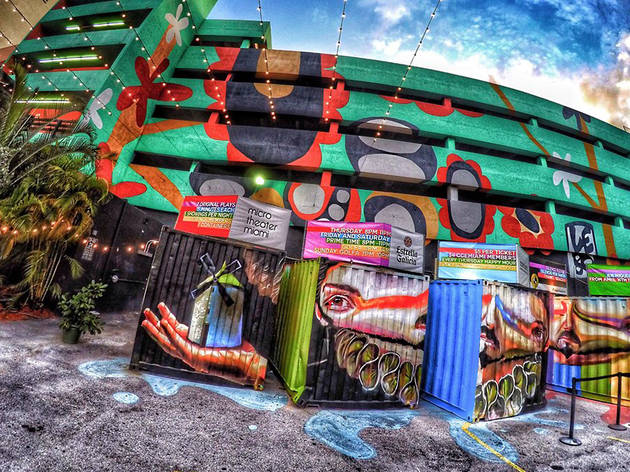 Both the spaces and productions are diminutive at Micro Theatre Miami, which puts on short skits in shipping containers-turned-stages. The concept began in 2009 with Miguel Alcantud and took off around the world before launching in Miami in 2012 (under the auspices of the Cultural Center of Spain in Miami), where it’s been adapted for an English-speaking audience. Productions are 15-minutes long, generally comedies covering topics like love, sex and relationships. 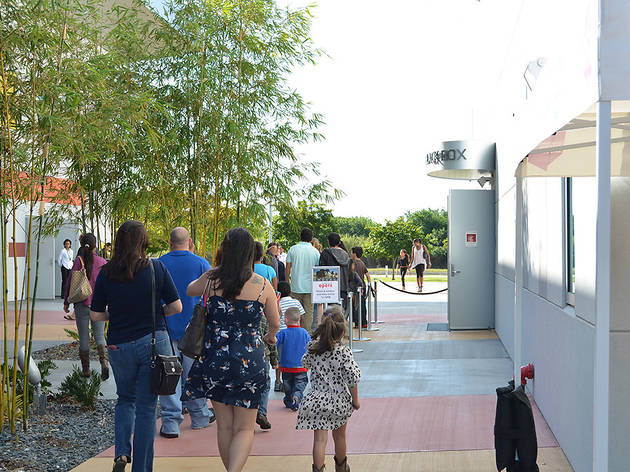 Community programming and events are at the heart of this world-class, multi-disciplinary cultural venue. While new to the local arts scene, it’s already made a name for itself with an eclectic repertoire of traveling shows and one-off performances from the likes of comedy troupe The Upright Citizens Brigade and legendary choreographer José Limón. The center emphasizes education and provides outreach activities for children and their families. There are Egyptian dance workshops, food truck festivals and other less-artsy ways to experience the arts in South Florida. 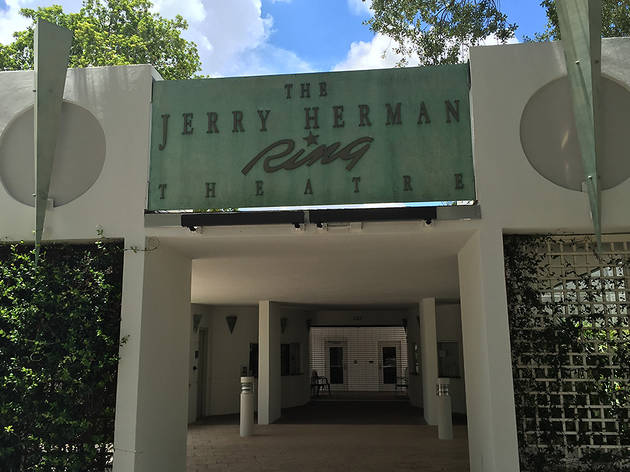 The University of Miami’s on-campus theater serves as more than a venue for student productions. The Jerry Herman Ring Theatre, named after the school's alumnus and award-winning Broadway lyricist and composer, is popular with the Coral Gables community for its productions of both big-name musicals and classic dramas, including Hamlet, Hedda Gabler and Rent. Over the years, the Ring has been a platform for budding talent, such as Scarface’s Steven Bauer, Rocky’s Sylvester Stallone and Goodfellas’ Ray Liotta. Classes and rehearsals are regularly held here during the day. 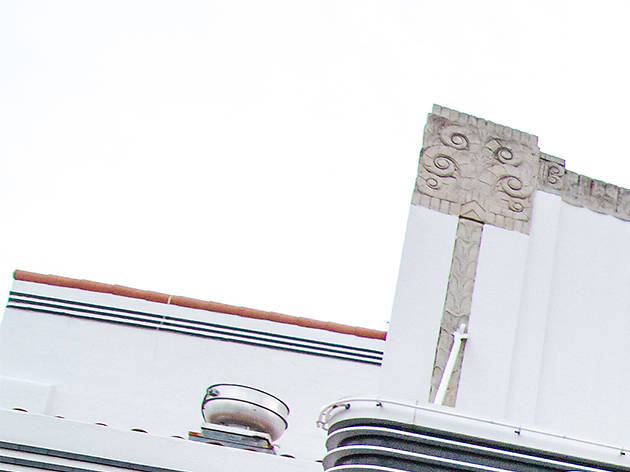 There’s something very theatrical about Art Deco architecture, and the Colony Theatre is a gem of a 1934 building, which has been faithfully refurbished in recent years. The Miami Lyric Opera stages productions here, but there is also comedy, dance and contemporary theater, such as Angels in America, or one-off movies like The Rocky Horror Picture Show. It’s at the western end of the Lincoln Road Mall, so you’re surrounded by restaurants and bars for a little post-performance fun. 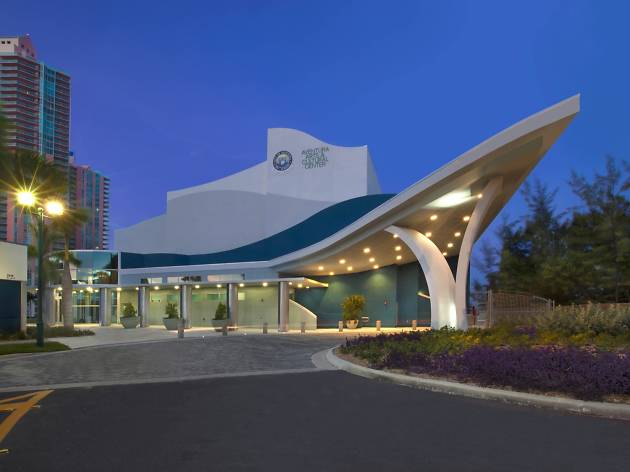 Believe it or not, there’s more to Aventura than its mall. This 326-seat waterfront cultural center, which is managed by the same people as the impressive Broward Center for the Performing Arts, offers spectacular views and a full lineup of events, from dramatic stage productions featuring well-known actors to Beatles tribute concerts. In the summer, the center offers a performing arts camp for children up to 18 years of age and family-friendly matinees at discounted prices. 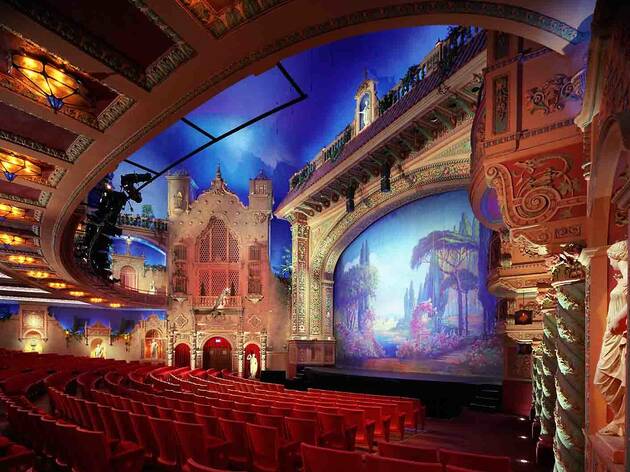 Once a 1926 silent movie palace, this is now an enchanting venue for the occasional jazz and Latin gig, complete with velvet seats, Shakespearean balconies and twinkling stars on the ceiling’s painted night tableau. 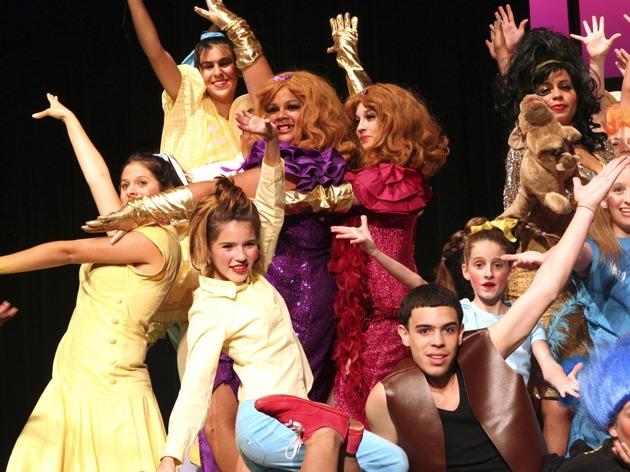 Performances here are produced, acted and choreographed by children. The audience is also underage, but watch out for the occasional PG rating. The theater has additional locations in Coral Gables and Miami Beach. 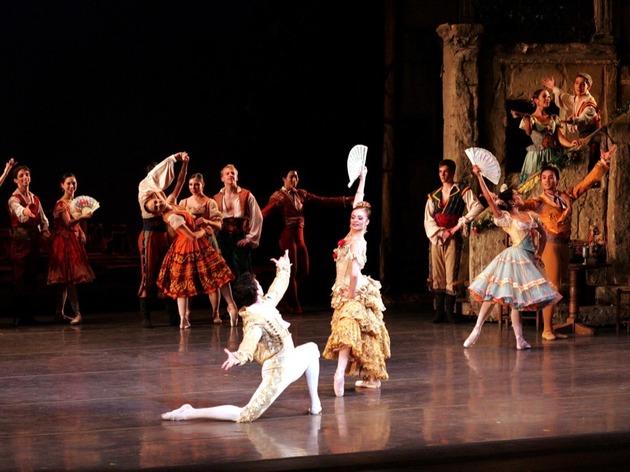 The Miami City Ballet is one of the largest classical ballet companies in the U.S., with 51 dancers and a repertoire of nearly 100 ballets. Former New York City Ballet principal Edward Villella founded the company three decades ago, in 1985; the company is led by Artistic Director Lourdes Lopez. The Miami City Ballet performs its home season in Miami, Fort Lauderdale, West Palm Beach and Naples, and tours domestically and internationally. 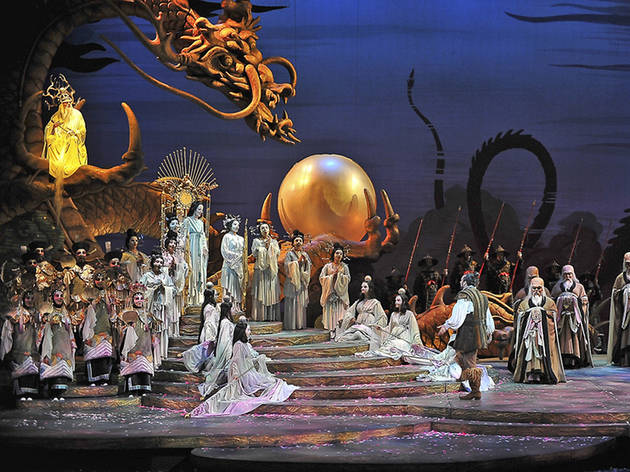 The 73-year-old Florida Grand Opera is a respected, if not world-renowned, company. Its 2016/17 season includes performances of Carmen, Before Night Falls and A Masked Ball. 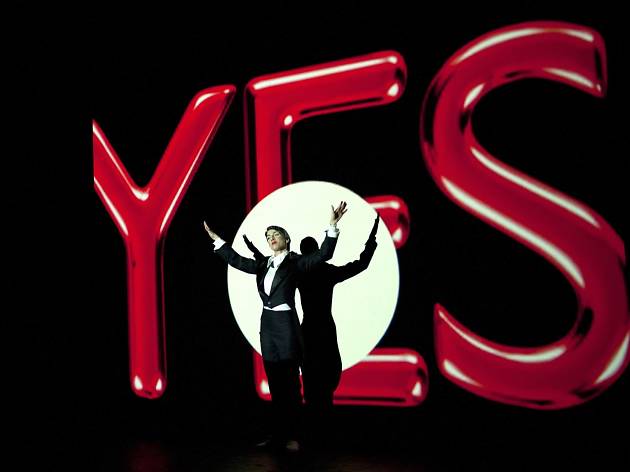 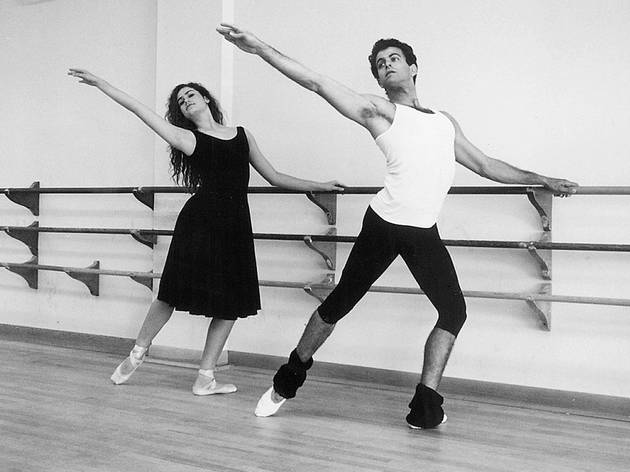 For more than two decades, this non-profit coalition of local performers and artists has developed cutting-edge programming, sheltered artists and championed art education. PAN continues to further its mission of fostering a relationship between performing artists and the South Florida community through regular dance and movement classes and various artistic workshops led by local talent as well as visiting performers. From seasoned dancers to novices with an interest in the arts, students of all levels are welcomed at PAN. 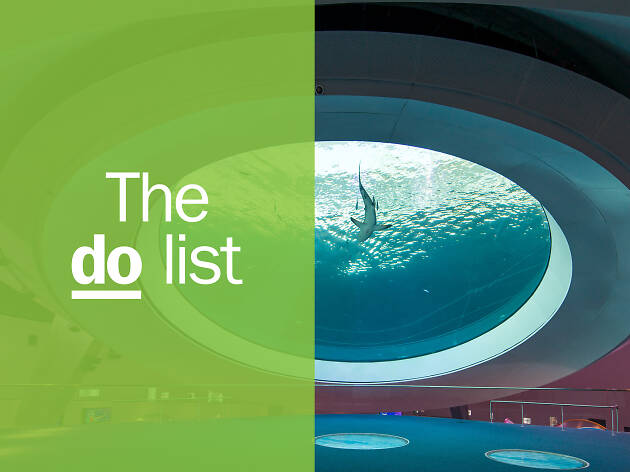