The best photography galleries in NYC

From the Upper East Side to The Lower East Side, we’ve lined up the essential photography galleries in New York City

For fans of photography, there’s no better place to visit than New York City. Gotham has served as both a subject and an incubator for the medium since it’s inception. In 1844, for example, there were 16 daguerreotype galleries in New York City. In 1860, famed Civil War photographer Matthew Brady opened a photo studio in Greenwich Village on Broadway and 10th Street. In 1905, Alfred Stieglitz founded the first fine art photography gallery at 291 Fifth Avenue in Koreatown. In 1930, MoMA became one of the first institutions to collect photos, and in 1940, it established one of the first museum departments devoted to the subject. (Other museums, such as The Metropolitan Museum and the Guggenheim, eventually followed suit, amassing impressive photo holdings of their own.) Today there is a wide variety of galleries dedicated to photography of every genre and period from 19th-century daguerreotypes to the latest in cutting-edge digital prints. And the best part is that they’re all free. To find out where you should go, check out our list of the best photography galleries in NYC. 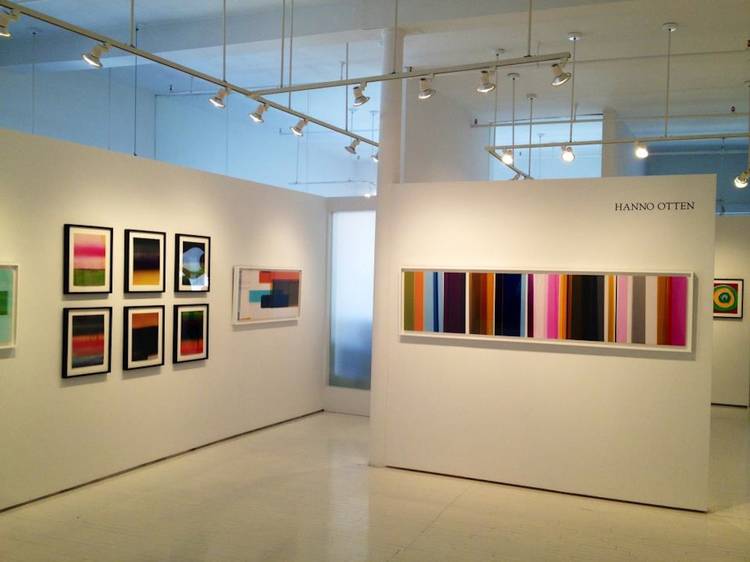 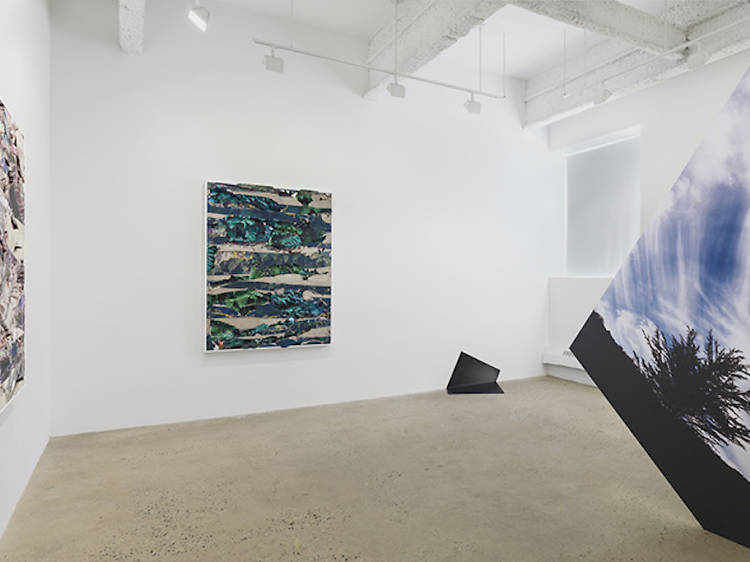 This Upper East Side gallery—founded by Daniel Silverstein and Kim Bourus, the former head of cultural projects at Magnum Photos—focuses mainly on the work of contemporary photographers.
Read more
Advertising 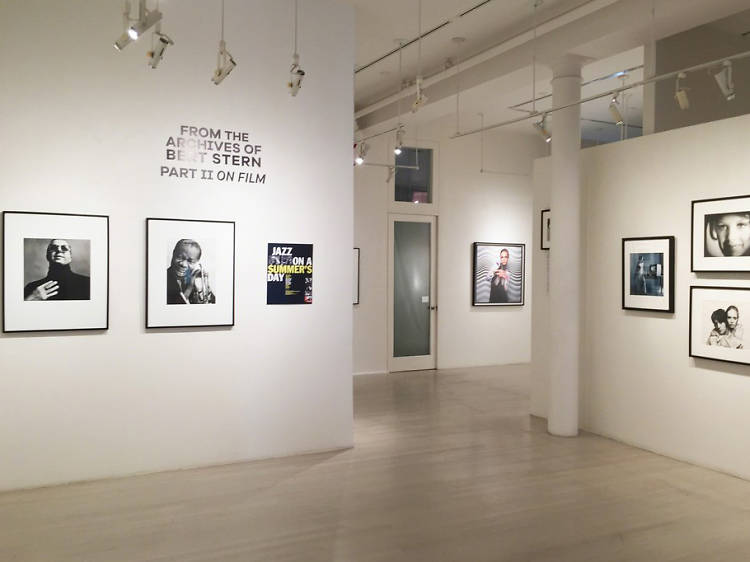 Opened in 1981, Staley Wise specializes in exhibiting the work of fashion photography masters, including Richard Avedon, David LaChapelle and Herb Ritts among others.
Read more 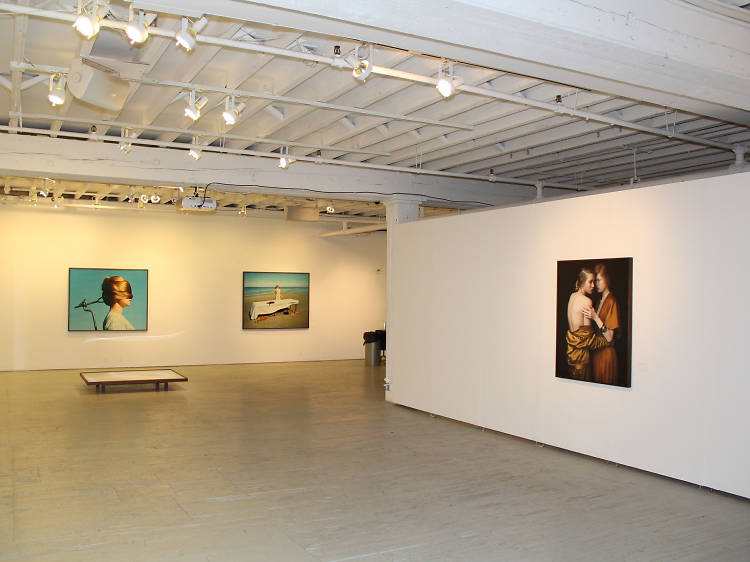 Founded in 1952, the Aperture Foundation runs this exhibition showcase as part of its longstanding mission to promote photography as a fine-art form. Countless photographers, including the medium’s biggest names, have shown their work here over the decades.
Read more
Advertising 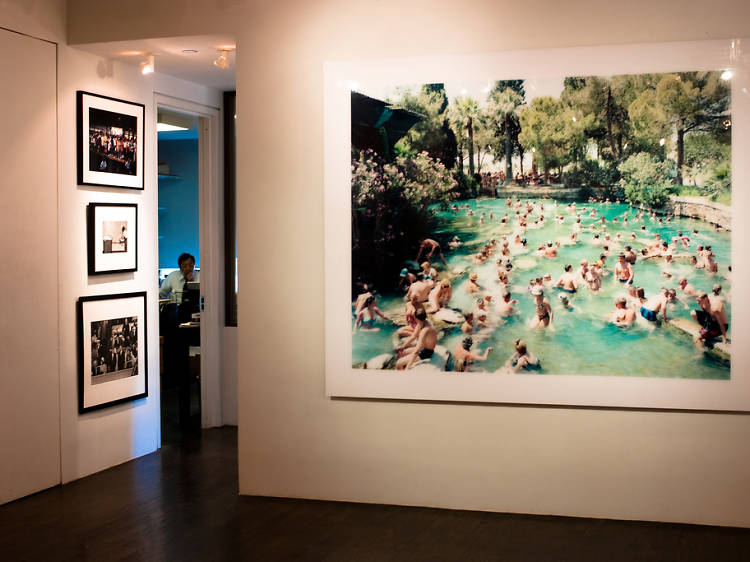 Since its start in 1987, this gallery devoted to 20th Century and contemporary photography, has migrated from the Upper East Side to Midtown, Soho and finally Chelsea, where it has settled into its most expansive home yet.
Read more 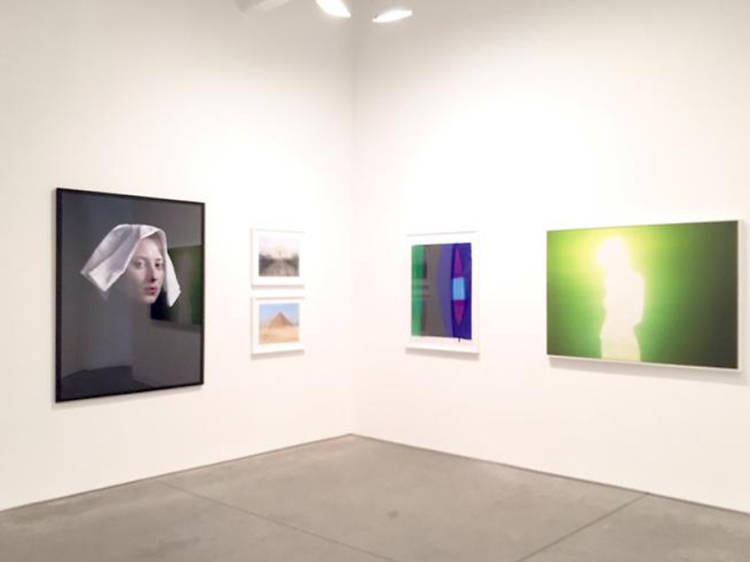 James Danziger’s namesake gallery has been in business since 1989 and is notable for a smart, elegant exhibition program that has presented photographic works by Abelardo Morell, Richard Misrach and Chuck Close among many, many others. After sojourns in Soho and Chelsea, the gallery moved to its current location on the Lower East Side in 2016.
Read more
Advertising 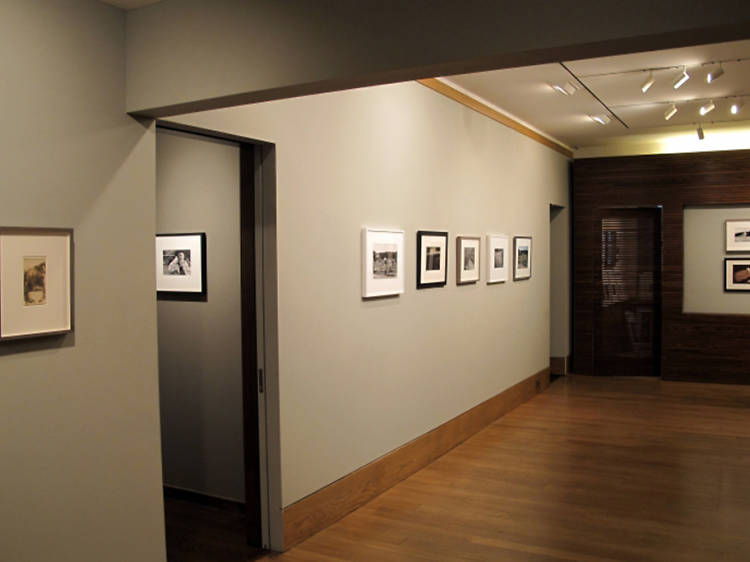 Founded in 1981 Howard Greenberg Gallery focuses on classic 20th-century photography including works by such giants of the medium as Berenice Abbott, Edward Steichen and Henri Cartier-Bresson.
Read more 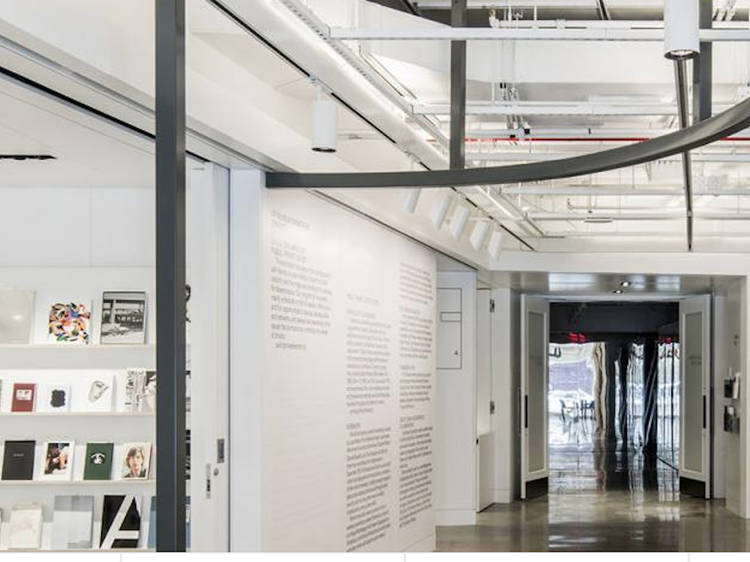 The International Center of Photography is New York’s preeminent institution devoted exclusively to photography. Founded in 1974, ICP originally opened in the Willard Straight House on Fifth Avenue’s Museum Mile. The building’s sale in 1999 precipitated a move to a midtown address on Sixth Avenue. In 2016, the ICP moved yet again to a new home on the Bowery. In addition to exhibition space, the ICP boasts a library housing thousands of biographical and photographic files, and a school (which currently remains at the midtown location until 2018).
Read more
Advertising 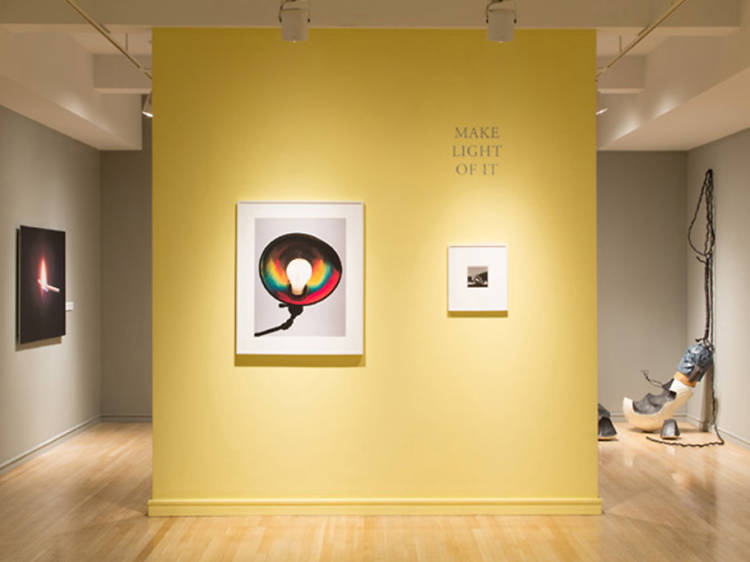 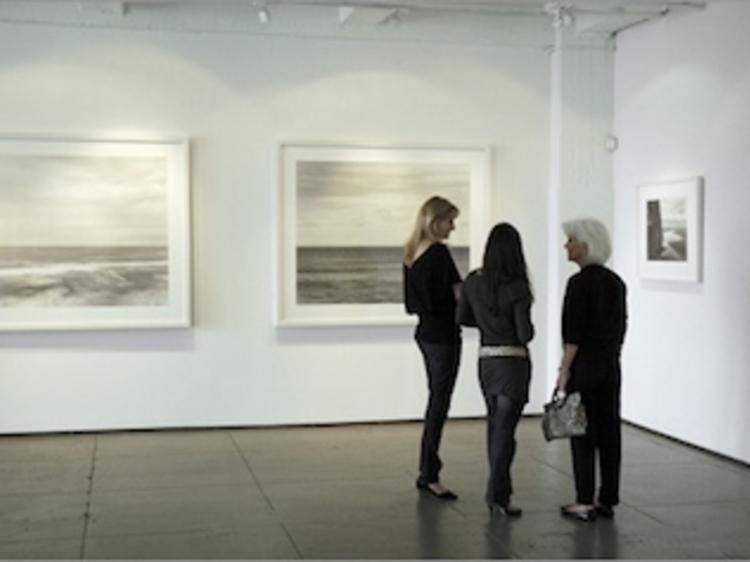 Robert Mann Gallery specializes in 20th-century masters of photograph and an international cadre of emerging and midcareer artists working in photo-based art. The gallery exhibits vintage photographs and contemporary works that contextualize and promote new movements in the field, with exhibitions of established masters like Ansel Adams and Robert Frank; mid- and late-career artists such as Joe Deal, Jeff Brouws, Wijnanda Deroo and Michael Kenna; and emerging artists at the cutting edge of the contemporary art including Holly Andres, Julie Blackmon and Mary Mattingly.
Read more
Advertising 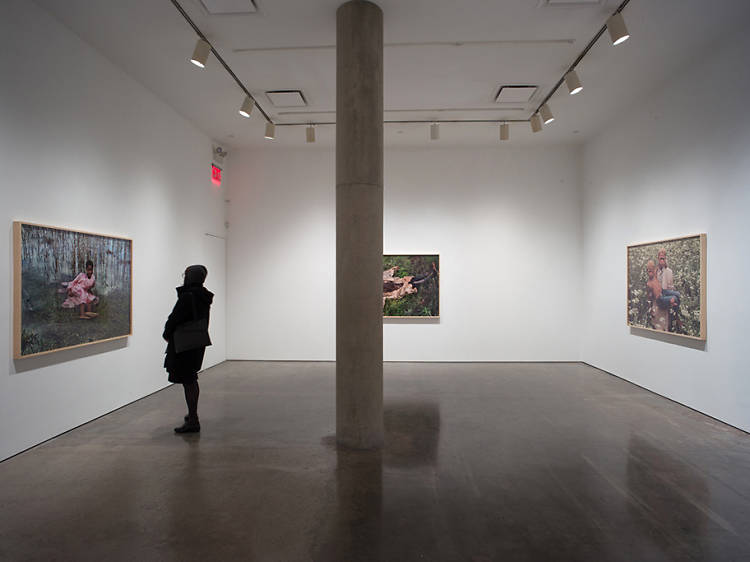 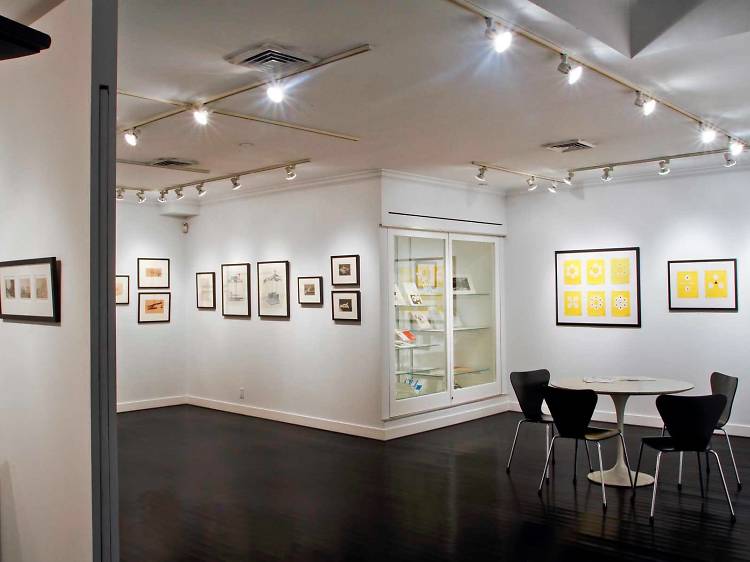 Opened in 1994, Ubu Gallery was co-founded by gallerist Adam Boxer, who later took over the space as sole proprietor. Its program is devoted to interwar (1918–1939) avant-garde movements, especially Dada, Surrealism and Constructivism. He’s also specialized in reviving the careers of lesser-known fellow travellers, such as Janusz Maria Brzeski, Jindřich Štyrský and Pierre Molinier.
Read more
Advertising 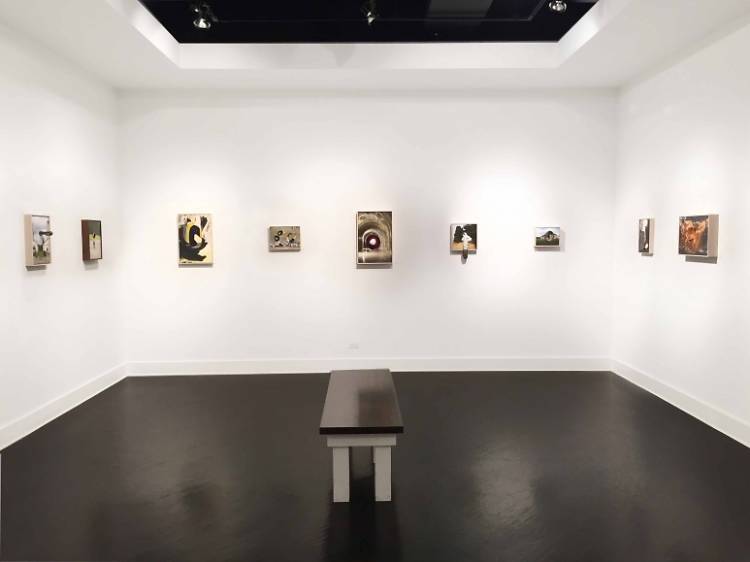 Photo dealer Laurence Miller got his start in New Mexico, where he was affiliated with the art department of the University of New Mexico in Albuquerque. He also worked at a gallery in nearby Corrales, NM. After moving to NYC, he opened his namesake space on E 57th Street in 1984, before relocating to Soho two years later. In 2019, he decamped to Chelsea, where he continues to show a roster of modern and contemporary artists—among them, the legendary photojournalist Larry Burrows, whose searing images from the Vietnam War became the most indelible documents of the conflict. 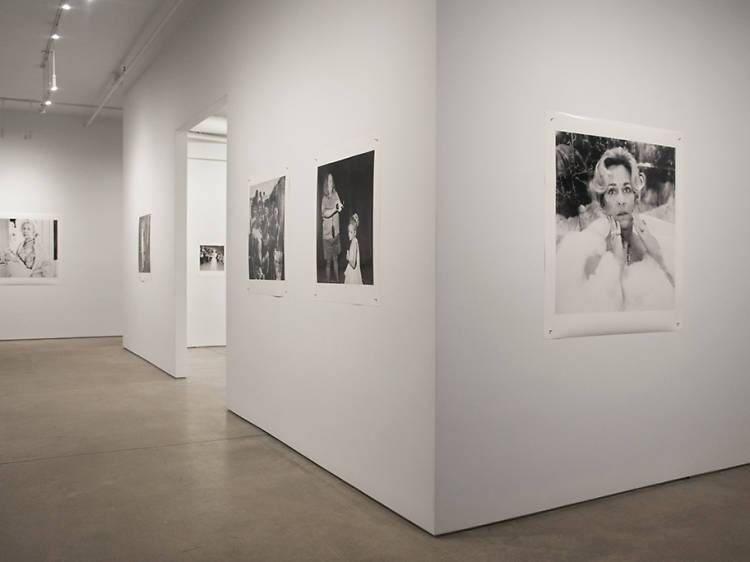 While this contemporary art gallery, which opened in 2001, isn't exclusively devoted to photography, photographers—including such stellar names as Lisette Model, André Kertész and Paul Outerbridge—make up a significant portion of its roster.
Read more
Advertising 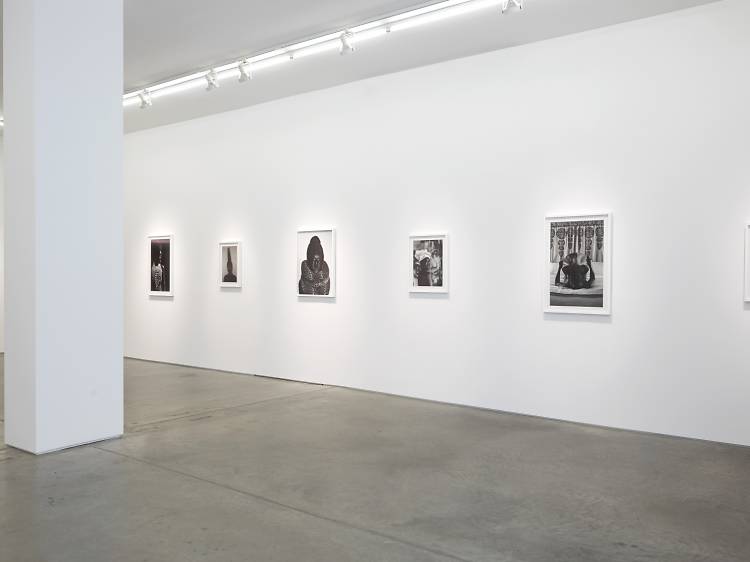 One of NYC's leading showcases for modern and contemporary photography, Yancey Richardson Gallery started out in Soho in 1995 and has been at its current Chelsea location since 2000. Featuring a eclectic line-up of artists, the gallery exhibits a mix of established masters (August Sander, William Eggleston), mid-career names (Mitch Epstein, Hellen van Meene) and emerging photographers (Bryan Graf and Zanele Muholi).
Read more 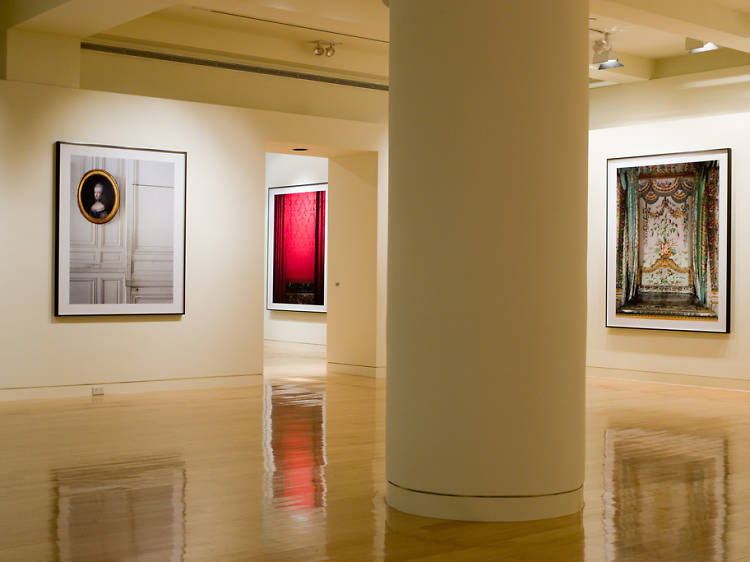 This swank midtown gallery on Fifth Avenue is a leading showcase for contemporary and modern photography. It has another location in Zürich and exhibits major talents from Sally Mann to Via Muniz.
Read more
Advertising 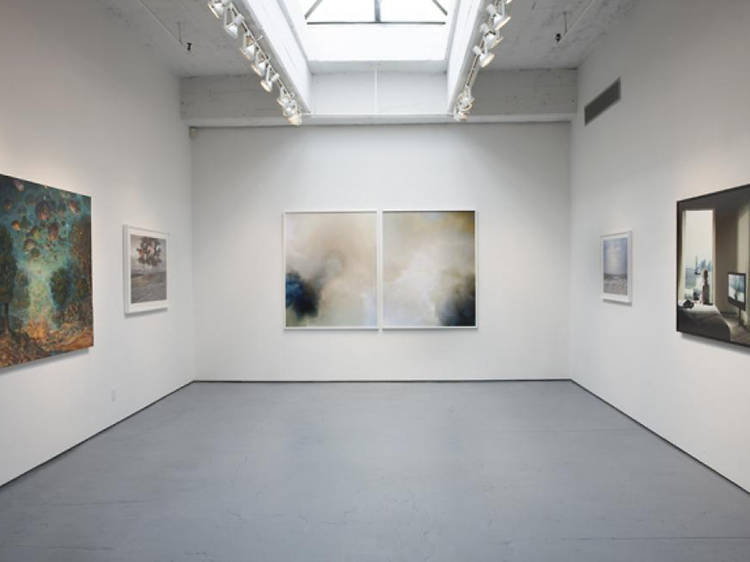 Opened in 1986, this Chelsea gallery focuses on contemporary photography, but has also exhibited a few artists working in other mediums. Even so, it’s an essential stop for photo lovers.
Read more
Show more

Want to take a photography class? 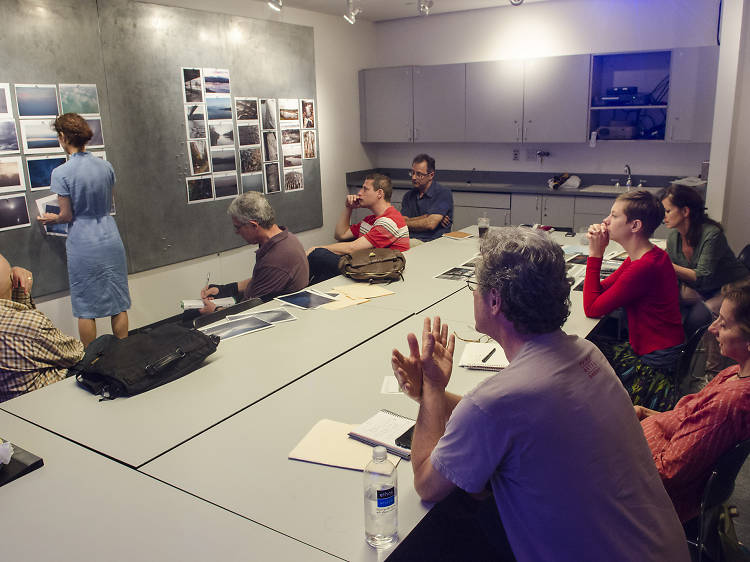 The best photography classes NYC has to offer

The best places for photography classes NYC has to offer, from schools to studios to electronic stores