Whatever your poison, Park Slope offers plenty of worthwhile drinking options. Among the best bars in the neighborhood are several excellent beer bars and the Kings County outpost of oenophile hangout Terroir. You'll also find some standout gay bars in the area. 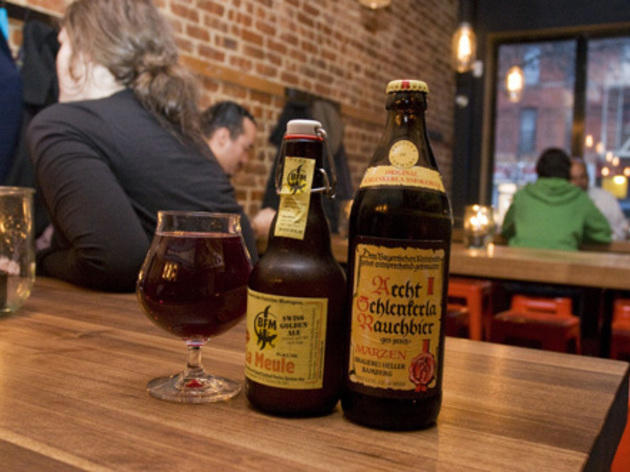 The mood is akin to a wine bar (minus the hauteur) at this brew enthusiast’s dream. The friendly staff can guide you, sommelier-like, through the menu of rare and obscure beers, including Hanssens Kriek—a tart, bright red lambic fermented from sour cherries and served from the cask. The Swiss Brasserie Des Franches-Montagnes’ La Meule, meanwhile, goes down like a spice box of sage and thyme. Many of these beers shock on first gulp, and you may wonder whether your curious quaff was worth the price. But after the last taste-bud-teasing sip, you’ll leave convinced that your pennies were well spent. 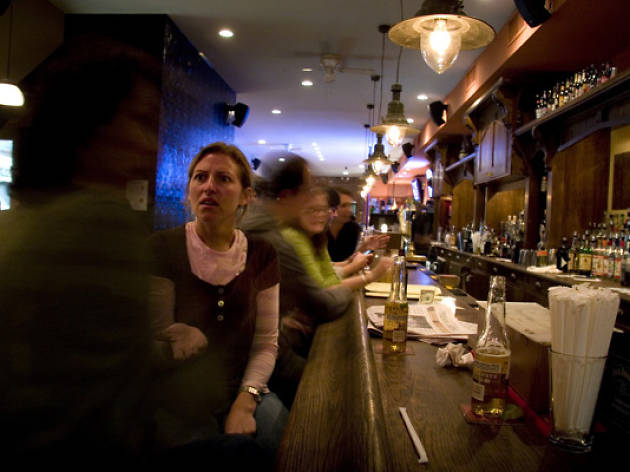 Microbrews and copious amounts of Scotch, whiskey and bourbon are the poisons of note at this woodsy, two-floor watering hole—though a frosty mug of Smuttynose IPA is an
ideal match for Dram’s solid griddle-cooked double cheeseburger. Settle in at the 33-foot bar or bring your brew to a spacious booth. Attractions like pool, darts and shuffleboard, favored by the postcollegiate crowd, stand to give the bocce courts at nearby Union Hall a run for its money. 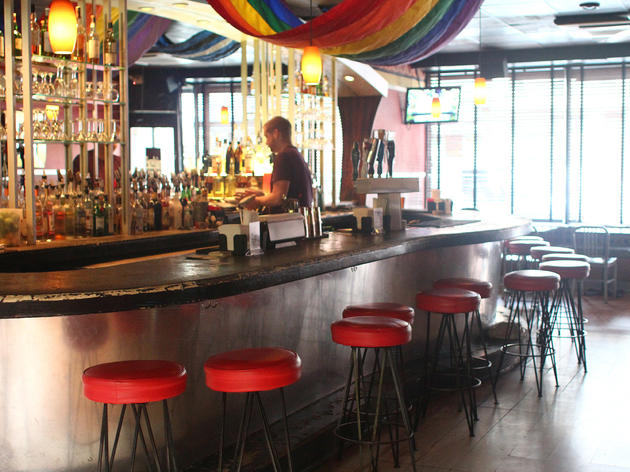 Excelsior is one of the nicer gay bars in Brooklyn, and it’s a friendly, down-to-earth alternative to the Manhattan scene. Kylie Minogue is in the juke, but so is ’80s band Sisters of Mercy, plus a wide variety of current, often obscure artists like the Eels and Interpol. Things heat up on weekends as boys and girls from this borough and beyond show up to socialize. When it’s warm, a deck and a peaceful, roomy garden are open. 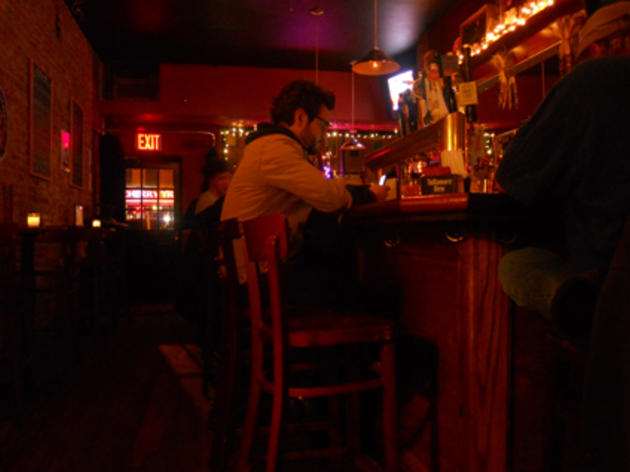 Beer lovers belly up to the bar to munch on piping-hot popcorn and sample coast-to-coast suds at this former nail salon. Twenty-four draft beers—including Maine’s lemon-slice–topped Allagash White and California’s Arrogant Bastard Ale—are poured alongside nearly three-dozen bottled beers and vintage Scotches and bourbons. Chitchatty locals sit at low tables to tipple during the daily 4 to 8pm happy hour, when the drinks are two-for-one. 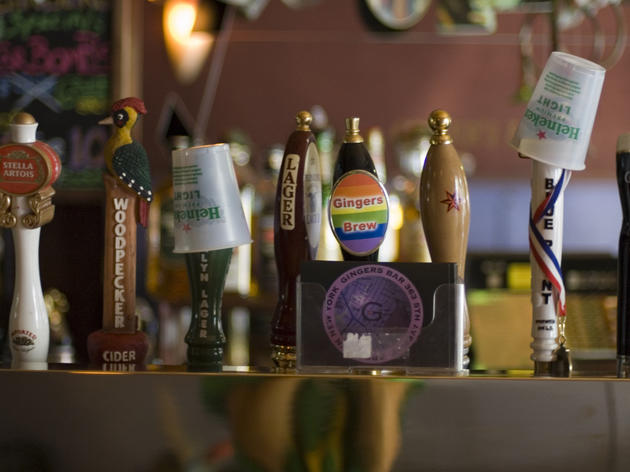 Not many lesbian bars are as welcoming to men, gay or straight, as Ginger’s is. Two rooms and a spacious garden accommodate everyone, even decompressing softball teams from nearby Prospect Park. Small tables are a good place to chat and listen to the juke; the back room draws cue-carrying pool sharks, but skill-free shooters are welcome, too. 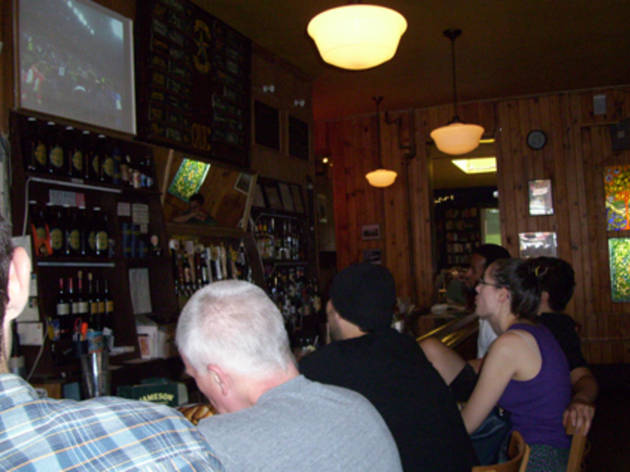 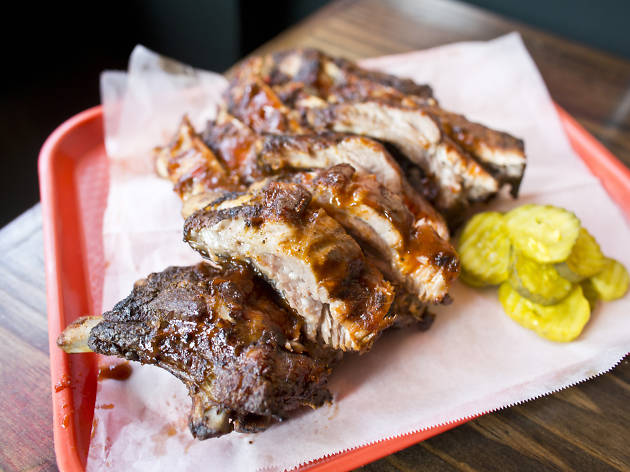 Good dive bars, attracting regulars from all walks of life, are as integral to the fabric of the city as rent control, bodega flowers and angry cabbies. Many serve food, but that’s rarely the draw. Occasionally, though, the boozing takes a backseat to the kitchen. The Corner Bistro’s burgers long ago put that West Village hole-in-the-wall on the map. And some people swear by the hot wings at Wogie’s nearby. Those places, and many others just like them, have one thing in common: No one cooking inside would ever claim they’re a “chef.” So why would a guy with Morimoto and Buddakan on his résumé try to enter that lowbrow arena? This summer, former Top Chef contender Dale Talde launched his own dive bar, Pork Slope, not far from his hot Pan-Asian eatery, Talde. The new project, opened with his partners in the first restaurant, was designed as a trashy homage to Patrick Swayze’s schlocky classic Road House, complete with a pool table, a PBR sign and taxidermied boars’ heads. The menu, a survey of bar-food classics, includes crisp, golden Tater-Tots and better than-average wispy, sweet onion strings, along with ribs, chili, fried chicken and wings. There’s also a too-faithful replica of a McDonald’s cheeseburger, right down to the gray patty, plain squishy bun and ratio of squirts of ketchup to mustard (Talde has admitted a fondness for the Golden Arches original). It’s all hot, fresh and terrible for you—and none of it tastes like it was cooked by a pedigreed chef. Fans of the TV 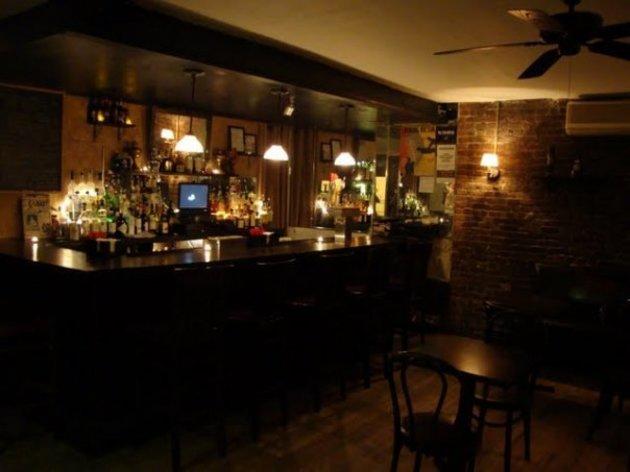 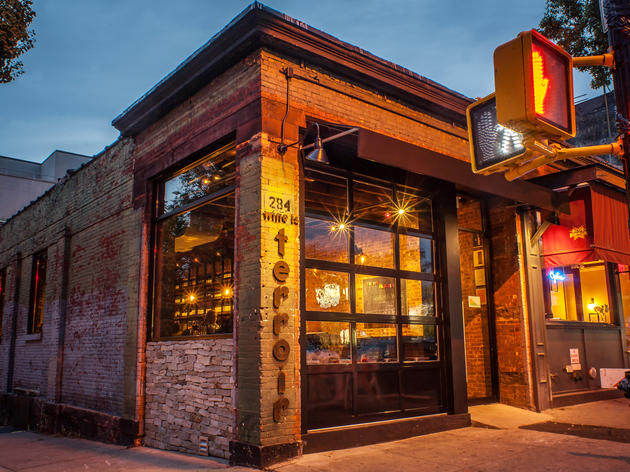 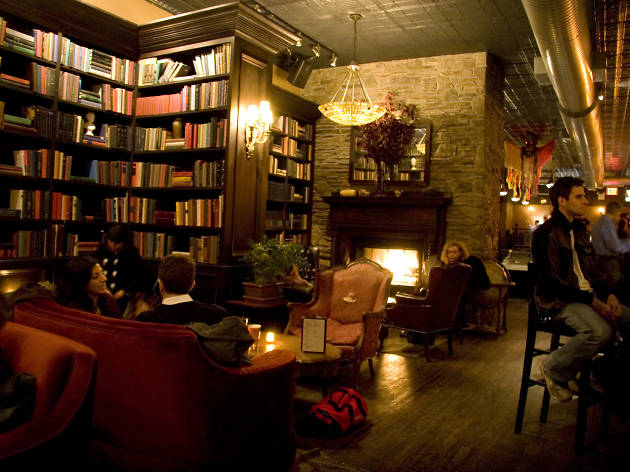 Upstairs in this bi-level bar, boozers chomp miniburgers and nip at microbrews like Sixpoint in the gentlemen’s-club–style anteroom (decorated with Soviet-era globes, paintings of fez-capped men, fireplaces)—before battling it out on the clay bocce courts. Downstairs, spectators are treated to a rotating roster of live talent, such as blaring bands, comedians and a monthly science night.