October is the best time of year for fans of new bands, newer industry friends, free booze and very little sleep. That’s right, it’s the CMJ Music Marathon, taking over live-music venues throughout the city and including more bands than you can shake a (selfie) stick at. It’s a long list of artists to get through, so we’ve taken some of the guesswork out of it by choosing our 20 acts not to miss. Check the full lineup here and see if you agree with us.

RECOMMENDED: Our full guide to the CMJ Music Marathon 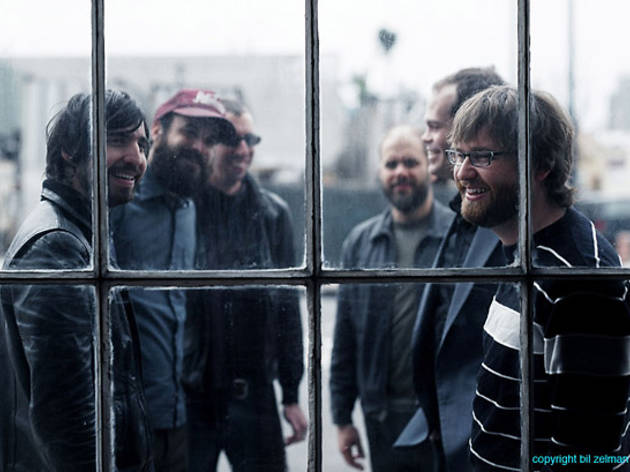 After his '90s days in post-rock group Tristezse, Jimmy LaValle as the Album Leaf abandoned the genre's grandiosity and sweeping dynamic swells while lifting its melodic sensibilities—the end product is elegantly breezy ambient music, which sounds relevant even today, well warranting this year's Sub Pop re-release of his 2004 classic, In A Safe Place. Oct 17 at the Knitting Factory 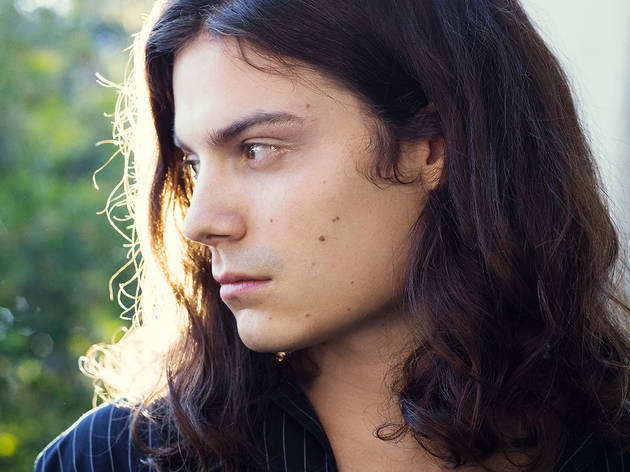 According to Garrett Borns, børns means “children” in Danish. And the Los Angeles–based, Michigan-born singer’s glam-pop project has grown up pretty damn fast. As the story goes, Borns was living in a treehouse—yes, like an actual treehouse—before last year’s charming, ear-tugging EP Candy dropped. This past January, Taylor Swift gushed on Instagram about the four-song set’s T. Rex–stomping highlight, “Electric Love.” More recently, the man with the BØRNS identity has been in heavy rotation on Apple Music’s Beats 1, where he debuted the glistening confessional “The Emotion,” from an October 16 Interscope LP, titled Dopamine. For those longing for Oracular Spectacular–era MGMT or early Passion Pit, this newbie will fill that hooky void. Oct 17 at Music Hall of Williamsburg; Oct 19 at Bowery Ballroom 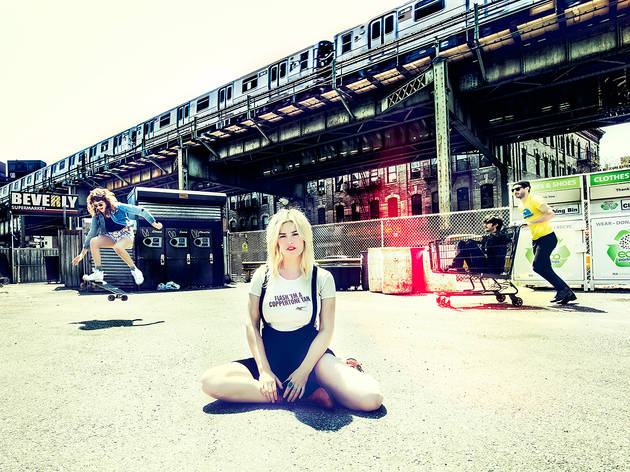 Frankie Rose was already a consummate dream-pop scenester (Vivan Girls, Crystal Stilts, Dum Dum Girls) before she struck out on her own, armed with spacious synthesizers and a knack for lush vocal harmonies. With her new project, Beverly, the singer reconfigures the celestial impulses in her synth-pop output into fuzzed-out guitar rock as sweet as it is crushing. Oct 13 at Le Poisson Rouge; Oct 14 at Cake Shop, Pianos; Oct 16 at Pianos; Oct 17 at Cameo Gallery 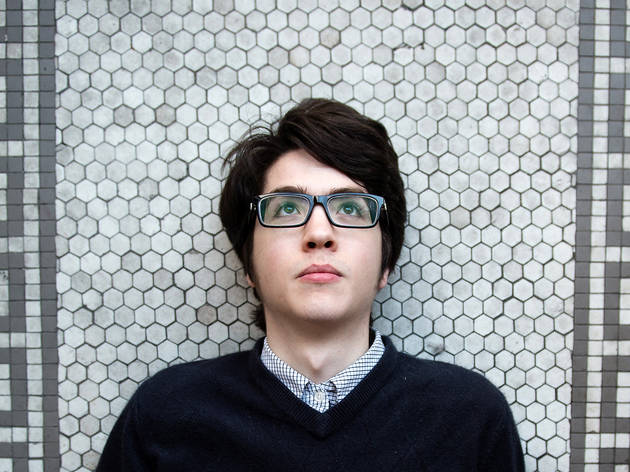 Will Toledo might just lay claim to indie rock’s feel-good story of 2015. As a teenager in Leesburg, Virginia, he hunkered down in the family car to start recording what would turn out to be an 11-album discography as Car Seat Headrest, all self-released on Bandcamp. As recently as 2013, he was personally writing eloquent emails and sending them to potentially interested music critics. Then last year, Toledo moved to the Seattle area and formed a proper band, and since then, it’s all been uphill: On October 30, prestigious indie arbiter Matador Records will release Teens of Style, a breathtakingly ambitious album with rough-hewn anthems that recall peak-era Built to Spill or Modest Mouse. Oct 14 at Santos Party House; Oct 15 at Cake Shop; Oct 16 at Rough Trade; Oct 17 at Space Ninety 8 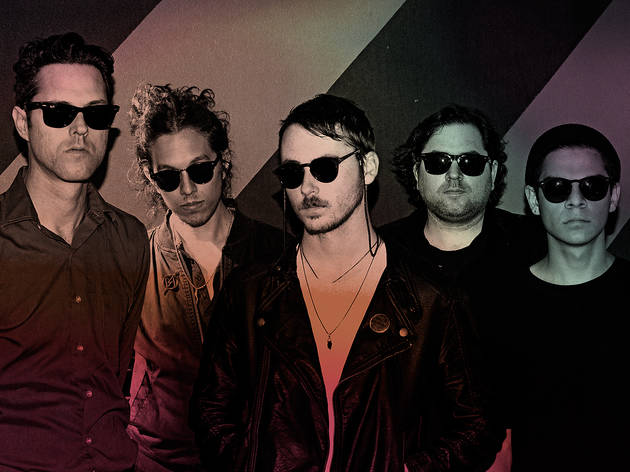 Blame FedEx for these psyched-out, eardrum-demolishing Arizona scuzz-punks. Destruction Unit frontman Ryan Rousseau claims a stint with the Memphis-based shipping giant hooked him up with the music- and barbecue-steeped city’s garage-punk scene, including the late-great Jay Reatard. Crucially, that day job also let Rousseau travel. Destruction Unit has been on the road, and this tour-tested, um, unit plays CMJ behind a beast of a new album, Negative Feedback Resistor. Released on notable envelope-pushing local label Sacred Bones and cosigned by Adult Swim, the LP features guest appearances by both former Dirty Beaches leader Alex Zhang Hungtai and Germs drummer Don Bolles. Expect the air to smell like a plant you wouldn’t ship USPS. Support comes from Pawns and Latisha's Skull Drawing. Oct 16 at Baby’s All Right; Oct 17 at Alphaville; Oct 17 at Hand & Detail Car Wash Center 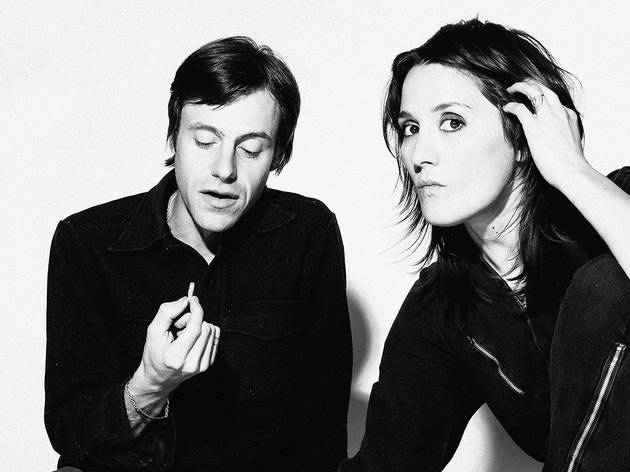 Catchy Welsh singer-songwriter Cate Le Bon and Tim Presley, the mastermind behind lofi-psych outfit White Fence, have hit NYC a lot, but CMJ brings them together as DRINKS. The duo, which they like to bill as a solo project “with four legs,” just issued a curious and beguiling debut album of off-kilter psych, Hermits on Holiday. Though both singer-songwriters have amassed formidable discographies in their own rights, DRINKS introduces them as sly outsiders with a nice balance of addicting melodies and pure sonic weirdness. Oct 14 at Knitting Factory 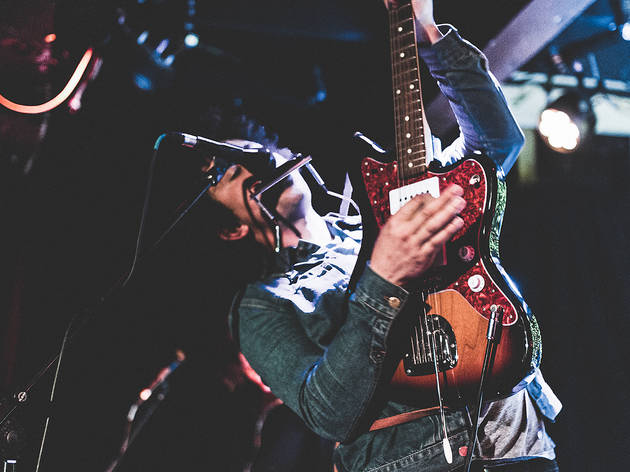 Australian garage-rock storyteller Courtney Barnett was the breakout from last year’s CMJ. And it’s within the realm of possibility that the class of 2015’s king could be a similarly compelling Aussie singer-songwriter on Barnett’s Milk! Records. That’s Fraser A. Gorman, whose new album, Slow Gun, traverses country, folk and Americana-tinged rock with a sweet wryness summed up on the track “Broken Hands,” where Gorman sings, “I got no soul / ’Cause country music sounds to me like rock & roll.” Which is to say, he has soul aplenty. Oct 16 at The Wick 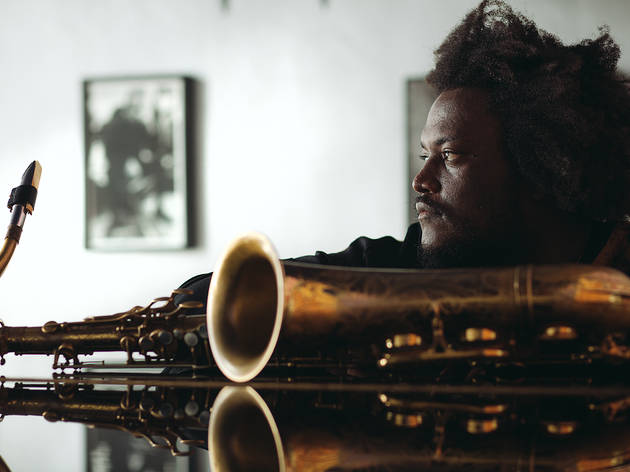 This Los Angeles saxophonist hits CMJ at the height of a rocket-like year. Beyond his native tongue of jazz, Kamasi Washington has performed on the latest albums by Kendrick Lamar and Flying Lotus. His latest solo outing, The Epic, debuted via FlyLo’s Brainfeeder imprint, and the triple album’s masterfully wide-ranging set more than lives up to its name, showing the dude is charting the new shape of jazz. Oct 15 at BRIC House; Oct 16 at Le Poisson Rouge 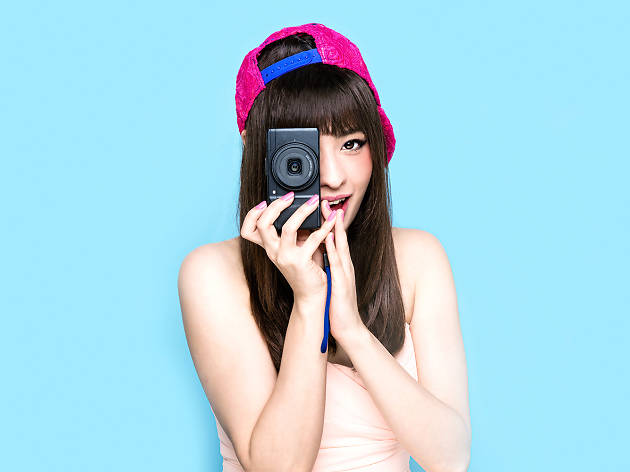 To Snapchat or not to Snapchat? That is the question when this trend-savvy, dancy London trio plays NYC for the first time. Along with their fellow U.K. denizens in the PC Music crew, Kero Kero Bonito exemplify a certain strain of giddy, hyper-digital pop that evokes a Tumblr page coming to life. With vocalist Sarah Perry rapping in both Japanese and English, their dizzying new Intro Bonito plays like a cheerful update on Cibo Matto for an era of songs about selfies (like the band’s own “Picture This”). Perry brought out props that include a stuffed crocodile during Kero Kero Bonito’s U.S. debut at SXSW a few months back, so while you might want to bring your dancing shoes, also keep those smartphones at the ready. Oct 12, 13 at Palisades 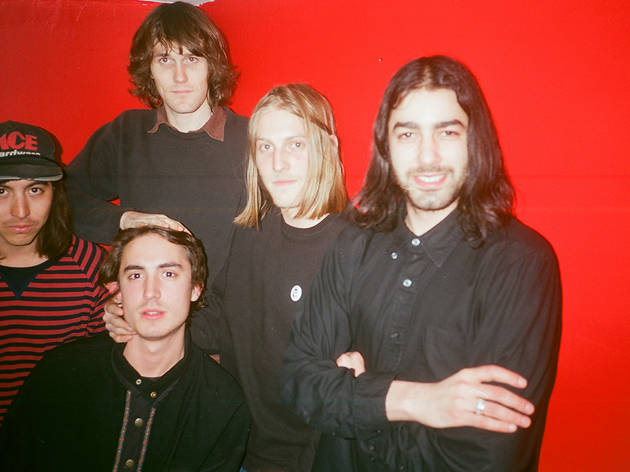 These five NYC-transplant proto-punks who just released their first 7-inch on Daptone sub-label Wick Records have the home field advantage so won’t have to worry about local couch surfing and should technically should be alert and well-rested. Which should give them plenty of time to focus on destroying eardrums and ripping throats with their bluesy psychedelic live jams that even better their excellent recorded output. Oct 16 at Our Wicked Lady