Here's how to watch Hamilton on Disney+ this weekend

On Friday, millions of people are finally getting a shot to see Hamilton, the rags-to-treasure biographical musical that has become the Broadway success story of the 21st century. That's not to say that people don't already know about it: No stage musical in decades has had the pop crossover reach of Lin-Manuel Miranda's masterwork. But the filmed version of the show's original Broadway production, which premieres on the streaming service Disney+ on July 3, is sure to bump Hamilton to an even higher level of mass-culture permeation.

Hamilton was originally slated for release in 2021, then got moved forward 15 months. At a time when most theater content is being pushed in the other direction, this early arrival is a wonderful gift. As we wrote back in 2015, Hamilton really is everything: a drama, a comedy, a romance, a character study, a spectacle, a lesson, a statement, a war story and a historiographical critique.

Hamilton goes live on July 3 at midnight PST, which is 3am EDT (or 8am BST). Here is our five-step guide to watching it on Disney+.

To stream Hamilton, you'll need to subscribe to Disney+, which costs a whopping—wait for it—$6.99 a month. That is far less than the hundreds of dollars it would cost to buy an actual seat to the show on Broadway; it is less than you'd pay if you managed to win a ticket in the Hamilton lottery. In fact, not only is it less than you would pay to see it in a movie theater, but it is less than you would probably pay to buy popcorn at that theater. And it comes with full access for a month to everything else on Disney+, including all Star Wars, Marvel, Pixar and Simpsons content. This is the best deal of the summer. (The only catch is that the service is not available everywhere in the world: You can only see it in the U.S., the U.K., Ireland, Canada, Australia, New Zealand, Germany, Italy, France, Spain, Austria, Switzerland, the Netherlands, India and Japan.) Once you're signed up, you can watch it here.

2. Psych yourself up before watching

At a time of increasing stratification, Hamilton is a major collective cultural event. What's more, it's a chance to see virtually the entire original Broadway cast—including principals Miranda, Leslie Odom Jr., Philippa Soo, Renée Elise Goldsberry,  Daveed Diggs, Christopher Jackson, Jonathan Groff, Okieriete Onaodowan, Jasmine Cephas Jones and Anthony Ramos—stamp their performances into history. (Recorded in June 2016, the film also features all but two of the show's original Broadway chorus members, including future Tony nominees Ephraim Sykes and Ariana DeBose.) So get ready. Ramp up.  Listen to a few tracks from the cast album. Watch the brief trailer and other teasers below. Savor the moment. History is happening.

3. Watch Hamilton on the biggest screen you can find

Director Thomas Kail has wisely chosen to create a filmed record of Hamilton's Broadway production, which he also directed, instead of trying to adapt this highly theatrical work into a more conventional movie. To do justice to the complexity of the staging—and to Andy Blankenbuehler's superb choreography, as executed by a terrific ensemble of dancers—Kail uses a lot of long shots, and doles out close-ups judiciously. That brings a great deal of extra detail, but you can miss a lot of it if you're watching on a small device. (If you want to watch it through Apple TV, though, be warned that Disney+ is only available on Version 4.)

4. Experience Hamilton with a group if you can—or join the official Twitter watch party

Hamilton is a theater work and as such it is best experienced as part of an audience. You can hear the crowd go wild many times on the recording, which helps, but if you can watch with a group—with people you are isolated with, or with proper social distancing, of course—it will add to the excitement. If that's not an option, you can join a virtual audience in the official Hamilton watch party that starts at 7pm EDT (midnight BST) on Friday, July 3. Follow Miranda, Odom, Goldsberry, Jackson, Ramos, musical mastermind Alex Lacamoire and more by using the hashtag #Hamilfilm. 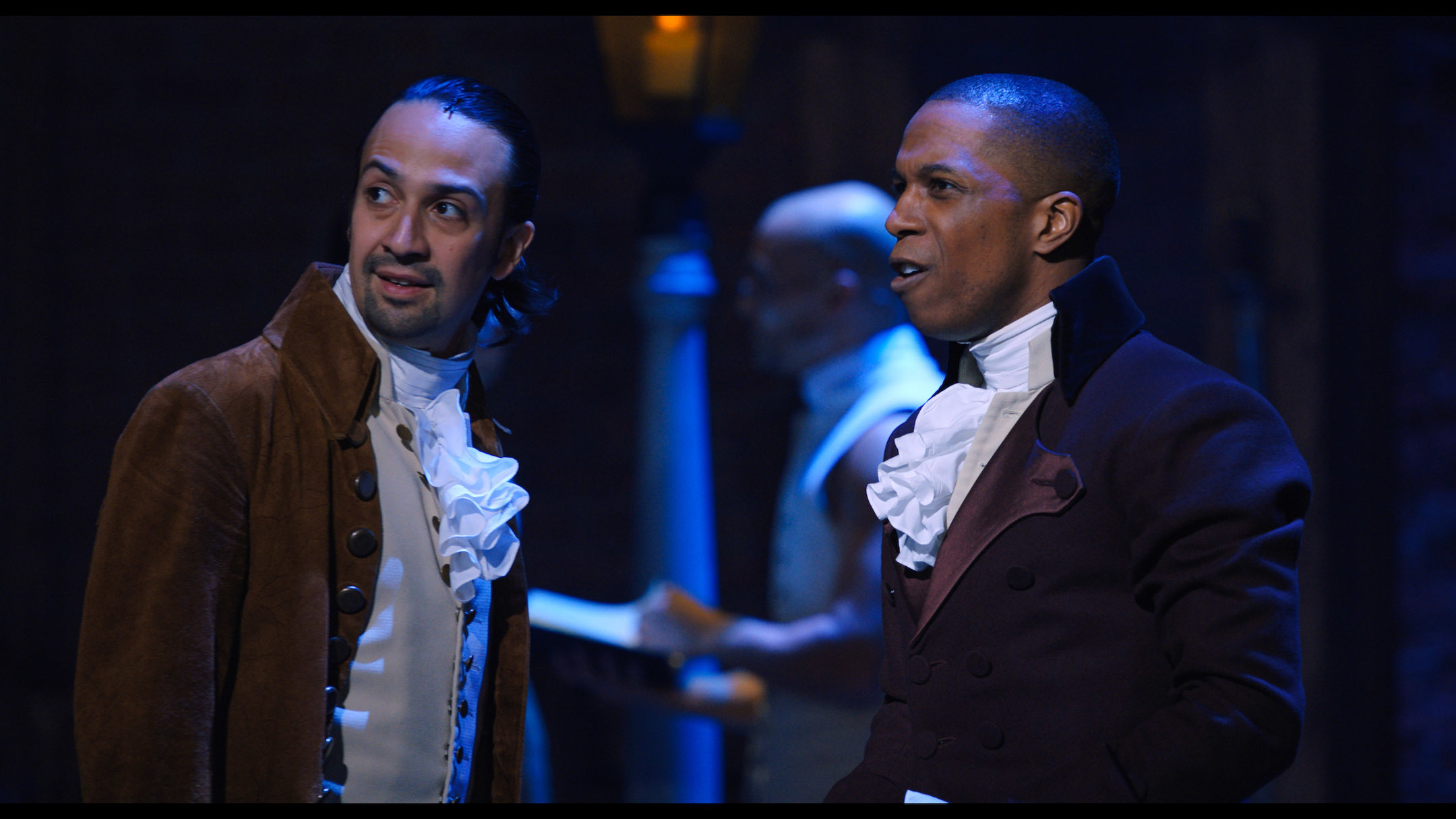 5. Watch Hamilton the way you would watch a show at the theater

There is no end date to Hamilton on Disney+; you'll be able to return to it as often as you like. So the first time you watch it, resist the urge to stop and start. Don't rewind to watch "Satisfied" or linger longer in "The Room Where It Happens," no matter how awesome they are. (Spoiler: They are awesome.) Don't try to pause at the exact moment when Groff, playing the demented King George III, spits so hard that a glob of drool runs down his chin, where it remains for the rest of his song. You can come back to these things later, and you will. But the show has peaks and valleys that are meant to be experienced in sequence and without interruption for full emotional effect. The one exception: When the show reaches intermission—at pretty much exactly the halfway point—do take 15 minutes to stretch, go to the bathroom or, for the full Broadway experience, charge yourself $18 for a drink in a plastic cup.

And again. And again. You will catch something new every time. That's what makes it Hamilton. 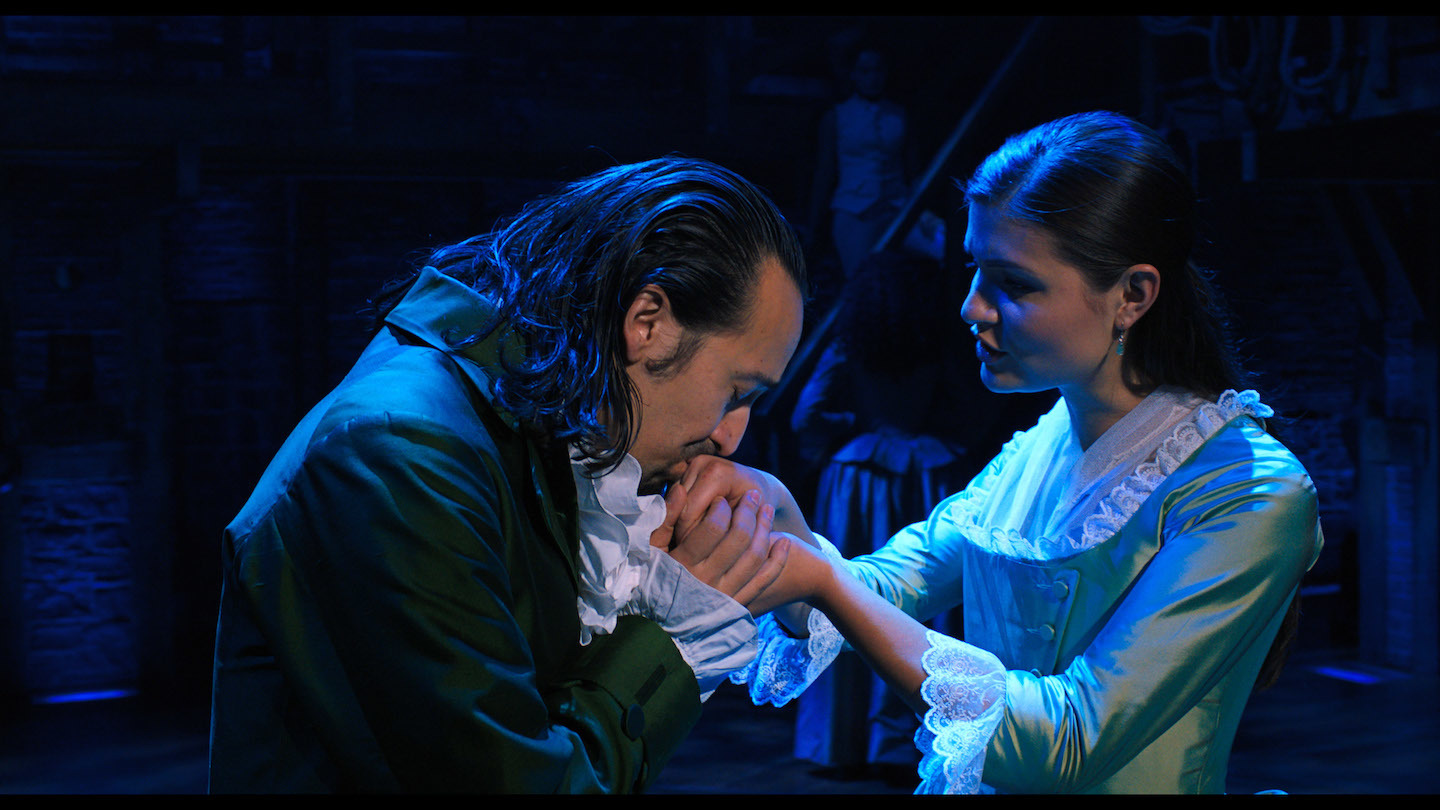