A concert by a top Broadway star, performed in person and indoors in Times Square: the very idea of it is music to many New Yorkers' ears. It's been nearly six months since the city's theaters and cabarets closed down, and fans of live performance have been yearning to be part of a real-life audience ever since. This weekend, they have a rare chance to do exactly that at three solo concerts at midtown's Open Jar Studios.

A complex of 21 rehearsal studios, Open Jar opened in June of last year, and while its location couldn't be better—1601 Broadway, at the corner of 48th—its timing was less than ideal. The space has not gone entirely to waste during the shutdown, however; at the height of the crisis, it was at the center of the Broadway Relief Project's mobilization of Broadway costume designers and sewers to create masks and gowns as PPE.

Now Open Jar is offering a glimpse at what live performance in New York can look like if it sets itself up in accordance with city health guidelines. The 4,000-square-foot performance space has been transformed into a makeshift cabaret venue. The audience is limited to a maximum of 48 people; the spectators are seated more 20 feet from the stage and separated from one another by plexiglass panels. Members of the audience must wear masks at all times, and also fill out a health questionnaire and have their temperatures checked at the door. The room is flooded with outside air before each event and cleaned and disinfected afterward.

Joshua Henry (Carousel) performed the first concert there on August 21. There have been three others since, and this weekend, there will be three more by Broadway lights Teal Wicks, Kate Baldwin and Brandon Victor Dixon. Each concert will benefit a charity of the performer's choice. Audiences who can't attend in person—or would prefer not to—can watch live-streamed versions of them from home.

Here are details about each of this weekend's three concerts:

Friday, September 4 at 8pm EDT: Teal Wicks
Ascendant Broadway star Wicks was the middle Cher in The Cher Show, the shallow wife in Finding Neverland and the good-hearted love interest in the revival of Jekyll and Hyde; she has also gone green in Wicked. Tickets to see the show in person cost $35–$50; the live-streamed version is free. The charitable beneficiary is One Tree Planted.

Saturday, September 5 at 8pm EDT: Kate Baldwin
The luminous Baldwin broke through in 2009 as the star of Broadway’s Finian’s Rainbow and has since brightened shows including Giant, Big Fish and the Broadway revival of Hello, Dolly! (for which she earned her second Tony nomination). Tickets to the live show cost $35–$50, and the online version is free. The charity being helped is Active Minds.

Sunday, September 6 at 8pm EDT: Brandon Victor Dixon
The excellent singer-actor Brandon Victor Dixon—who has memorably appeared in The Color Purple, The Scottsboro Boys, Shuffle Along, Hamilton and the TV broadcast of Jesus Christ Superstar (for which he nabbed an Emmy nomination to go with his two Tony noms)—raises money for the #WeAre Foundation. Live tickets cost $70–$90 and virtual tickets are $5. 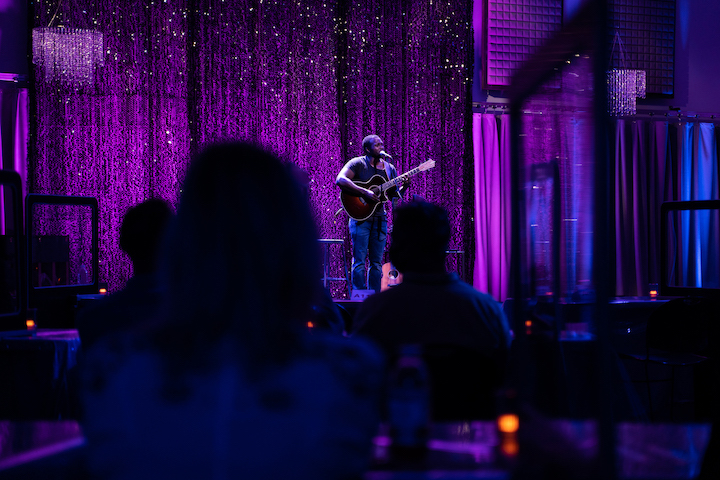 - Broadway shows now on sale for 2021
- The highest outdoor observation deck in the Western Hemisphere is reopening for visitors
- Find out what your NYC building looked like in the 1940s
- 13 hidden patios, backyards and gardens for outdoor dining in NYC
- NYC DOE reaches a new decision about the return to school