You've read Martin Scorsese's take on Marvel movies. You've argued about it. You've even watched the Cats trailer (maybe a few times, in stupefied silence). But have you seen The Irishman yet? Come on, people. Not only do we recommend it, but we know that three-and-a-half hours isn't a big deal to you, say when it comes to committing to The Crown or whatever. It's Marty and you're a New Yorker. Consider it homework.

Today, Netflix released a new trailer for The Irishman and it's extremely well-done, glancing on much of the complexity of the film: the violence, guilt and recrimination of mob life. Here it is: 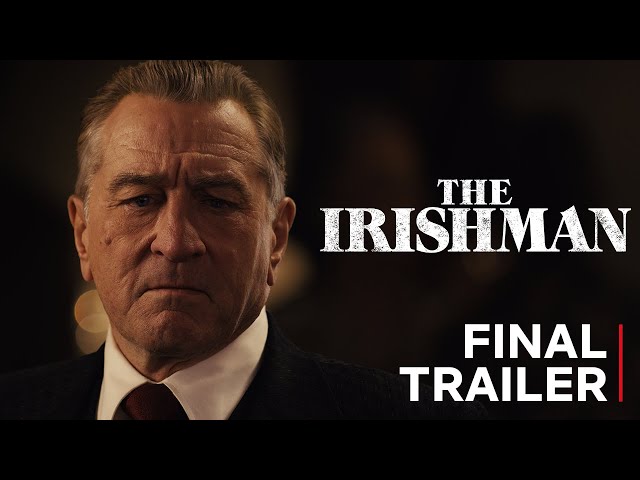 But nothing will bring you into the universe better than what Netflix has planned this weekend for Little Italy. On Friday and Saturday from 9am to 7pm, the streaming service will be taking over five blocks of the neighborhood and back-dating them to August 1, 1975, the day after Jimmy Hoffa was reported missing. Here's what Netflix has released about it:

What does this mean for you? It means you're going to encounter surprises, old cars, newspapers, maybe even some gangster dramatics. If you "tell 'em Jimmy sent you" (that's the secret catchphrase), you'll be able to collect free food and drinks from some of the tastiest restaurants in the area, like Parm and Ferrara Bakery & Cafe. Here's a map of the participating shops:

And Netflix will no doubt make sure that everyone leaves with a bit of swag from the movie itself, just as folks have been getting free posters and pins for Marriage Story at Metrograph's Noah Baumbach residency. You can't say they don't know how to sell a movie.

A voting member of the National Society of Film Critics and the New York Film Critics Circle (which he chaired in 2012–14), Rothkopf is Time Out’s signature movie reviewer and voice, distinctively covering cinema from every angle for years. Rothkopf has served on several international festival juries, and teaches at New York University’s School of Professional Studies. His writing has appeared in publications including Rolling Stone, The Village Voice, The Chicago Reader and In These Times, where he was chief film critic from 1999 to 2003.