The Metropolitan Opera has canceled its entire spring season

The Met now plans to resume live performances with a bold new slate in September 2021.

At the start of June, when the Metropolitan Opera announced that it would be canceling its fall season, the hope was that the company would be able to resume live performances in the first half of 2021. But today the Met announced a change of plan: The entire 2020–21 season has now been canceled, and the opera house will not be hosting live productions for another full year.

In the interim, the Met will continue to share archival recordings through its very popular Nightly Met Opera Streams series and its weekly Free Student Streams, as well as its new Met Stars Live in Concert program. Full information about the productions in the Metropolitan Opera's 2021–22 season can be found on the Met's website.

The good news is that the Met has programmed a bold, forward-looking slate for its 2021–22 return. The season will include the Met premieres of three contemporary operas, the most in a single season since 1928. The opening salvo of the season, on September 27, will be Terence Blanchard and Kasi Lemmons’s Fire Shut Up in My Bones, adapted from a memoir by New York Times op-ed columnist Charles M. Blow. The piece will be the first opera by a Black composer to be staged in the history of the Met; Camille A. Brown, who is co-directing it with James Robinson, will also be the first Black director in the company's history.

Other new works will include Matthew Aucoin’s Eurydice, with a libretto by Sarah Ruhl, and Brett Dean’s Hamlet, with a libretto by Matthew Jocelyn. The season will also include new stagings of Verdi’s Rigoletto and Don Carlos (in its full five-act version) and Donizetti’s Lucia di Lammermoor. All six of these new productions will be broadcast as part of the Met's Live in HD series. 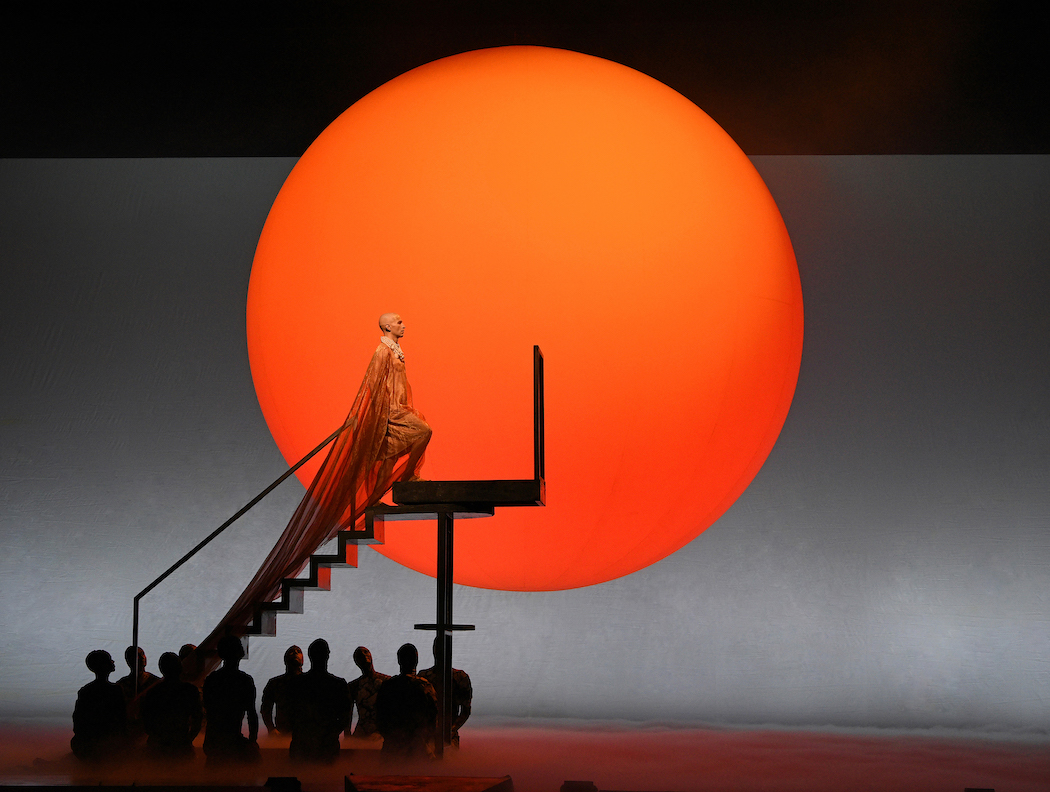 For the 2021 holiday season, the Met will offer The Magic Flute as well as Cinderella, condensed from Laurent Pelly’s 2018 production of Massenet’s Cendrillon and featuring a new English translation by Kelley Rourke. Sixteen revivals of repertoire classics, including Philip Glass’s Akhnaten and Mozart's Le Nozze di Figaro, are also in the works. the conductors will include five woman, an all-time record for a single Met season. New productions that were to have premiered during the 2020–21 season (including Prokofiev’s The Fiery Angel and Jake Heggie’s Dead Man Walking, will be rescheduled for future seasons.

“The inability to perform is taking a tremendous toll on our company,” said Peter Gelb, the Met’s general manager. “Our future relies on making strong artistic strides, while collectively reducing our costs until the audience has fully returned." Tickets for the new season go on sale for Met Patrons on October 12, for Subscribers on October 19, and for ticket buyers who currently have money on account on October 26. The on-sale date for single tickets will be announced at a later date. The Met is eliminating all handling charges and exchange fees for this season.