A coastal Mexican restaurant in Manhattan with an early nod from Michelin.

Michelin is a 133-year-old French tire company that began publishing guide books to promote road tourism in 1900. It began awarding stars to restaurants a couple of decades later. The stars only began to shine in NYC this millennium, and 65 spots are presently pinned with the anonymously chosen honor, mostly in Manhattan, with 10 in Brooklyn and one in Queens. Many people believe that the restaurants they like are worthy of inclusion, and that the restaurants that they do not like are not. Everyone is correct in every case.

Oxomoco, in Greenpoint, is a Brooklyn “Mexican, contemporary” entrant, with one star signifying “High quality cooking, worth a stop!”. (Two means “Excellent cooking, with a detour!”; three means “Exceptional cuisine, worth a special journey!”) Its bavette is one of the finest I’ve had in NYC, it served frozen drinks years before an avalanche of similar-echelon destinations started last summer and it's one of Time Out New York’s best restaurants in the city.

The polished dining room seats 65 across deep green banquettes, booths, tables and floral-patterned chairs, under attractive lighting warm on varying visions of rouge, high-shine tiles and glassy accents. In frequent restaurant-speak, it’s jewel-toned. In further shorthand, Bar Tulix is also already Michelin-noted, one of 25 additions to its radar published in July that precede both the Bibs and the stars in a sort of pre-pre-engaged fashion that indicates that it might have a more realistic chance of ending up among either than unmentioned ventures. The rubber company/recommendation behemoth/constellation maker’s imprint is so deep that even this low-stakes, passing attachment invites musings on its worthiness.

Bar Tulix is solidly good, and people who want to feel OK about allocating going-out money here (where a lot feels like it’s a few dollars more than it should be, even in the context of recent headlines) will have fonder feelings than those for whom the guide carries super-luxe connotations.

The cocktail menu illustrates both notions on the nose. Its $29, 24 Karat cocktail is fine. Reached through a representative, Bar Tulix management attributes the price tag to premium ingredients. The extra añejo tequila (a spirit particularly conducive to sipping and aged for at least three years, 36 months in this case) doesn’t make enough of a splash in the chiltepín chile-infused Grand Mariner, turmeric agave syrup (“100% blue Weber agave and hand harvested from fields in Guanajuato”) and lemon blend to justify the cost, nor does its presentation—poured into a glass and garnished with citrus—seem worth the spend. A classic margarita ($18) is much better and merits second and third rounds, its freshness clearly apparent compared to the synthetic mix you might sip elsewhere. An extra dollar to make it spicy, however, doesn’t, really, and seems only to alter the color of the salt rim.

Baja guacamole comes in “single” ($17) or “double” ($29) servings, and the former is suitable for two. It's attractively assembled with an abundance of queso fresco, a bounty of cilantro, seemingly a whole serrano pepper windowsill harvest and a couple shots of salsa verde, all obscuring the avocado buried beneath. Its a tasty combination, but light enough on the anticipated primary ingredient to zag expectations. It tastes good, but that fickle fruit in its prime at the bottom of the bowl is surprisingly paltry. The accompanying tostadas are great, and plated in a large enough quantity to break apart and last until the end of the dip with a little extra to sample the nice salsa trio's ($12) ascending heat that maxes out at a pleasant, low-simmer.

The clam toast ($20) is a hit. Manila bivalves simmer in a broth of Monopolio lager, garlic ancho and butter before their excellently textured interiors are extracted and layered over the thick bread’s surface crunch and softer center. It’s well-portioned between two slices.

Skip the three masa-encrusted branzino tacos ($31 for three, hospitably offered to redistribute to four for sharing), which could be any fried fish beneath an adept batter. The cochinita pibil ($34), though outside of Bar Tulix’s stated seafood focus and from a ways away on the protein spectrum, is the better entrée, its rich roast pork imbued with evenly melted fat and perked up with pickled red onions delicious by the fork-full and piled into corn tortillas. There’s also likely enough to share here, and even take home, depending on how you begin.

Choose wisely and you’ll be rewarded with appetite space for the esquites, another one of the kitchen’s best that tops a generous dish of plump, sweet corn kernels with Cotija and Chihuahua cheese, epazote, scallions and chives. Go ahead and take a chance on that guac, now that you know what to expect, add the terrific toast, too, and you'll have enough of this fantastic side and the great pibil to enjoy today and maybe even fashion into a special little breakfast tomorrow.

The Vibe: Slick, stylish and local-enough in a touristy part of downtown.

The Food: A coastal-Mexican menu with nice shellfish bites like the clam toast, land hits like cochinita pibil and excellent esquites.

The Drinks: First rate margaritas and a forgettable $29 tipple.

Bar Tulix is located at 25 West Houston Street. It is open Sunday-Wednesday from 5pm-10pm,  Thursday-Saturday from 5pm-11pm, Saturday and Sunday from 11am-3pm for brunch and Friday-Sunday from 3pm-5pm for “afternoon tacos.” 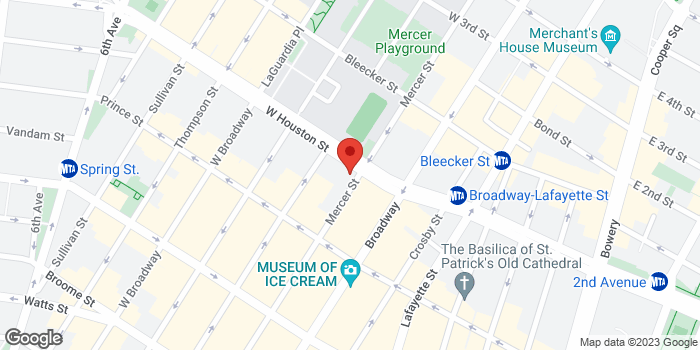 Opening hours:
Sunday-Wednesday from 5pm-10pm, Thursday-Saturday from 5pm-11pm, Saturday and Sunday from 11am-3pm for brunch and Friday-Sunday from 3pm-5pm for “afternoon tacos.”