The stylish revival of an NYC classic.

New Yorkers love nostalgia. The first time your favorite place closes forever, it stings even after you start telling anyone who’ll listen about your favorite place that closed. Newer New Yorkers, which is to say the young and/or recently New York-ed, will even catch wistfulness for destinations they never stepped foot in.

Many of us are attracted to a past that isn’t this one, perhaps seeking to escape the knowledge that our moment, too, will soon transform into history. And, although books are fine, the best way to fully immerse oneself in only the most halcyon of bygone days, is at glittering, gritty, Old New York restaurants and bars.

El Quijote first opened on 23rd Street adjacent to the historic Chelsea Hotel in 1930. The Spanish restaurant closed for renovations expected to span just months in 2018. There’s a paucity of notices and reviews from the '30s online, but eighty years later, Time Out New York remarked on its time capsule interior, generous portions like four “good for the table” paella varieties, and clocked the average entrée at $25. Even closer to the restaurant’s end, its triumphant decor, including marvelous, vibrant works of art inspired by the novel Don Quixote, from whence the place drew its name, accrued adjectives like “kitschy” and “tacky.”

El Quijote reopened on February 9 with a slick but subtle refresh and Sunday Hospitality (Rule of Thirds, Sunday in Brooklyn) at the helm.

Its entrance is separate from the hotel’s, which critically keeps the restaurant from the oft-doomed Hotel Dining category. The years-long renovation/restoration left its interior’s general glow intact. Its aura is the shade of a vintage valentine.

The long, 1930s-era bar is to the left. The main dining room, separated by a lovely wood partition, is to the right. Red leathery booths are somewhat further divided by wrought-iron-style panels back-to-back, curling like lace above eye level. They’re a real luxury of relative seclusion in this era of abundant, conversation-amplifying banquettes. Four-tops are surrounded by upholstered chairs in a crimson hue, too. The ceiling is artfully distressed like the most stylish cave in Manhattan, and one of the erstwhile space’s more subdued murals, white on oxblood, endures on the main room’s west wall. Upbeat jazz and pleasantly gravelly male warbling of indeterminate performers fills the air.

The whole space, including a private room toward the back that accommodates about 10, seats around 65. Minus the bar stools, a little back-of-the-envelope calculation puts the primary table seating in the low 40s, amounting to an intimate locale for whisperery, candlelit dinners. Just be sure to order from the top half of the menu for the best taste of what El Quijote has to offer.

Drinks are uniformly terrific, from zero-abv options like the Pink G&T ($12) with non-alcoholic gin, cherry blossom and tonic to its boozy carnival mirror Quijote G&T ($15) counterpart, which spins that last ingredient with Spanish gin, aloe and celery. They’re both served in kingly goblets that will reduce the pace of even the most accomplished drinkers. Those and the matrimonio de anchoas y boquerones ($18) are the ideal way to start a visit here. But they also wildly over-promise on what's to follow.

The anchovies are the perfect pairing of pickled and salt-cured fish. Four of each preparation are swimming in olive oil and served with grilled bread. The former, paler of the filets are light with a buoyant, saline effervescence. The latter are darker and rich, deeply dense but yielding like uni in slow motion. If you start with this sensational plate you’re liable to try just about anything, including the $72 paella. Do not order the $72 paella.

Between February of 2010, when this publication reported that El Quijote’s typical entree was $25, and February of 2022, the most recent month that the U.S. Bureau of Labor Statistics has data for, $25 became $32.73. This would matter less if the restaurant’s current, sole $72 paella variety were better, but its present price is above even the typical de facto hotel-restaurant tax for sub-room service quality.

The paella de temporada does have some acceptable elements.The short-grain rice is fine. Nearly-developed patches of socarrat, that beautiful, crispy patina that can form at the base of a pan, appear here and there, recalling more successful paella efforts one might have previously enjoyed.

Whole prawns with all their biological accoutrement restore some trust between the kitchen and the consumer, their brittle exterior shattering into tender meat that’s closer to catch of the day of anything else in the shallow dish. Mussels, clams and squid are also included: The bivalves curiously shriveled in their otherwise auspicious shells; tentacles seemingly sprawled out in an SOS gesture. This is not to mention the rabbit, which would be better served in a hat. The overdone morsels’ gamy notes are unpolished and under seasoned, but at least the medallions are scant.

El Quijote is still worth visiting. In addition to the sensational matrimonio de anchoas y boquerones, some small plates are pretty good. The golden fried patatas bravas with standard-issue aioli and zippy choricero pepper sauce ($12) and the also golden fried, crispy, creamy croquetas de jamón ($16) are top-notch bar bites to accompany excellent cocktails with aplomb. Even the poor paella is seasonal, so it could be better as early as June 21. Just make sure somebody else is paying before you give it a shot.

The Vibe: The main dining room hints at romance with candle light, shades or rouge, and cozy booths in lieu of ubiquitous banquettes. The lovely adjacent bar has Old New York style.

The Drinks: Excellently crafted and beautifully presented no and pro-ABV cocktails are the strongest argument for a visit to El Quijote. Gin and tonics in both categories are great, as are frozens like the Portonico with white port, cachaça, green apple, mint and cucumber tonic.

Time Out Tip: Sangria is only available in batches, so bring friends or come thirsty. 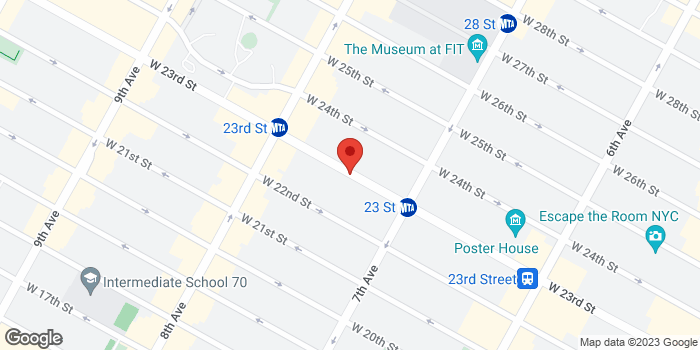