I get it—being single in the city can be tough, and the ways New Yorkers are having sex these days can be surprising. But whatever your dating conundrum might be, I'm here to help. Consider me (Jillian Anthony, Time Out New York's Editor) your personal wingwoman, guiding you through dating and doing it in New York in our weekly "Let Us Sex-plain" column. Check out my answers to all your questions online and in the magazine every Wednesday, and submit your own coitus queries below!

I’ve been with my fiancée for two years. She still lives with her ex and father in her ex’s house. Recently we’ve stopped going out because she says she doesn’t want to get kicked out until she has enough money and a new place for her and her dad (I haven’t met her family yet). I love her, but I don’t know if it’s worth it to keep waiting.

You don’t explicitly say whether her ex and father know about her romantic relationship with you or that you even exist. But I’m guessing they don’t, and something very fishy is going on. Maybe her real relationship is with her “ex,” and you’re a naive sidepiece. Maybe her ex is controlling her in some other way. But no matter what’s going on, if you have a fiancée who refuses to introduce you to her family and won’t spend time with you, you should seriously consider ending it. Sure, she has her family situation to think about, but you deserve someone who’s proud to be with you, and it doesn’t sound like you’ll find that here.

I’ve been with my boyfriend for five years now, but he moved to Argentina, and I moved to NYC for work. I started hanging out with this guy here, and for a while, he was my sidekick. Then we hooked up, and now he’s said “I love you,” and I have too. But I still love my boyfriend in Argentina. I don’t want to hurt either of them, and I feel like an awful person. How can I make the right decision?

Oh, you feel awful? Don’t cry for me, Argentina. You’re stringing along two people, one of whom (OG boyfriend) sounds like he has no idea you’re having a full-on relationship with another man who’s a continent away. You may still love him, but you don’t respect him. So do the right thing: Break up with him now before you cause any further pain, and get on with your new life.

I’ve been having sex with a girl for a few weeks, and it’s been great. She orgasms every time, but at the end of our two most recent encounters, I didn’t get off. I had fun and really didn’t care, but she was obviously bothered and became very distant. Now she’s saying she doesn’t want to see me anymore because she’s too insecure about what happened, even though I don’t see any issue. What do I do?

It’s really unfortunate she’s making a big deal out of nothing. (Whatever your gender, it happens! Rest and try again, or move on and don’t worry about it.) But this insecurity has everything to do with her and nothing to do with you. I’d try once more to explain to her with care that you love having sex with her and want to keep doing it and that this is a very normal thing that has nothing to do with how attractive you find her (she’s the hottest!) or how good she is in bed (the best!). But if she can’t swallow her (misplaced) shame and go for it, fun times are sadly over. 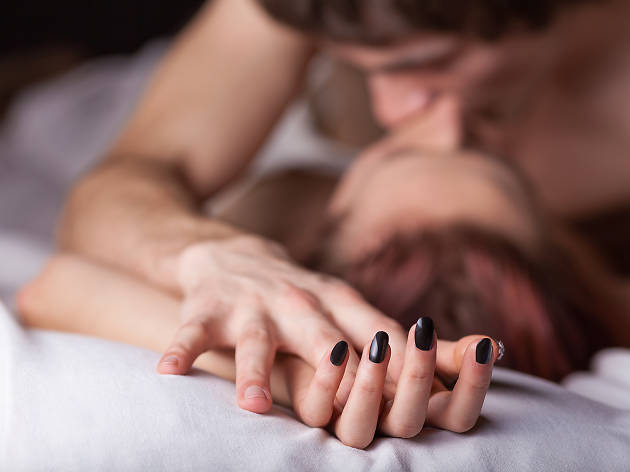 Your personal wingwoman, Jillian Anthony, answers all your questions about dating and doing it in New York. Read them all here.