The best fall shows to see on Broadway in 2021

A full fall preview of all the new musicals, plays and revivals that are coming to Broadway in 2021

The fall season on Broadway sometimes seems like a poor relation of the glitzier spring season, when many of the year’s highest-profile shows cram into a few frantic weeks before the cut-off date for the Tony Awards. But that’s certainly not the case in 2021. As theater fans return to Broadway after a shutdown that lasted a year and a half, they face a bonanza of exciting new prospects. When it comes to musicals, the lineup is full of big shows that had originally planned to open last spring. And where plays are concerned, the fall offers an unusually large number of works by Black playwrights—including Lynn Nottage, Dominique Morisseau and Alice Childers—alongside acclaimed Off Broadway productions from the past two seasons. And did we mention Hugh Jackman? There, now we have. Here, divided into categories, is a fall preview of the 17 new productions that will open on Broadway between now and the end of the year.

RECOMMENDED: The 20 best Off Broadway shows to see in Fall 2021 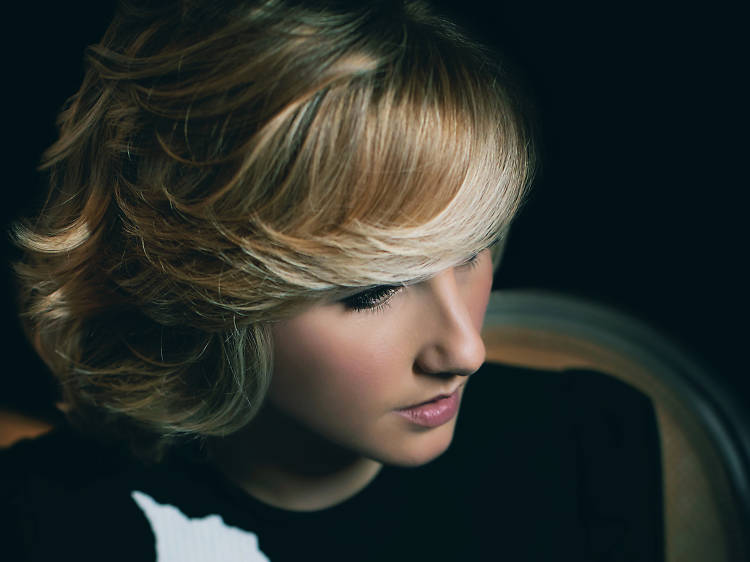 What it is: Created by the Memphis team of Joe DiPietro and David Bryan, this musical examines the sorry history of Diana, Princess of Wales, whose marriage to Prince Charles came undone in a sea of tabloid ugliness.
Why to go: If you like The Crown, but wish that everyone in it were singing all the time, this might be just the ticket—and two-time Tony winner Judy Kaye is playing Queen Elizabeth. 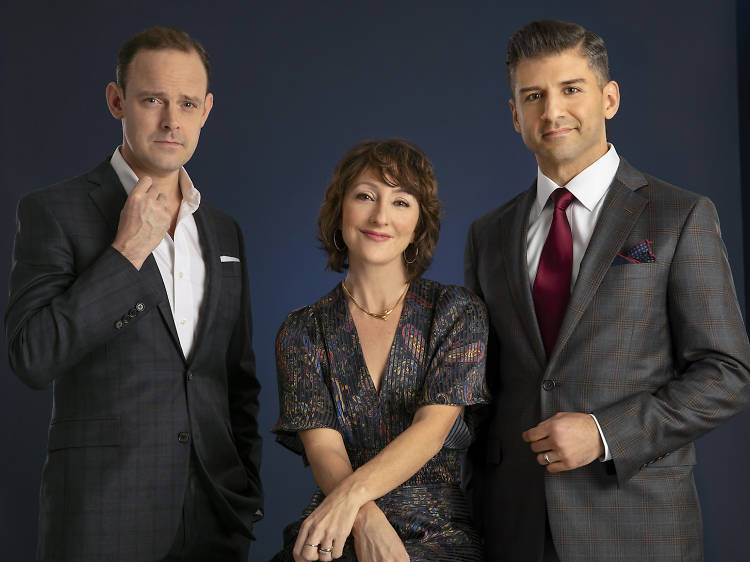 What it is: James Lapine (Into the Woods) is the director and book writer of this new musical about three prominent figures who dropped acid in the 1950s: matinee idol Cary Grant, novelist-philosopher Aldous Huxley and playwright-politician Clare Boothe Luce.
Why to go: Lincoln Center Theater has a strong track record with quality musicals, as do composer Tom Kitt (Next to Normal) and lyricist Michael Korie (Grey Gardens). It promises to be an interesting trip. 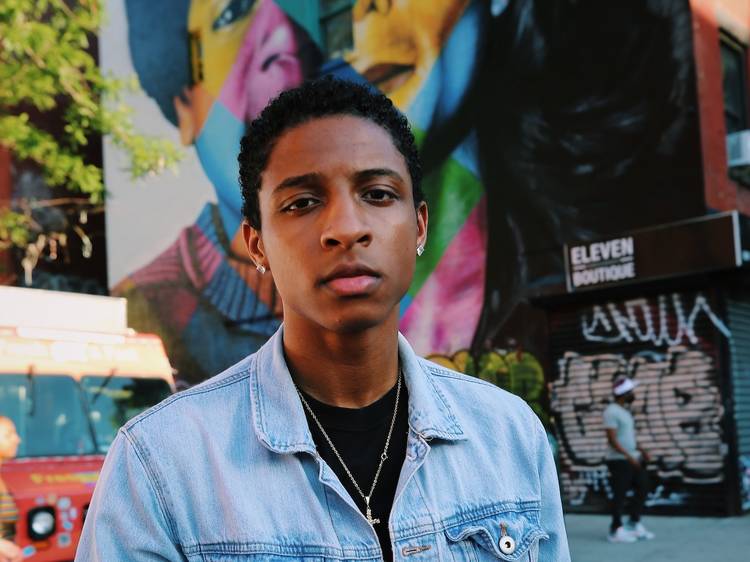 What it is: This biomusical looks at Michael Jackson in the early 1990s, when he was on his Dangerous world tour. Created with the cooperation of the singer's estate, the show features hits by the King of Pop's catalog and a book by Lynn Nottage.
Why to go: The songs are classics, but will audiences embrace a story about an artist whose image has been so tarnished by dark accusations? Nottage's involvement raises the possibility that this portrait will include some shadows. 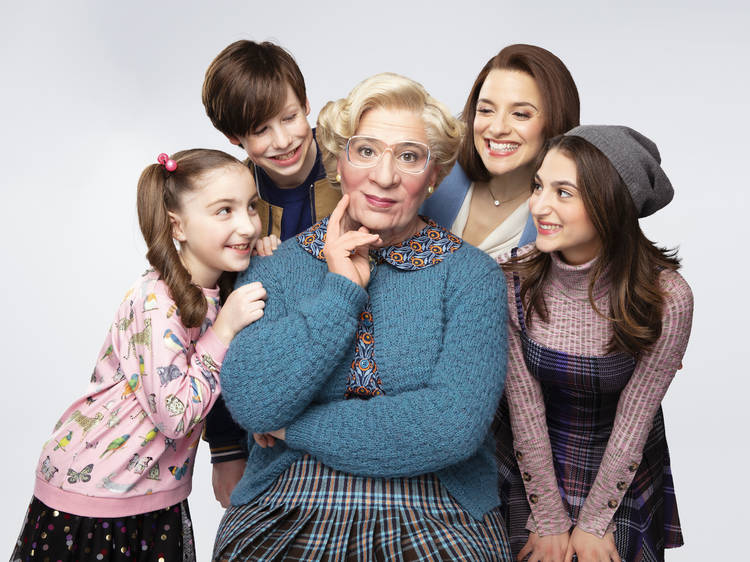 What it is: Broadway's love affair with drag continues with this musical adaptation of the 1993 movie about a divorced dad turned cross-dressed Scottish housekeeper, adapted by Something Rotten!'s John O'Farrell and Karey and Wayne Kirkpatrick.
Why to go: While it can be hard for adaptations to live up to their sources, this show has at least a couple of aces up its sensibly sweatered sleeve: It is directed by musical-comedy expert Jerry Zaks (Hello, Dolly!) and stars the gifted Rob McClure (Chaplin). 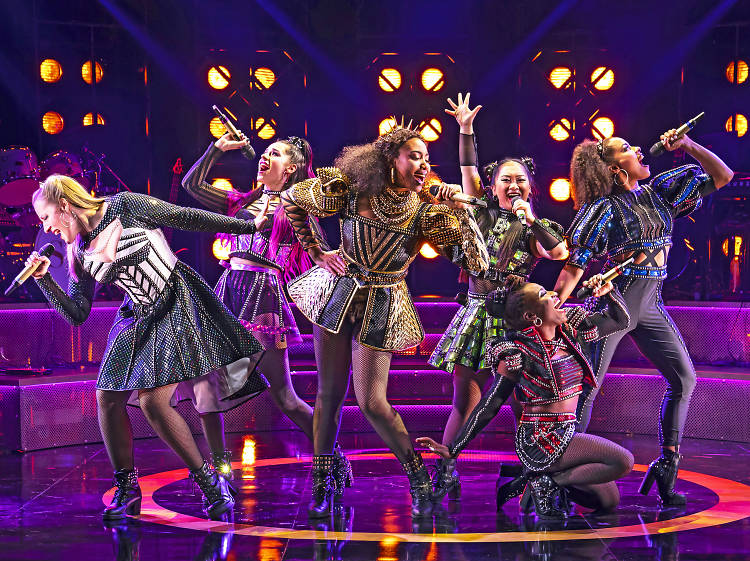 What it is: The six wives of Henry VIII sing their grievances in a new musical that takes the form of a modern pop concert. The show was originally scheduled to open on the exact night the Broadway shutdown began.
Why to go: Providing service to both British-history aficionados and fans of screlting pop divas, this youthful musical casts a pretty wide net. 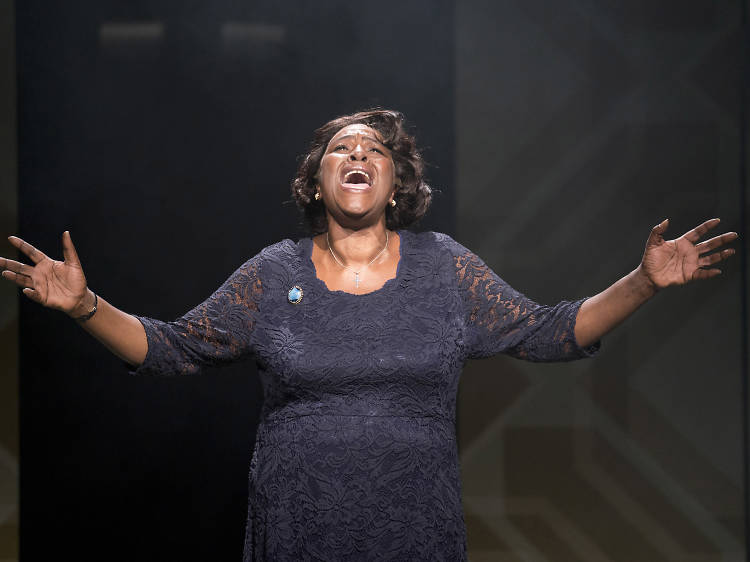 What it is: This superb musical, with a libretto by Tony Kushner (Angels in America) and music by Jeanine Tesori (Fun Home), offers a deep, empathic and imaginative look at the crossroads of an African-American maid in 1963 Louisiana.
Why to go: One of the great musicals of recent decades, this show was ahead of its time in 2003—but the times may finally have caught up. This is the rare work of musical theater that, if you let it, can change the way you see the world. 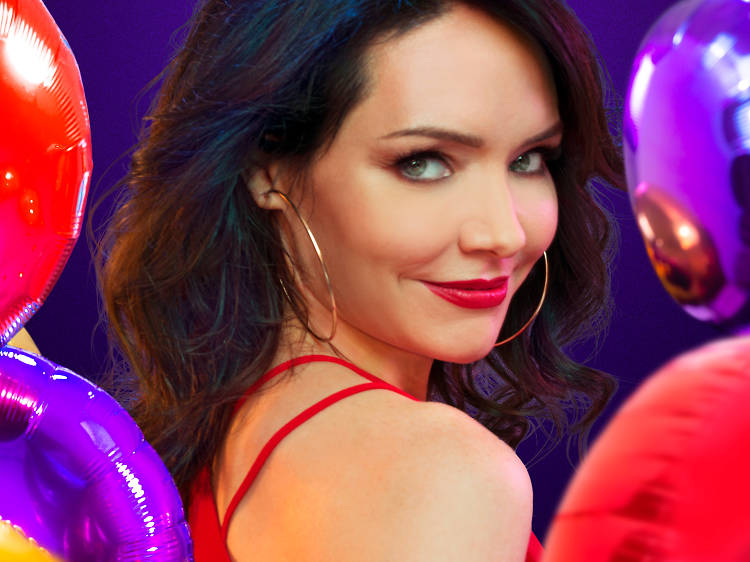 What it is: Stephen Sondheim and George Furth’s path-breaking 1970 musical about love in the big city gets a twist: The commitment-averse main character is now a woman, played by Katrina Lenk.
Why to go: Lenk was mesmerizing in The Band’s Visit, and the promising cast of Marianne Elliott's revival also includes Broadway überdiva Patti LuPone. The central gender switch seems like an interesting way to bring new dimensions to a now-familiar show. 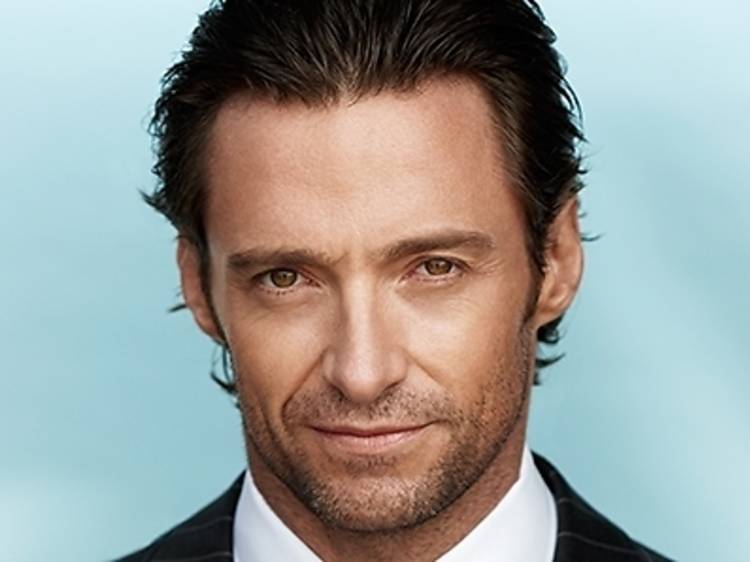 What it is: Hugh Jackman and Sutton Foster return to Broadway in a revival of Meredith Willson's beloved 1957 musical about a wily con man who stirs up "Trouble" in small-town Iowa but meets his match at the library.
Why to go: First-class stars and a first-class supporting cast in a first-class musical in a first-class production that reassembles nearly the entire creative team of the Bette Midler Hello, Dolly!, including director Jerry Zaks. This one sells itself. 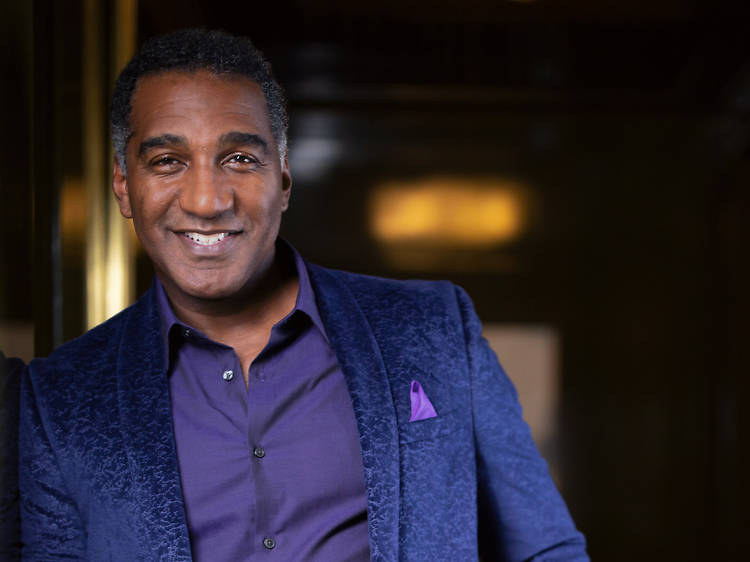 What it is: Skeletons come tumbling out of the casket at the funeral of the patriarch of a squabbling African-American family in this new comedy by Douglas Lyons.
Why to go: Most of the plays this season lean heavily toward drama, so this scrappy show may provide a welcome dose of laughs. The Broadway cast is led by Broadway favorites Norm Lewis and Michael Urie. 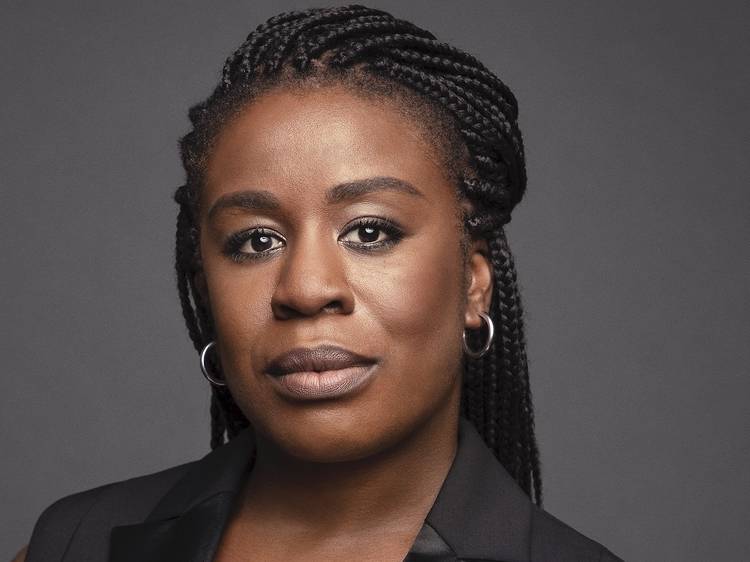 What it is: Playwright Lynn Nottage and director Kate Whoriskey team up for a new work about a truck-stop sandwich joint staffed by ex-cons trying to create the perfect snack.
Why to go: Nottage and Whoriskey's previous collaborations include Ruined and Sweat, both of which won Pulitzer Prizes, and the excellent cast includes Uzo Aduba, Ron Cephas Jones and Edmund Donovan. 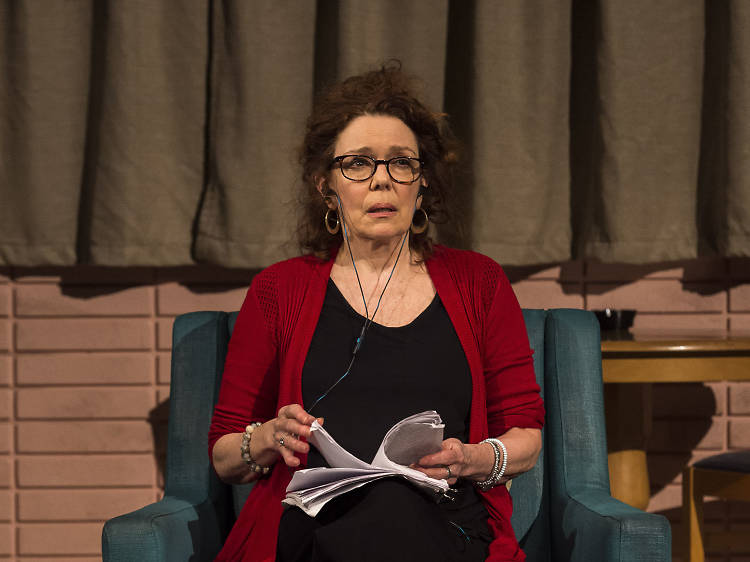 What it is: Deirdre O’Connell lip-synchs the unusual text that Lucas Hnath (A Doll's House, Part 2) has constructed out of real audio recordings of an interview with his mother about her harrowing 1997 abduction by a mental patient.
Why to go: The story is gripping, and O'Connell—who won a Special Citation last year from the New York Drama Critics' Circle for this performance—delivers a tour de force of virtuoso naturalism that you will never forget. 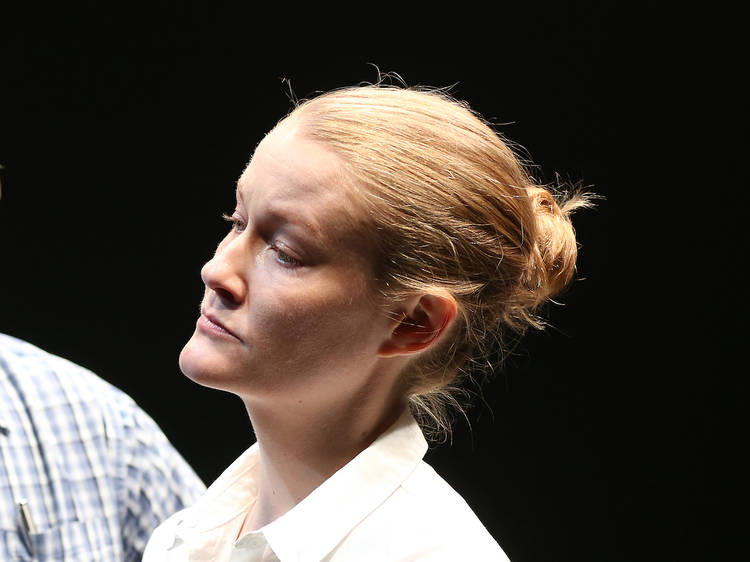 Is This A Room

What it is: Director Tina Satter takes the full actual transcript of the FBI's first interrogation of convicted classified-info leaker Reality Winner and enacts it with a mixture of vérité and stylization.
Why to go: A strange and fascinating glimpse into the mechanics of information and justice in America, Is This A Room was one of the most compelling shows of 2019, and Emily Davis gives a heart-grabbing performance as Winner. 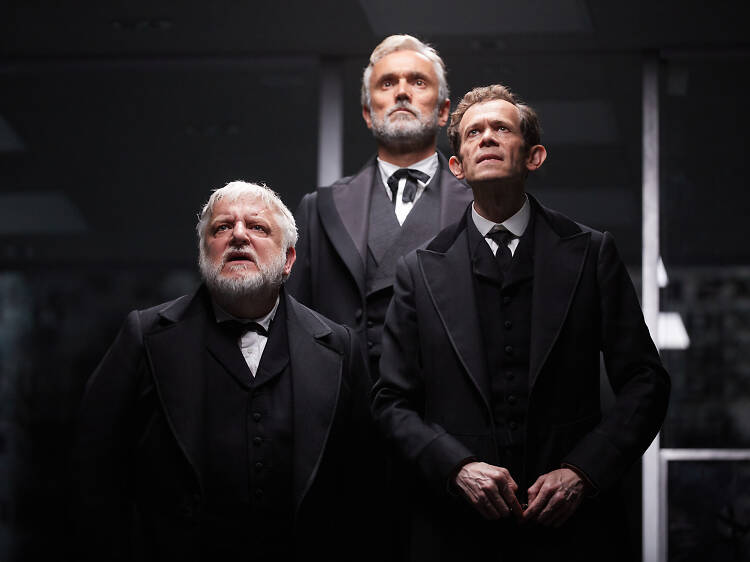 What it is: The rise and crash of the Lehman Brothers' financial empire is the subject of this epic by Stefano Massini, adapted by Ben Power and directed by Sam Mendes (Skyfall).
Why to go: Tired of the slender one-acts that have been in vogue? This massive production, which was sold out at the Park Avenue Armory in 2018, covers more than 150 years of history and lasts three and a half hours. 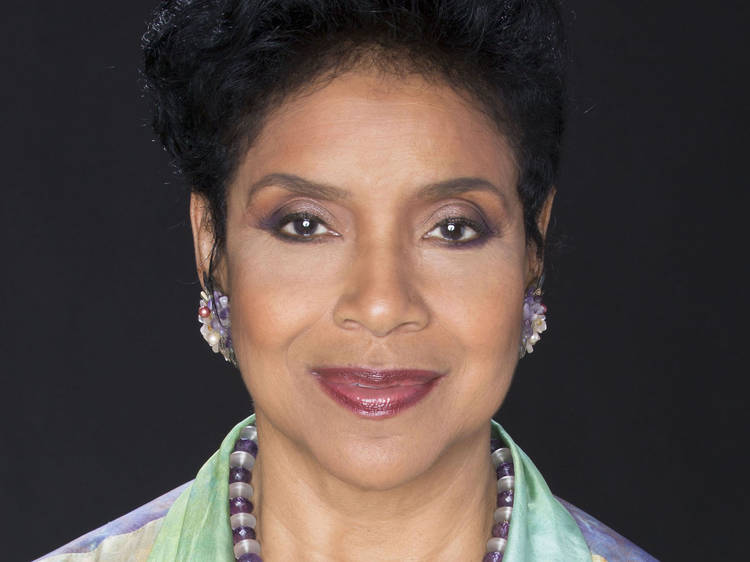 What it is: Four workers at a dying Detroit auto-parts plant are torn between strategies for survival in Dominique Morisseau's meaty drama.
Why to go: Five years after earning critical plaudits in its Off Broadway debut at the Atlantic, Skeleton Crew makes the leap to Broadway in a production that stars Broadway royalty Phylicia Rashad. 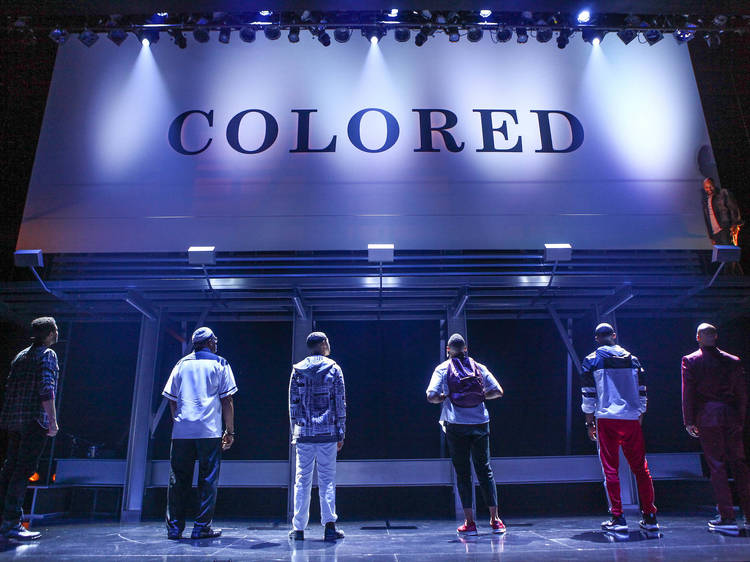 Thoughts of a Colored Man