Theater is sparse in the summer, but it springs back to life in the fall with a wide variety of shows on Broadway. If you think the Great White Way is only about trying to find the best Broadway musicals, take another look. The final stretch of 2019 does include a smattering of tuners—including an Alanis Morissette jukebox show, a Tina Turner biomusical and a version of West Side Story unlike any you've seen before—as well as several returning holiday favorites. But new plays dominate the landscape: original dramas by Tracy Letts, Matthew Lopez, Adam Rapp, Jeremy O. Harris, Robert Schenkkan and Florian Zeller. Here, in chronological order, is a fall preview of the 16 new productions to be found on Broadway between now and December.

RECOMMENDED: Full guide to the best things to do in the fall

Fall shows to see on Broadway 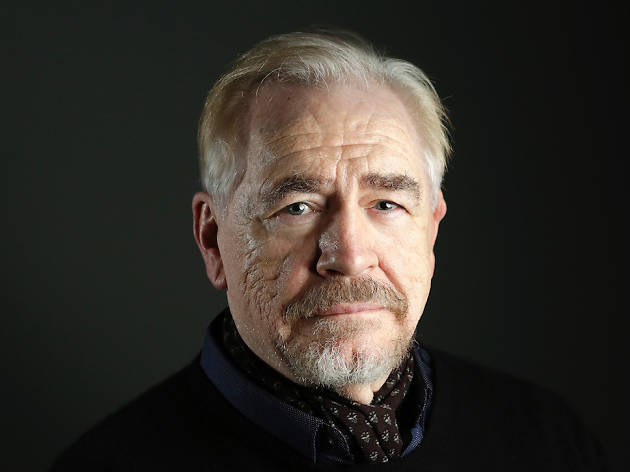 The superb Scottish actor Brian Cox stars as Lyndon Baines Johnson in Robert Schenkkan's political bioplay, directed by Bill Rauch. Picking up where he left off in 2014's Tony-winning All the Way, Schenkkan tracks Johnson's efforts to keep the country on track during the turbulence of the Civil Rights movement and the growing war in Vietnam. The starry supporting cast includes Grantham Coleman as Martin Luther King Jr., Bryce Pinkham as Robert Kennedy, Richard Thomas as Hubert Humphrey, Gordon Clapp as J. Edgar Hoover and Barbara Garrick as Lady Bird. 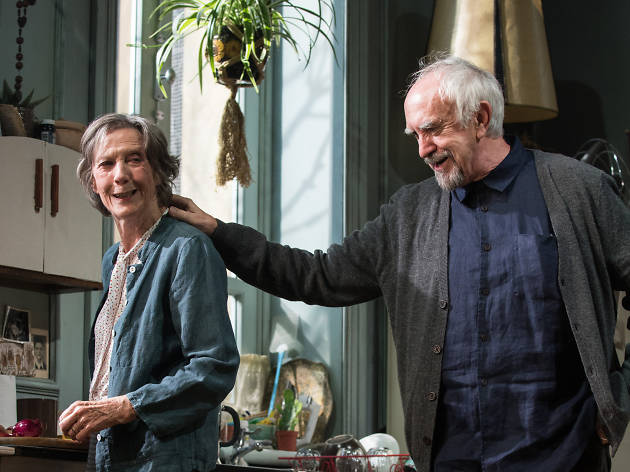 Two of England's most distinguished actors, Jonathan Pryce and Eileen Atkins, play an elderly married couple adjusting to the unrealities of death in this elliptical new play by France's Florian Zeller, a companion piece of sorts to his dementia drama The Father (which MTC produced on Broadway in 2016). Jonathan Kent directs the American premiere, from a translation by Christopher Hampton (Les Liaisons Dangereuses). 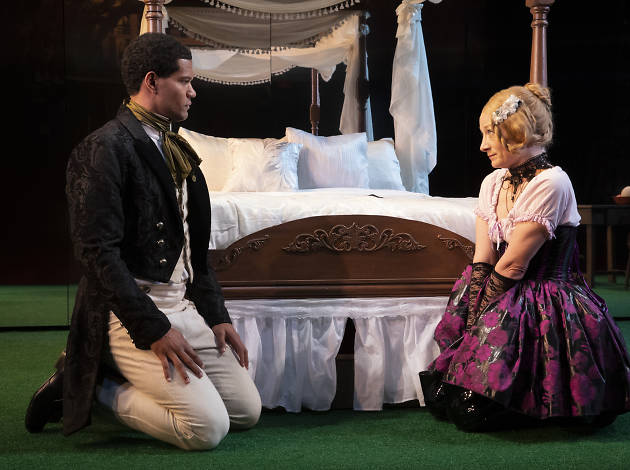 Jeremy O. Harris’s flabbergasting drama, a succès de scandale Off Broadway last season, moves to Broadway for what is sure to be a controversial limited run. The story begins on what appears to be an antebellum Southern plantation, then yields to a sustained investigation of how African-American people experience their own bodies and desires, especially in the crucible of interracial relationships. Directed by Robert O’Hara, the play is funny, perceptive, probing and, at times, disturbingly sexy. It snaps like a whip, and its aim is often outward. 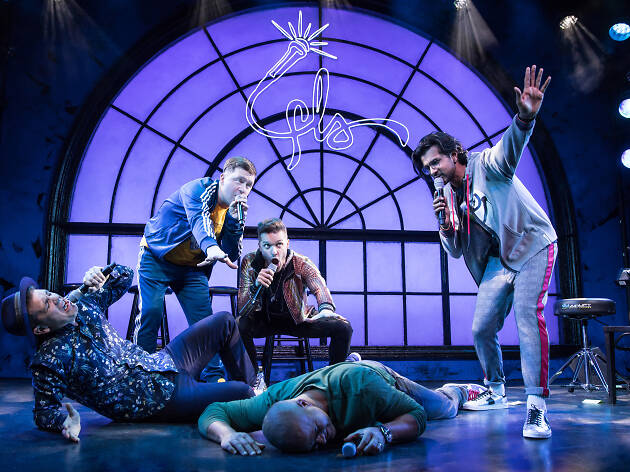 The very talented performers of Freestyle Love Supreme offer a funky and inventive tribute to spontaneity in this 90-minute storm of improvised raps stuffed into sketches, directed by Hamilton's Thomas Kail. Notable alums of the show (such as Lin-Manuel Miranda, James Monroe Iglehart, Christopher Jackson and Daveed Diggs) may drop by for surprise guest appearances during the run—not that the show's core cast of five needs any help. 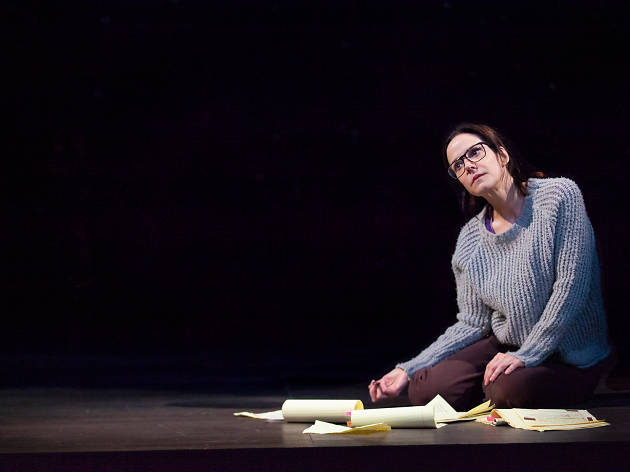 After a well-received premiere at the Williamstown Theatre Festival last year, Adam Rapp's narratively complex drama arrives on Broadway in a production directed by the rigorously unsentimental David Cromer (The Band's Visit). Mary-Louise Parker—who will also star in a revival of How I Learned to Drive later this season—and Will Hochman reprise their roles as a Yale professor and one of her creative-writing students. 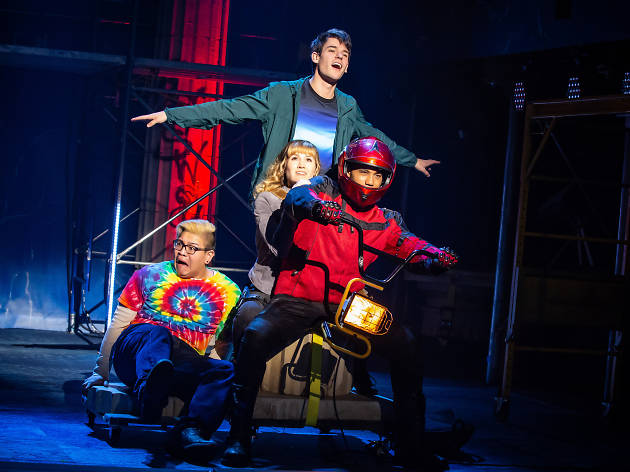 Troubled young Percy Jackson (Chris McCarrell) discovers he's a demigod in this musicalization of Rick Riordan's best-selling YA mash-up of Greek myths and modern-day adolescence. With its campy humor, clever no-tech effects and agreeable pop-rock tunes, it offers pleasures for mere grown-ups as well as tweens. After several Off Broadway engagements, most recently in 2017, the musical makes its Broadway debut in a limited run. 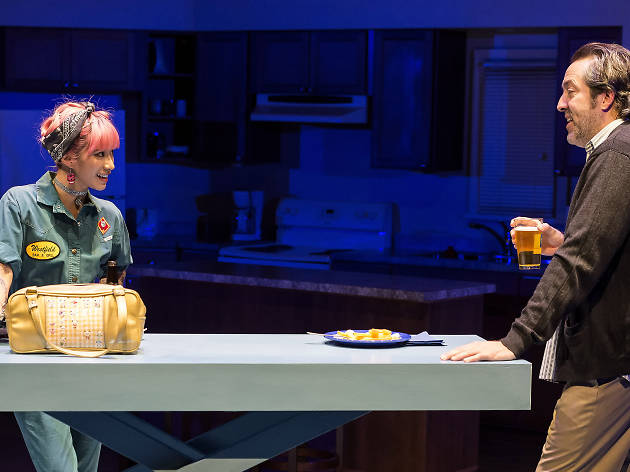 Ian Barford plays a middle-aged divorcé scrambling to put his life back together in this comedy by August: Osage County scribe Tracy Letts. Directed by Dexter Bullard, the show premiered in 2017 at Chicago's Steppenwolf Theatre Company; its eight-week Broadway engagement, courtesy of Second Stage, features most of the original cast. 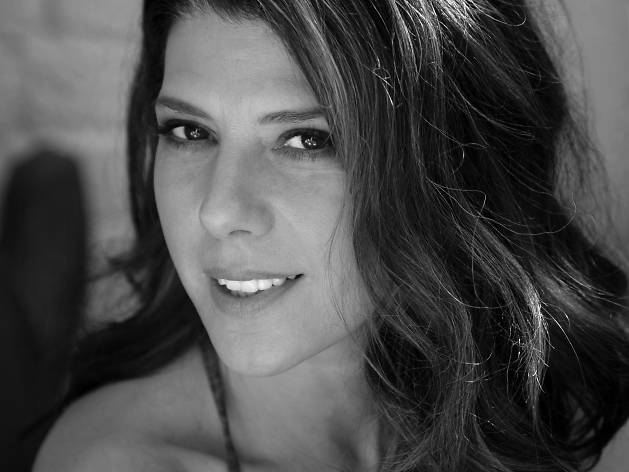 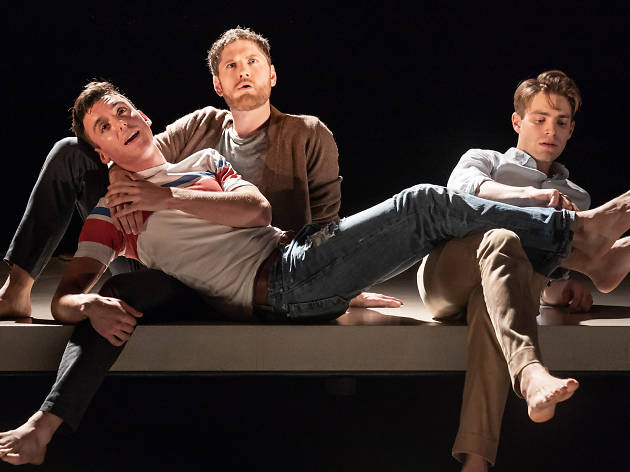 Matthew Lopez's two-part, seven-hour drama, directed by Stephen Daldry, reimagines E.M. Forster's novel Howards End for a group of gay men in modern-day New York. Kyle Soller, Andrew Burnap, John Benjamin Hickey, Paul Hilton and Samuel H. Levine reprise the roles they played in the West End last season, joined by new actors including the formidable Lois Smith. The play's length and content have earned it inevitable comparisons to Angels in America, which is a tough wingspan to fill, but its reception in London was rapturous. 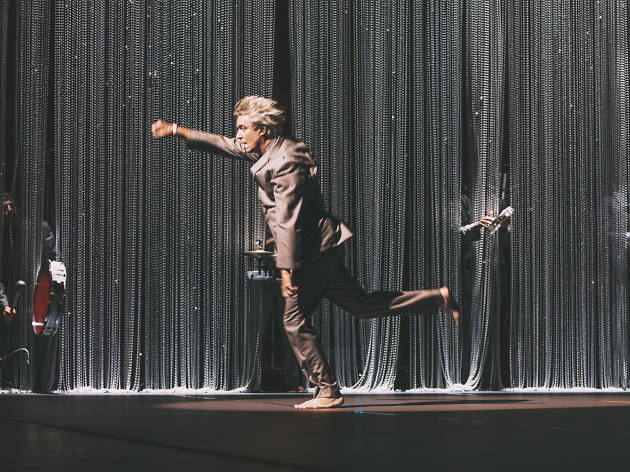 The brain-expanding solo artist, musical magpie, erstwhile Talking Head and iconic oversize-suit wearer touches down on Broadway with a theatrical concert that includes songs from his best-selling 2018 album, American Utopia, as well as highlights from his older material. The production features choreography by Big Dance Theater's Annie-B Parson and has been created with input from Alex Timbers (who directed Byrne's 2013 Imelda Marcos musical, Here Lies Love).

Not all Broadway shows are great... 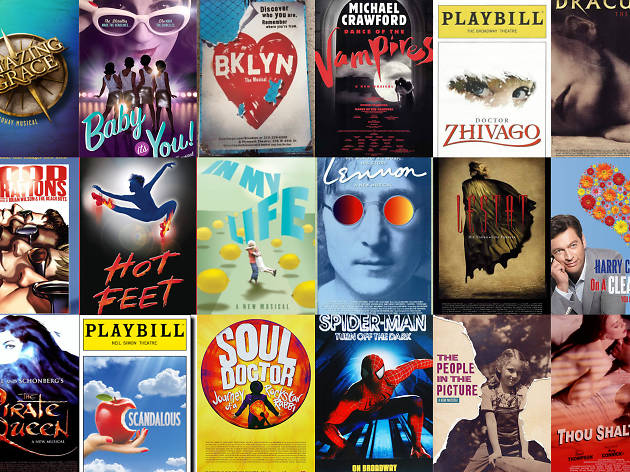 Once you’ve seen these song-and-dance bombs, you can’t un-see them. They are the very worst Broadway musicals since 2000.