Here’s a full list of shows that will be opening on Broadway in the months ahead.

Seeing a show on Broadway can require a little planning in advance—and sometimes a leap of faith. You can wait until the shows have opened and try to see only the very best Broadway shows, but at that point, it is often harder to get tickets and good seats. So it’s always a good idea to keep an eye on the shows that will be opening on Broadway down the line, be they original musicals, promising new plays or revivals of time-tested classics.

This fall, the lineup includes several shows that won acclaim in previous Off Broadway runs, two musical-theater adaptations of beloved films, an epic by the great Tom Stoppard and revivals of no fewer than five Pulitzer Prize–winning dramas. Here, in order of when they start, are all the productions that have been confirmed so far to open on Broadway in 2022. 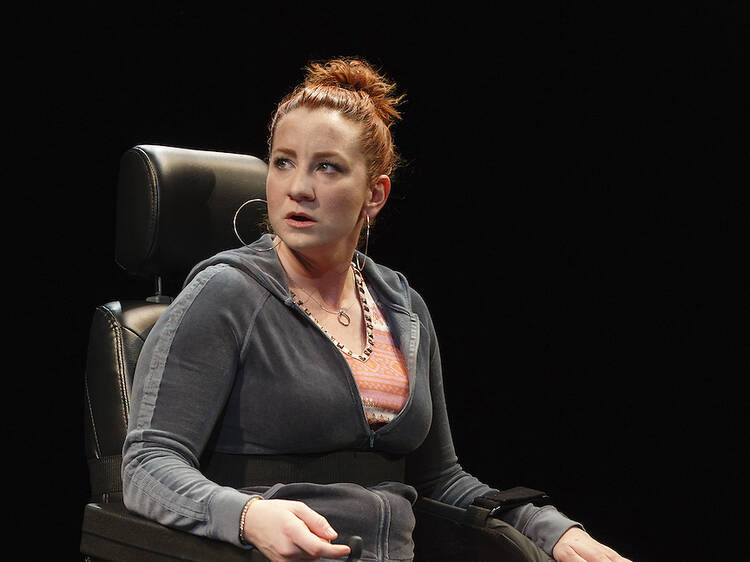 The lives of four people—a severely disabled veteran, her ex-husband, a grad student with cerebral palsy and his caregiver—intersect in Martyna Majok's drama, which had its New York premiere at Manhattan Theatre Club in 2017 and won the Pulitzer Prize for Drama the following year. MTC now brings the play back for a Broadway run, directed by Jo Bonney and oince again starring the remarkable Gregg Mozgala and Katy Sullivan—who are joined this time by Kara Young and David Zayas. 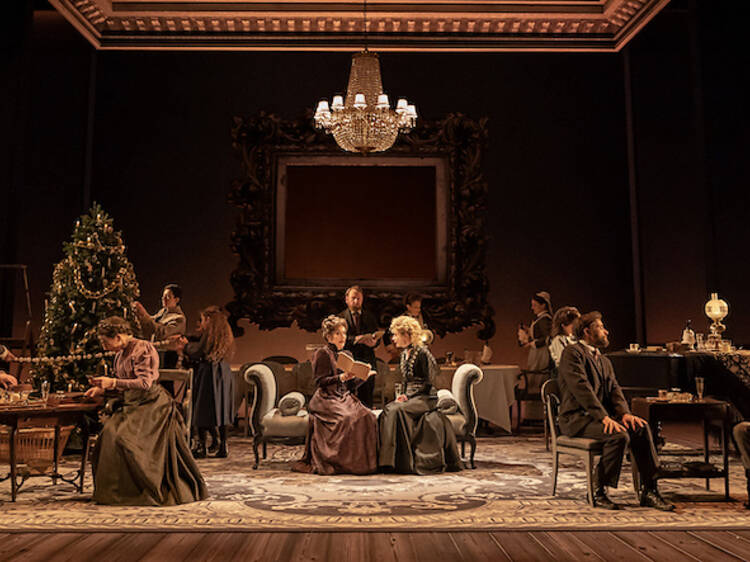 The 85-year-old master playwright Tom Stoppard, whose Broadway career stretches back to 1967's Rosencrantz and Guildenstern Are Dead, draws on his own family history in his latest drama, set in Vienna over the course of 50 years, starting at the turn of the 20th century. Patrick Marber (Closer) directs this epic production, whose cast of 38 includes Betsy Aidem, Caissie Levy and Brandon Uranowitz along with several members of the play's 2020 ensemble in the West End. 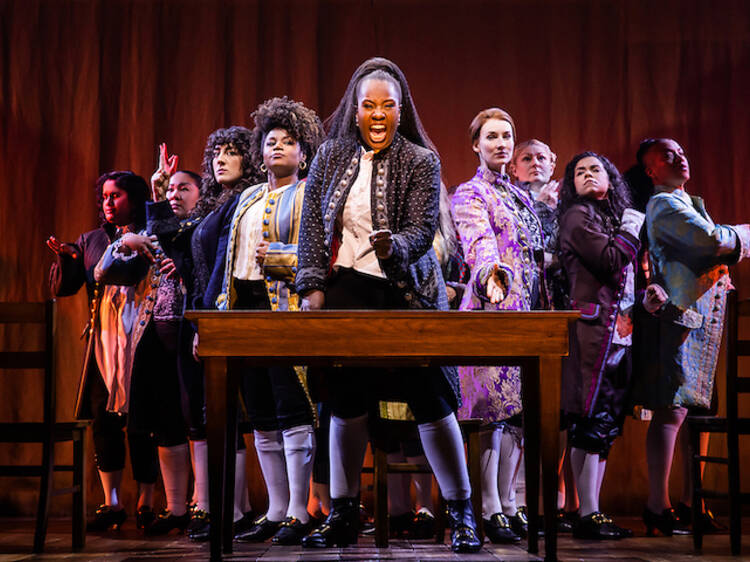 The Founding Fathers are all played by women or trans/nonbinary performers in this revival of Sherman Edwards and Peter Stone's well-loved 1969 American-history musical about the tense preamble to the signing of the Declaration of Independence. Directed by Jeffrey L. Page and Diane Paulus, the production has had a test run this summer at Paulus's American Repertory Theater in Cambridge, Massachusetts; the cast of that production—which has not yet been confirmed for Broadway—includes Crystal Lucas-Perry as John Adams, Elizabeth A. Davis as Thomas Jefferson, Allyson Kaye Daniel as Abigail Adams and Patrena Murray as Benjamin Franklin. 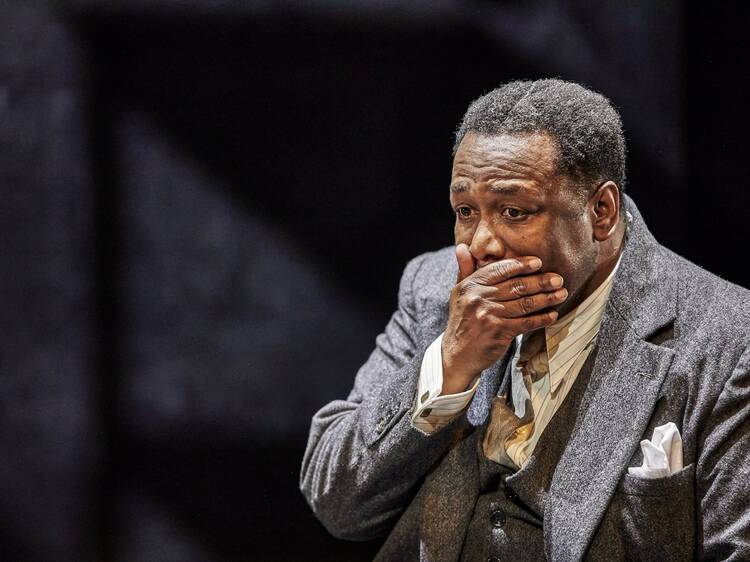 Death of a Salesman

Run-down loser Willy Loman and his long-suffering family are African-American in this latest Broadway revival of Arthur Miller's 1949 American tragedy, in which Wendell Pierce (The Wire) and Sharon D Clarke (Caroline, or Change) reprise the central performances that earned them acclaim in the play's 2019 run on the West End. Miranda Cromwell, who codirected the London production, helms this one herself; the supporting cast includes Khris Davis as Biff, McKinley Belcher III as Happy and André De Shields as Ben. 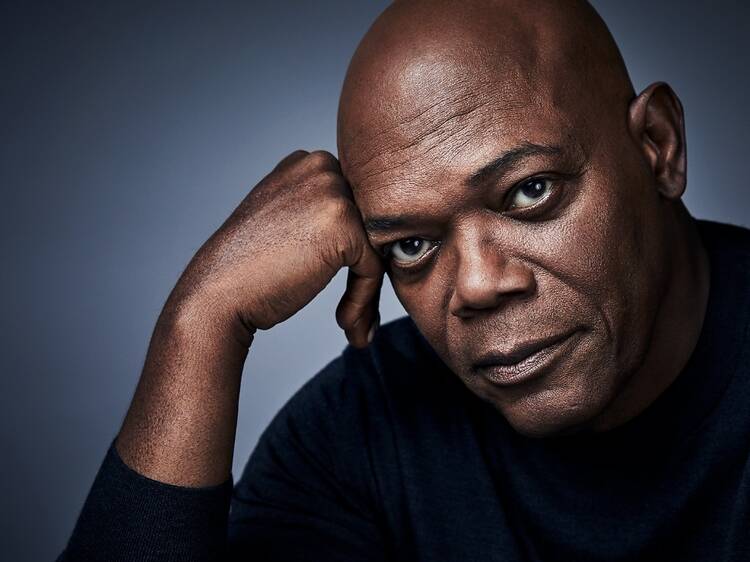 Samuel L. Jackson, Danielle Brooks and John David Washington lead the cast of August Wilson's family drama about an upright piano freighted with tragic history. The play, which earned Wilson his second Pulitzer Prize in 1990, is set in Pittsburgh's Hill District in the 1930s, and is part of the playwright's ten-part, decade-by-decade survey of the African-American experience in the 20th century. LaTanya Richardson Jackson directs the show's first Broadway revival. 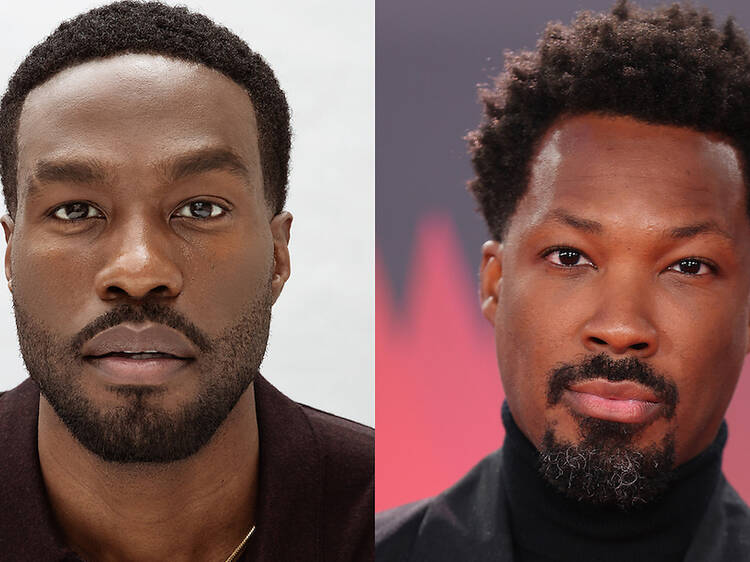 Photograph: Courtesy of the artists

Corey Hawkins (In the Heights) and Yahya Abdul-Mateen II (Watchmen) star as rivalry-riven siblings and card sharps, pointedly named Lincoln and Booth, in the first Broadway revival of Suzan-Lori Parks's Pulitzer Prize–winning 2001 two-hander. Kenny Leon (A Soldier’s Play) directs the play, which is widely considered one of the high-water marks of 21st-century America drama. 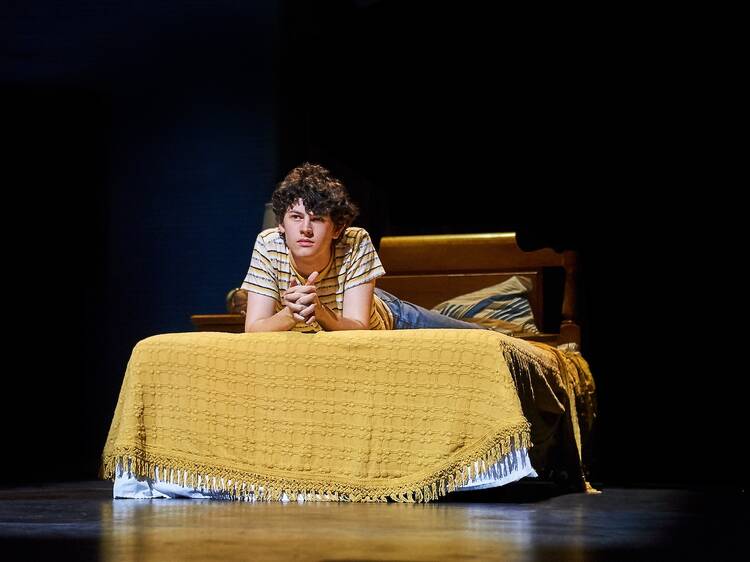 Movie auteur Cameron Crowe teams with songwriter music by Tom Kitt (Next to Normal) to adapt his own 2000 coming-of-age film—about a teenage would-be journalist on the road with a rising rock & roll band in 1973—into a Broadway musical. Jeremy Herrin (Wolf Hall) directs the production, which had a promising San Diego premiere in 2019; the principal cast includes Chris Wood, Anika Larsen, Solea Pfeiffer, Drew Gehling, Rob Colletti and newcomer Casey Likes. 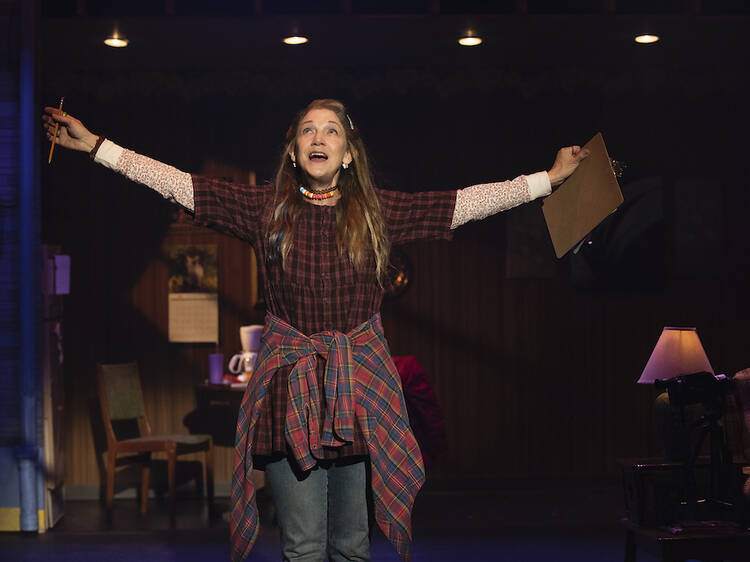 Sixteen is not sweet for the deceptively youthful heroine of this lovely new musical by David Lindsay-Abaire and Jeanine Tesori: Played by the sixtysomething Victoria Clark, she has a disease that makes her age at a superfast rate. But two agents of disruption shake up her perspective: her aunt Debra (the unstoppable Bonnie Milligan), a hilarious gale force of chaos, and Seth (Justin Cooley), an anagram-loving classmate. Clever, touching and idiosyncratic, Kimberly Akimbo was the best new musical of 2021, when it opened at the Atlantic; now it moves to Broadway, directed once again by Jessica Stone, with an ace supporting ast that includes Steven Boyer and Alli Mauzey. 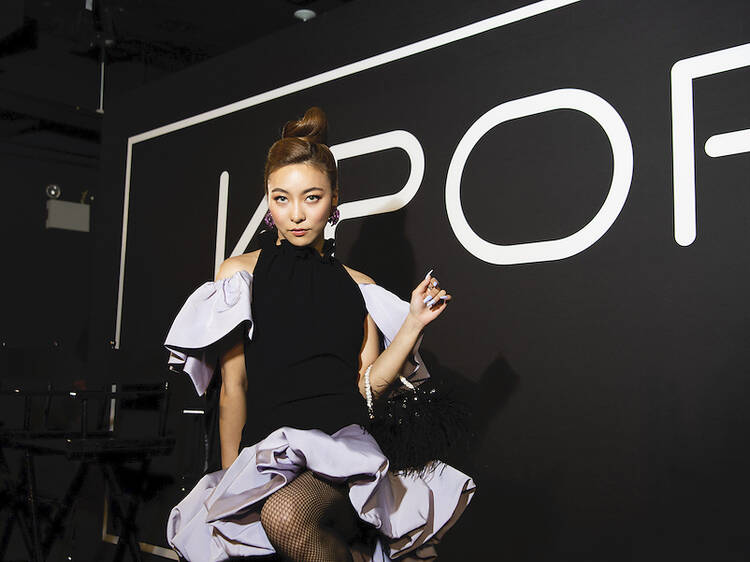 The real-life Korean pop star and musical-theater actor Luna, a former member of the chart-topping K-pop girl group f(x), makes her Broadway debut in a reworked version of this 2017 musical, which made a strong impression in its immersively staged Off Broadway debut. Conceived by Woodshed Collective and Jason Kim, with a book by Kim and a score by Helen Park and Max Vernon, the show takes an inside look at the molding of stars at a fictional entertainment label. Teddy Bergman once again directs, and Jennifer Weber is the choreographer. 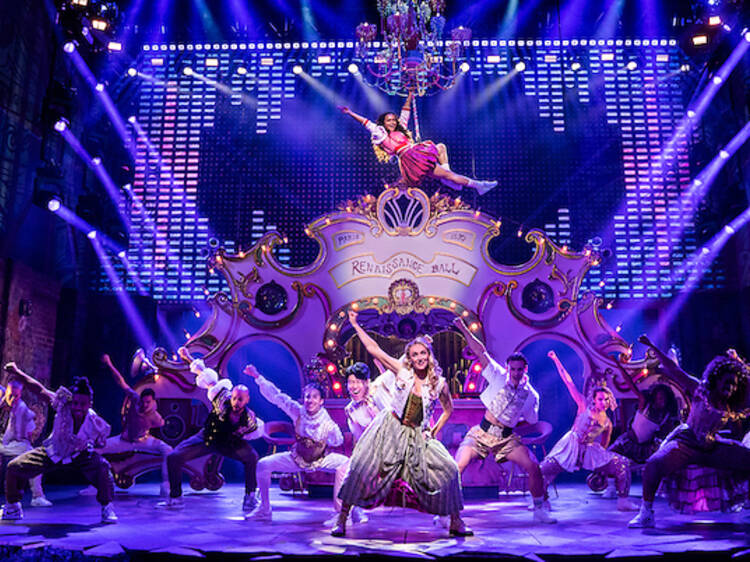 The pop megahits of songwriter-producer Max Martin—including “Since U Been Gone,” "I Want It That Way," “Roar” and “Baby One More Time”—form the score of David West Read's Elizabethan jukebox musical, in which Juliet survives her tragic youthful dalliance with Romeo and moves on to a new romance. Lorna Courtney plays the title role, supported by Paulo Szot, Stark Sands, Betsy Wolfe, Justin David Sullivan, Melanie La Barrie, Ben Jackson Walker and Philippe Arroyo. Luke Sheppard, who directed the show's West End premiere in 2019, reunites that production's creative team for the Broadway incarnation. 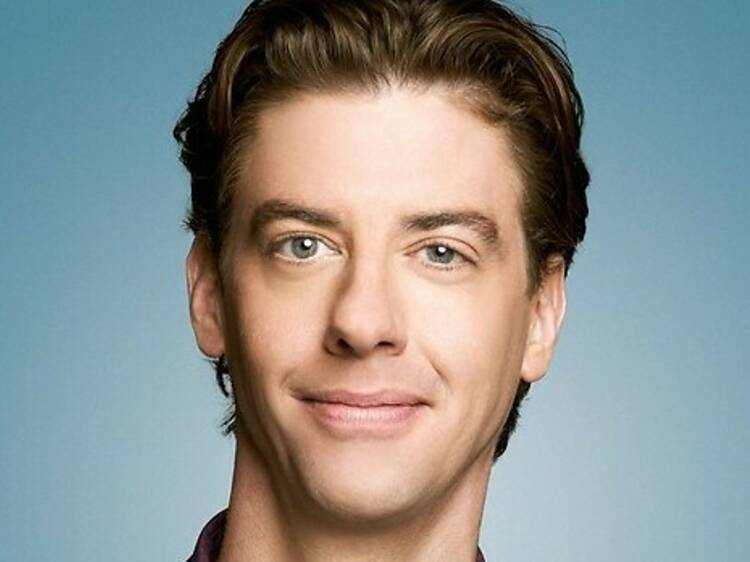 There has already been a musical-theater adaptation of Billy Wilder's classic 1959 comedy Some Like It Hot (1972's Sugar), but as Broadway continues its love affair with guys in drag, this all-new show is taking another swing. Two-time Tony winner Christian Borle and J. Harrison Ghee (KinkyBoots) play the roles originated by Tony Curtis and Jack Lemmon—a pair of male musicians who join an all-female band to flee gangsters on their tail—and Adrianna Hicks steps into Marilyn Monroe's high heels as girl singer Sugar Kane. The book is by Matthew López (The Inheritance) and the comedian Amber Ruffin; the score is by the Hairspray and Smash team of Marc Shaiman and Scott Wittman. Casey Nicholaw (The Book of Mormon) directs and choreographs. 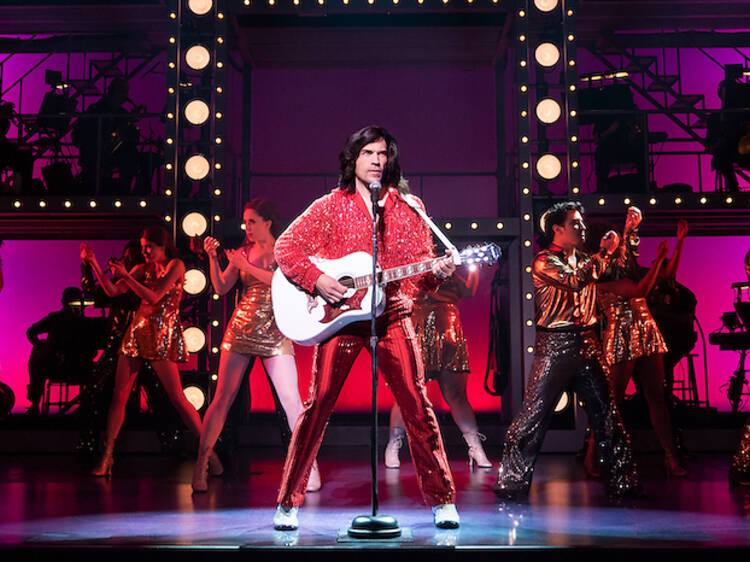 Will Swenson (Hair) headlines as Neil Diamond, the gruff 1970s singer-songwriter sometimes dubbed the Jewish Elvis, in a biomusical by Anthony McCarten (The Theory of Everything) that charts the star's rise from Brooklyn to stadium fame. Michael Mayer (Spring Awakening) directs a cast that also includes Mark Jacoby, Linda Powell and Moulin Rouge! standout Robyn Hurder. Expect hits like “I’m a Believer” (which Diamond wrote for the Monkees), “Solitary Man,” “Cracklin’ Rosie,” “Forever In Blue Jeans," and, of course, “Sweet Caroline.” 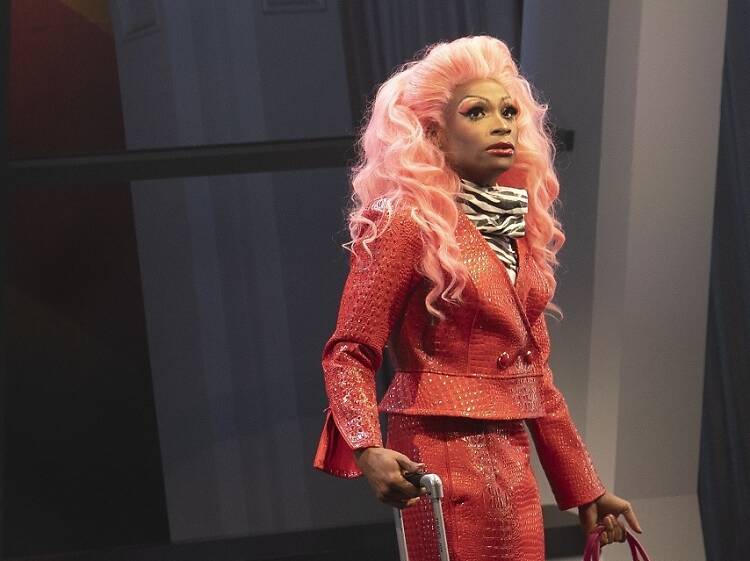 In this collection of satirical vignettes, writer-performer Jordan E. Cooper imagines a world in which black Americans fly to Africa en masse—and, in hot-pink drag, he also plays a gate agent named Peaches who helps corral them to the last airplane out. Stevie Walker-Webb, who directed a much-discussed 2019 run of the show at the Public Theater, returns to shepherd this Broadway transfer; the cast, aside from Cooper, has not yet been announced. 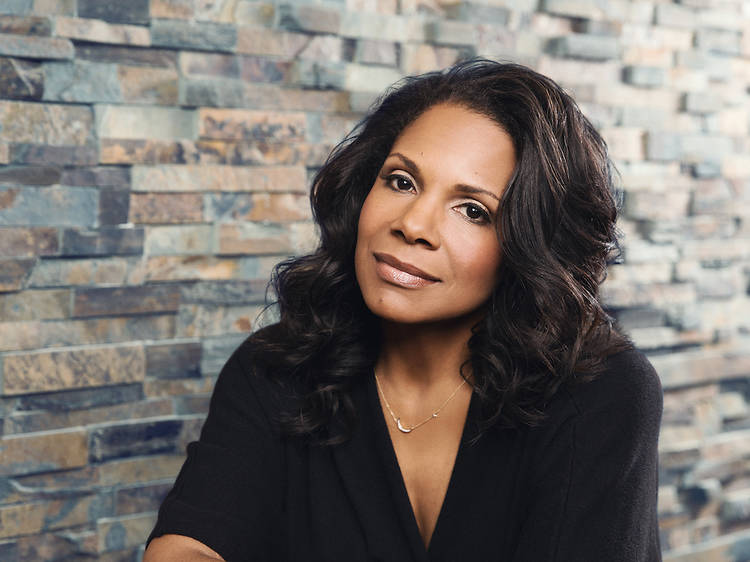 Tony Award hoarder Audra McDonald stars in this 1992 drama by the groundbreaking Black experimental auteur Adrienne Kennedy (Funnyhouse of a Negro), in which a writer reflects on her harrowing experience as a university student in the 1950s. Kenny Leon (Fences) directs the production—which marks the 91-year-old playwright's Broadway debut—at the newly rechristened James Earl Jones Theatre, formerly known as the Cort. 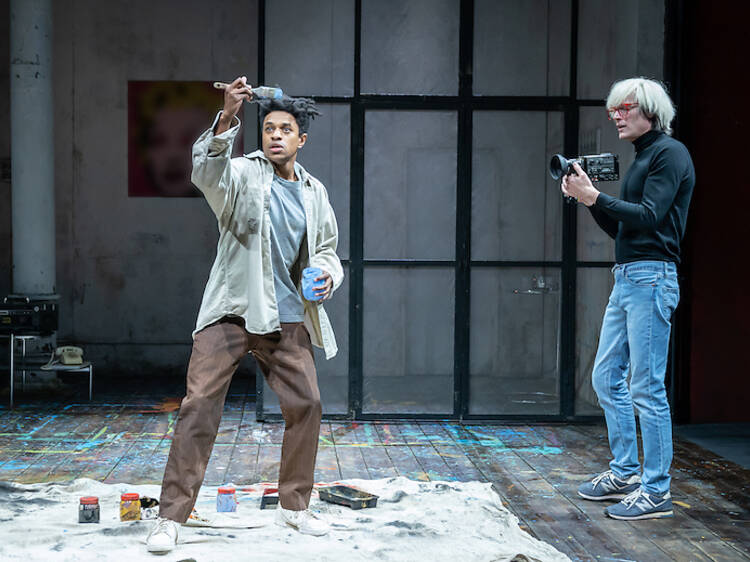 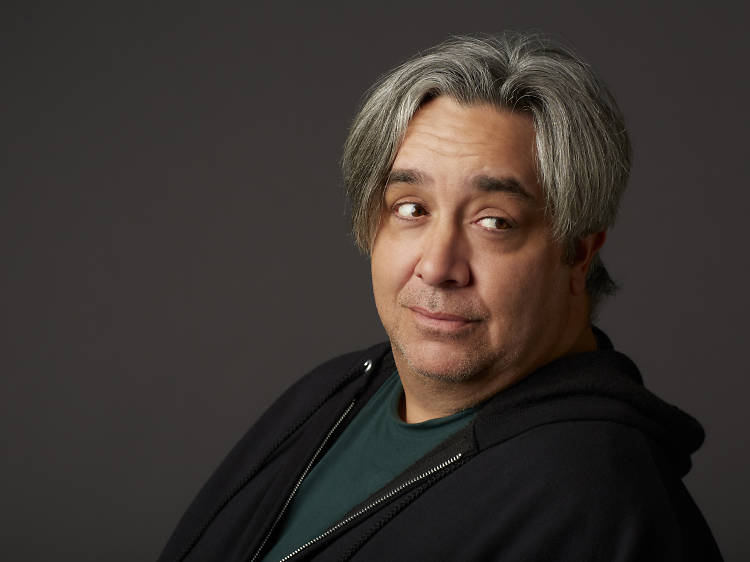 Between Riverside and Crazy

An ex-cop and his ex-con son try to hang on to their rent-stabilized apartment in a revival of this play by conflict king Stephen Adly Guirgis (Our Lady of 121st Street), which ran Off Broadway at the Atlantic and Second Stage before winning the Pulitzer Prize in 2015. Now Second Stage is bringing back director Austin Pendleton's production at its Broadway flagship venue. (The cast and schedule have not yet been announced.)