The East Village has always been a place of innovation and creativity—it was the birthplace of punk music, a haven for artists, and a home to immigrants. So there's a lot to learn and know about in the area, from historical happenings to the coolest speakeasies and much more.

Below, we're spilling seven East Village secrets so you can examine some lesser-known aspects of this urban enclave. 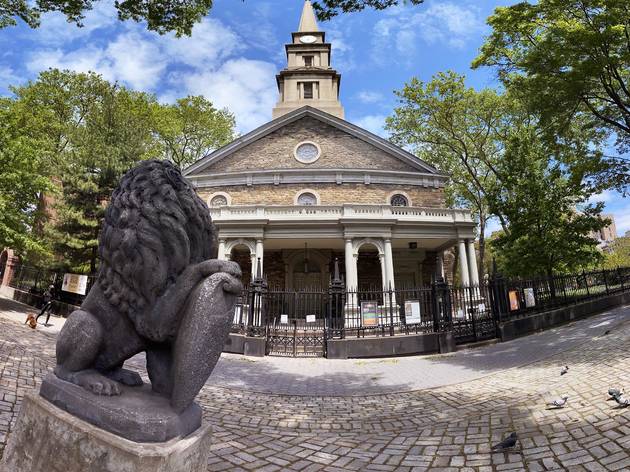 You can see the grave in the church's graveyard. You can also see a stained glass window in the church that bears his likeness.

In addition to sermons, the church today hosts a variety of secular events, including classical-music concerts; organizations like the Poetry Project (which holds its annual New Year's Day event here) and Danspace Project also call the space home. 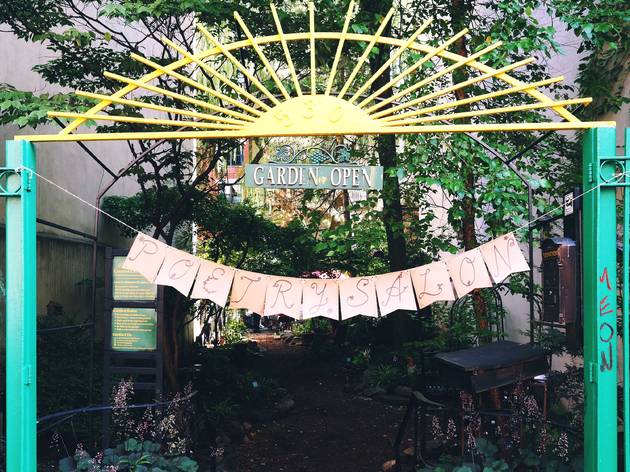 With all the fun to be had in the East Village, there's also a need for respite and tranquilty. That's why residents have created the Creative Little Garden.

Between Avenues A and B, the garden is used as a community backyard for anyone who needs a little solace to relax, read, work or enjoy a snack. It's completely run by volunteers and open to everyone.

There are chairs, benches and tables throughout if you want to stay awhile, and a trail that runs from one end to the other.

When a tenement building burned down on the plot of land in the 1970s, the community got together to create the garden, which opened in 1978.

It's now open from 1-2pm Mondays-Fridays, and from 1-4pm on weekends, from April through October. 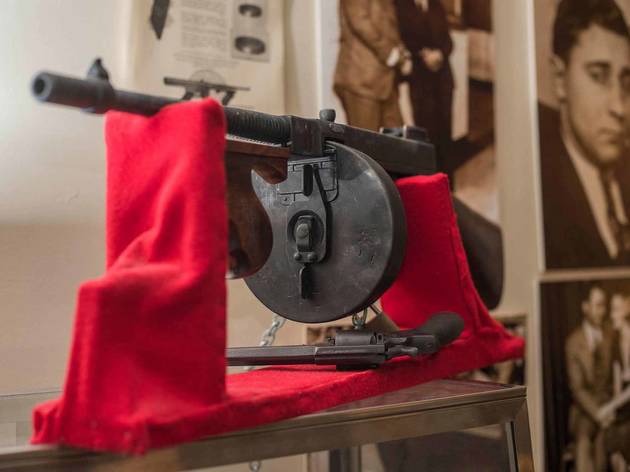 Bars that call themselves speakeasies might be a popular trend in this city, but learn about the seedy, underground crime that first made the phenomenon a reality back in the 1920s during Prohibition. This under-the-radar museum, which is housed in a real former speakeasy at 80 St. Mark's Place, exhibits photographs and illustrations of many of the most famous gangsters of the 20th century as well as the weapons used by mafia members and stories about the lives and heists of these criminals. 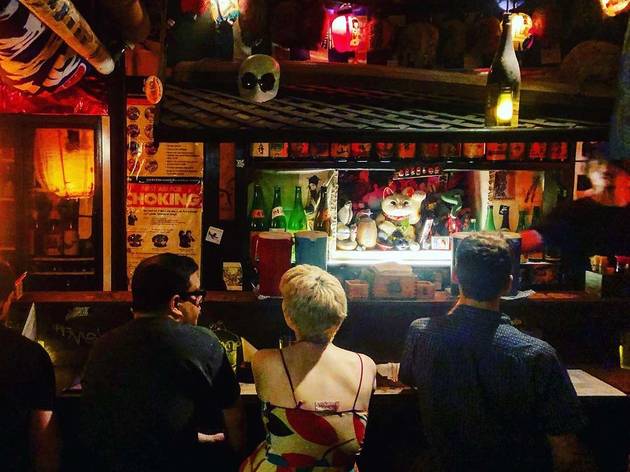 Decibel describes itself as a "hidden subterranean little Tokyo," where once you step through its door, you no longer feel like you're in NYC. And it's a pretty accurate description.

You won’t get much in the way of guidance from the staff while you're there. Look to your neighbors for suggestions—we like the smooth, dry urakasumi paired with snacks like pickled squid and rice crackers.

And while the sexy underground bar takes you out of time and place, it still offers that East Village grunge we all love.

When it opens, look for it under an "On Air" sign and go down the staircase. 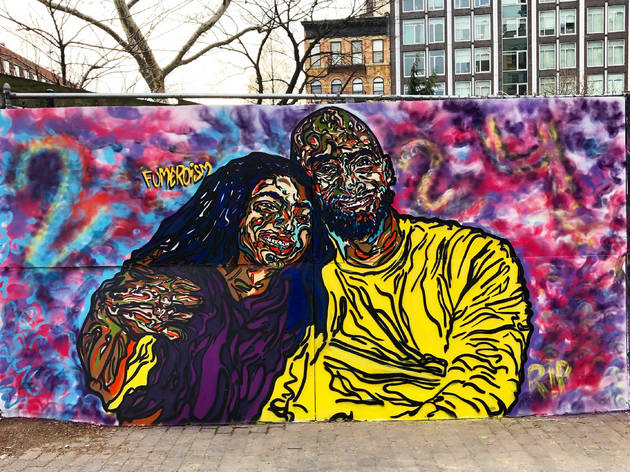 The creativity of the East Village spills out onto the walls at the First Street Green Art Park. The open art space gives artists and designers space to show off their murals, sculptures and other installations as well as hold performances for the neighborhood.

Each time you go to this lesser-known spot should be a different experience as murals change often. Plus, during the warmer months, its volunteers hold programming from art workshops to live music. Find out what's going on currently here. 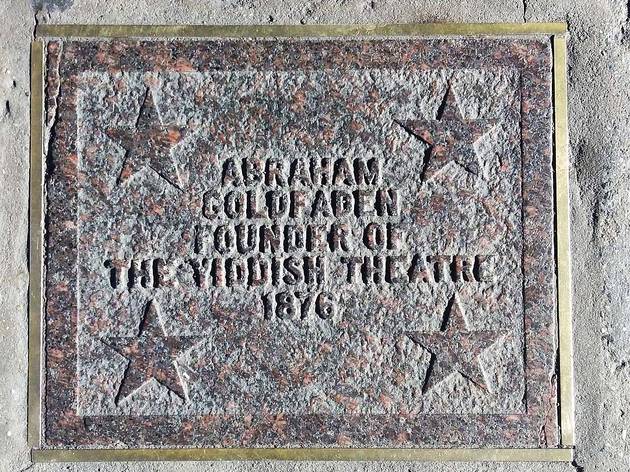 The Yiddish theater scene, which took place along Second Avenue and the Bowery, was a major piece of NYC's cultural identity in the early 20th century. It was so big that it was coined "New York's Yiddish Broadway."

That's why Second Avenue Deli owner Abe Lebewohl installed a memorial to honor the stars in 1984. He took inspiration from the Hollywood Walk of Fame by embedding two rows of granite stars with the names of 30 of the biggest Yiddish performers, composers and playwrights.

While the Second Avenue Deli is long gone (it's now on the Upper East Side), the stars remain. There's even a task force to make sure they're preserved. 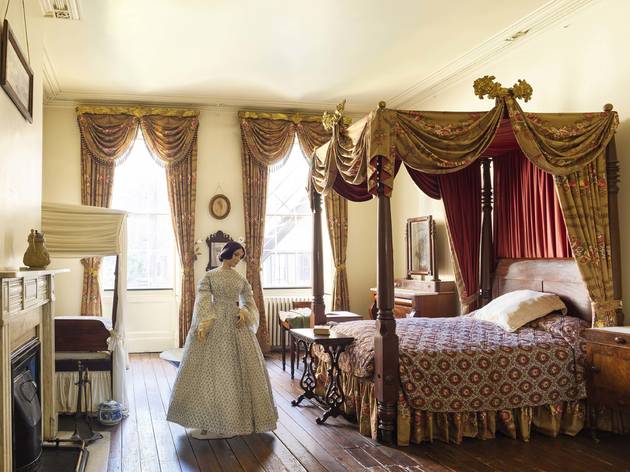 This lesser-known but elegant museum is New York City’s only preserved 19th-century family home. The late Federal-Greek Revival house, which you can tour, is stocked with the same furnishings and decorations that filled its rooms when it was inhabited by hardware tycoon Seabury Treadwell and his descendants from 1835 to 1933. This is the only museum that still has the original furniture and decor of the family that lived there. It's like stepping back in time and making a house call on the family.

Some even say it's New York City's most haunted house. If you ask, the docents will share some of the most spooky stories from a catalogue of reported experiences visitors, museum staff and volunteers say they have had. Spooky.