The 14 best clubs in Paris

It may not rival Berlin – yet. From the city centre to the banlieues, a new wave of clubs in Paris could change all that

Rewind ten years, and strict sound controls and early curfews had all but killed off everything that was great about nightlife in the French capital. The future wasn’t looking very rose. But in a brilliant feat of after-hours entrepreneurship, Paris’s clubbing scene has a swing in its step once again. And the city’s grand going-out renaissance pretty much has one venue to thank. Concrete may have closed its doors in 2019, but that Quai de la Rapée mega-club fast became a true destination, almost rivalling Berlin’s Berghain in rep, mystique and programming scope. Today its spirit lives in the whole host of brilliant venues that followed in its wake. From repurposed floating péniches to giant disused warehouses extra-muros to the Concrete team’s highly promising latest venture, you needn’t look far to find excellent nights out stretching well into the wee hours. These, we reckon, are the best clubs in Paris right now.

RECOMMENDED: Full guide to the best things to do in Paris 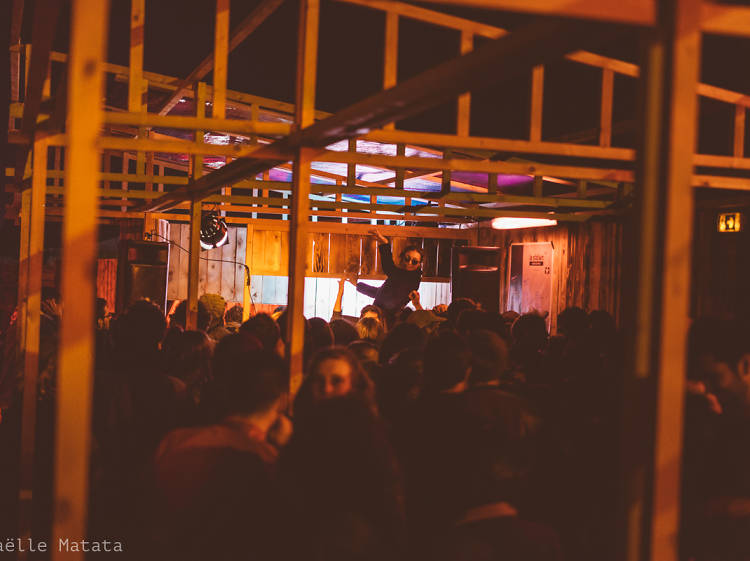 Fan of music’s harsher incarnations? La Station’s got you. Tucked inside a former coal station just beyond the Périph’, this leftfield clubbing spot boasts several stages inside and out, and doubles as an exhibition space by day. The programme, by Collectif MU, takes in everything from straight-up techno to hardcore punk. 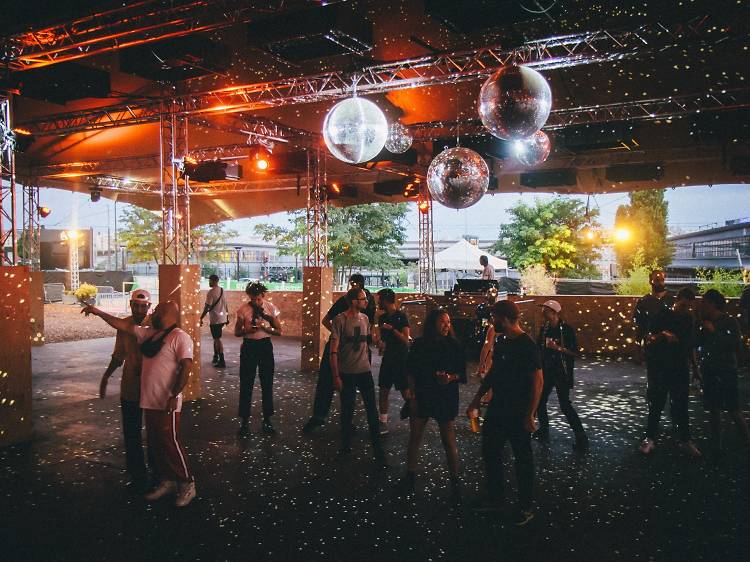 Let’s be honest, Concrete was a tough act to follow – not to mention its 50-hour-long closing night. But temporary venue Dehors Brut, opened by the same team in 2019, has already earned a stellar reputation. Set alongside some disused train tracks in the 12th arrondissement, this 5,000-square-metre space won’t be open for ever. Until then, big-name line-ups and a monumental sound system make it a must-visit. 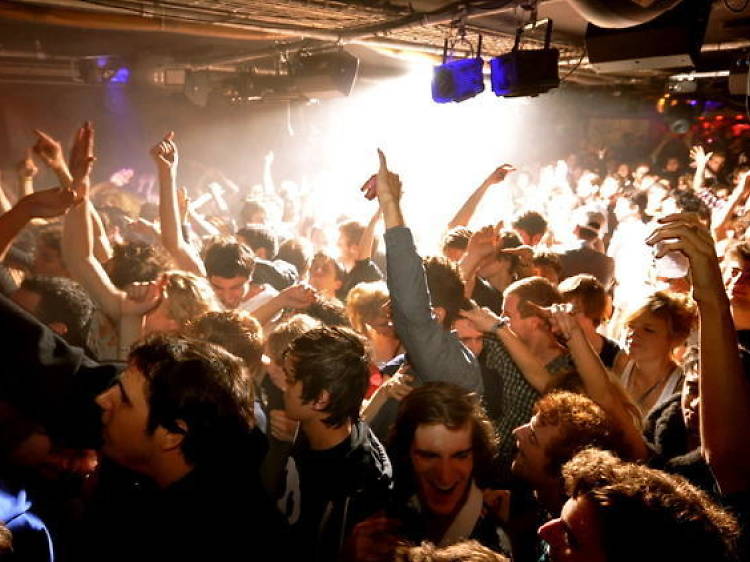 For more than 40 years, this club beneath the historic Grand Rex cinema has drawn the cream of electronic music from around the world. An early stomping ground for French pioneers like Laurent Garnier and Daft Punk, the Rex Club still puts on some of the city’s best nights. Want to truly immerse yourself in the sound? A quality 70-speaker set-up makes that an inevitability. 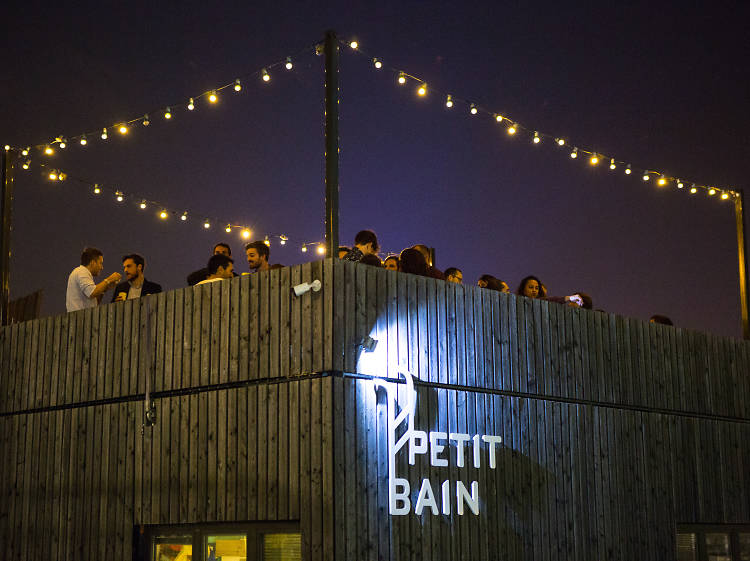 Nothing beats partying until the sun comes up – especially when the views are this good. Anchored on the Seine in the south-east of Paris, this scenic spot is a restaurant, rooftop bar and 450-capacity music venue in one. Concerts take in live rock and metal, experimental electronic music and reggae, while the club nights are among the capital’s most eclectic. Try to catch one of the city’s many groundbreaking DJ collectives. 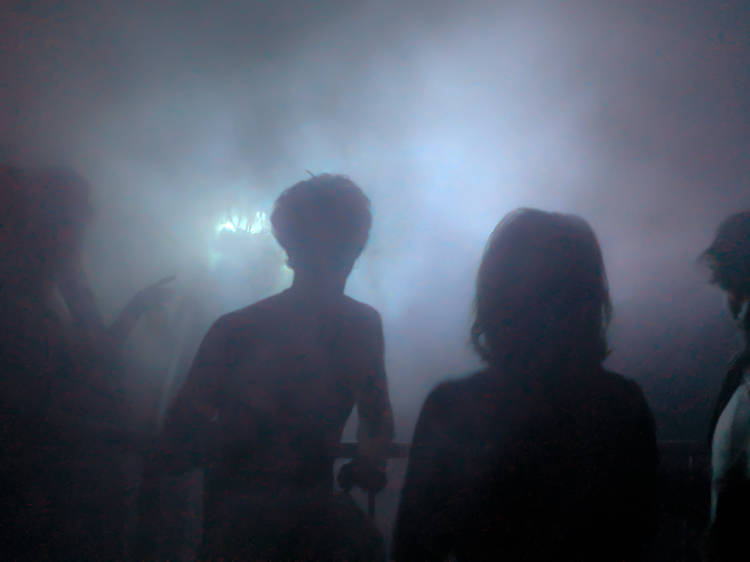 Formerly a zouk club with a focus on French Antillean music, Sierra Neon is one the city’s most talked-about queer venues. And for good reason. The line-ups, put together by promoters BNK and the La Toilette techno collective, are totally brilliant and predictably out-there. Expect cutting-edge electronic music, extravagant get-ups, and lots and lots of glitter. 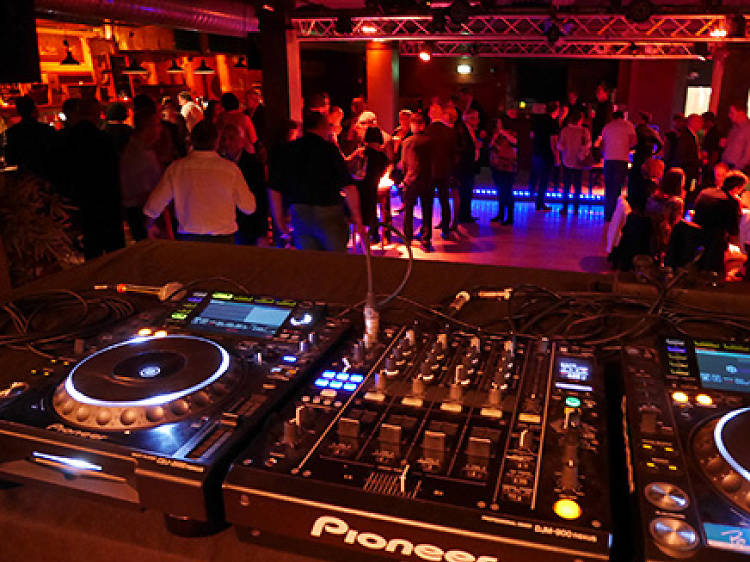 This small venue in the 20th packs a hefty punch. If hip-hop, soul and funk are your jam, the eclectic line-up at La Bellevilloise is bound to appeal. Come early and you may find they’ve got live jazz or world music on; come late for a boogie and you’ll probably keep going until 6am. We like Classics Only, the ideal night for those who aren’t into much music released post-2000. 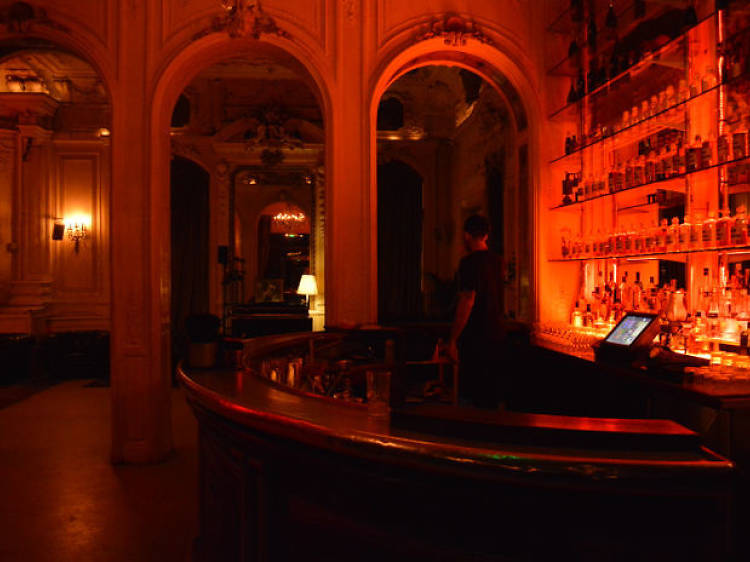 It’s in this rococo hidey-hole that Georges Bizet composed his famous opera. Velvet drapery, a huge golden cage and outsize mirrors hint at the building’s past as a Pigalle maison close. Today, though, Le Carmen fills up with slebs, influencers and other beautiful-looking types as resident DJ Adnane spins hip-hop classics from midnight. 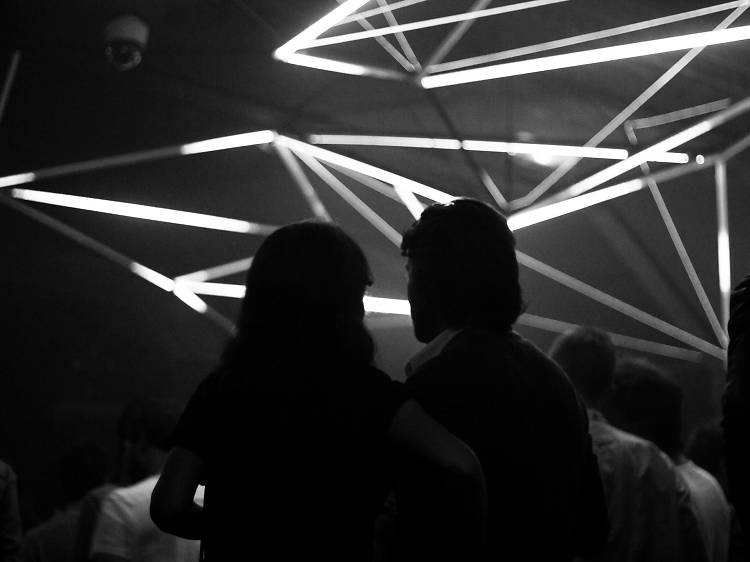 With a look that’s part cosy Paris apartment and part old-school cocktail den, this bar-restaurant is certainly a stylish place to see and be seen. It’s also good if you like a little dance – the venue hosts top-notch indie rock gigs and disco and house nights in the basement. In-your-face light displays and a high-quality sound system make 400-capacity Badaboum easily the best place to party near Bastille. 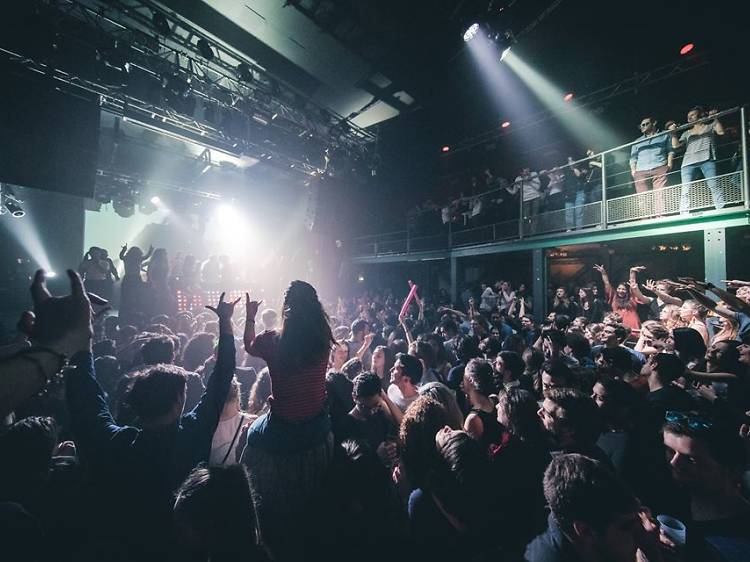 As La Locomotive, this venue played host to the likes of the Beatles, David Bowie and the Who. Bought by the Moulin Rouge in 2010, it’s since been transformed into a three-floor mega-club known for its eclectic live music bookings and all-night parties – from the self-explanatory We Are The ’90s throwback to raves curated by local collective La Mamie’s. La Machine du Moulin Rouge may be massive, but get down early, as the rooms fill up fast. 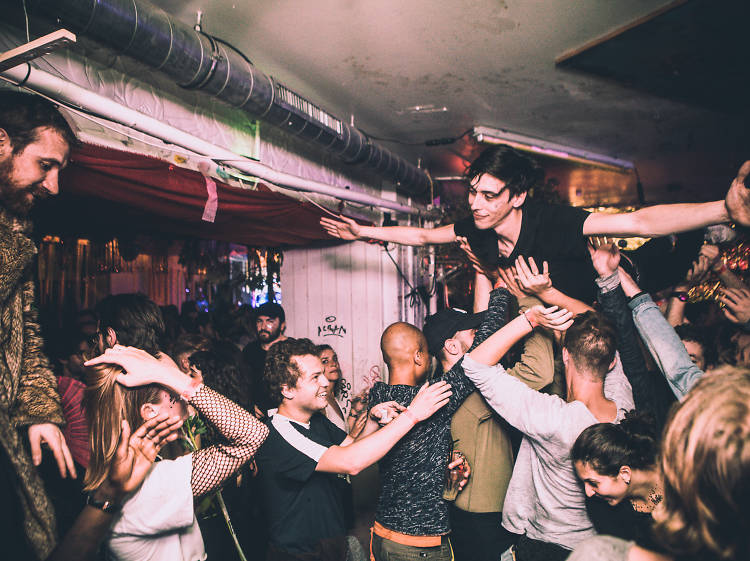 Co-run by Bonjour/Bonsoir, Sapin Blossom and Camion Bazar, the intimate (and much talked-about) 824 heures is open from 10pm to 6am every day from Wednesday to Saturday. Best of all, entry is free. Photography is forbidden, so leave the iPhone at home and get down yourself to see what all the fuss is about. 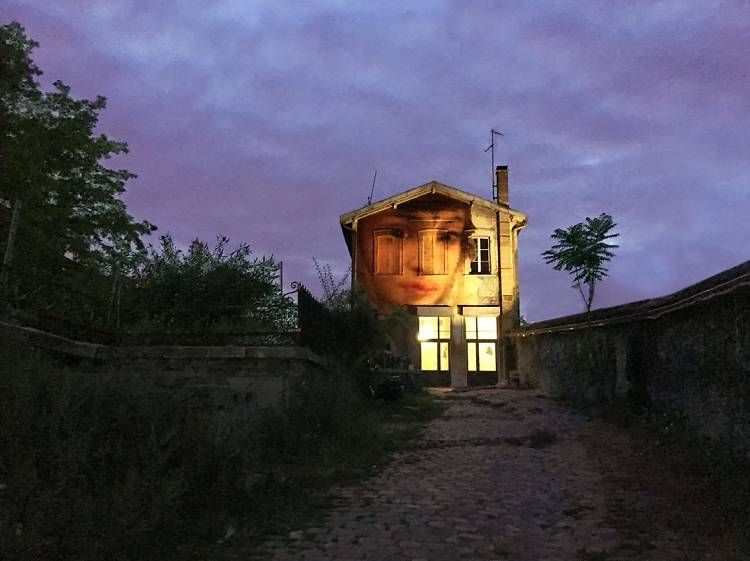 Another disused train station-turned-music venue, Corentin Cariou’s La Gare hosts free concerts – mainly live jazz – from 9pm daily. Some evenings the audience is hushed and seated; other times, everyone gets to their feet and starts shuffling. There’s a beautiful fairy-lit terrace and a very affordable bar, too (pints from €5, cocktails €7). 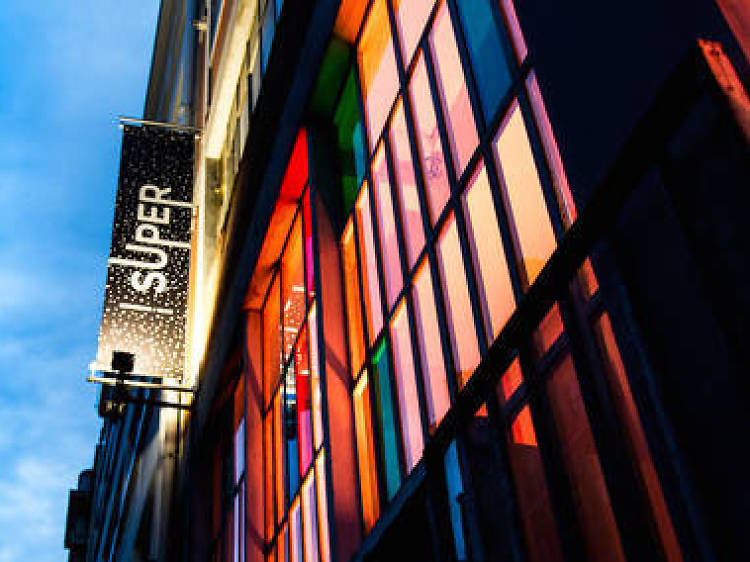 In the early evening, the Supersonic puts on live indie rock shows for free, with a line-up that spans both French and international acts. At the weekend, the venue stays open until 5am for its Nuits Hippies and Wipe Out!, the ’60s-themed party that promises to take you back to ‘Swinging London’. It’s open seven days a week, and entry is free, except after 11pm on Fridays and Saturdays (when it’s just €5). 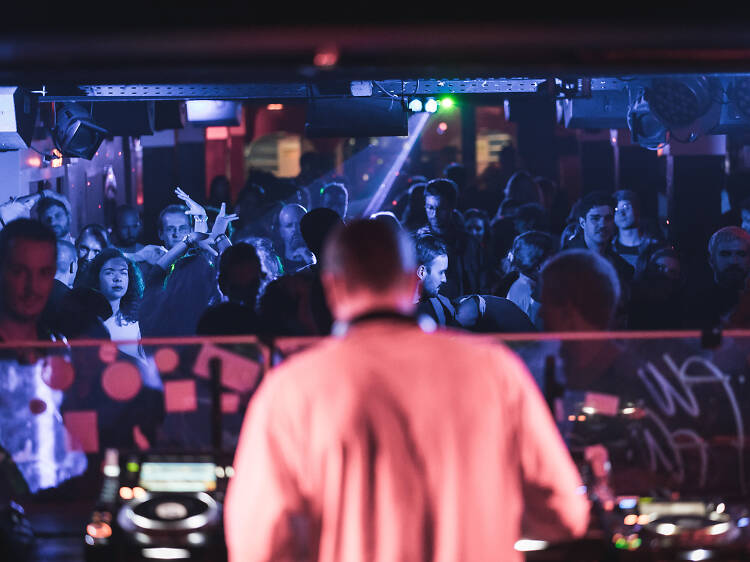 Tucked at the back of a superb Art Deco building, La Java has been a staple of the Paris clubbing circuit since the ’30s. Dark, sweaty and incredibly popular with locals, the club’s soundtrack is a real hodgepodge, ranging from classic cheese to garage rock to Balkan electro-swing. Frankly, it ain’t that cool – and the floors are pretty sticky – but the French capital offers few funner nights out than this. 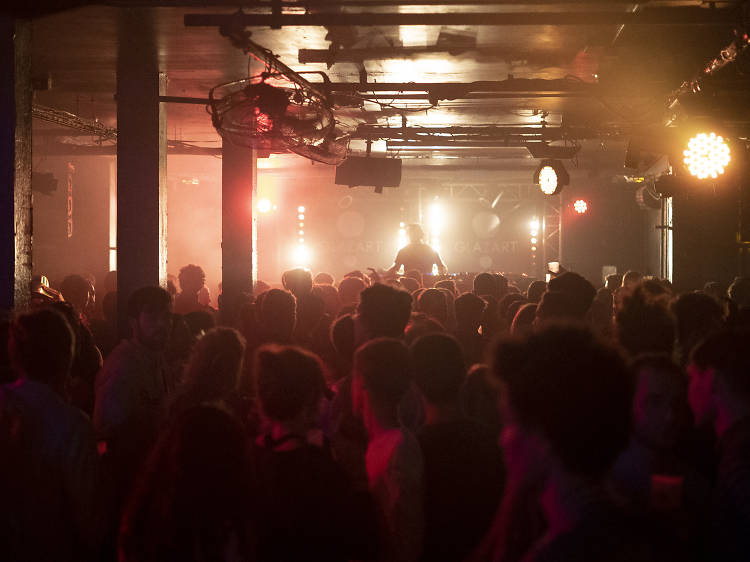 From the impressive line-up of stoner, metal and space rock gigs to its all-night dubstep, drum ‘n’ bass and psy-trance parties, Le Glazart sure does like its musical extremes. Located in a former bus station in north-east Paris, the music venue-cum-club turns a little more wholesome in summer, converting as it does the large outdoor area into an urban ‘beach’ complete with sand, deckchairs and cocktails.

Looking for something amazing to drink? 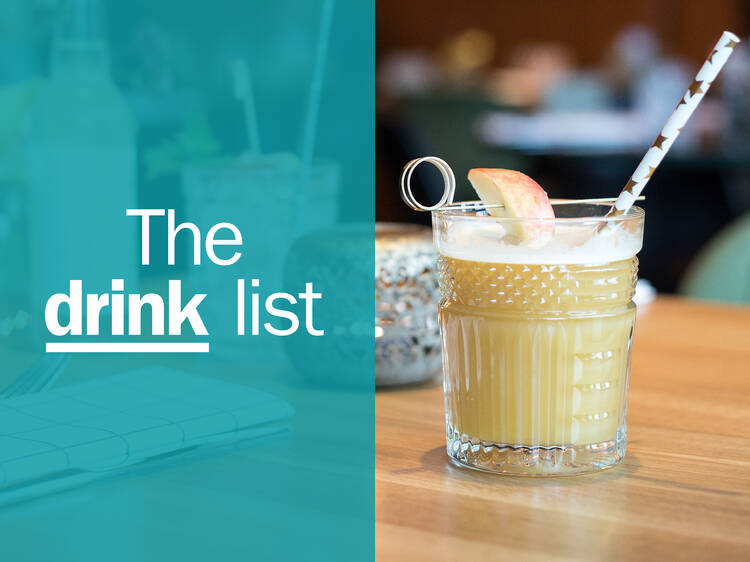 The 50 best bars in Paris

We all know Paris has a decent rep when it comes to food. You might even say it’s Europe’s gastronomic capital – just walk down any road off the Place de la Bastille and that should become quite clear. But it’s only recently that this city’s turned into one of the coolest places to drink too.