With a strategic position in the very centre of Italy, Rome is conveniently located for exploring the cultural and natural riches of the Italian peninsula. Though there are plenty of attractions to see and things to do in Rome, the city is surrounded by a plethora of noteworthy towns and sights that make for an excellent day trip from the bustling capital.

The beautiful buildings and culinary delights of celebrated cities like Florence and Naples can be reached in under two hours, though there are several other fascinating destinations worth visiting right outside the Eternal City. The ancient archeological site of Ostia Antica, a twenty-minute train ride outside the city centre, rivals the ruins of Pompeii while nearby Tivoli is home to enchanting garden villas steeped in nature and beauty. For a dose of small-town feel, the Umbrian town of Orvieto is a jewel you can’t miss, just one hour north of Rome. 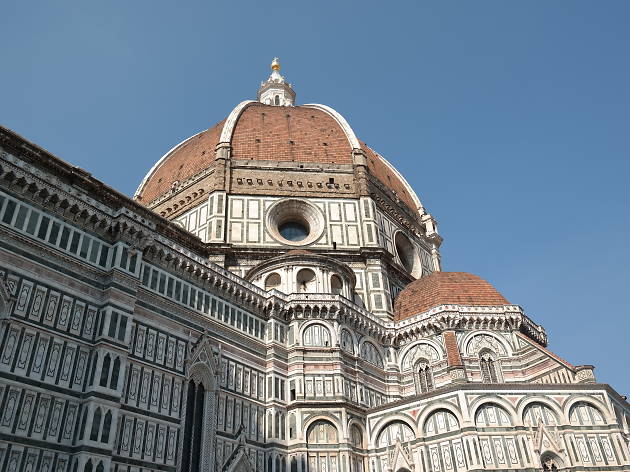 You can’t miss a visit to Florence while you’re in Italy and this incredible city is only an hour and a half train ride from Rome. The capital of the Renaissance is filled to the brim with art and history: it’s an outdoor museum that is best explored on foot, admiring its incredible architecture like the Loggia dei Lanzi and Florence Cathedral.

Walk across the Ponte Vecchio, pop into the Galleria dell’Accademia to see Michelangelo’s David and wander over to the Oltrarno neighbourhood, across the Arno River, to experience a quieter, more local side of this bustling city. Piazzale Michelangelo has one of the best views of Florence at sunset and makes for a perfect end to a day full of beautiful sights.

Try gourmet street food at Procacci, a historic delicatessen that serves specialty products like freshly-made panini with truffles. For rustic Tuscan fare, grab a seat at the tiny Osteria al Tranvai and pick off the daily specials or head to Osteria dell'Enoteca for a more upscale dining experience that strikes a perfect balance between new and old.

Stop for coffee at La Ménagére, a design-forward restaurant and café that doubles as a floral boutique and furniture shop. For craft cocktails, Manifattura makes excellent mixed drinks with Italian spirits, and Le Volpe e L'Uva is a cosy wine bar for a glass of Chianti.

Climb Giotto's Bell Tower for an incredible view of Brunelleschi's Dome (be warned there are 414 steps to the top), take a stroll through Florence’s lush Boboli gardens and pay a visit to the Scuola del Cuoio to see a historic leather factory and buy quality handcrafted leather products.

With a panoramic loggia that gives a view of the city skyline, Hotel Palazzo Guadagni is a hotel that packs an excellent value in heart of Florence. Another great bet is the boutique hotel Antica Torree di Via Tornabuoni 1 with its little terrace overlooking the Arno River.

Spend some time gazing up at the incredible mosaics inside the Florence Baptistry, with its impressive octagonal dome. 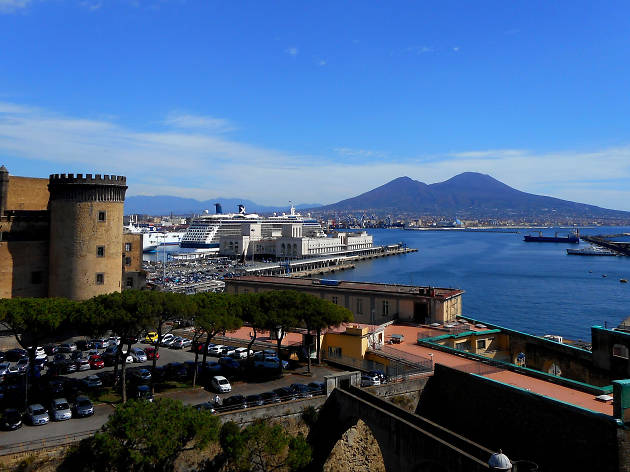 Discover the beauty and vibrant energy of Naples in just over an hour train ride from Rome. Though most people pass straight through this seaside metropolis on their way to Pompeii, the city of Naples has cleaned up its image in recent years and is worth a visit in its own right. Replete with splendid architectural gems like the Cappella Sansevero and Castel dell-Ovo, as well as vibrant street-life and some of Italy’s most celebrated cuisine, Naples is a city that satisfies both body and soul.

Start your visit wandering through Spaccanapoli and the winding streets of the Decumani before enjoying a margherita at one of the many pizzerias along Via dei Tribunali. Then make your way over to the central Piazza del Plebiscito and the waterfront to take in views of Mount Vesuvius from across the Bay of Naples.

Da Nennella is a boisterous trattoria located in the historic Quartieri Spagnoli that serves up traditional fare in a great atmosphere. You should also try the traditional Neapolitan sfogliatella at Attanasio near the train station and taste a fried pizza at Neapolitan pastries, like Baba al Rhum and Sfogliatella, at Pasticceria Poppella and fried pizza at Antica Pizza Fritta da Zia Esterina Sorbillo.

Coffee in Naples is regarded as the best in all of Italy: try it at the historic Caffè Gambrinus. A great wine bar-restaurant in the posh Chiaia district is L'Ebbrezza di Noe, or opt for a mixed drink at the outdoor cocktail bar Barril.

Visit the tiled cloister of Chiostro Santa Chiara and dedicate a few hours at the Archeological Museum of Naples, which houses ancient artifacts and mosaics recovered at Pompeii. On hot summer days, seek shelter underground with a guided visit to the Catacombs of San Gennaro and discover a unique side to this fascinating city.

Book a room at the Hotel Miramare, located on the waterfront with terrace views onto Vesuvius, or Palazzo Caracciolo near the Naples Central Station with its impressive 15th century inner courtyard.

Naples has a long tradition of making elaborate nativity scenes and figurines, which you can discover along Via San Gregorio Armeno in the historic centre. 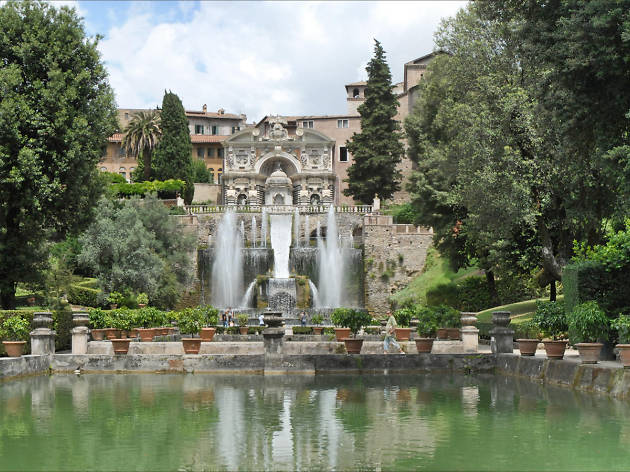 The elegant gardens and villas of Tivoli are a wonderful escape from Rome and will delight both art history buffs and nature lovers. Tivoli can be reached by train in under an hour from central Rome and has two noteworthy villas that are UNESCO World Heritage sites: Villa d'Este, with its mesmerising fountains and terraced Renaissance gardens and Villa Adriana, a large Roman archeological complex constructed by Emperor Hadrian.

The two villas are very different in nature but can be easily seen in the same day. Villa d’Este is a more modern villa and boasts numerous fountains and waterfalls that will impress visitors for their beauty and engineering, while Villa Adriana is an ancient site that will require more imagination to piece together, as it’s comprised largely of ruins.

Located a short walk from both villas, L’Angolino di Mirko is a wonderful restaurant with flavourful dishes and a great atmosphere—perfect for lunch or dinner. If you're staying overnight, book a table at the elegant Ristorante Sibilla that dates to 1720 for a little history with your meal.

Sit down for a glass of wine at Enoteca Gadì, an atmospheric wine bar lined with bottles, or stop by Anselmo Pub for a pint instead.

In addition to Villa d'Este and Villa Adriana, pay a visit to the romantic gardens of Villa Gregoriana which are overlooked but remain a beautiful oasis in the city.

A short walk from the Tivoli train station and directly beside the two villas, Bed and Breakfast Villa d'Este is a charming place to stay in the centre of town.

Admire the splendid Teatro Marittimo, an island located within Villa Adriana that has become a symbol of the ancient archeological site. 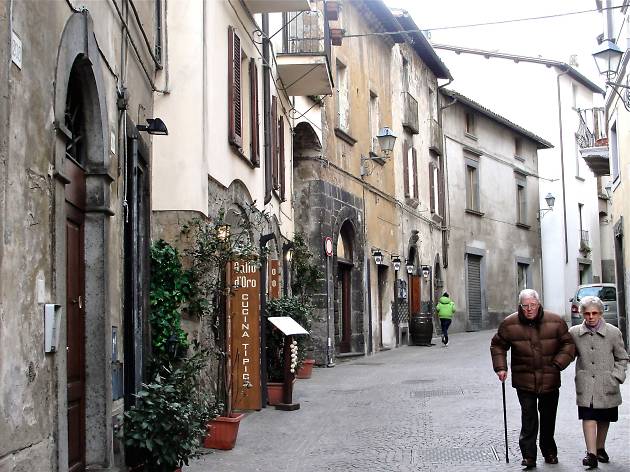 Orvieto, a hilltop jewel that lies north of Rome in the Umbria region, is replete with small-town charm and makes for a perfect change of scenery from the bustle of the Eternal City. Orvieto boasts numerous artistic and cultural sights, along with delightful cafes and restaurants, for a relaxing day-trip or weekend away in the countryside.

Begin your tour marveling at the Duomo di Orvieto with its stunning façade, undoubtedly one of the loveliest in all of Italy, and peek at the frescoes inside the San Brizio Chapel which were said to have inspired Michelangelo’s Sistine Chapel. Shop for handmade olive-wood souvenirs at Orvieto's many quaint shops before stopping for a traditional lunch of fresh pasta and cured meats. At sunset, climb up the Torre del Moro bell tower for a wonderful 360-degree view of the city and painterly landscape in the distance.

Enjoy a rustic lunch at L'Oste del Re, a cosy restaurant with serving local fare like Chianina beef and wild boar.

Have a glass of Orvieto DOC white wine at Enoteca al Duomo, in the shadows of the 14th century basilica.

Orvieto is a delightful town to wander around window-shopping, popping into churches and tasting the local delicacies. You can also take a walk around the Annello della Rupe, a ring path that winds around the town of Orvieto, to admire it from below.

Stay at the Hotel Palazzo Piccolomini, a hotel that belonged to the Papal family of the same name with comfortable rooms and historic touches.

Venture down St. Patrick's Well, a double-helix structure dates to the 16th century. 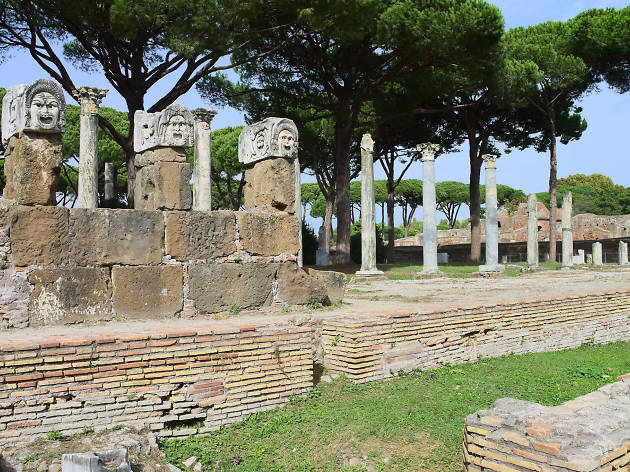 The Archeological Park of Ostia Antica is a wonderful site for a day-trip from Rome and is on par with Pompeii in terms of artistic and cultural value. An easy train ride from Piramide train station, the ruins can be reached within 20 minutes and will impress visitors with their well-preserved buildings and magnificent frescoes and mosaics.

Located at the mouth of the Tiber River, Ostia Antica was the harbor city of ancient Rome and dates to the fourth century BC. With an ancient theatre, public bath structures, a Christian Basilica, Jewish synagogue and dozens of temples dedicated to the Persian god Mithra, Ostia Antica provides a wonderful glimpse into the lives of the ancient ruins and will fascinate historians and anyone with an interest in Ancient Rome.

Before you venture inside the ruins, fuel up on classic Roman cuisine like carbonara and meatballs at Sora Margherita, located around the corner from the entrance to Ostia Antica.

Stop for coffee at Bar Centro da Tonino e Maria, a casual bar with plenty of seating outside to relax.

With numerous suggested itineraries for exploring the extensive park, you won’t be able to see everything in one day. But don’t miss the ancient Baths of Neptune, featuring an elaborate mosaic of the sea god riding a chariot, and the Roman Teatro, a horseshoe shaped theatre.

Ostia Antica is a better day-trip than overnight visit from Rome but to make a longer stay, book a stay at the Occidental Aran Blu Hotel at nearby Ostia Beach and soak in some sunshine on the beach the next day.

The chance to catch a show at the Roman Teatro during the summer: from electronic music to theatrical performances, the ancient stage comes alive for spectators 2,000 years after it was first built, a truly unique experience. 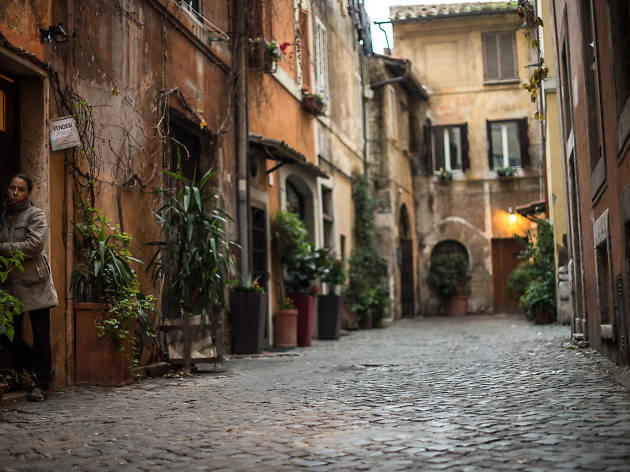 When choosing where to stay and play in Rome, consider that while the city is best known for its ancient history, its newer and more diverse neighbourhoods tempt visitors with creative eateries, speakeasy bars and art galleries, all within an easy commute of the must-see ruins.