Cafés have evolved to become more than just a sweet spot for some sugar rush or caffeine boost. It’s a safe haven where friends catch up, couples date, fans gather, and Instagramers snap that winning shot. And what’s more fun than throwing in a quirky theme for all to soak up the novelty?

Appealing to the niche fancies of crowds, themed cafés come in all shapes, sizes and colours – think the vivid hues of Hogwarts, the iconic sets from Friends, and striking decor that will satisfy your wanderlust. Here are the best ones to check out when the bog-standard just won’t do. 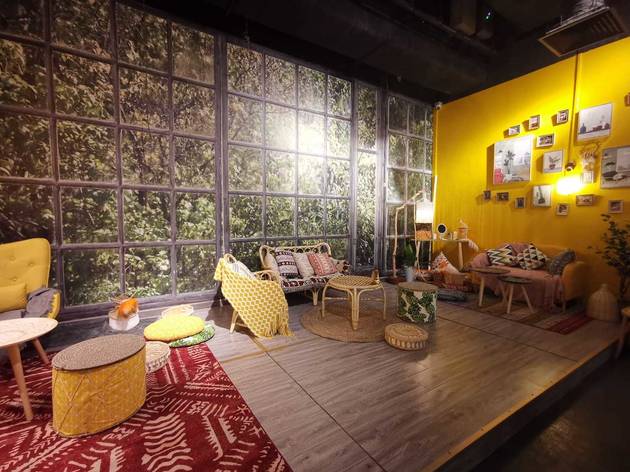 Why have one and when you can have up to four themed corners for an Instagram-worthy brunch date? The new multi-theme hideaway nook at Changi Business Park draws in the crowds with a ladies-only floral-themed corner, a safari-themed dining area, a homey "living room", and an outdoor beer garden. Not just a feast for the eyes, the cafe also keeps bellies full with all-day brunch offerings, pastries, desserts and signature dishes such as the pink sugar bandung soufflé pancakes, and peri-peri chicken nasi lemak served with blue pea flower coconut rice and a side of belado chilli. There’s also a variety of artisanal coffees such as the red velvet latte, and craft beers on tap from $9.90 a pint. 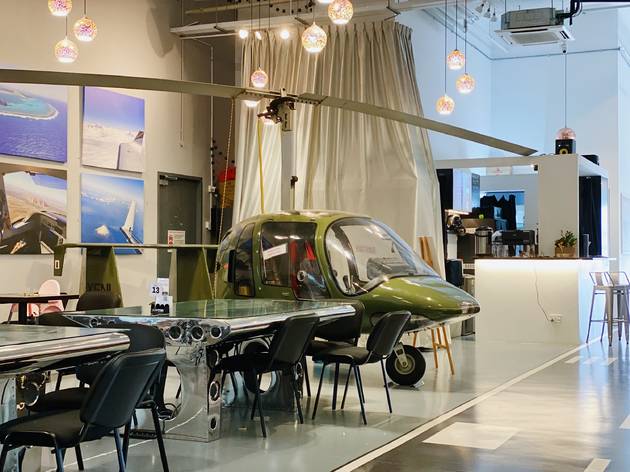 This aviation-themed café comes hidden within a plane hangar in the Seletar Aerospace district, complete with views of a runway and parked aeroplanes. During a time when travelling remains unlikely, Hangar66 Cafe offers a novel setting to satisfy those hungry for coffee – and adventure. Keeping up with the theme, the café takes flight with aeroplane parts that double as a communal table, a helicopter that’s anchoring the dining area, and a floor splashed with runway markings. But don’t expect your typical bland airline meal – Western-styled plates of grilled chicken ($13.66), wagyu beef burger ($18.66), and pasta tossed with tom yum ($15.66) are served with the chef's kiss here. 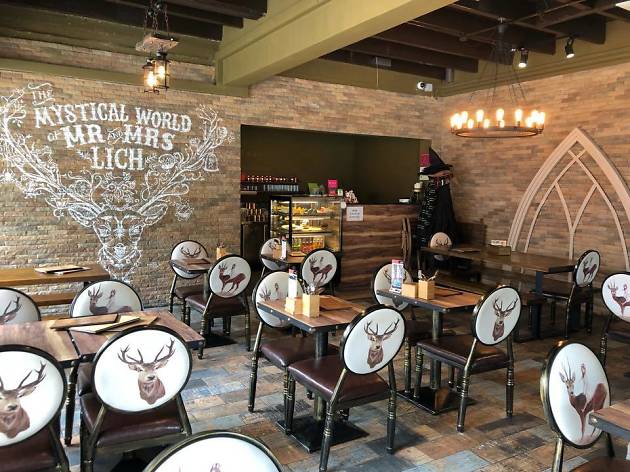 If you didn’t get your letter from Hogwarts, don’t feel too bummed out about it. Instead, you can live out the fantasy at Platform 1094. Though it’s not an official franchise of Harry Potter, the cafe is the first magic-themed one in Singapore. A nod to the famous wizarding world, it has a similar chandelier to the one in The Great Hall, as well as Harry Potter paraphernalia all around. Kickstart the day with Giant's Breakfast ($15), eggs on toasted sun-dried tomato bread slice, served with bacon, sausages, and salad. Then down non-alcoholic potions such as Mrs Lich's butterscotch ale ($10), or boozy poisons like Mr Lich's flaming brew ($15), which is a concoction of the platform's secret recipe, if you’re feeling adventurous. 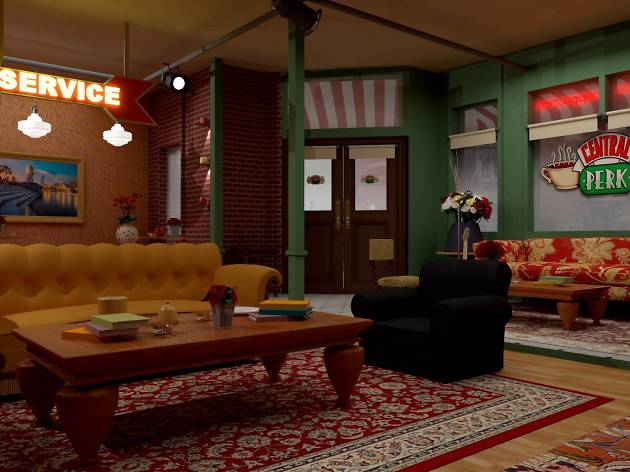 Now here’s a cafe that will be there for you (when the rain starts to pour). For fans of the 90s sitcom Friends, this café is an absolute dream. It houses multiple sets modelled after the hit TV series with the main one being Central Perk, the cosy coffee shop with the iconic mustard plush couch. The 3,300-square-foot space also features the Pacman machine, Monica's kitchen, and Joey's handcrafted cabinet. When it comes to the food, expect nothing less than dishes inspired by the show like the cheesecake from Mama’s Little Bakery ($16) which fans will recognise as the cheesecake so good, Rachel and Chandler ate it off the floor. No stranger to hosting a rotation of adorable Sanrio characters like Rilakkuma, Gudetama, and Bad Badtz-Maru, Kumoya is one themed-cafe that will delight the kids and kidults. The cafe is known for themed pop-ups and specialises in Japanese-French desserts like petite eclairs, macarons and plated yogurt parfaits that are made fresh on-site. Those without a sweet tooth can dig into pancakes served with tempura and other snacks such as truffle fries. It's currently spotlighting Molang over at its Jalan Klapa outlet and Sumikkogurashi at its Orchard Central outlet. You probably remember this d'Good Cafe as the kitschy diner with decor à la the London Underground. But if you head over to its Holland Village branch, you'll find something far from the tube – well, except for the iconic red, blue and white logo with ‘Holland Village’ plastered on it. Head to the second-floor area for warm wooden fixings and a swing seat that makes for a great spot to grab a cuppa. And it helps that d’Good Café takes its brew seriously. Beans are blended and roasted in-house, with a wide variety ranging from espresso-based concoctions to manual drip options. Want to beat the heat? Its selection of cold brew coffee is also worth a try, alongside a selection of hearty brunch plates. 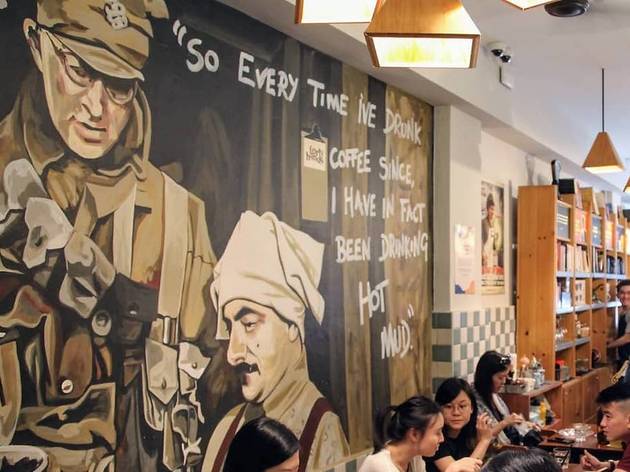 It's always a treat when you order at Forty Hands' counter, which is decked with pop culture references (spot the iconic coffee quote from Pulp Fiction) and shelves of literature. There's even a mural that depicts a scene from a British cult TV show alongside the team's favourite coffee-related film quotes at its East Coast branch. Plus, no matter your first order of the day – latte, cappuccino, or flat white (from $6.50) – the coffee connoisseurs here will serve up quality brews made with freshly roasted beans which you can bag home too. And if you're feeling peckish, the café also serves all-day breakfast including smashed avo on toast ($20), har cheong gai (prawn paste fried chicken) waffles ($19), and the popular big boy breakfast ($25). 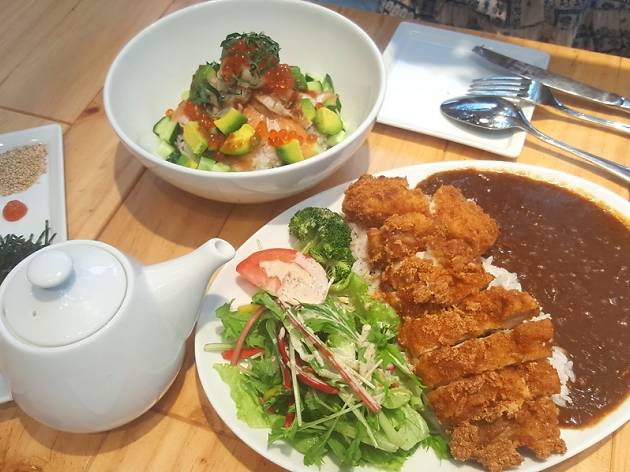 For a slice of the Land of the Rising Sun, make your way to this train-themed cafe to soothe your wanderlust. Besides dishing out Japanese and Western-style fare, the cafe also houses a rail pass counter where you can buy train tickets for the JR lines, and a retail space for train-themed paraphernalia. For heartier meals, try the Watashino curry rice ($18) that's customisable with your choice of crispy chicken cutlet, stir-fry pork or fried oysters. Healthier options include the Kaisen avocado don ($18), a mix of salmon sashimi, Aomori scallops and avocado. Also, look out for the special menu that showcases food from a selected prefecture every month. 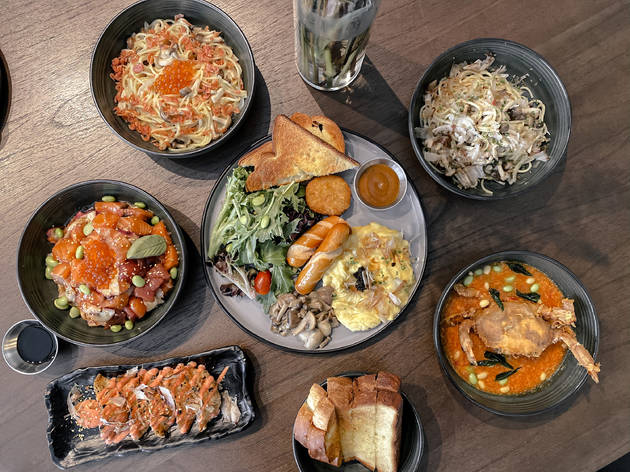 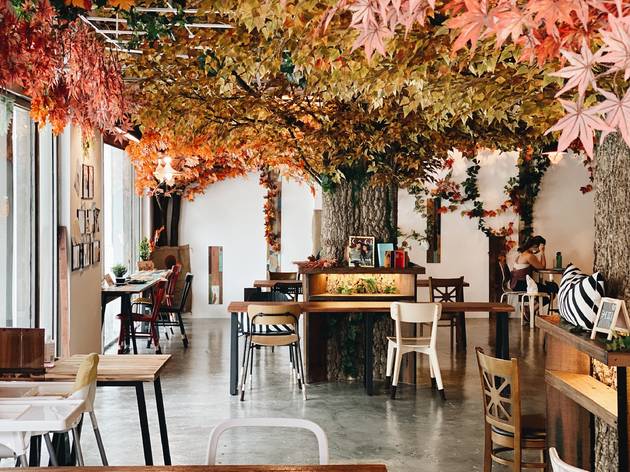 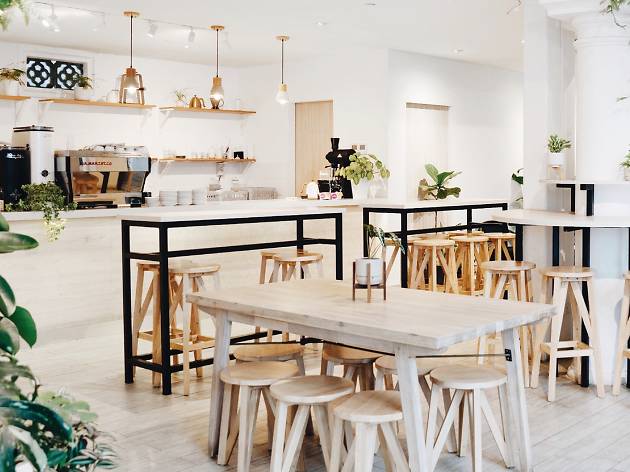