My Account My Profile Sign out
My Account
Search
Worldwide Asia Singapore The authors of Scarlet Harlot: My Double Life on being an escort in Singapore
Advertising

Due to Singapore's squeaky clean image and rep for being a “fine city”, you could easily assume that sex work here is illegal. However, as long as it does not involve pimping, owning a brothel, and advertising sex work online, it is legal – which is perhaps why you won't find a job like escorting advertised on a careers website.

Unlike other sex workers, escorts are seen as bougie – designer labels, swanky bars, and lavish hotel suites with sweeping views of the glittering cityscape below. Engaging with an escort is like having an expensive main squeeze experience with no strings attached.

While escorting has been glamorised – leading women to believe that doing so will afford them a life of luxury – it also has its dark side. Local publisher Epigram Books has recently released a new blog-turned-memoir titled Scarlet Harlot: My Double Life by Singaporean escort Ashley Chan (not her real name) and author Gerrie Lim. Together, they shed light on the ”inconvenient truth” about life in the Lion City as both an escort and a student.

Like any other jobs in Singapore, escorts are hustlers trying to ease the financial strain of living in one of the world’s most expensive cities. And it’s not an easy feat. To find out more, we chat with Gerrie and Ashley about the good, the bad and the ugly of escorting as a career, including the dangers, stigma, and backlash that comes with the job. 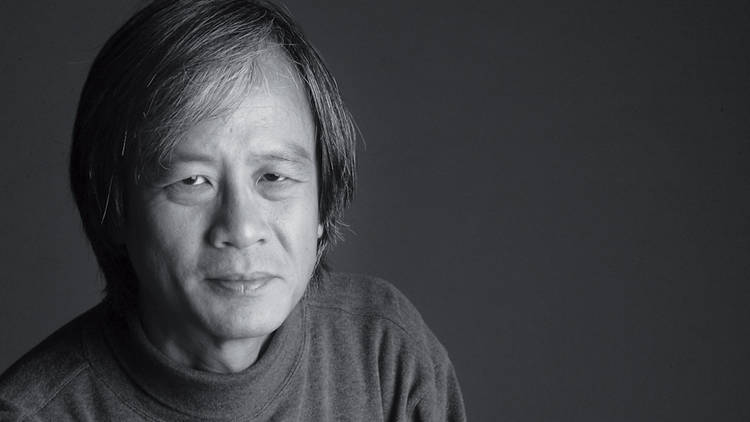 First things first, what gets you excited about Singapore?
Gerrie Lim (GL): The food, mostly, since there’s a tremendous variety here but I’ve found Singapore more livable since I came back from Hong Kong in 2016 – I was there since 2008 and prior to that I was in Los Angeles for 15 years. It’s a relatively easy place to live in and adjust to.

How would you describe life in Singapore?
GL: Cosmopolitan and convenient since English is the main language, and there are things you can avail yourself of – like the sex industry since escorting is legal here (winks).

Your new book Scarlet Harlot: My Double Life (written together with Ashley Chan) is “a memoir that reveals the inconvenient truth about life in the Lion City” from the perspective of an escort. Tell us more about the book and the sort of “inconvenient truth” that we can expect from reading it.
GL: A lot of people don’t know that escorting is legal here but one has to be careful, since pimping itself is illegal and so is gay sex. What I’ve found is that people like to read about these things, as I learned when I published Invisible Trade, about my encounters with escorts in Singapore. Scarlet Harlot is different in that it is about one escort, while that book and its sequel, Invisible Trade II, featured composites of various local and international escorts I had met and interviewed.

For the uninitiated, what is the difference between escorts and sex workers?
GL: The difference between escorts and sex workers occupies a grey area. Escorts are the top of the line and other people working with the sex industry are numerous – massage parlour girls, KTV hostesses, sugar babies,  dominatrices, and bondage sex workers, for example, occupy the other tiers and one gets what one offers to pay or compensate depending on the purported act. There are many ways to skin a cat – or pussy, if you’ll pardon the phrase.

[Escorting] is an illusion that can literally drive some people crazy.

With luxuries and branded items, escorting can be seen as a glamorous lifestyle. But what is it really like as a career?
GL: Escorting can certainly be seen as an entry to a glamorous lifestyle and it’s an enviable career choice but one has to know the limits; some girls know it is “wrong” to perform sex acts for money but the lure of money overcomes that first step and it gets harder to leave the longer you stay.

There are many agencies that will accept escorts and it’s easy to get work but difficult to navigate the many complicated paths once you get started, so it’s an illusion that can literally drive some people crazy.

What are the major upsides and downsides to the job?
GL: [There] are too numerous to count. Most people do it because they need money, for whatever reason, but fall peril to bad clients who think they have the cash but don’t treat the girls well or take advantage of them. Most girls leave after trying it for a few years because they can’t handle it.

Is it just about sex?
GL: Primarily, they have fantasies they want to fulfil or, if they’re married, seek some other kinds of sexual satisfaction. There’s nothing wrong with that provided they know how to get it (and, of course, not get caught!) and many also need conversation and companionship of the kind they won’t get with a mistress, which is a different topic altogether.

Ashley says being a sex worker means you have to master the art of “disappearing” and you have to understand discretion and privacy; it’s knowing when to leave and how to leave without a trace, and that’s the difference between an escort and a mistress.

Being a sex worker means you have to master the art of “disappearing”.

Ashley, has your job influenced your views on men and relationships?
Ashley Chan (AC): Yes, of course. There’s a guy in my book whom I named Robert, who started out as my client and then became my boyfriend whom I then saw only as a client, when the interpersonal relationship didn’t work out between us. I was admittedly naïve and thought I was lucky to have found him, and I was upset when I was replaced by another girl!

I learned that a client is a client and a boyfriend is a boyfriend and you can’t do both, and I’ve concluded that “dating is a waste of time” for me. For me, working more means giving up on romance, and that is my trade-off. For now, anyway, until I leave the industry.

Have you ever felt uncomfortable or unsafe on the job?
AC: Only when the police raided Orchard Towers, as I explained in the book, when I was trying out other avenues – this was right after my first year of being a sex worker. I was in the process of servicing a client when a raid was conducted and the client and I had to run out to the main road – Orchard Road – to escape undetected. I went straight to hotels to work right after that because I was shaken by how such a thing could impact my career choice!

Also, men carry “spy cameras” hidden in bags and film us without permission, and then they post them online, and also girls and agents send clients to see me to gather intel, to see what kind of escorting persona I am. This industry can be ridiculously vicious.

Are there other misconceptions around being an escort? How are they problematic?
GL: A girl from mainland China in my book says you “can find rich men to marry” but Ashley disagrees – you shouldn’t choose a husband from your clients since escorts are not really the marrying type and you “shouldn’t s*** where you eat,” to put it bluntly.

She also says in our book that “you can f*** just about anyone but you can’t love anyone” and being a sex worker helps you understand the line between love and lust. She doesn’t get attached to clients in a romantic way and treats them as friends. It means saying, “I will love you as a person and I will love you as a friend but I won’t love you like how your wife loves you.”

Are there any memorable stories or clients?
GL: There is a twisted tale of empowerment when Ashley interviewed a girl named Melinda (not her real name) for a Twitter curation project for a sex worker rights organisation, in which Melinda confided a major family secret: her mother was always hostile towards her grandmother and her grandaunt told her that her grandmother used to be a sex worker and she supported the family with her earnings. But back then, girls didn’t have the choices they do now to earn money so she became a prostitute and put her sister through school with her earnings. Melinda’s mother never saw it that way and always took the moral high ground whenever there were family disputes.

It says a lot about why sex workers don’t ever tell the truth to their families because the occupation is not accepted or understood. This also relates to Ashley’s case with her own grandmother, who despises her because she’s a sex worker and wishes she could see her case with more support and less derision. She did not want to take years off just to work to continue her studies and chose sex work as a better way to make ends meet.

What’s the main takeaway of Scarlet Harlot: My Double Life?
GL: The importance of my book, since it’s about the double life of a student escort, is to promote the importance of getting an education and girls should not be over-reliant on escorting and should remain diligent in chasing other pursuits. Many girls tend to forget this as they chase the next handbag or crave the next car they buy, and they don’t see that you need an exit plan. You have to leave the industry at some point, and you need to build that case now.

Scarlet Harlot: My Double Life ($18.90) is available at Epigram Books. 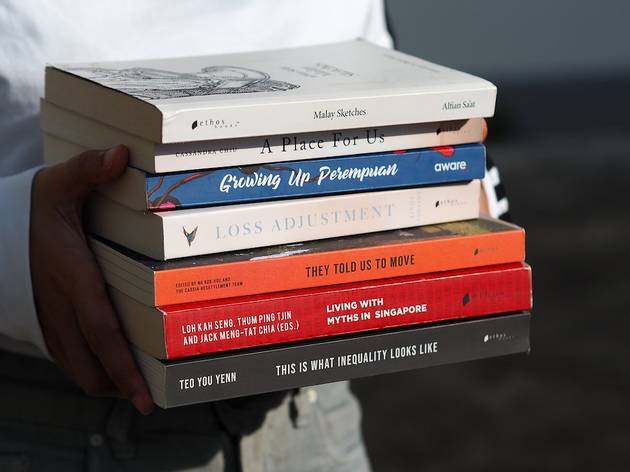 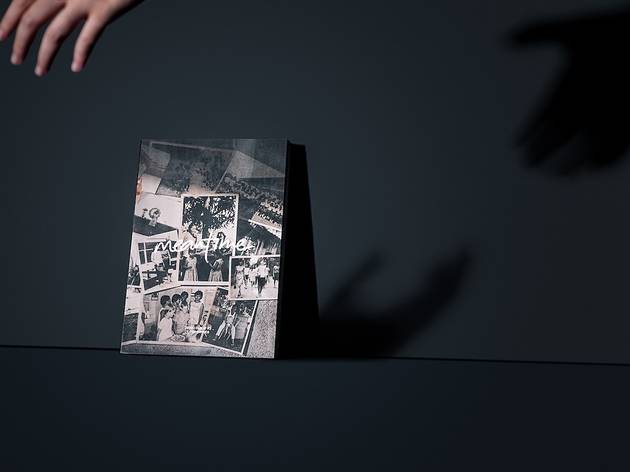 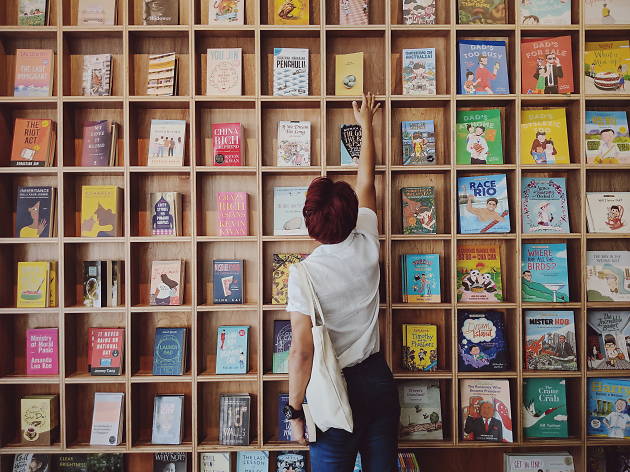