Singapore flags, NDP songs and the kampung spirit – are you feeling patriotic yet?

Anniversaries are meant to be celebrated with gusto and Singapore knows just how to party when it comes to National Day. Observed on August 9, the yearly affair marks Singapore’s independence from Malaysia. The city dresses for the occasion with flags lining the buildings, patriotic songs pervades the airwaves, people kitted out in red and white, and of course, the National Day Parade (NDP).

Here’s the NDP in a nutshell: impressive aerial displays, military parades, and multicultural performances – all wrapped up with stunning fireworks. However, this year's NDP is going to be different. For one, NDP has been postponed to August 21, and only a ceremonial parade will mark August 9. Celebrations have also been moved to the Float @ Marina Bay, where a scaled-down audience will spectate. For the rest of us, it will be a digitalised and immersive affair with a series of home engagement activities to encourage audience participation throughout the day.

If you're planning to pop the poppers outdoors, remember to wear a face mask, remain in the mandatory group size, and maintain a one-metre safe distance between each other. With that in mind, here's everything you need to know about NDP2021.

RECOMMENDED: The best places to catch the National Day Parade fireworks for free 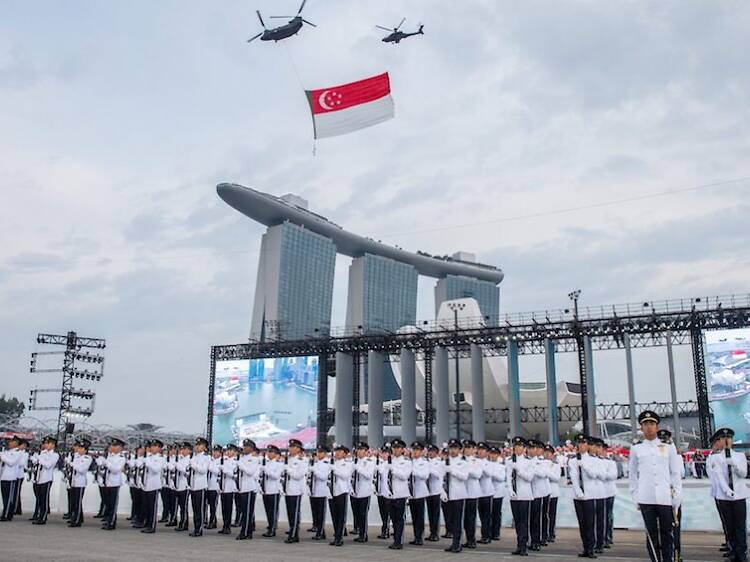 It's old news by now that NDP2021 has been postponed to August 21 as the country has returned to stricter measures under Phase 2 (Heightened Alert). That means that on August 9, we'll only get a ceremonial parade to mark Singapore's 56th year since independence. This will look very much like the parade we got at the Padang in 2020, but this time, at The Float @ Marina Bay.

The National Day Message from Prime Minister Lee Hsien Loong will happen on August 8. Tune in to the speech on Channel NewsAsia at 6.45pm, and stay on for the message in Mandarin, Malay and Tamil. 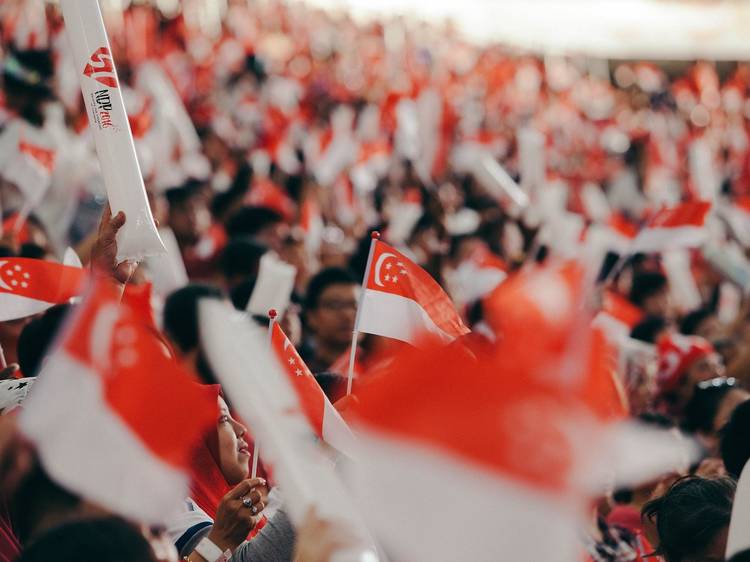 The real celebrations will happen on August 21. There are scarce details about what this entails, but we know that there will be television-exclusive special effects, marking the first ever live-virtual performance at NDP. Expect to be able to participate and join in the parade via virtual means, from the comfort of your home.

And yes, you will most likely be watching the parade from home. Unlike preceding years, there will be no balloting for NDP seats. Instead, invites will be extended to front liners and volunteers as a thanks for their service during the COVID-19 pandemic. All attendees above 12 years of age and eligible for the national vaccination programme will have to be vaccinated, and also go for pre-event testing before attending the parade.

This year's theme is Together, Our Singapore Spirit, a celebration of the resilience and 'can-do' attitude that has kept our country strong through the trials of the pandemic. It's also a rallying call for us all to continue pushing through the remaining difficulties, and to band together to build a better future. The Road Ahead, the theme song for NDP2021, echoes this message. Written and composed by Linying and Evan Low, and performed by Linying, Sezairi Sezali, Shye-Anne Brown and Shabi, it is accompanied by a music video that blends live action and animation as it reflects on Singapore's growth through the years. 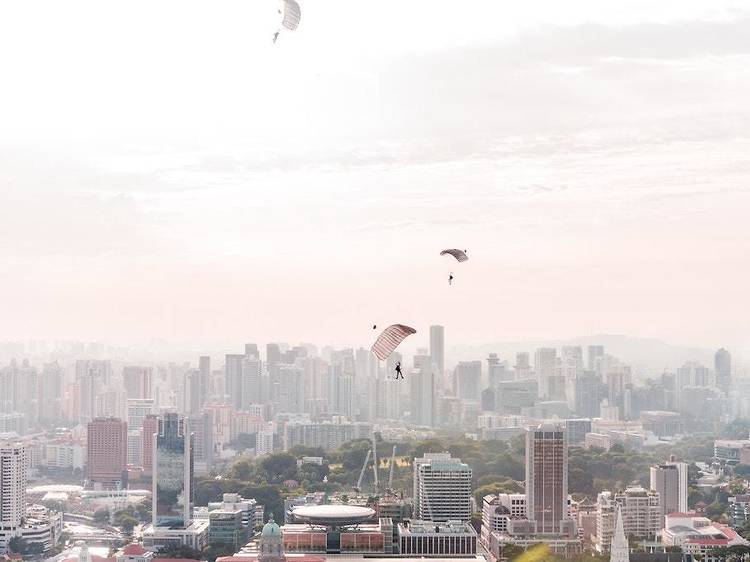 If you can't watch the National Day Parade at the Marina Bay Floating Platform itself, then catch all the action, song and dance on your telly and social media platforms. The show will be broadcasted live on screens islandwide, showcasing the parade alongside some nifty live-virtual action. Head to NDPeeps on Facebook and YouTube to tune in. 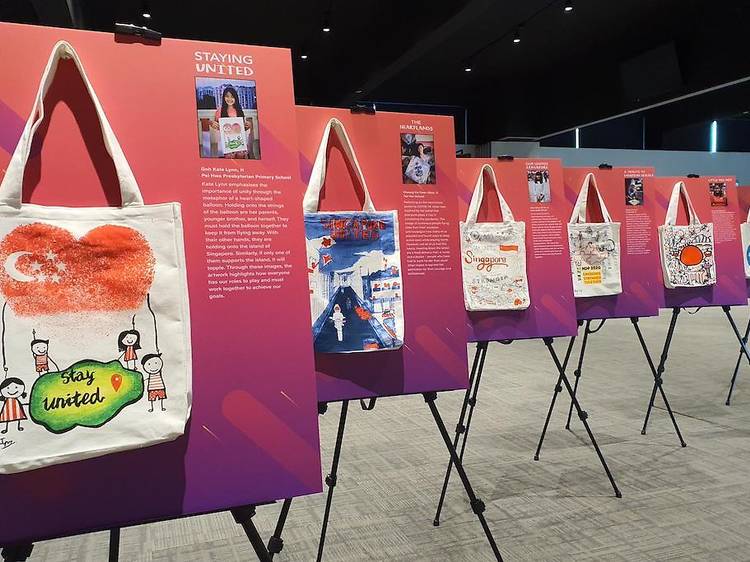 Sadly, heartland fireworks and Red Lions displays previously meant to happen over the August 7 and 8 weekend have been cancelled. It is unclear if they will be brought back closer to the new NDP date of August 21. One can hope?

However, there will be community activities held across the island to drum up some national spirit closer to home. To join in the fun, gather your family and check out ndp.gov.sg for updates on National Day things happening in your 'hood. And we expect that there will still be the fly-past of helicopters with the state flag and fighter jets from the Republic of Singapore Air Force across residential areas. 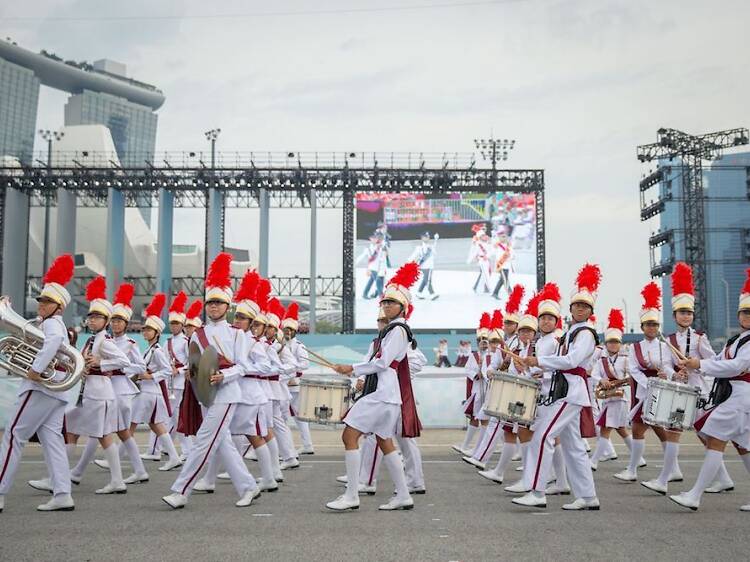 If you had booked hotel rooms overlooking the floating platform in the hopes of catching the rehearsal or preview scheduled on 24 July and 31 July, then it must have been disappointing to learn that those were cancelled. Rehearsals will resume ahead of the new NDP date on August 21, albeit in smaller component groups – and dates will not be announced to discourage gatherings at Marina Bay. 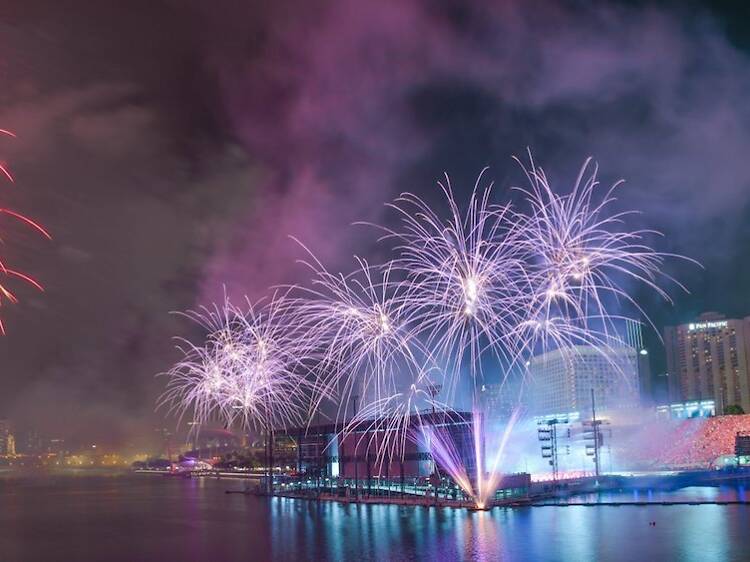 The main star of the NDP is, undeniably, the prodigious pyrotechnics. Last year, the fireworks display was set off at 10 different locations in Singapore to give everyone a chance to catch them up close. This year, heartland fireworks have been cancelled and there is no news that it will be brought back after Phase 2 (Heightened Alert) restrictions lift on August 18. But we can likely count on the main fireworks display happening at ThE Float @ Marina Bay on August 21.

If you're resuming your annual ritual of heading down to the Marina Bay area to soak it all up, get to know the vantage points for the best view. From rooftop bars to the waterfront, we’ve listed out the best spots to catch more than just a glimpse. Just remember to mask up and keep to your group. 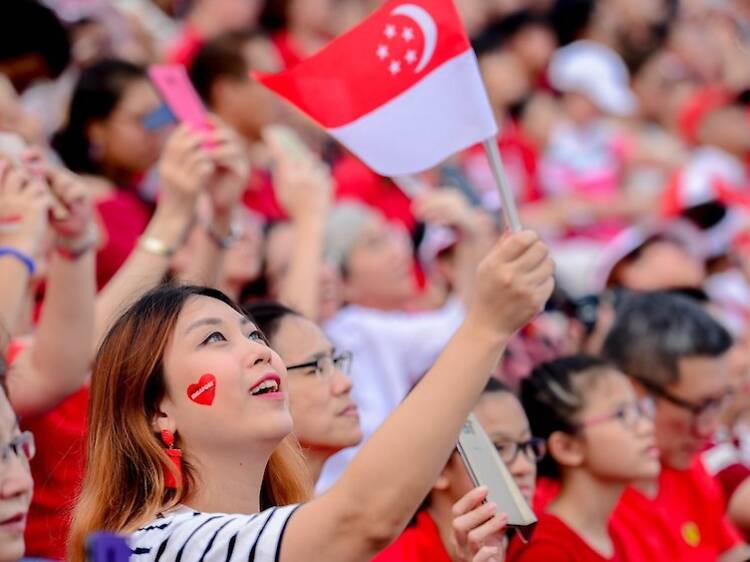 NDP packs will only be given out to spectators at The Float @ Marina Bay this year. Based on feedback gathered from the public, the packs will be a scaled down affair, including only essential items like a reusable water bottle, hand sanitizers and a handheld national flag to wave to the beat of celebratory songs. 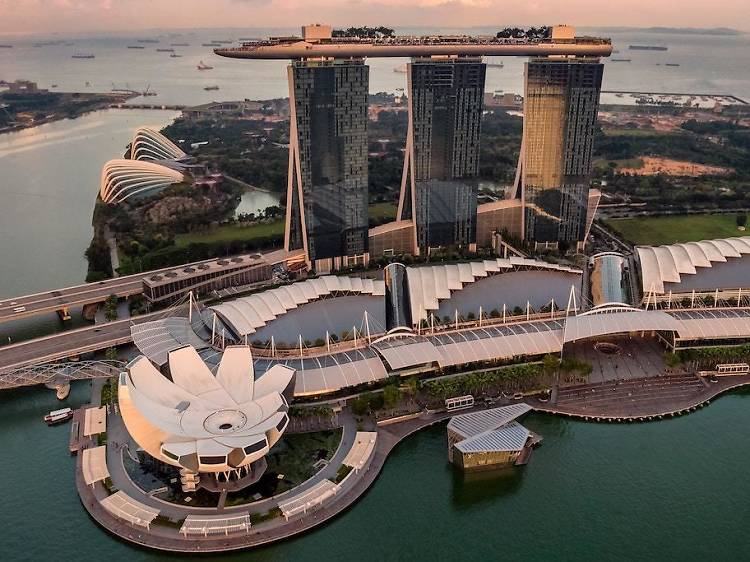 Come August 21, do remember to check the road closure advisory on ndp.gov.sg for information about streets to avoid while commuting. As can be expected, roads around Marina Bay, such as Raffles Avenue, Temasek Avenue and Bayfront Avenue will be affected by the parade proceedings, so take careful note if you're in the area to avoid any inconvenience. 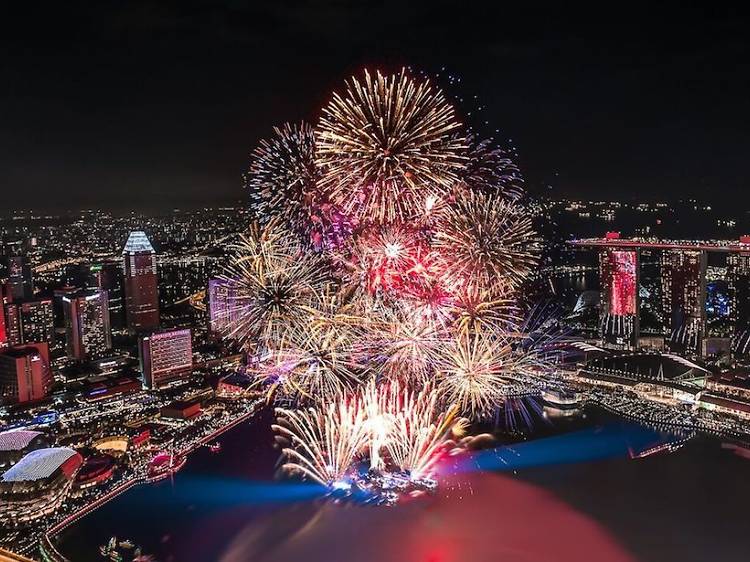 The best places to catch the NDP fireworks for free 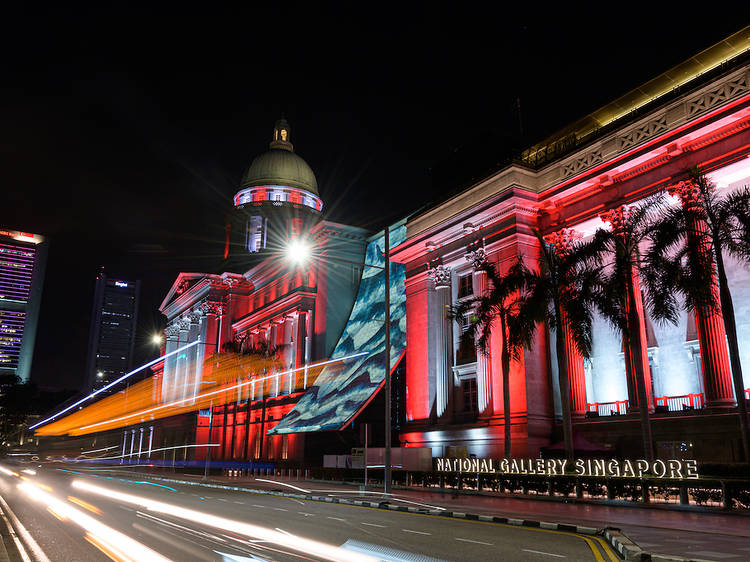 The best things to do during National Day 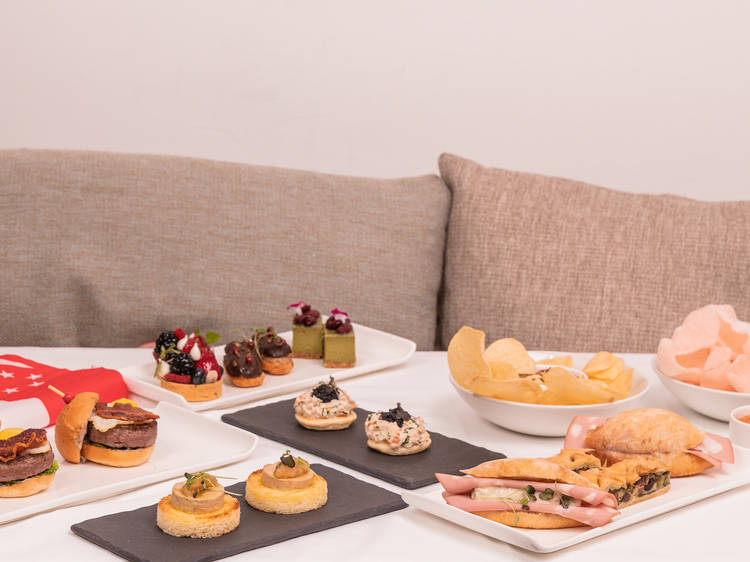 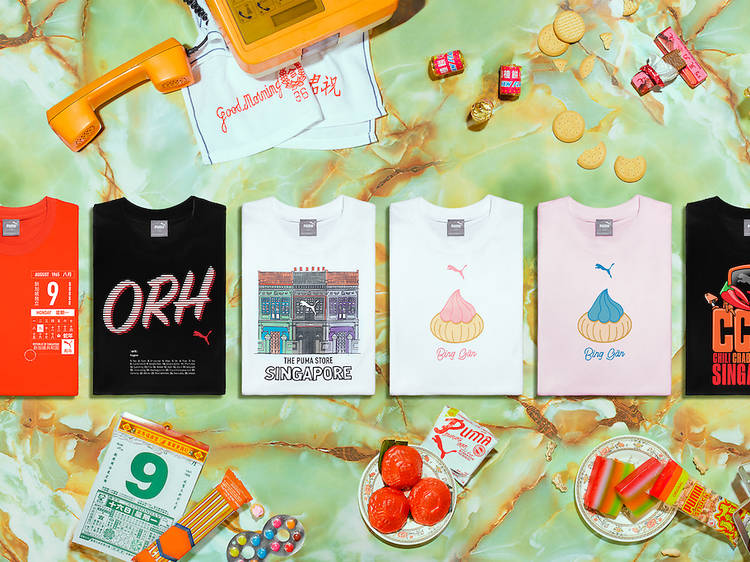 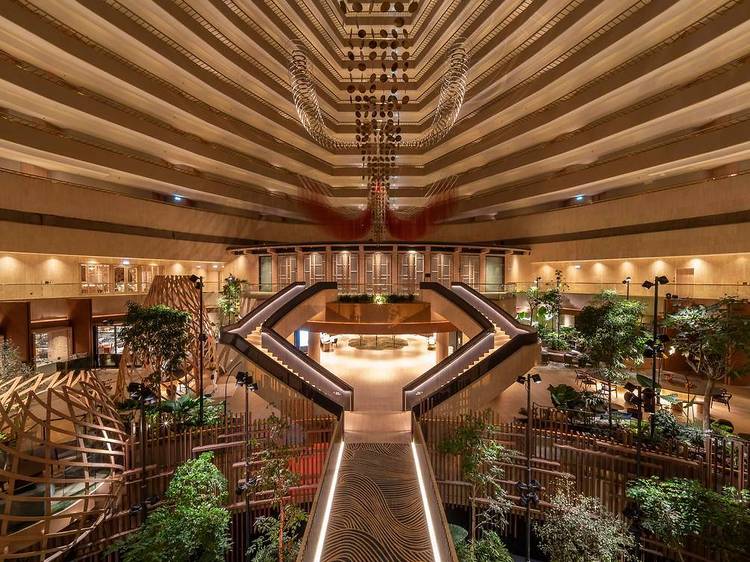 The best National Day staycation promotions and deals in Singapore 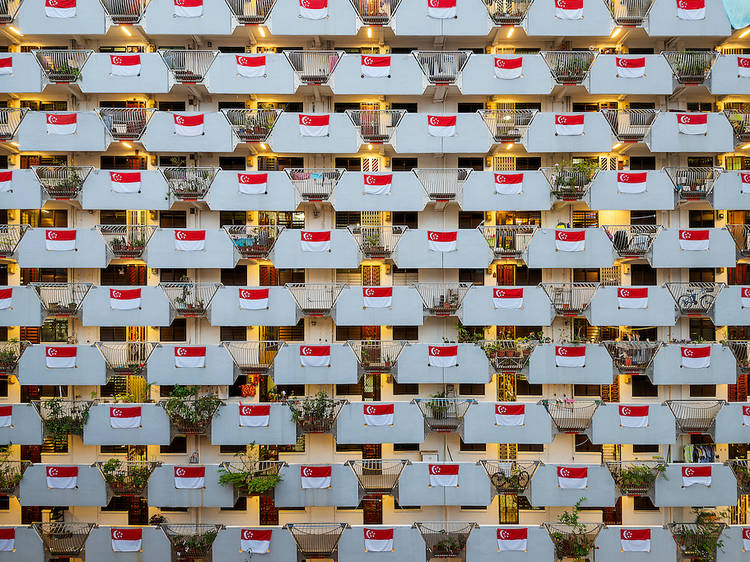 The best National Day songs of all time