Are Singaporeans prepared to travel?

With news that Singapore is easing travel restrictions, many are hopeful – but are we actually ready?

On August 6, it was announced that Singapore will allow fully vaccinated travellers from eight countries to serve their Stay Home Notice (SHN) at their own residences. The eight countries – Australia, Austria, Canada, Germany, Italy, Norway, South Korea and Switzerland – were chosen because they have managed to keep the Covid-19 situation under control.

There are certain conditions, however. Only Singaporeans and permanent residents are eligible. There's also an application that must be made three days before arrival – which requires applicants to have had remained in the eight countries in the last consecutive 21 days before arriving in Singapore.

And then there's the question of where they're allowed to serve their stay-home notice. Basically, the residence should only be occupied by themselves alone or with household members who are vaccinated people serving stay-home notice with the same travel history and isolation period. As usual, they must remain in their place of residence at all times during the SHN period and will be required to wear an electronic monitoring device.

Travellers will also be required to utilise specially-designated transportation services to and from their place of residence and bear the costs for these transport arrangements.

What does this mean for the future of travel?

Currently, all incoming travellers to Singapore will have to serve a 14-day stay at a dedicated SHN facility, which costs $2,000. Besides that, they'll also have to do Covid-19 tests throughout their stay, which costs $200 each time. For most Singaporeans, the additional costs are enough to put them off leisure travel completely. To be able to travel right now is a privilege only a few can afford. And while the new measures don't mean that we can travel as freely as we used to, it's definitely a huge step forward.

All the pre-planning and budgeting takes away from the spontaneity that some would associate with travel. Unlike in the past, you can't just pack your luggage and head to the airport now to board a plane on a whim. But if there's one thing we've learnt over the past two years, it's that change is the only constant. Azimin Saini, a Singapore-based editor who recently travelled to France to be with his partner, gives us his first-hand encounter of travelling in the middle of a pandemic.

“Honestly, travelling right now is a bit of a nightmare. The biggest difference is in cost: You must be prepared to pay for quarantine, PCR tests and also things like travel insurance which costs a lot more now. In my case, I was travelling to France and I could enter since I was fully vaccinated – but there are a lot of forms to fill up,” Azimin reveals. “The directions aren't entirely clear and there was a real fear that the rules may change overnight or even sudden border closures.”

But how is it actually like to travel in a Covid-19 world?

Azimin fills us in: “Changi Airport was a ghost of its former self and as I departed during Phase 2(a) heightened alert, most, if not all of the eateries in the departure hall was closed. The flight was 3/4 empty and I had a whole row to myself due to social distancing."

Perhaps one of the most unfortunate parts about Singapore closing its borders is that our airport, once pulsing with life with over with a record high of 226,692 passengers passing through in a day, has become a ghost town. The world's best airport for eight consecutive years has lost its title this year. This was revealed at Skytrax's 2021 World Airport Awards, where the beloved airport was overtaken by Hamad International Airport, followed by Tokyo Haneda Airport in second place.

Singaporeans shouldn't be discouraged, though. Being third-best in the world is still a pretty mean feat. Changi Airport also keeps to its high standards – making it into the list of airports under the newly introduced 2021 Covid-19 Airport Excellence Awards. Customers rated airport standards across key categories, including Covid-19 information signage, face mask usage enforced, social distancing markings, terminal cleanliness and washroom cleanliness. Does it come as a surprise? Absolutely not.

Over in Paris, it was an entirely different story. "Arriving at Charles De Gaulle airport was a culture shock: immigration authorities had to scan every passenger's vaccination certificate and that process took hours – there was no social distancing due to the volume of passengers arriving," Azimin tells us. "Remember that feeling when you emerged out of your house after Circuit Breaker for the first time? That feeling is 1000 times more intense when you're in a foreign land."

Let's go back to the very important question, are Singaporeans prepared to travel?

“Singaporeans are some of the most avid travellers in the region, and when we consider the lack of options for inter-city travel within the country, it is of little surprise that they are the most vacation deprived people globally this year," says Lavinia Rajaram, APAC Head of Communications for Brand Expedia in a media statement early this year. In case you've missed it, it was reported that Singaporeans are the most travel-deprived in the world.

Of course, it's the millennials that are feeling it the most. According to the study, those aged 18-34 were found to be the most vacation-deprived group, with 85 percent identifying with vacation deprivation.

When push comes to shove, though, are we actually prepared to travel right now?

According to Finder's Travel Index which came out in July, there is no doubt about that. The index found that 44 per cent of Singaporeans are intending to travel within the next three months – especially after restrictions are eased after August 20.

"You know, when I first decided to travel to be with my partner, I thought most people would be hating on me on social media. Instead, I've received nothing but positive responses. Some people are even thanking me for taking them out of Singapore for a tiny bit with my travel posts," Azimin tells us.

He adds: "Based on that response, I would say yes, most Singaporeans are travel-starved. But to actually book the tickets and bear the cost of quarantine and PCR tests would be a lot of legwork if all you wanted was a weekend in Phuket. If you want to travel, make sure it's worth it."

Why the freedom to travel is important right now

It's no secret that travel restrictions have affected more than just vacation plans. Over the past two years, families, couples, relatives and friends have been separated – no thanks to border closures all around the globe. This begs the question, is it imperative that Singapore opens its borders so that residents can reunite with their family and loved ones? Human connection, after all, is what we all need in times of distress.

"It's rough and wreaks havoc on your mental health. It's even worse for my expat friends who've chosen to live in Singapore through this difficult period and do not know when and how they will ever see their families," Azimin stresses. "Borders are easy to close. I wish we could say the same for the human heart."

What about business travel?

While we wait for more concrete details to be finalised, here's a glimpse of hope that we may soon be able to travel soon - whether for business or leisure. From next month, Singapore plans to set up pilot programmes to allow vaccinated business travellers from four countries to enter on carefully controlled itineraries as it takes steps to reopen its borders, says a report by Bloomberg on August 17.

Here are the details: Singapore is in talks with four countries – Germany, Australia, Canada and South Korea – to be the first batch of countries for these arrangements. And it adds up, too. Those countries are on the list of eight countries previously announced by the Ministry of Health on August 6 for leisure travel. These nations were chosen because of lower number of infections, higher vaccination rates, and the ability to control outbreaks.

During the pilot run, organised itineraries and tour groups will be cemented so as to bubble-wrap the business travellers for the journey with designated places they can visit.

Granted, it's still a far cry from what travel used to be pre-covid. But it gives us hope that things are finally looking up.

In the meantime, there are loads to do in Singapore 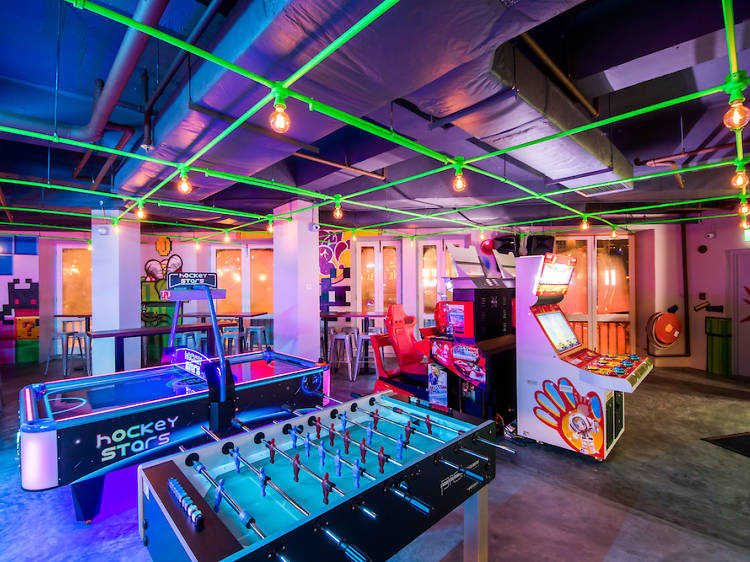 The best things to do in Singapore after dark 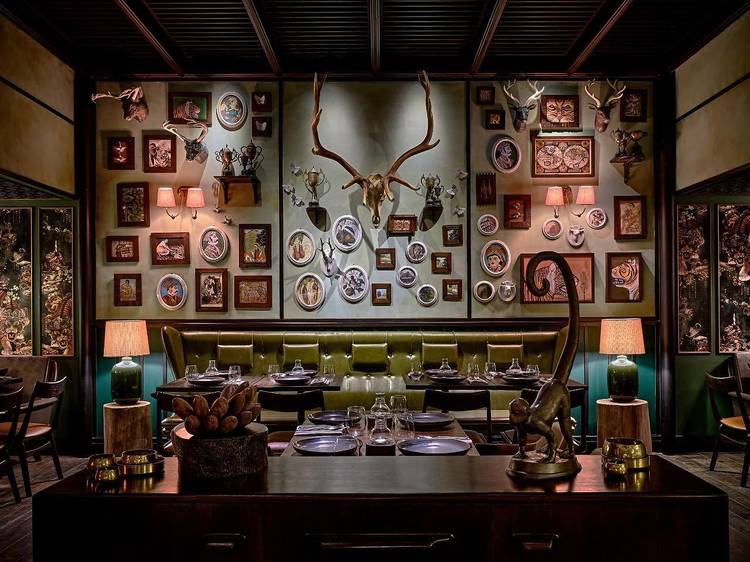 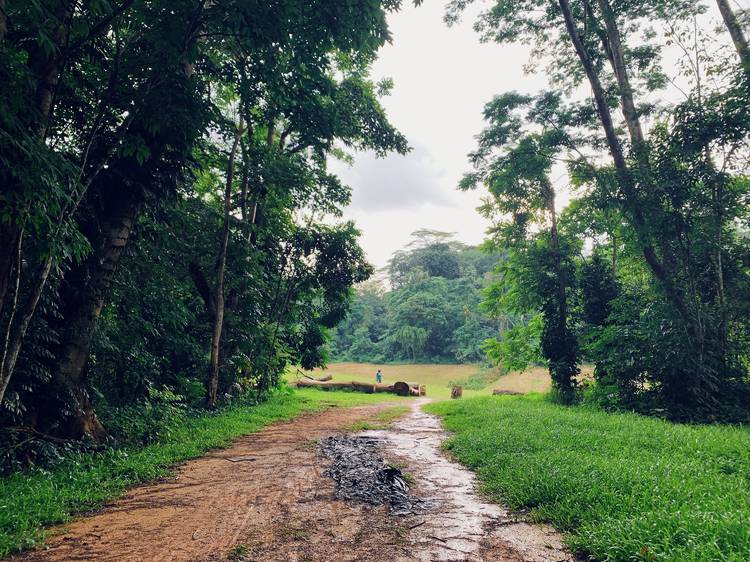 The best hiking trails and spots in Singapore