Through the lens of pop culture and mainstream media, the most visible narratives about LGBTQIA+ experiences can tend to be a touch reductive. “There is more to being queer than coming out and getting married,” says Maeve Marsden, the creator of Queerstories. Over the past five years – via multiple incarnations, more than 250 episodes and a book – the bite-sized podcast and event series has accumulated a national cult following by bucking the trend of cliched queerness.

From tales of friendships that have developed into romantic relationships and drifted back to platonic love, to transgender people telling pre-transition stories without grief, to someone discovering their identity as a “femme daddy” – Queerstories creates a platform to share experiences and life lessons by and for people who don’t live their lives to a prescribed narrative. Either directly or indirectly influenced by the storytellers’ own queer identity, each episode contains a single story, recounted live, about ten minutes in legnth. These tales come from regular everyday people, but there are also more well-known names who have taken the mic, such as Benjamin Law, Simon ‘Pauline Pantsdown’ Hunt and Jen Cloher. 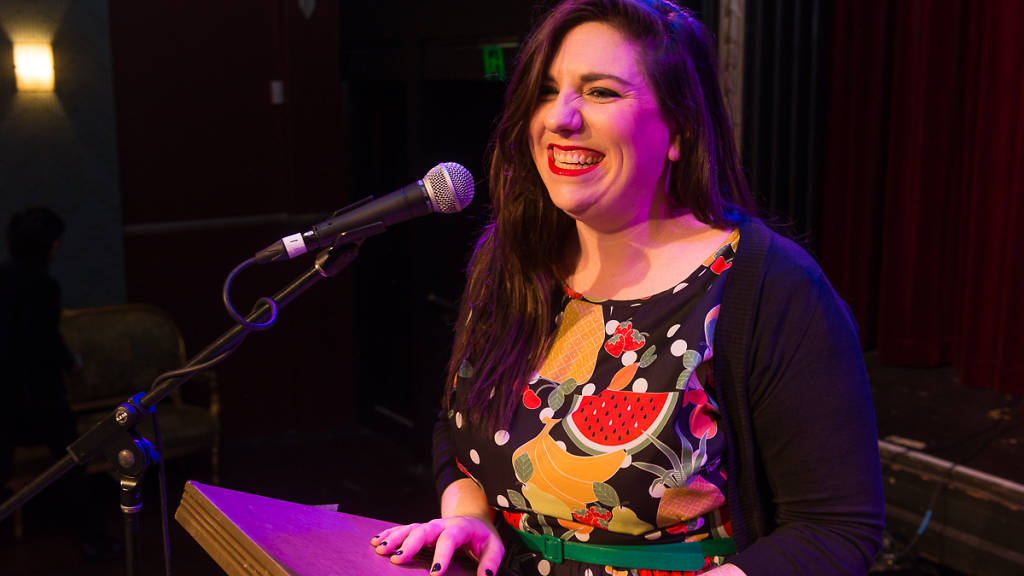 The podcast is typically recorded at live events, which started out in Sydney in 2015 before spreading nationally with special appearances at interstate and regional festivals. Queerstories’ spiritual home is the Giant Dwarf, where it is now a flagship event, but such is the following of this storytelling phenomenon that one of its first post-lockdown appearances will be at the Sydney Opera House for Antidote Festival.

“To me, it's always an art project before it's a community endeavour, even though the community benefits are obvious. It keeps the stories fresh, it keeps the writing really solid. As I move into the next phase of Queerstories, that's what I'm really interested in, the artistic potential of it,” Marsden says of her creation's success.

The podcast found its footing at a time when the fight for marriage equality was reaching fever pitch and the stories being told about queer people seemed to be increasingly santised or heteronormalised in the mainstream. Same-sex couples being given equal dignity to marry was of course a major win for the LGBTQIA+ community in Australia, but the debate on marriage equality also eclipsed many more nuanced or shaded conversations about what it means to live queerly in Australian today.

“Queerness isn't always about romantic love. It can be about queer family and choice of family, and community and friendship, and politics and all those other things.”

A couple of Maeve’s personal favourites include Cadence Bell’s ‘Small Talk’ (Episode 193) where a story about a mission to buy some weed in the time before she transitioned leads to kicking around a football with a kid with whom she finds an unlikely connection; and ‘The Pipe Masters’ by Bobuq Sayed (Episode 131), who found themselves stranded in Hawaii roaming with homeless veterans who’d fought in the Afghan War (in Bobuq’s home country) while the queer community who would supposedly support them, did not.

With her usual busy schedule touring the cabaret and festival circuit put on hiatus this year, Maeve has had more time than ever to reckon with the legacy of Queerstories, and where it can venture next. For the first time, she put out a call out for stories, whittling down over 150 submissions to just 24. Regular listeners can expect a change in tempo – the absence of a live audience being perhaps the most notable difference – with episodes becoming more curated with themed pairings.

“It's evolved because people are being so generous with their stories, and so willing to perform and to be incredibly vulnerable and open with what they share. So now it's beyond my idea of what it is, and the community owns it in a particular way that is both humbling and sometimes nerve wracking, but also really exciting,” says Maeve.

At Queerstories’ biggest event this year, Queerstories Comes Back Out, expect a powerful line-up – including Hollywood-via-Canberra actor Liv Hewson; choreographer, dancer and Kulalli and Bidjara man Leonard Mickelo; MasterChef’s Sarah Tiong; emerging writer, producer and director Cadance Bell; and award-winning poet Omar Sakr. This event is happening on Sunday, November 29 at 8pm as part of Antidote Festival at the Sydney Opera House. Standard tickets for the live event start at $33, book here, and livestream tickets can be purchased for $15 here.

You can find Queerstories on all good podcast apps, or check out the archive here.

Head out for a gay old time 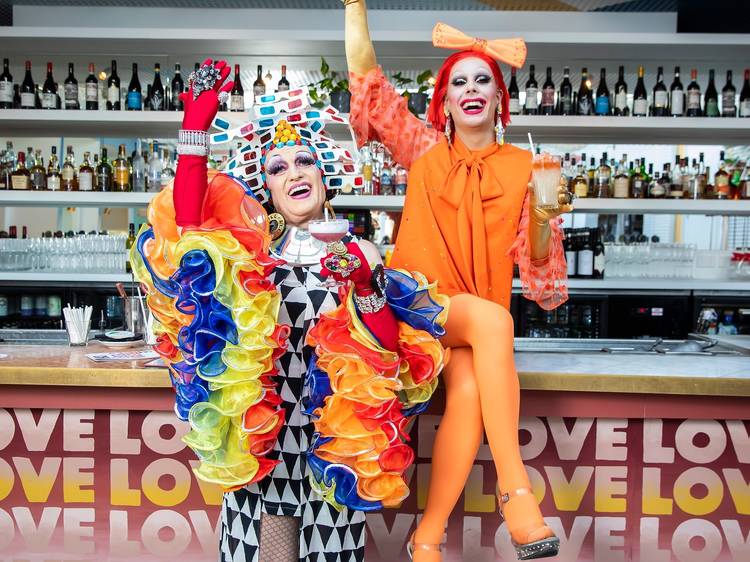 The best queer pubs and clubs in Sydney

From the historical drag palace to subterranean digs – we've got you covered. These places serve Sydney's LGBTQIA+ communities with open arms, providing safe spaces, thrilling parties and quiet beers with a side of queer most nights of the week.