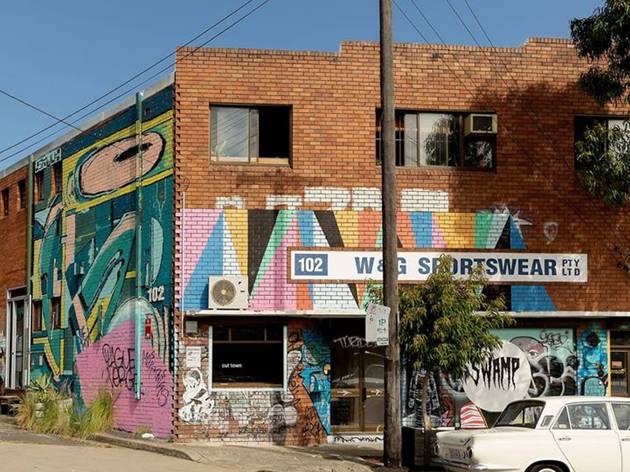 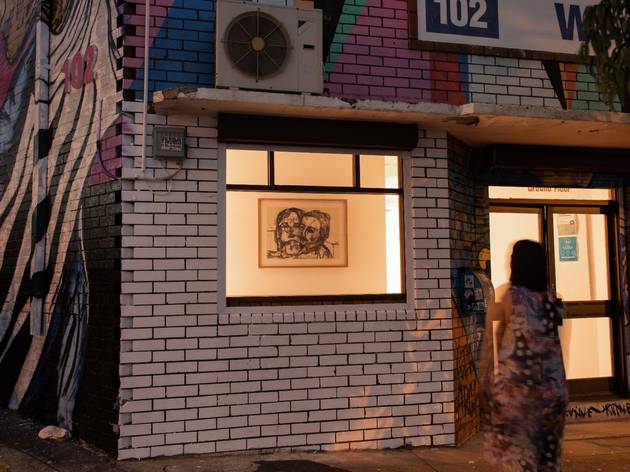 The thriving, artist-run creative hub that is warehouse space Join the Dots on Victoria Road is a stellar example of why Time Out named Marrickville one of the coolest suburbs in the world. With the joint housing a dozen studios, it’s home to some of the Inner West’s best artists. And now you can get a sneaky peek at what they’ve been up to without even setting foot in the graffitied brick building.

In response to the year that wasn’t and ongoing limitations about how many visitors they can allow inside, Join the Dots has given over one of their street-facing windows to create a brand new gallery space that will showcase the industrious work of its residents, while playing their part in driving the artistic recovery of Marrickville after a long dormancy.

It’s sure to become a highlight for art lovers, random dog walkers and passers-by alike, with its plethora of Instagram-ready opportunities. Funded by an Inner West Council grant, the exhibition will present a bunch of Join the Dots heroes, kicking off with the work of photography and video artist Saskia Wilson, running January 27-February 2, then changing hands every week until winding up with the ceramic sculpture, printmaking and painting-focused Billy Bain from March 17-23. In between you’ll be able to admire everything from watercolours to cyber-art, and even window-based live performance from inspiring creatives including Tierney and Bruckner, Ellen Formby, Thea Elder, Tara Burke and Lotte Alexis Smith.

“Join the Dots has been such an important place for nurturing artists over the years," says artist and curator Mie Nakazawa, who will also exhibit. "After what has been an incredibly difficult time for the arts, we’re excited to find new ways to support some of our long-time artists to safely exhibit their work and to remind passers-by that the arts community is still alive and thriving.”

Love art on the go? Here's a guide to the best street art in town.