My Account My Profile Sign out
My Account
Search
Worldwide South Pacific Australia Sydney ‘RuPaul’s Drag Race Down Under’ S1E1 recap: Not here to fuck spiders 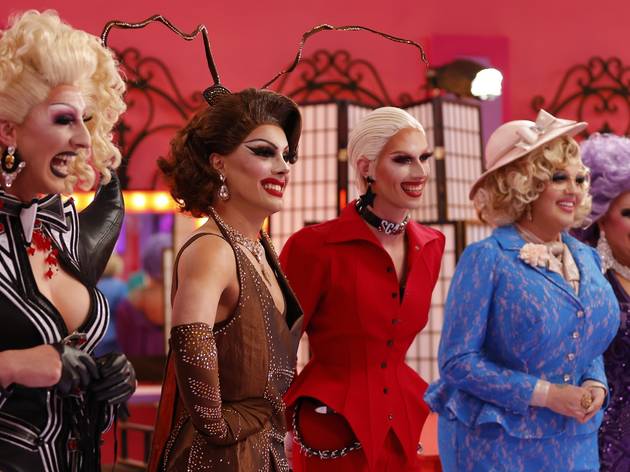 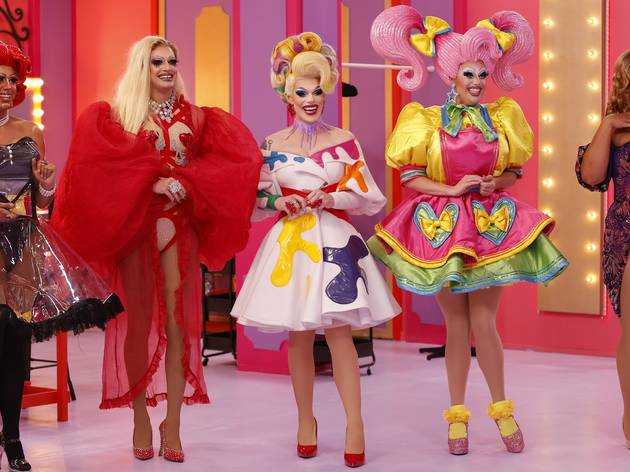 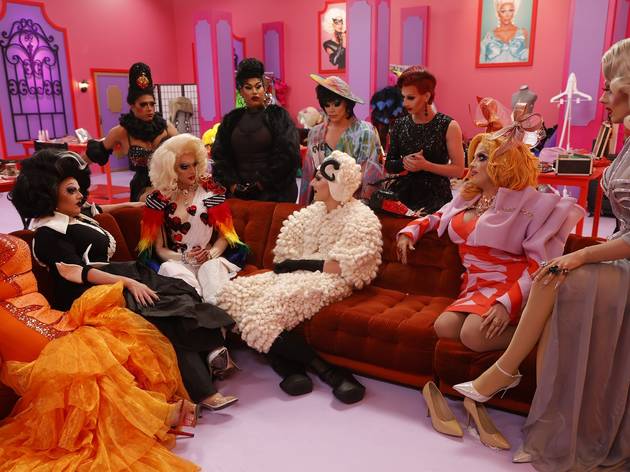 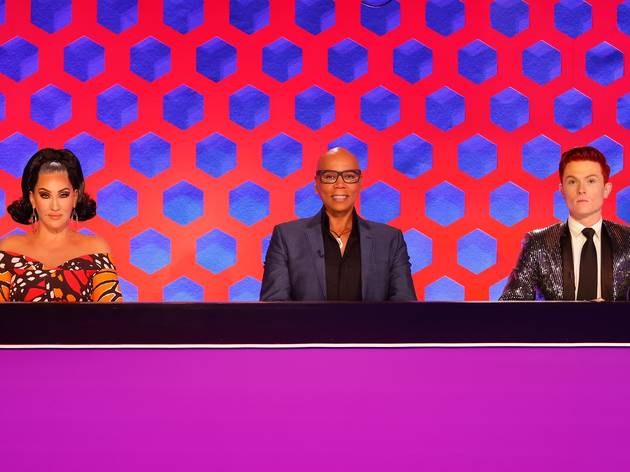 After many months of rumours and speculation, the first episode of RuPaul’s Drag Race Down Under has finally arrived. Buckle up for ten weeks of Antipodean drag realness as ten fabulous queens from Straya and En Zed battle it out for the crown. Within the first few minutes, we hear one queen call another a “cunt”, and RuPaul speaks greetings of “Kia ora” and “G’day, g’day, g’day” – *chef’s kiss*.

Straight off, the queens are ushered into an acting mini-challenge. Celebrity director, Kiwi and international heartthrob Taika Waititi is our guest judge for the bit set on dragtastic planet ‘Thar’ (lost chance for a THOT joke). There’s a feeling that Taika’s video-correspondence could be pre-recorded, but it’s delightful enough for us to pretend we don’t notice. You only have to look to the camp flavour of Thor: Ragnarok to know he has an eye for the draggier side. New Zealand’s Elektra Shock wins, her thirsty wig apparently no match for her ability to hurl out a blood curdling scream on cue. Maxi Shield’s character definitely deserves to be cast as the next Mad Max villain though.

A human fleshlight walks in

There are two runway themes: Born Naked, and No Place Like Home. It's hilarious to think how many people who have never watched Drag Race before were initiated with a nude illusion runway.

Scarlett Addams is the first down the runway, and she’s managed to disguise the blowout in her full-body silicone nude illusion catsuit so that the bright pink vulva, complete with a tuft of pubic hair and breastily bouncing boobies, are the eye-catching features. Ru is spot on when she refers to this look as a “human fleshlight”. It will be interesting to watch the journey of this Perth queen. Before the show dropped there were revelations of a history of racist performances involving blackface and yellowface. We’ll leave it to Indigenous drag queen Felicia Foxx’s Instagram Reel to go into the details.

Having seen Etcetera Etcetera performing on local stages, her artful ‘nonbinary finery’ naked runway concept is delightful. There are echoes of Bimini Bon Boulash’s high fashion acne look from the DRUK’s Season 2. Other trans and nonbinary performers have worked looks that combine the masculine and feminine, but here Etcetera portrays the messiness and imperfection of their own gender nonconforming experience with elements of gore and fallen synthetic implants (also rhinestones and ass, because drag). This is art.

Photograph: Supplied/Stan | A moment of recognition for the faboriginal Jojo Zaho, please.

Another absolute hit is Karen from Finance’s triple-layered kaftan to bikini to bejeweled nude body reveal. It’s feminine, but absolute caricature. Each layer is a fun revelation, down to the neon yellow pubes and tan lines – quintessential Aussie. When she follows it up with a hilarious tribute to a blotto Melbourne Cup spectator, complete with toilet paper stuck to her shoe, it’s hard to disagree when Ru declares her the winner of the week. That's a tidy $3000 tip from Adelaide’s Mary’s Poppin Bar.

The win could have just as easily gone to Art Simone. Like Karen, this Melbourne queen comes to the competition with big expectations on her shoulders. Her half-n-half look gave us a drag answer to Two Face and her hometown look took us from chic businesswoman in standard Melbourne black to the bright graffiti colours of Hosier Laneway.

Elektra Shock’s busy, confusing hometown presentation lands her in the bottom two along with Jojo Zaho, which is devastating, even if her looks weren’t as sharp as her one-liners (“I’d like to colonise their colons” will live on in the Drag Race consciousness). They lip sync to the Bee Gees’ ‘Tragedy’ – an Antipodean pop classic would have been better, heck, even some of Barnsey’s ‘Working Class Man’, but we digress, it's still a bop. Even Coco’s heartfelt backstage pep talk with Jojo doesn’t give her the oomph to out-do Elektra’s mid-air twirls and jump splits. Jojo is asked to sashay away. It’s sad to see her leave so soon, this queen is just great television. She came to the competition with a mission to share her experiences as a queer Indigenous Biripi Worimi person, and that she achieved.

Where the bloody hell do we go from here?

There’s an air of the much-needed freshness we felt when RuPaul’s Drag Race UK first dropped. After 13 seasons, plus five All Stars runs and multiple spin offs, the US version has come to demand a certain level of polish (and reported cases of queens sending themselves into debt to meet unattainable standards). The UK take was more rough and ready. That energy, mixed with a little ocker, is what we’re getting from DRDU. The production feels polished, however the pacing does feel a little rushed.

In the sneak peek of next week’s episode, we learn that Snatch Game will be the main challenge. It's usually placed much further into the season. It’s exciting that we’ll get to see so many queens show us their celebrity impressions, but we haven’t had much time to get to know their own humour. Regardless, we’re positively excited to see something noice, different, unusual.

RuPaul’s Drag Race Down Under streams on Stan every Saturday from 4pm AEST.

Get to know the locals 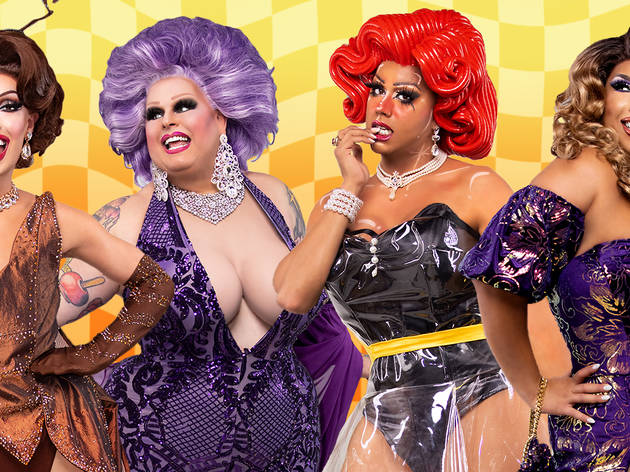 From across the border comes another crop of Aussie queens coming to the tele. 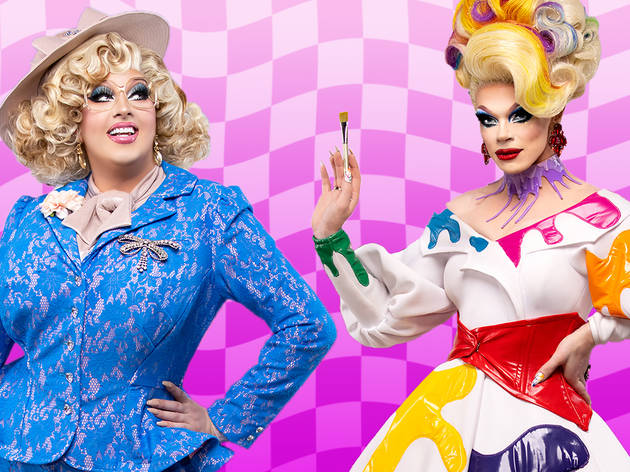 Interstate sisters Art Simone and Karen from Finance are also joining the race, find out more about them.