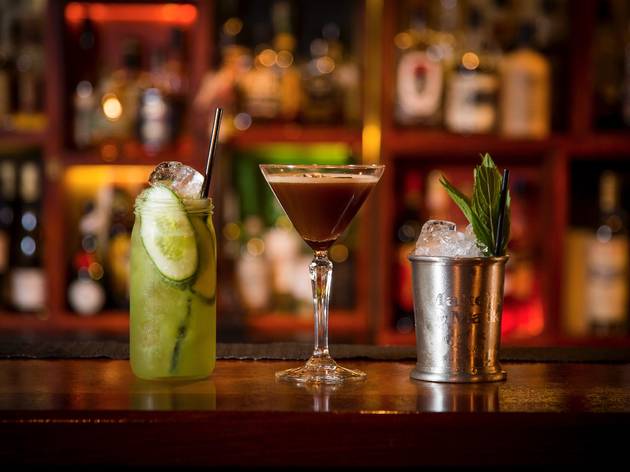 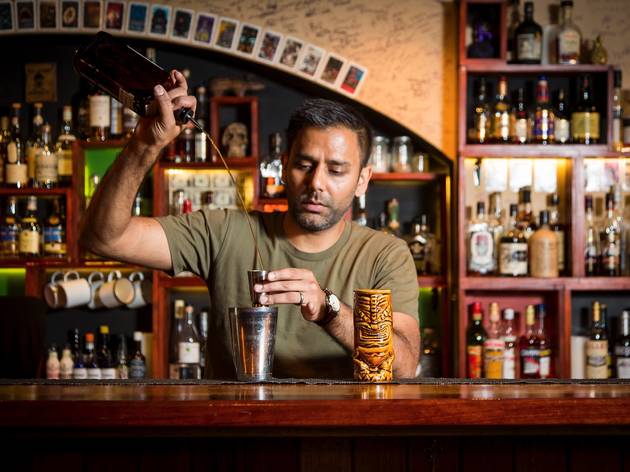 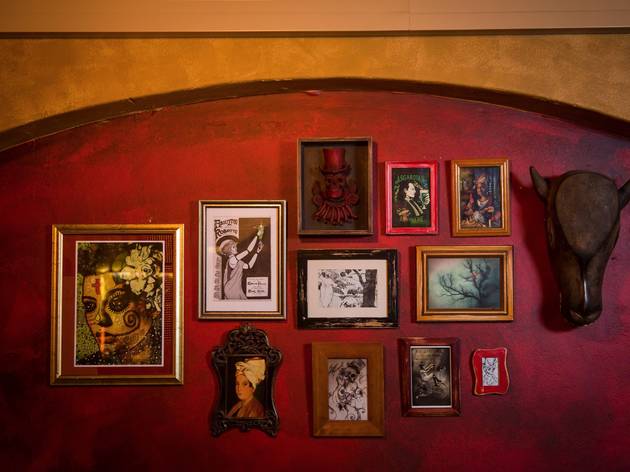 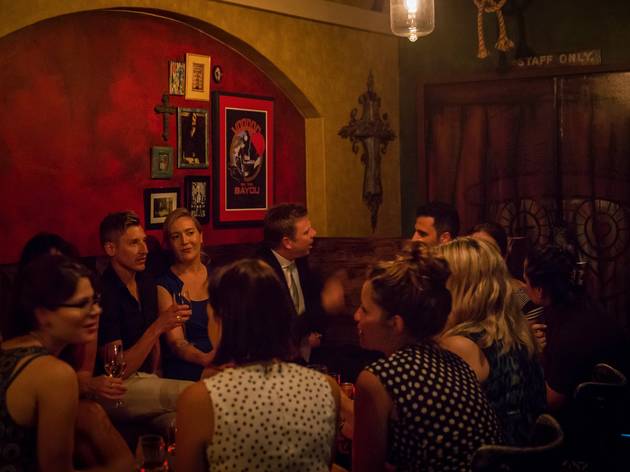 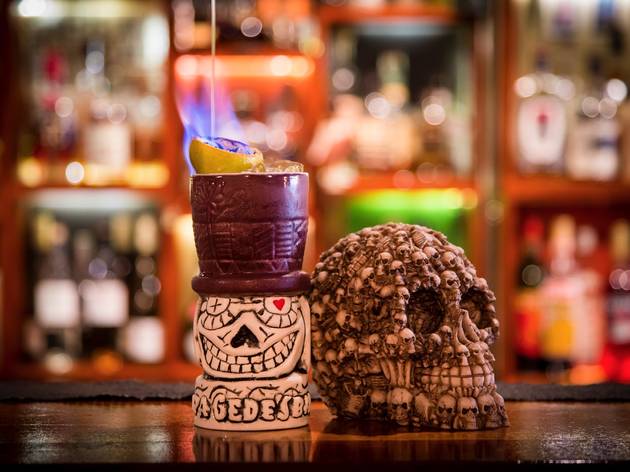 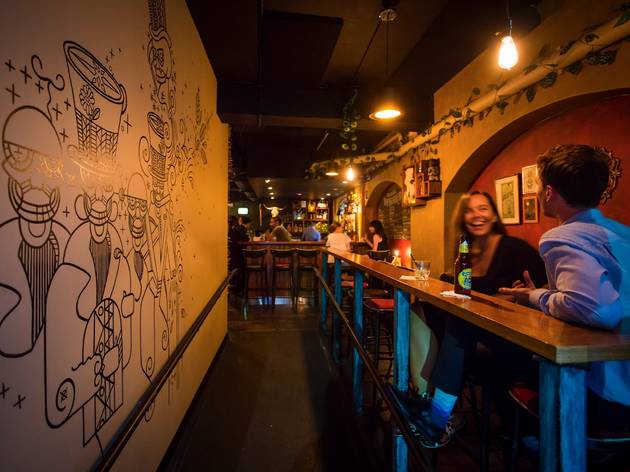 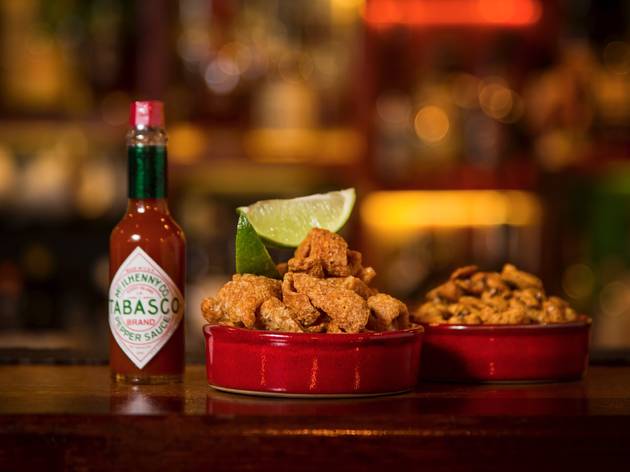 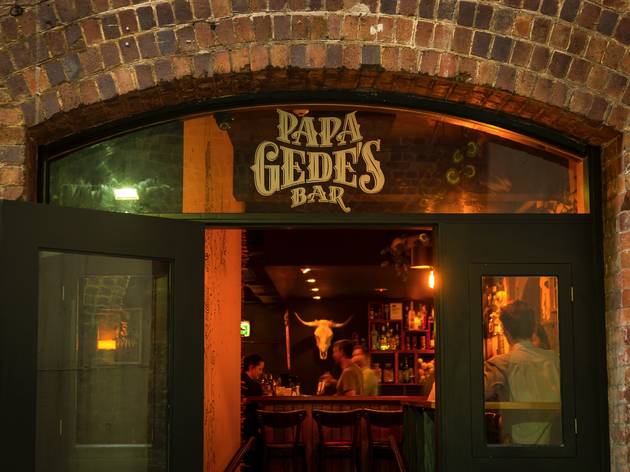 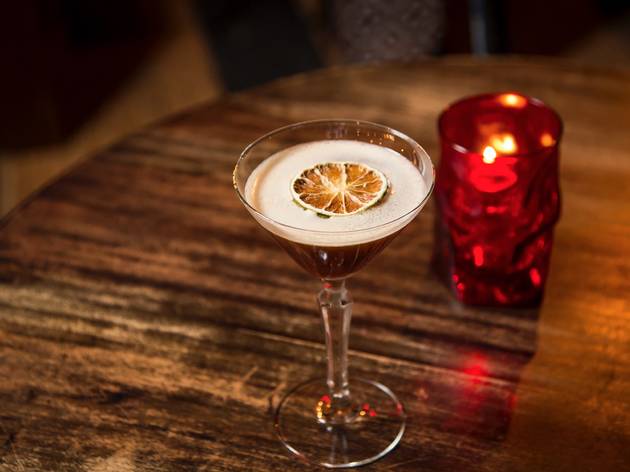 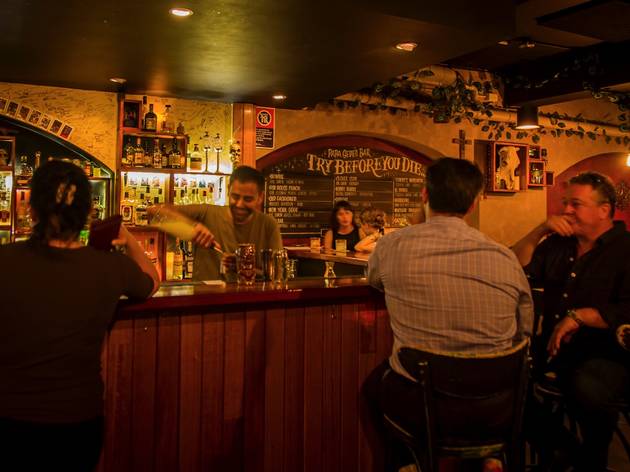 They’re not afraid to serve the Bitter Truth at Sydney’s hidden voodoo bar, and that’s because it’s an excellent cocktail, and not your friend telling you how badly you disgraced yourself the night before. A bracingly sour mix of lime juice, Averna and tiki bitters is balanced by sloe gin, and it’ll soothe ruffled feathers and stop a shame spiral in its tracks.

Want something gutsier to fortify your spirit? Old Fashioneds and barrel-aged cocktails might be a dime a dozen in Sydney, but the fig and walnut version they serve at Papa Gede’s is the one we want to drink most. It’s rich, mysterious and pricks at your childhood nostalgia with a flavour reminiscent of squashed fly biscuits.

You’d be hard pressed to find a crew of friendlier or more welcoming bar peeps than the team here. Good chat, solid guidance, and their pro-dog agenda gets major bonus points. Not only does part-owner Josh Ng bring his rescue staffie Bella in on Thursday and Friday nights, but regulars also bring their faithful hounds for hang times.

Their dog-friendly status is because they don’t serve hot food, but salty snacks come in the form of cheeses and meats, and crunchy things like pretzels and pork crackling that they jazz up with a squeeze of fresh lime juice and some Tabasco to get you ready for round two.

Forget clean eating and try clean drinking with the Summer Saint, a virtuous mix of pear and cucumber juice, a mint and thyme syrup and vodka. It produces that same smug feeling you get when you have a bowl of local farmers’ markets produce in your house.

If you need encouragement to head out on a Monday, they do monthly spirit tastings, which are amazing value at $25 for six samples, and they also host some kickass comedy action each month that sees the laneway bar full to bursting.

Papa Gede’s somehow managed to create a neighbourhood bar vibe in the very heart of the city. It could’ve been black magic, but we’re betting the good juju at this bar stems from a nice crew making ace drinks.