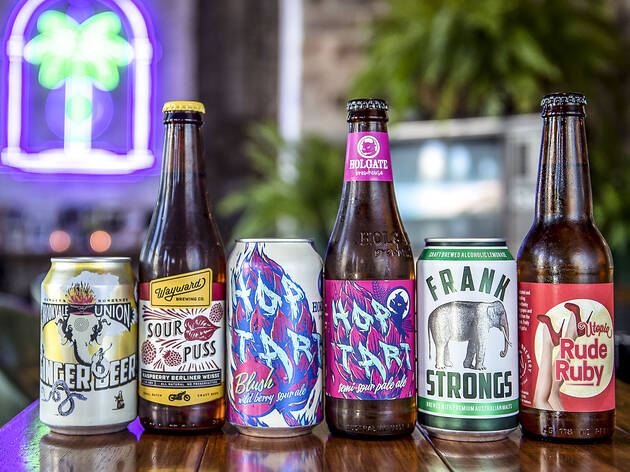 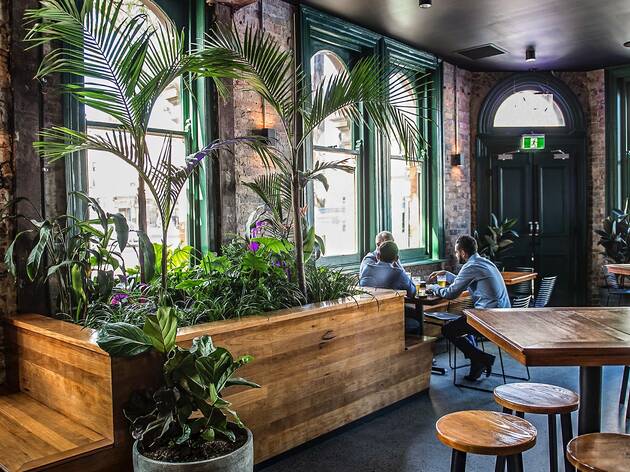 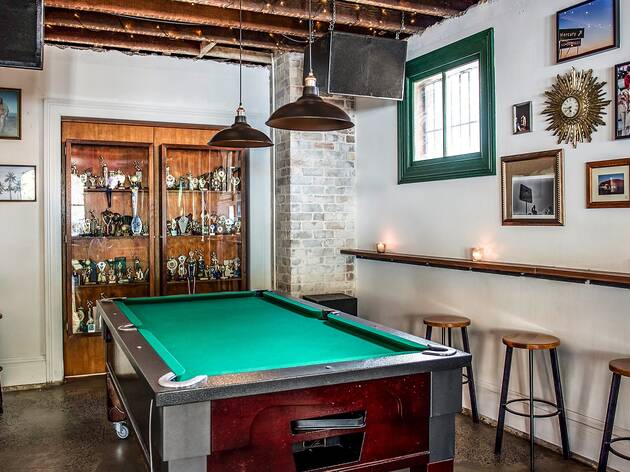 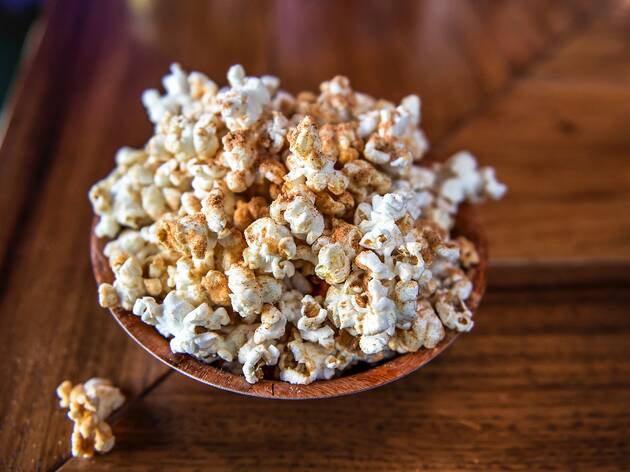 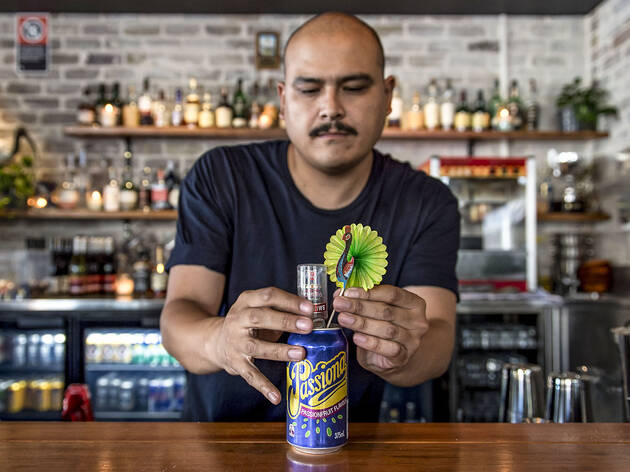 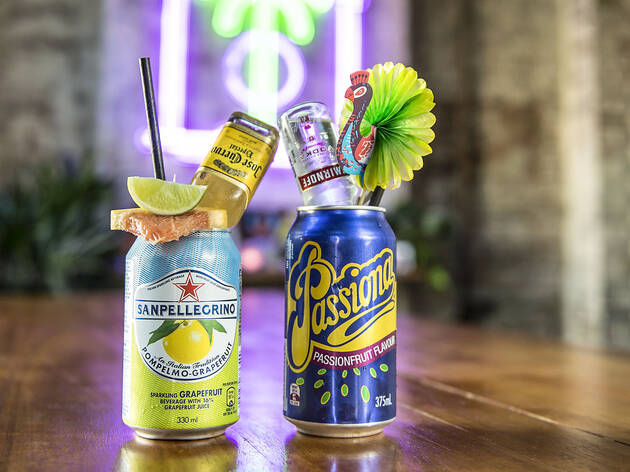 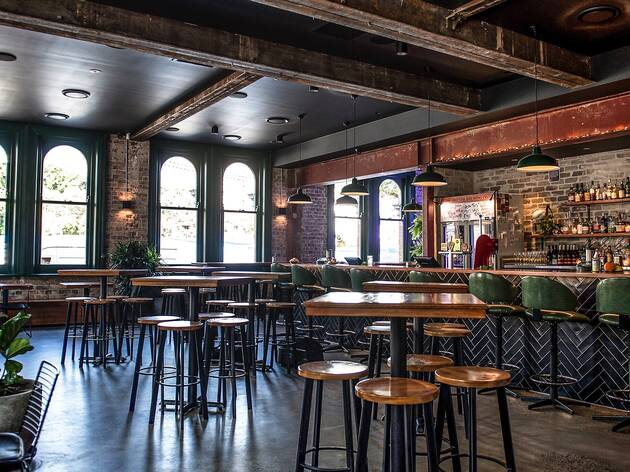 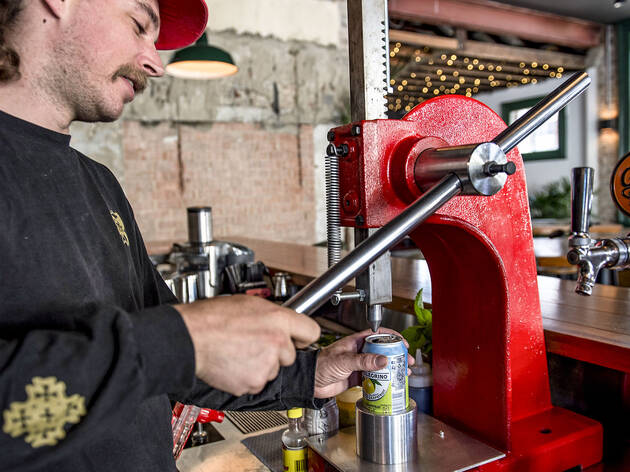 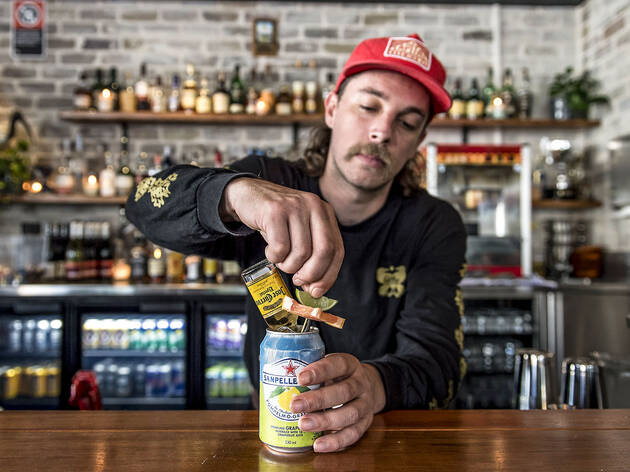 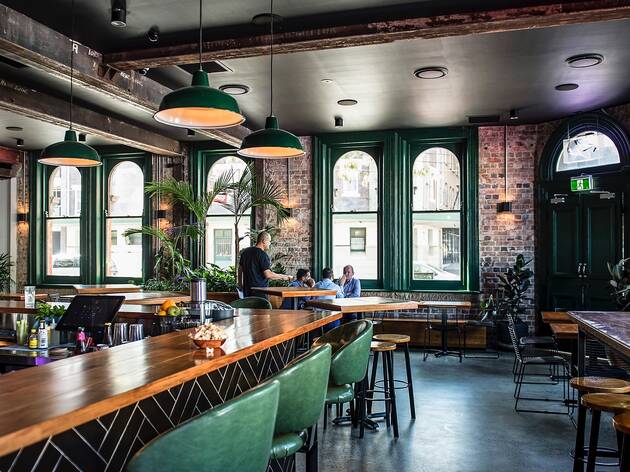 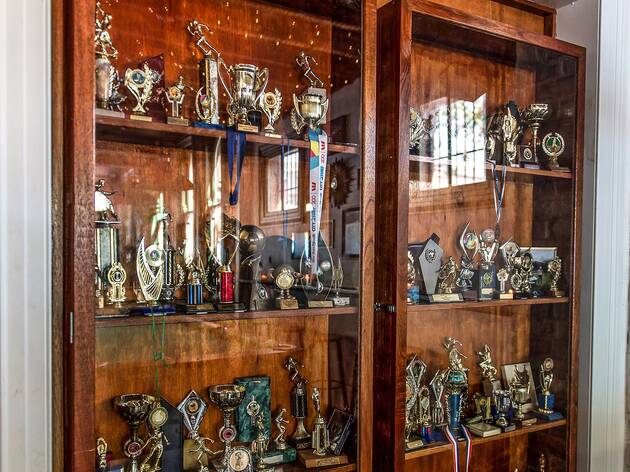 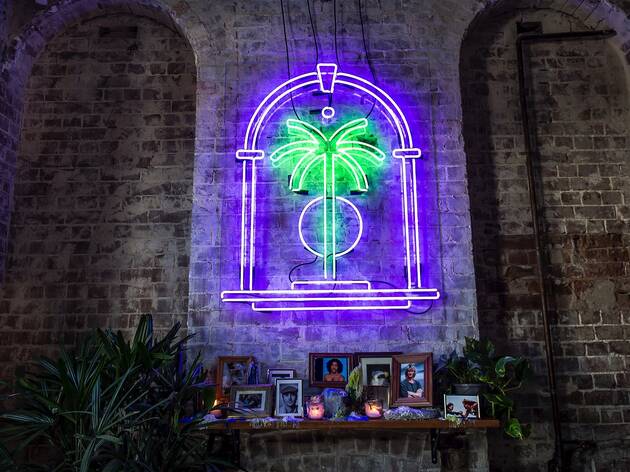 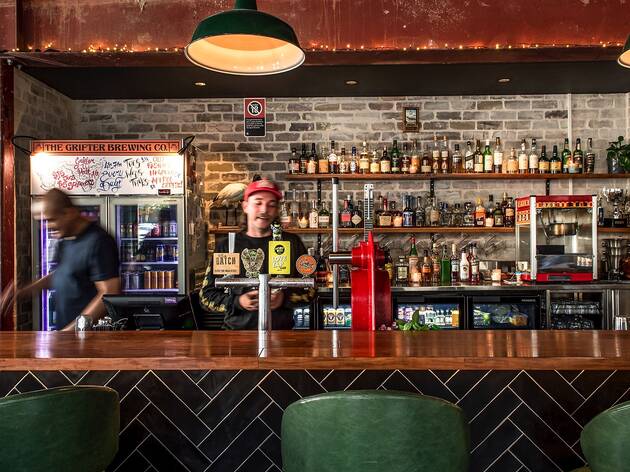 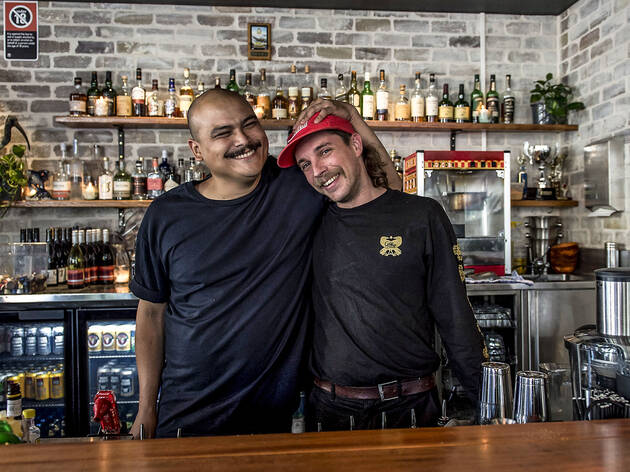 It’s nowhere near the sea, but the people are still firmly in favour of this Redfern clubhouse

You’d think you’d know what to expect from a bar that sells cocktails in cans of soft drink. You’d be forgiven for writing off this purple neon-loving, fern flaunting spot in Redfern as a high GI, cheap-thrills kind of place. Don’t get us wrong, a can of Passiona topped up with passionfruit pulp, and vodka (plain and vanilla) is the very definition of bar hijinks designed to appeal to crowds of uni students, but there’s more heart to this venue in Redfern than its colourful, irreverent drinks list lets on.

It’s in the welcome, which is warm, genuine and chatty in a ‘mi casa es su casa’ kind of way. There are follow-up questions to ‘how’s your day?’ and if it’s quiet, genuine conversation may follow from your friendly barstaff. At the very least they will take the time to guide your choices from the new pop-up kitchen run by the same crew as Bar Ume, only this time it’s Mexican-Japanese on the menu. They’re making two donburi bowls, but with Tex-Mex-style toppings like sour cream, lettuce, salsa and beef mince. Tacos also get a remix, with the addition of umami seasoning and seaweed. But we are steered towards the nachos. They’re no oil painting, but there’s something innately satisfying about the blue corn chips topped with cheese, salsa, beef, beans and sour cream mayo, sprinkled with a confetti of nori filaments.

The playlist is crammed with reliably good times from ten years ago: Bloc Party, Arctic Monkeys, Kings of Leon, and Franz Ferdinand. Over the fireplace beneath the neon glow of a palm tree sign are framed photos of Hasselhoff, Swayze and Prince. In a glass cabinet by the pool table there’s a collection of trophies from local soccer clubs and ballroom dancing comps. It all adds up to a catch-all sense of nostalgia, like a John Hughes-for-millennials filter for the whole bar, which is oddly comforting.

There are lots of nice surprises on the drinks front, which puts real effort into craft beer offering, and is classy enough to have the likes of a juicy Ngeringa pet-nat casually slung on the wine list by the glass. NBD. If you’re going to smash some beers at a neighbourhood bar like this, it’s gratifying that you get to choose between a Grifter pale and a Yulli’s farmhouse ale as your entry level brews on tap, or get a bit fruity with the Serpents Kiss, which is a watermelon pilsner from Grifter. In the fridges, it’s an all-star line-up of local beers from Young Henrys, Akasha, Holgate, Balter, Wayward and Nomad.

It would have been all too easy for the bar inside the old fast food outlet on the corner of Botany and Henderson Roads to rest on the easy drawcard of cocktails in cans, but underneath the shiny Insta bait there’s thought and care put into this local club house. For many inner Sydneysiders, those black-and-white surf films on the TV in the corner are as close as they get to a longboard and coloured zinc, so this surf club suits them to a T.