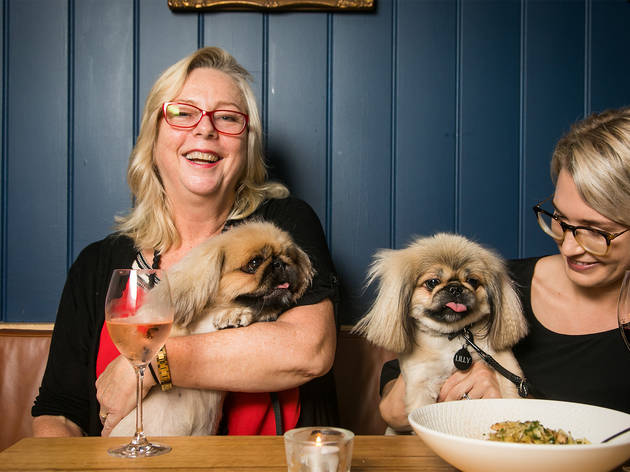 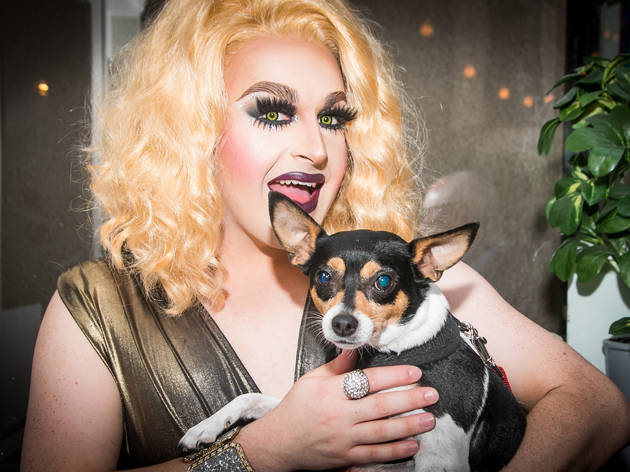 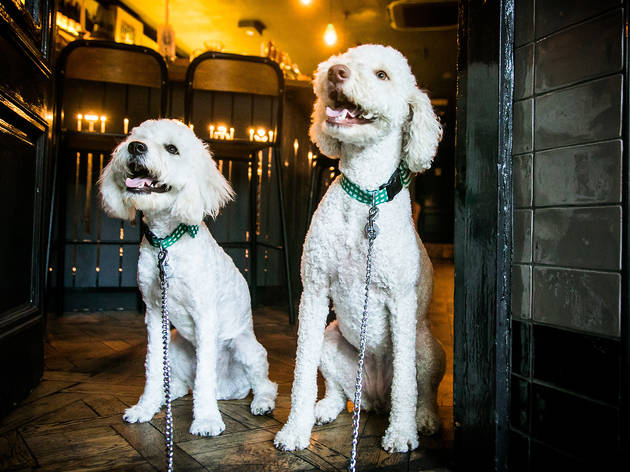 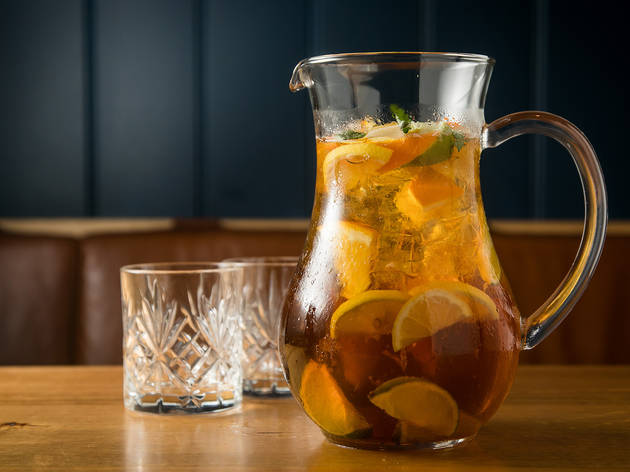 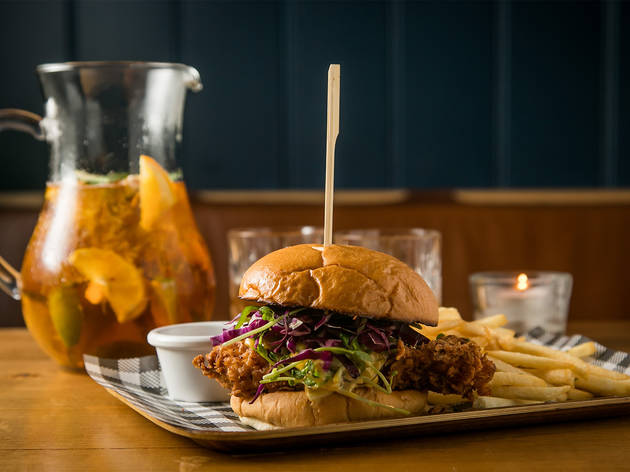 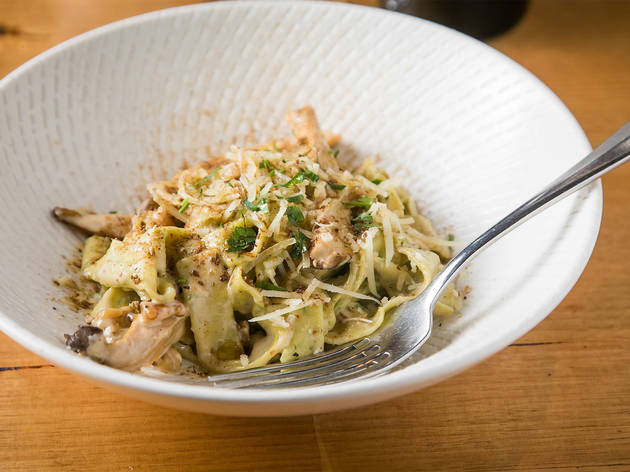 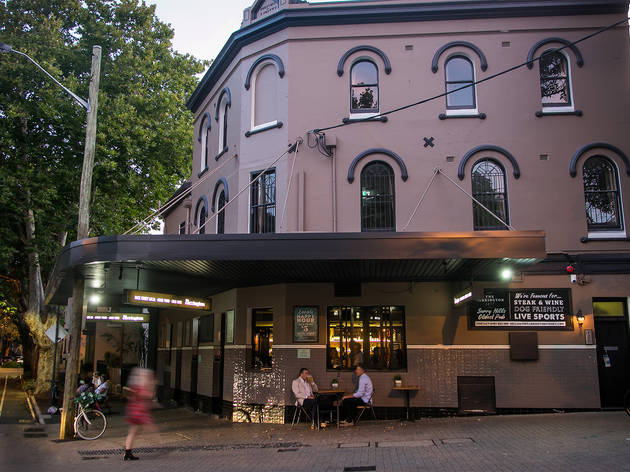 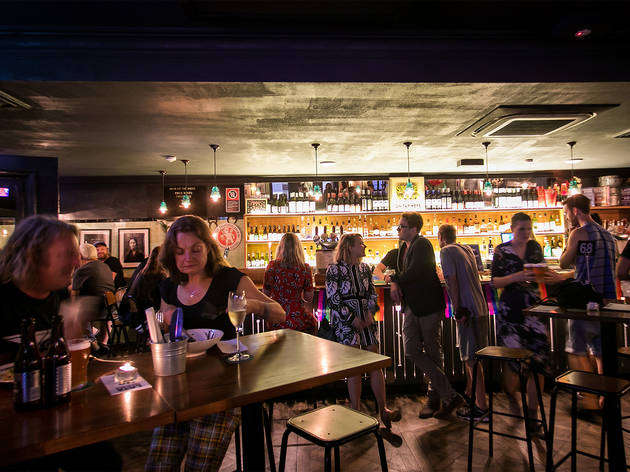 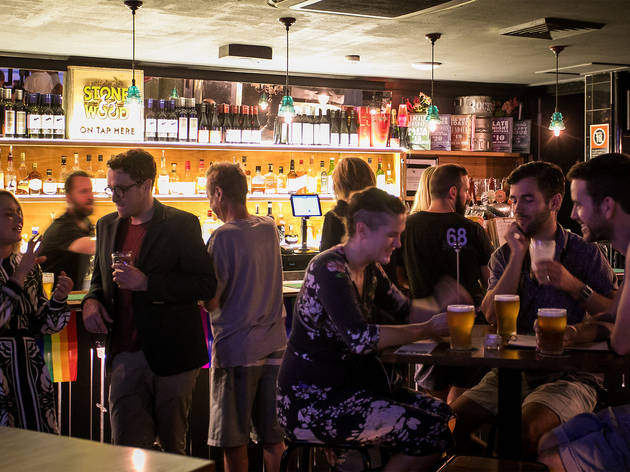 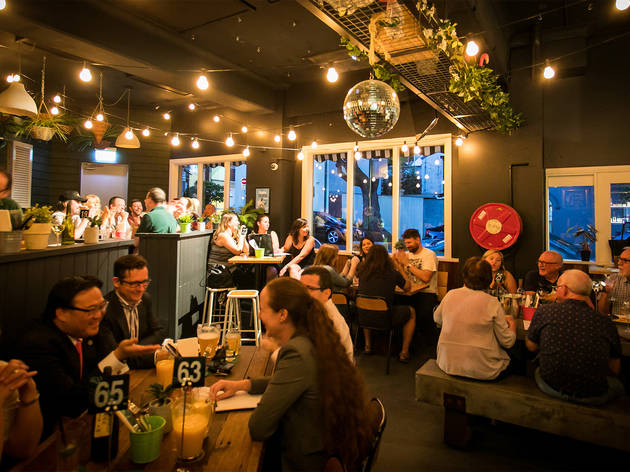 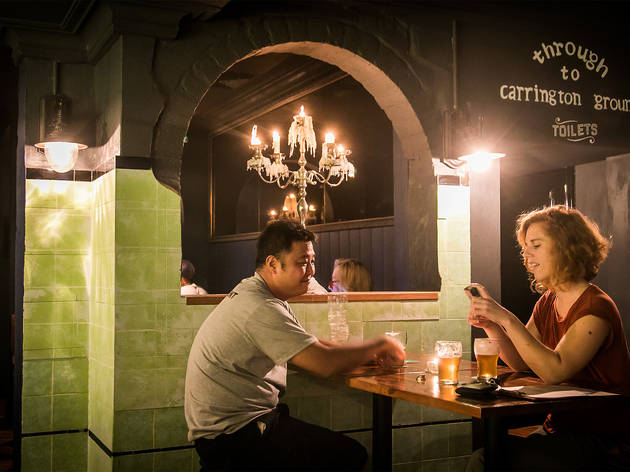 It’d be a rare occurrence to find yourself at this Bourke Street pub not in the company of at least one floof, pupper or doggo. This pub doesn’t just have a dog-friendly policy, they actively encourage you to pop in even if you’ve only got your pet for company – you only need six bucks to buy a dog bowl of meat and veg, or canine-suitable ‘beef tartare’. If you don’t have a dog but do have a child under 12, there’s the option of a ten-dollar cheeseburger or schnitzel, and for fully grown humans after a bargain, they rock a $12 lunch menu Monday through Friday.

But why limit yourself to an everyday rump when you can graduate to dining classes with their steak menu that has a tenderloin steak Diane and a petite filet mignon? They also have classics up on a specials board that rotates with the seasons. If there is a pie, order it. We know some people have strong feelings about pot pies versus pies entirely encased in pastry, but this is a one-pot winter warmer that’s leading the pack. On our visit it’s a beef and Guinness number that is filled with meltingly soft beef, tender carrots, chunks of celery and sweet, slippery onions in a rosemary-spiked gravy. It comes in a wide shallow dish so you have plenty bronzed pastry lid to go with the filling.

The tap beer list isn’t anything to write home about – this is an easy refreshment line-up of brews like James Squire One Fifty Lashes pale ale, Super Dry, Little Creatures and 5 Seeds cider, plus Rocks Brewing Co’s lager and Stone and Wood’s sessionable Pacific ale for something a little bit fruitier. Want a beer that’s letting the hops off the leash? In the fridges are Feral’s Hop Hog and Karma Citra brews.

Surry Hills has a lot of pubs on the roster so it pays to be kind to your locals, which is why they have a locals happy hour, badge draw and a Monday special that costs residents of the 2010 only $15 for a bowl of pasta and a glass of pinot. Add that to regular sports screenings for footy fans and an Instagram account with a dog-game that's on point, and you have a pub that wants to make a regular out of you and your four-legged bestie.