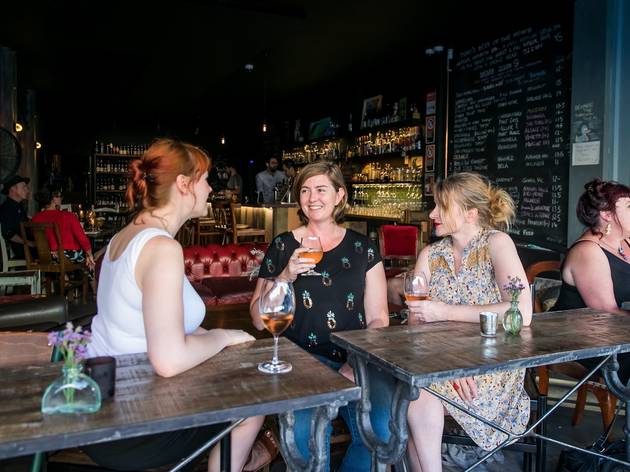 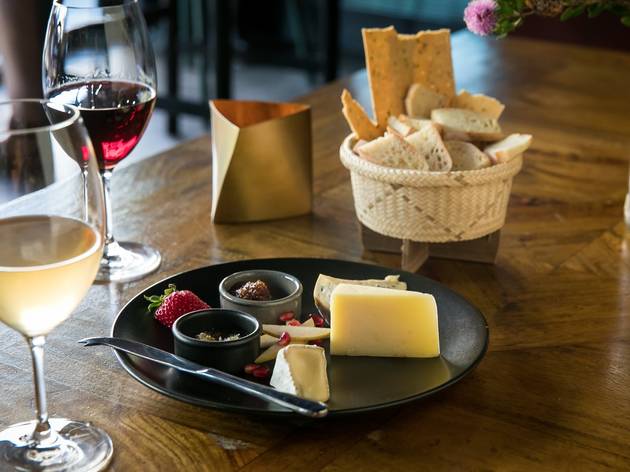 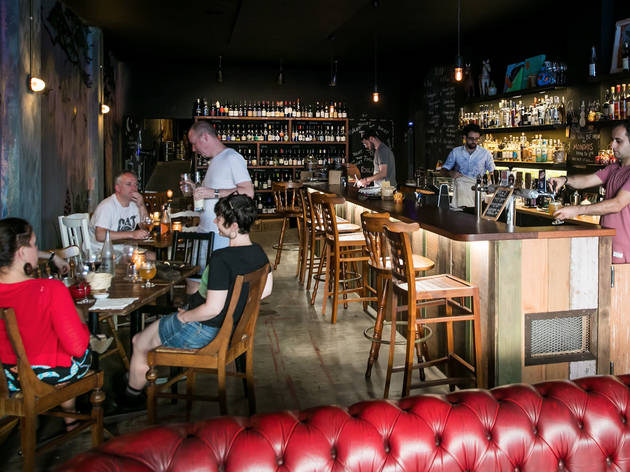 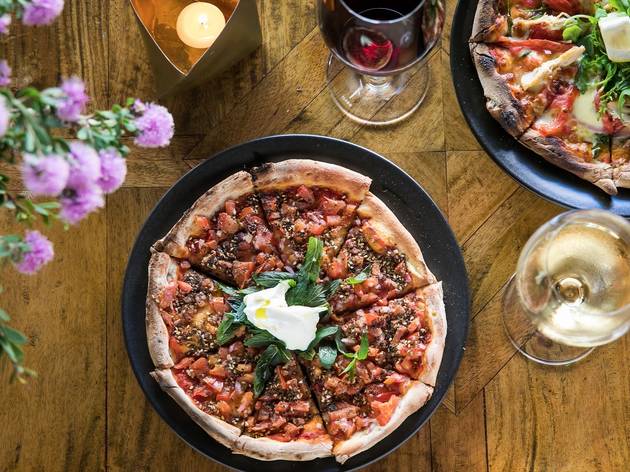 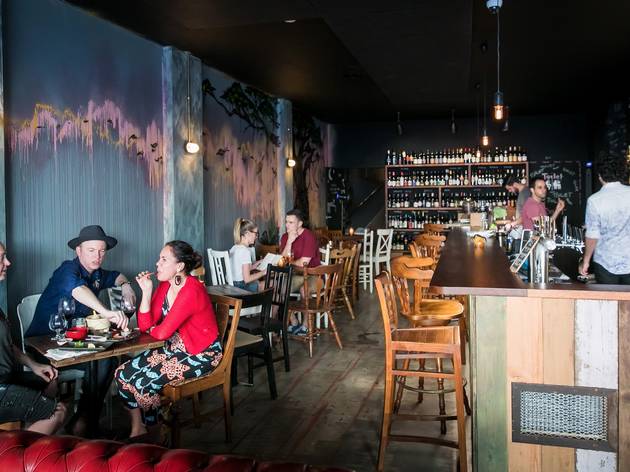 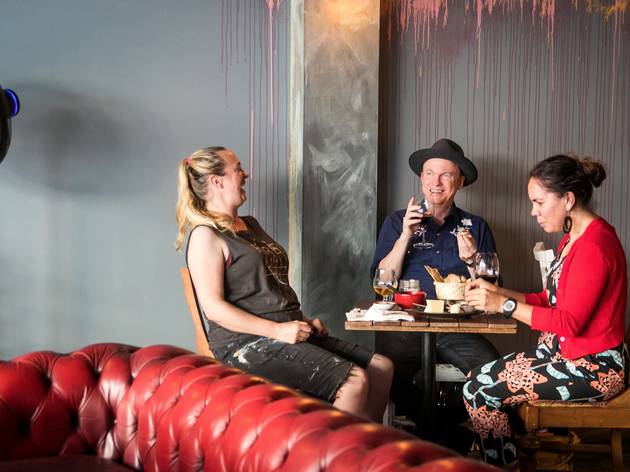 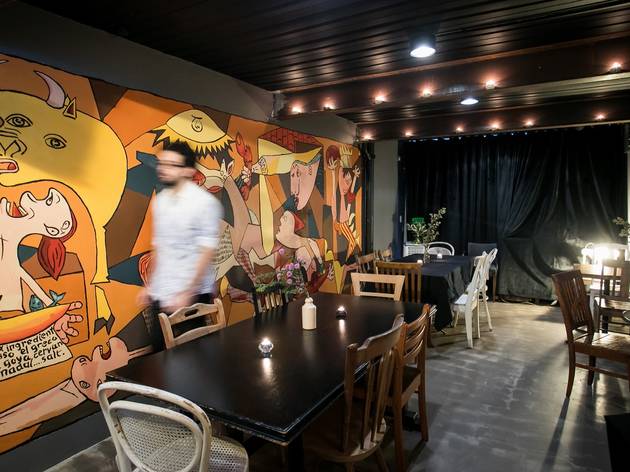 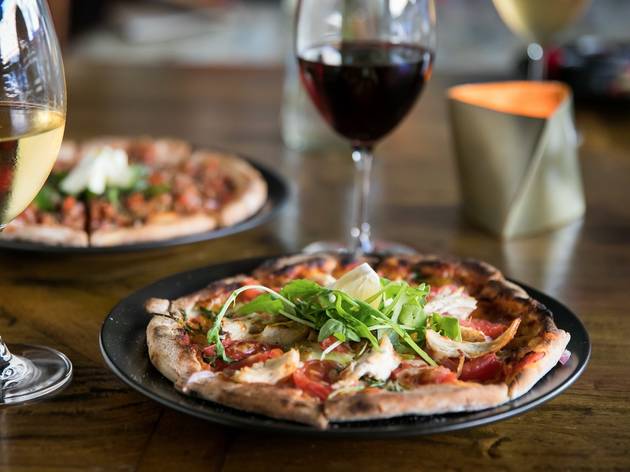 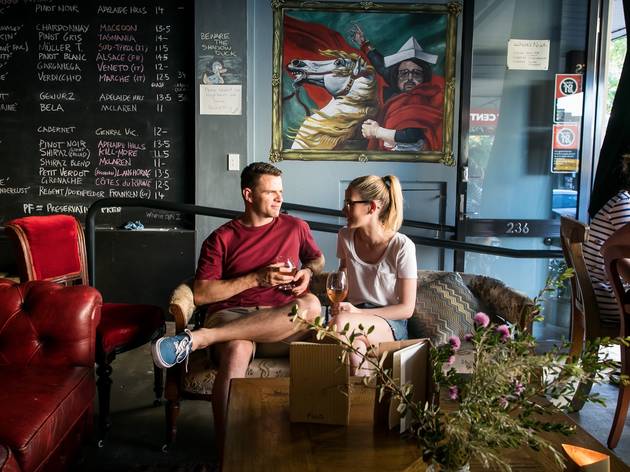 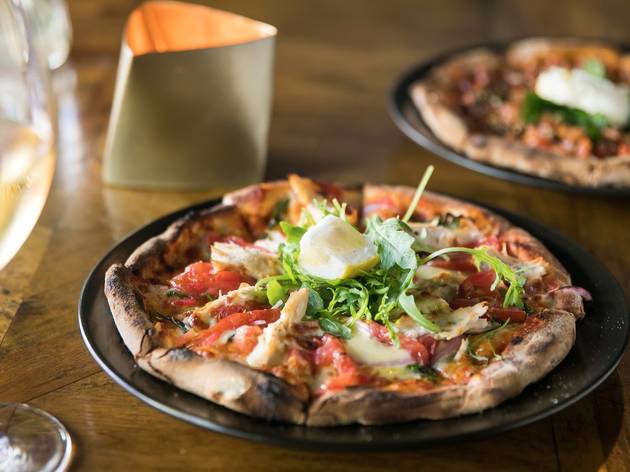 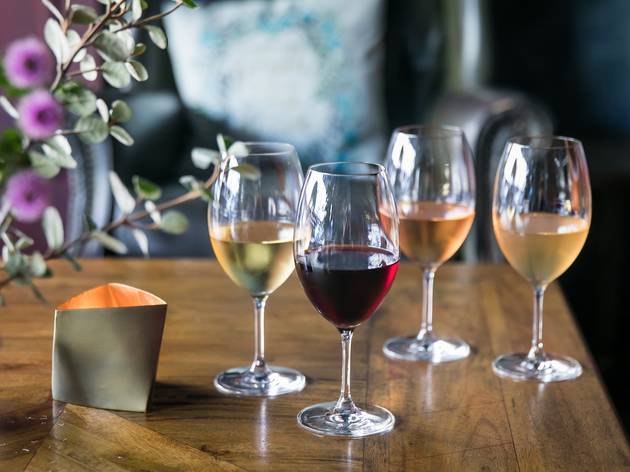 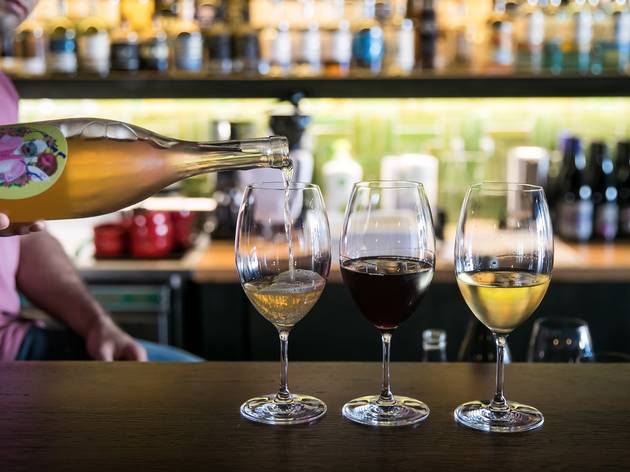 Marrickville’s first and only wine bar is the intimate, inviting and easygoing hangout every suburb hopes for

Every now and then, a bar comes along so righteously in tune with its neighbourhood that you wonder how locals ever functioned without it. Where’s Nick is one such watering hole, housed in an unassuming open shopfront on a buzzy strip of Marrickville Road that, despite the lingering signage, is clearly no longer Marrickville Quality Cakes. Picture what Central Perk would look like if Friends were a sitcom about woke millennial sharehousers in the Inner West, and you’ve pretty much got the idea.

There might not be a straight-up sauv blanc or pinot gris on the ever-changing chalkboard of wines by the glass, but don’t panic. You will find that a chalice of txakoli from the Basque Country more than fits the bill for something dry and acid-driven, while an obscure fragrant Italian garganega might satisfy even the staunchest of grigio fans. Yes, this is a place that showcases the natural and avant garde, but brothers and co-owners Julian and Dominic Abouzeid aren’t on a mission to push you out of your comfort zone. Julian served as the head buyer at respected CBD bottle-o the Oak Barrel for five years, so pleasing all palates and pockets is something he knows how to do.

Take the wine list’s opening manifesto, which does an eloquent hatchet job on great wines too often being expensive and exclusive. “We believe that everyone should have the chance to discover these wines,” it reads, “and we list them at a lower cost accordingly.” One flick through the pages that follow proves that to be true, with plenty of joy for less than $65 – a critically endangered species on the Sydney wine-bar circuit these days. A mere 50 bucks scores you a bottle of the Other Right’s juicy and dangerously drinkable Unfurl shiraz from the Adelaide Hills – a steal when you know it retails for $32 not far away.

That’s not to say you can’t go all-in on a rare and racy zibibbo from Sicilian visionary Gabrio Bini that spends 19 months (!) on skins, but even still, nothing stretches far beyond $150, and the markups are remarkably slim. These guys want you to drink well, more than anything else, and it’s that endearing and egalitarian spirit – so often missing in wine world – that makes what they’ve created so easy to fall head over heels for. Pop in, grab a seat on the well-loved Chesterfield lounge, and it’s pretty much a guarantee that a glass will become a bottle, minutes will turn to hours, and all will feel right in the world. And as for Nick – we’re still not sure where he is, but he is really missing out.