Pirouette into the Australian Ballet's 2021 season

When I first spoke to the new artistic director of the Australian Ballet, David Hallberg, the world was in a very different place. It was the start of March, and we were yet to grasp the enormity of what lay ahead in 2020. The alumnus of the Bolshoi Ballet in Moscow and London’s Royal Ballet was looking forward to a year-long swansong of performances in his hometown of New York before jetting over to Melbourne to take up the reins of the prestigious dance company from 20-year incumbent David McAllister.

New York was hit hard in the early days of the Great Undoing, but Hallberg is an optimistic guy. “I’ve learned to roll with the punches. I was supposed to have a full year of dancing and do a lot of farewell performances. And all that, of course, didn’t happen, but I’ve learned to stay flexible.”

He emerged from quarantine two days before we chat, but it wasn’t much of a time out. “I worked my ass off,” he chuckles. Then it was down to business. The 2021 season kicks off in the Victorian capital he now calls home with a stadium gig Summertime at the Ballet, at Margaret Court Arena. A first for the company, I suggest it’s announcing himself a bit like a rock star. “Oh my God,” he laughs. “Well, I won’t be front and centre, the dancers will be. But I think we always have to find interesting ways to present the work.”

Summertime fields excerpts from various hits including Lucas Jervies’ Spartacus, George Balanchine’s Pas de Deux and Themes and Variations, and Ronald Hynd’s The Merry Widow. “There are no sets or scene changes,” Hallberg says. “It’s the dancers, great repertoire and the orchestra. That’s such an amazing way to boil everything down and show the talent.”

"I have huge ambitions for the company, and for audiences here in Australia"

The Sydney Opera House gets its first taste of his new vision in April with a little slice of home in triple bill New York Dialects (Melbourne season in June). Two classic movements from the late great Balanchine – ‘Serenade’ and ‘The Four Temperaments’ – will spring into action alongside new work from contemporary American choreographer Pam Tanowitz. “Pam is someone I’ve known for a decade, she’s in a moment right now where she’s creating all over the world, and it’s time to bring her down,” he says. “My overarching goal is to bring in repertoire that audiences maybe haven’t experienced. To commission artists in their creative flow, around the world and in Australia.”

Next up, Counterpointe fuses tradition with ground-breaking choreography, pairing Act III of Marius Petipa’s ‘Raymonda’ and William Forsythe’s ‘Artifact Suite’. “Raymonda is like formality and classicism at its peak, very demanding for the dancers, very gorgeous in a kind of Hungarian style. And then we’ve got Artifact which Australia has never seen. It’s one of Forsythe’s most seminal works and it’s colossal, with tonnes of dancers on stage, really powerful and very in your face.”

Melbourne gets a new take on Tolstoy classic Anna Karenina, in a co-production with Chicago’s Joffrey Ballet as led by Russian superstar and former Bolshoi dancer Yuri Possokhov. “Yuri does story ballet really well. And for a Russian to take on very famous Russian novel… I mean, I’m not a nationalist at all, but it’s not a cliché when people talk about the Russian soul.”

Next up, another classic gets an outing in both cities (Melbourne in August, Sydney in November) in John Cranko’s Romeo and Juliet,  premiered by the Australian Ballet in 1974 and not performed by them since 2003. “Some things are just so powerful that they have to be seen again and again,” Hallberg says. “The emotion has to come through with a story like that. Not only love, but rage and deceit too, and that’s something Shakespeare was just so brilliant at.”

The season wraps with the slapstick fun of Marius Petipa’s Harlequinade, revitalised by Alexei Ratmansky. Melbourne is up first in September, with Sydney opening in November. “It panders to the audience in a really fun way,” Hallberg says. “It’s a great way to finish the season because it’s family-friendly, a very light-hearted work, and Sydney will see it during Christmas time.”

Laughing at his own cliché, he insists there really is something for everyone in his first flourish for the company. “I really believe in the talent here and I want to just surge them with repertoire, experience and freedom to be the artists they are and can be. If I may be American, I have huge ambitions for the company, and for audiences here in Australia.”

He’s keen to get to know institutions like Sydney Dance Company and Chunky Move better too. “I can’t wait to become a viewer as well, seeing what’s being created in this country. What stimulates me isn’t just the fact that I’m curating work for the Australian Ballet. I want to see what’s happening elsewhere. I want to be an avid looker, worker, supporter and fan.”

Here's what the Australian Ballet has in store for next year 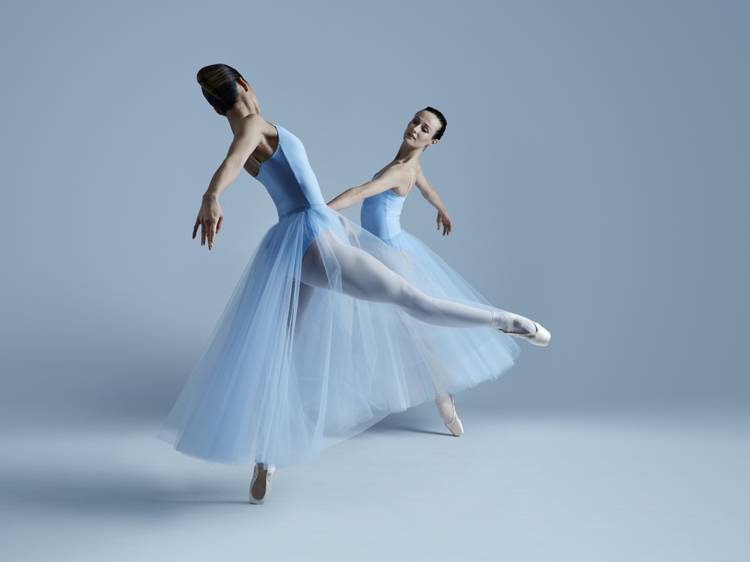 Hallberg kicks off the company’s 2021 Sydney season with triple-bill New York Dialects, giving you all the bang for your buck you need after the year that wasn’t. He pairs two beloved classics from the late, great George Balanchine with a brand-new work from one of the hottest choreographic talents on the go now in Pam Tanowitz. From the former, ‘Serenade’ is considered one of the greatest works of the 20th century. “No other ballet has given me more satisfaction as an audience member than 'Serenade',” Hallberg says. He’s a huge fan of Tanowitz, too. “She is one of our generation’s most intelligent creators: focused, insightful and original.” 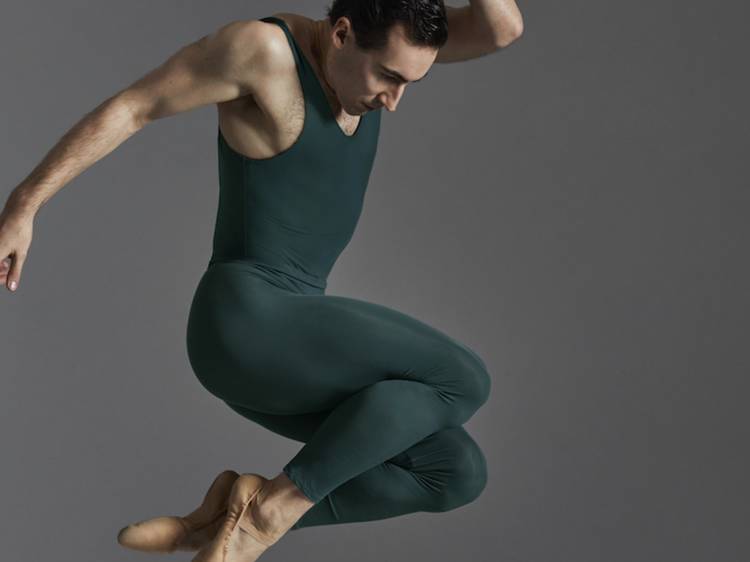 Hallberg presents where ballet began and where it’s going to with exciting double bill Counterpointe. It combines American choreographer William Forsythe’s revolutionary work ‘Artifact Suite’ with the wedding bells of the third act of Marius Petipa’s ‘Raymonda’ depicts the wedding of the hero and heroine, sparkling with classical technique. The latter will be Hallberg’s first choreographic flourish at the helm of the Australian Ballet. “The juxtaposition of 'Raymonda' and 'Artifact Suite' shows the evolution of classical ballet,” He says. “These seminal works both counteract and perfectly complement each other.” 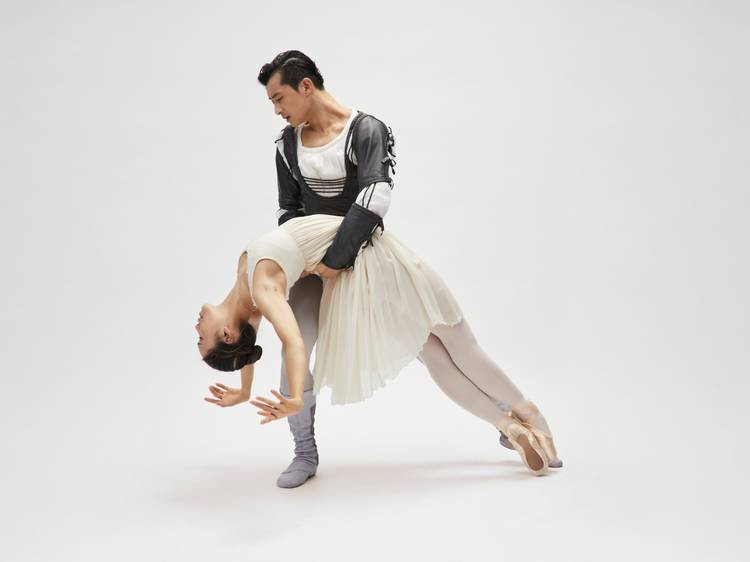 Romeo and Juliet is a story we know like the back of our hands yet never tire of reliving, whether it’s on the big screen care of Baz Luhrmann, or the return of the Australian Ballet’s most celebrated performances. John Cranko’s epic version of Shakespeare’s most heartfelt tragedy is reimagined with Ako Kondo and Chengwu Guo in the lead roles. Aus Ballet hasn't performed it since 2003 and Hallberg felt it was time to reignite their teenaged drama. “I have danced performances of Romeo where the audience was with us in every scene. They become a part of the ballet. I lost myself through expressions of love, elation, vengeance and ultimately death, and the audience left the performance as heartbroken as the characters on stage.” 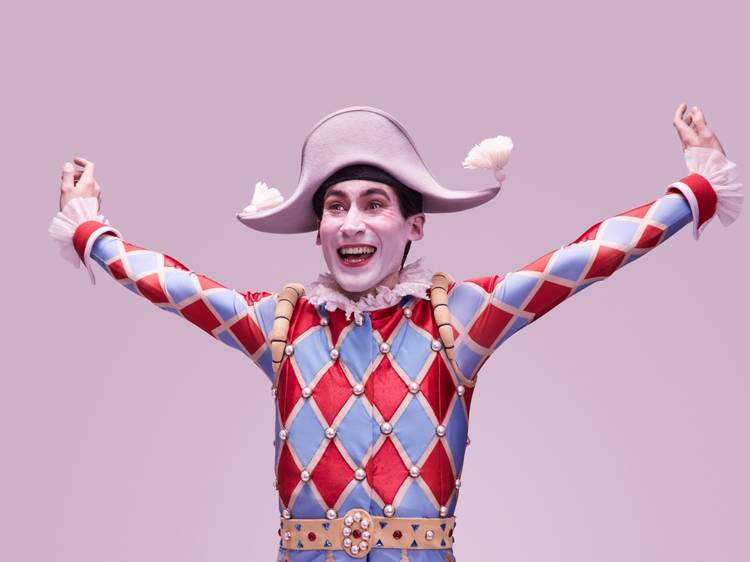 Get ready for Christmas with a gorgeous all-ages show from the Australian Ballet in Harlequinade. It sprung from the mind of 19th-century choreographer Marius Petipa and shares more in common with his celebrated take on The Sleeping Beauty than it does the darker drama of his Swan Lake. A harlequin awakes from a 100-year snooze to find himself knee-deep in romantic drama. He wants to marry his lover, Columbine, but her father has other plans.  “At American Ballet Theatre in New York, Alexei Ratmansky and I brought the sad, languid clown Pierrot to life through the notations of Petipa’s ballet,” Hallberg says. “To resurrect from the archives a ballet by one of dance’s greatest creators was something I cherished, and I look forward to passing the experience on to the artists who will perform the role here in Australia.” 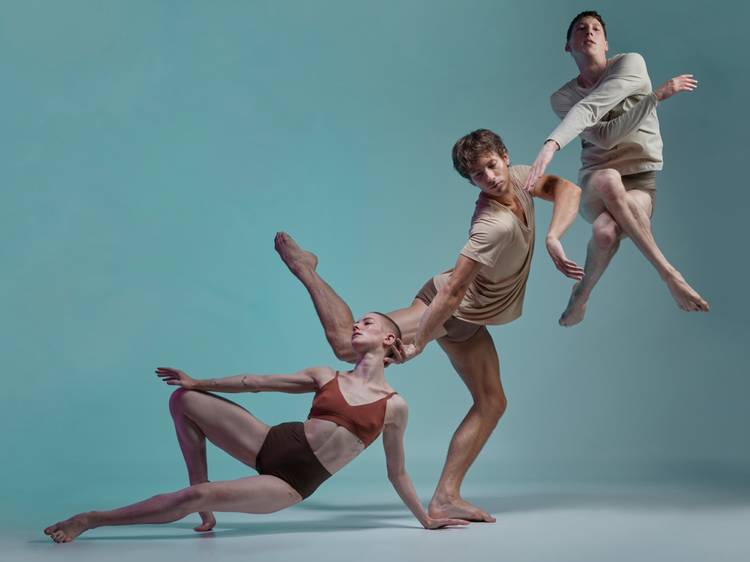