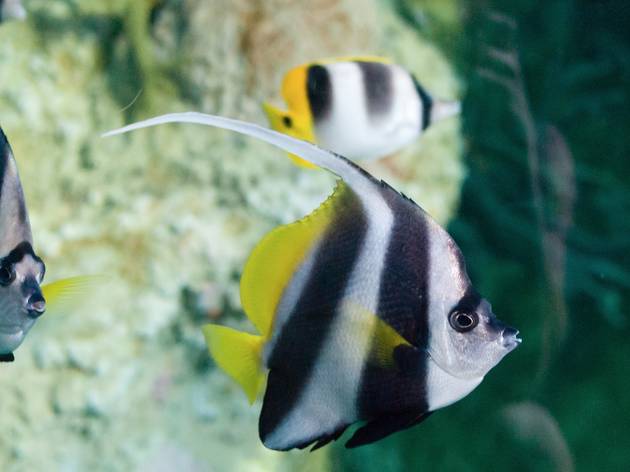 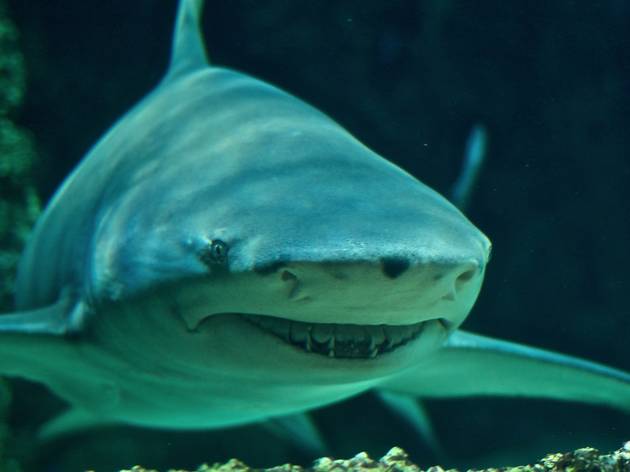 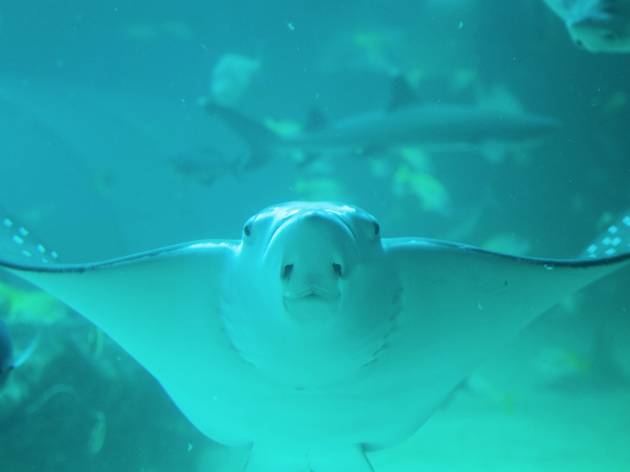 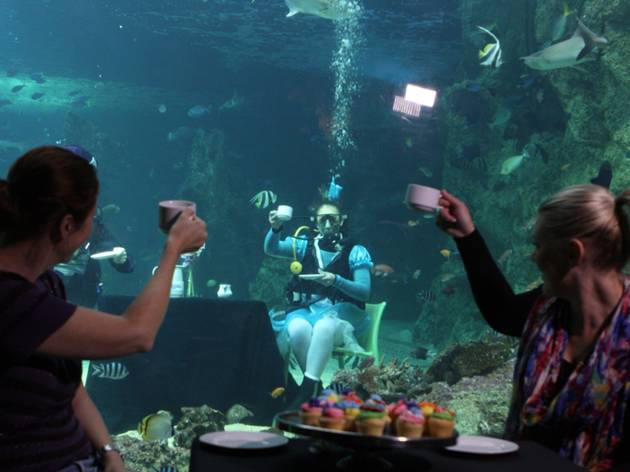 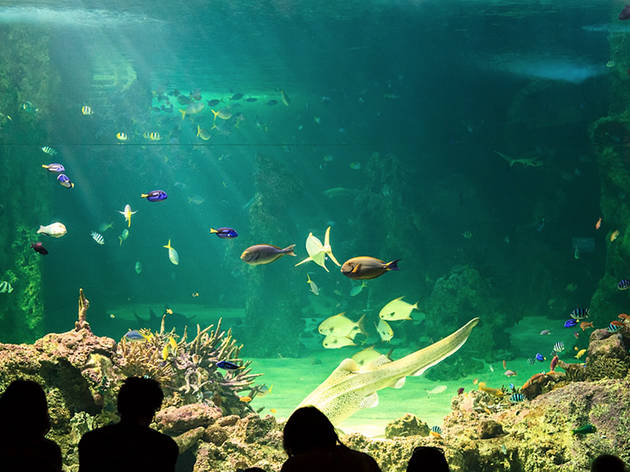 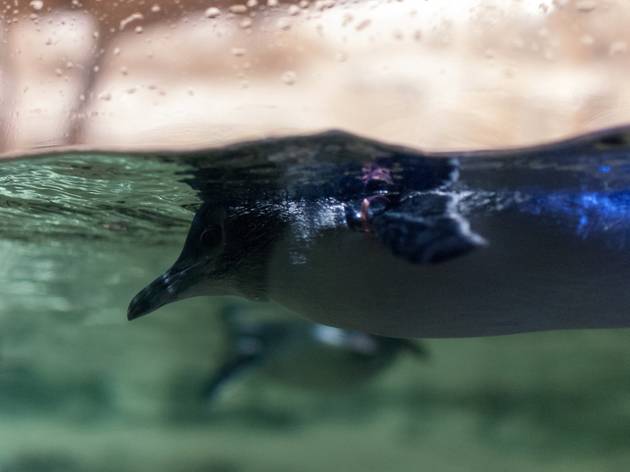 Splash out on 1.5 million litres of aquatic discoveries

Update: Sea Life Sydney Aquarium re-opened on June 1, opening hours are 10am-4pm, Thursday through Monday. During school holidays the Aquarium is open seven days. New health and safety measures are being followed and the daily ticketed capacity has been significantly reduced to allow for physical distancing. Visitors are advised to book online in advance.

Sea Life Sydney Aquarium is the world's largest indoor system of Australian marine life, with 60 tanks and three oceanaria filled with more than 13,000 animals from 700 different species. Highlights include Shark Valley, the Day and Night on the Reef Zone inspired by the Great Barrier Reef, and the Bay of Rays.

The Aquarium has a focus on conservation and education, recently helping to rehabilitate the local population of the endangered White's seahorse (or Sydney seahorse). Many of the larger creatures who live there are rescued animals who would not survive in the wild – like Plugga, an endangered Australian Green Sea Turtle.

During the lockdowns between March and June, 2020, the Aquarium took the opportunity to refresh some exisiting exhibits, reach out with livestreams, and find new ways to entertain the more people-loving aquatic residents – like Pig the Dugong, who likes to say hello to visitors between munching on over 300 kilograms of lettuce every day.

My favourite bit of the aquarium is Shark Valley. I like the new design. It is like an ancient Atlantic ruin. It has a creepy head of King Neptune. Sometimes small sharks swim through the eyes. You go through a tunnel under the water with sharks and fish swimming above and around you. The tunnel seems to be made out of ancient stones. That’s cool.

I really like the Spotted Wobbegong. It has whiskers. I also like the Port Jackson shark. The biggest shark in the tank is the Lemon shark. I learned that a shark’s skin feels more like sandpaper than rubber or plastic. It’s because it has tiny little teeth all over its body called denticles.

Shark Valley also has the biggest stingray in the world. It’s called a Smooth Ray.

I saw a Port Jackson shark in the Little Penguin enclosure. It’s in there because it is an ideal place to raise young sharks. The penguins leave the shark alone and the shark leaves the penguins alone. Port Jackson sharks don’t eat penguins, they eat crustaceans and small fish. They act like a vacuum cleaner on the bottom of the tank.

The Little Penguins are the smallest penguins in the world, also known as Blue Penguins and Little Blue Penguins, and Fairy Penguins. They have lots of names. I think they are very cute. I just want to get in and cuddle them!

The Moon Jellies are very cool. They look like aliens. They are see-through and they are 99 per cent water. I liked the incredibly clever Sydney Octopus. It has nine brains. It has one brain in its head and other brains in each of its eight legs.

By the way, the aquarium has 14 new areas. The Tropical Bay of Rays was very tropical. It had palm trees and a huge tank full of rays. I liked the Black Masked Blue Spotted Ray. I just call it a Burglar Ray.

Zoe the platypus was swimming around instead of hiding. She looked very strange. She had like a duck’s beak and a beaver’s tail. She was nibbling on blood worms and shrimp. I learned that a baby platypus is called a Puggle.