Start your engines! The casting call is open and rumour has it, it will be filmed in Sydney

Hot on the stiletto heels of season one of the reality-drag-television juggernaut's Aussie franchise, a second season of Drag Race Down Under has now been given the green light. It'll be sashaying onto our screens some time in 2022 – and if you think you have what it takes to become Australia's next drag superstar, auditions are now open!

The Stan Original Series will be going into production as soon as restrictions allow, and despite our local tussle with Ms Delta, it looks like RuPaul will be back on deck in flesh, although we're yet to hear if judges Michelle Visage and Aussie comedian Rhys Nicholson will be reading the queens beside him. Reportedly, additional judges and special celebrity guests will be announced at a later date, and barring any last-minute crises (like, I dunno, another bloody lockdown) the show should be shooting in Sydney, at last.

While the first season featured a cast of ten drag queens handpicked from across Australia and New Zealand – including Sydney’s own Etcetera Etcetera, Coco Jumbo and Maxi Shield – this is the first time there has been an open call-out for Antipodean drag entertainers. This opens up so much room for stalwart veterans, alt-drag artists, bedroom queens and baby drag up-and-comers to shake things up. Fans are already keen to throw out their wish lists of which local queens they’d like to see on the cast, with names like First Nations powerhouse Felicia Foxx, wig doyenne (and Courtney Act’s best Judy) Vanity, and Oxford Street beauty Hannah Conda amongst the early fan faves. 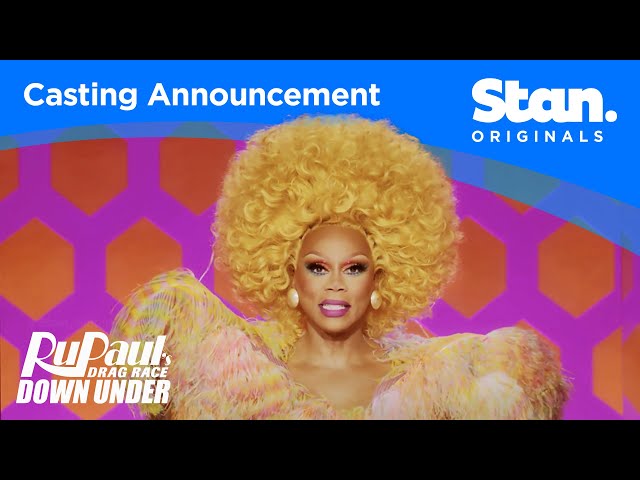 The last Down Under season was all set to be filmed in Sydney in late 2020, however some last-minute Covid complications meant that the filming was hastily transported to New Zealand, and a plague of production issues followed with it, including a workroom set too small to fit all the queens, which didn’t give our girls the best chance at showcasing Australia and NZ’s special brand of charisma, uniqueness, nerve and talent to the world.

Thus far, the Drag Race franchise has garnered 13 US seasons, six Allstars seasons, and a growing list of international spin-offs including in Holland, Canada, Spain, Thailand and the UK. The show has transformed the careers of hundreds of drag performers, bringing the once underground artform of drag squarely into the mainstream spotlight.

In its early seasons, the show featured largely cisgender gay men who used drag to transform into a female illusion. However, increasingly the show has celebrated more diverse contestants, also giving space for nonbinary contestants like Etcetera Etcetera to share their stories, as well as many trans contestants and even, on the upcoming UK season, a bio-queen – a cisgender woman in drag.

Casting for Drag Race Down Under Season 2 is now open until October 5 at 9.30pm. Applications can be submitted at rdrcasting.com.