Five Australian projects have been cherry-picked to compete in a worldwide vote for the best public art around the globe – and you get to have your say.

The annual CODA Award recognises large-scale artworks all around the globe that brighten interiors, architectural hot spots and public spaces. Run by CODAworx – an online hub connecting artists to architects, real estate developers and public art agencies – The awards are the organisation's way of recognising the most exciting commissions out there, and the public can vote on their favourite until 2.59 pm AEST on June 31.

The Australian shortlistees include Coexistence in Sydney’s Lower North Shore suburb of Chatswood and Jackalope on the Mornington Peninsula in Melbourne.

Coexistence was a site-specific projection artwork created for Vivid Sydney by Hungarian artist collective Limelight. Inspired by the cultural diversity of Chatswood, the light show played out like the acts of a play, exploring themes of exclusion and integration, acceptance and isolation by four different artists from the Limelight team

“Our artist collective is constantly trying to push creative boundaries,” Scott Hallock, director of Operations at Limelight says of the nod. “Completed in late 2019, we are grateful our message of inclusivity and celebrating the fabric of our communities through art is shared with a new audience through CODA awards at this important time in civil history.” 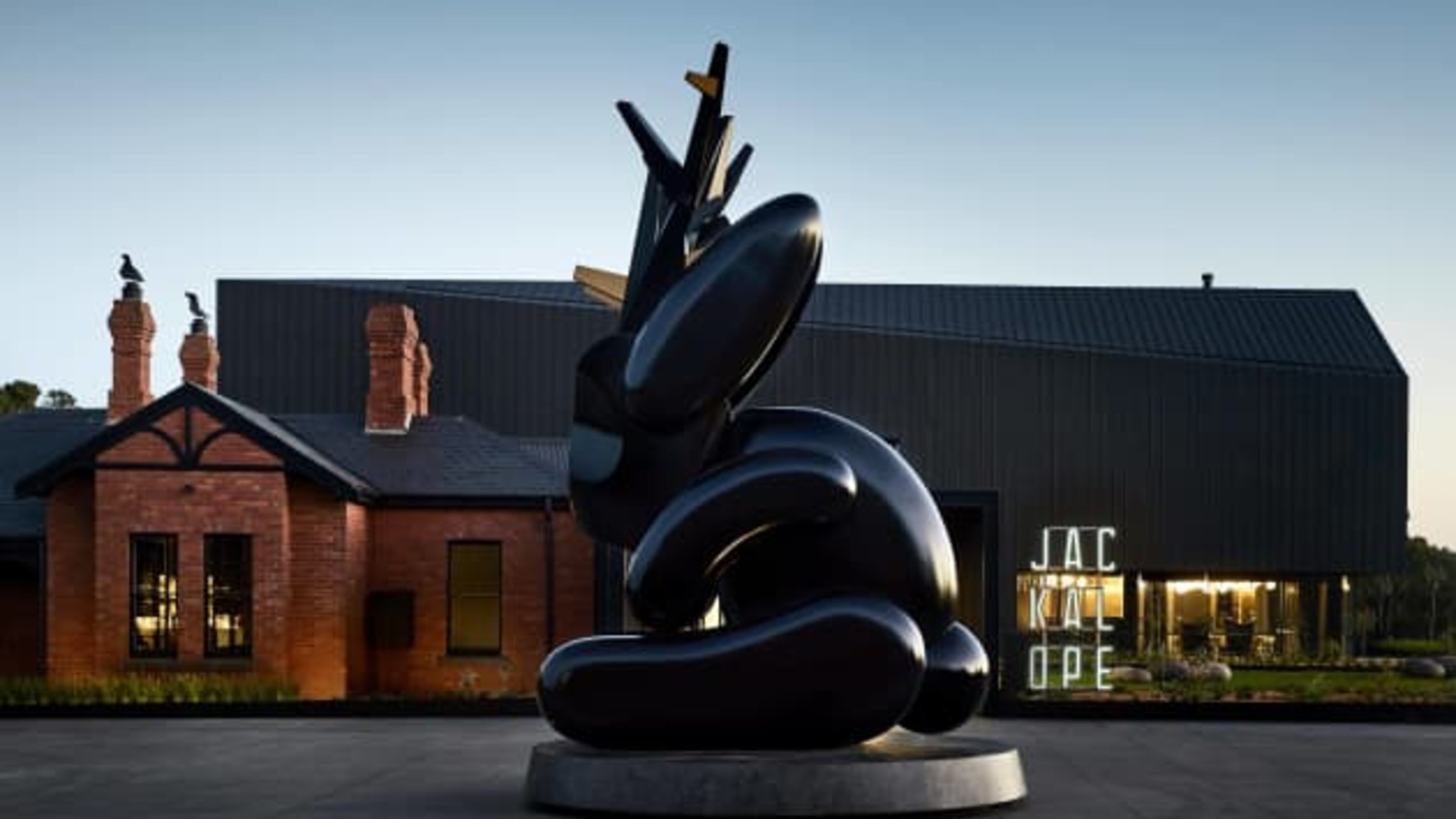 Jackalope is a giant six-metre sculpture cast in aluminium and finished with black and gold detail that depicts the mythical North American creature that fuses a jackrabbit with an antelope. It sits in the forecourt of the boutique winery hotel of the same name. Designed by artist Emily Floyd, the completed sculpture was realised by Urban Art Projects.

The other Australian entrants are After The Flood in Townsville, Mount Pleasant Woolworths Lacefence and Cascade in Perth.

Two projects out of 100 open to the public vote will receive a coveted People’s Choice CODA award and be announced in the August issue of Interior Design magazine.

Want more public art? Check out these highlights in Sydney and Melbourne.