Restaurants Bondi Beach
3 out of 5 stars 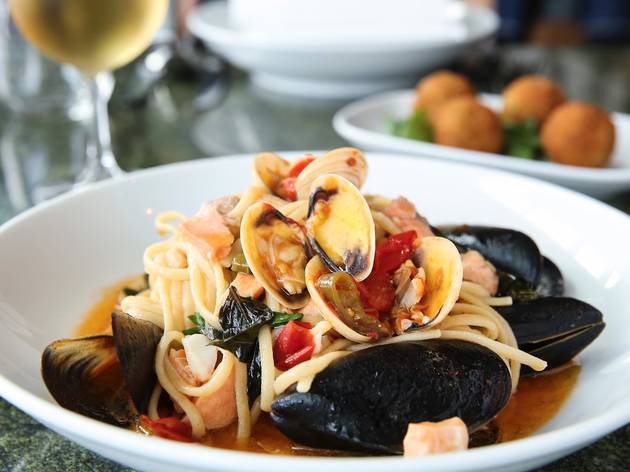 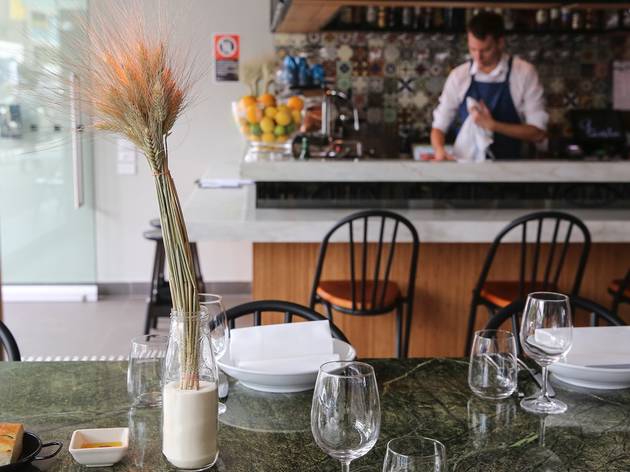 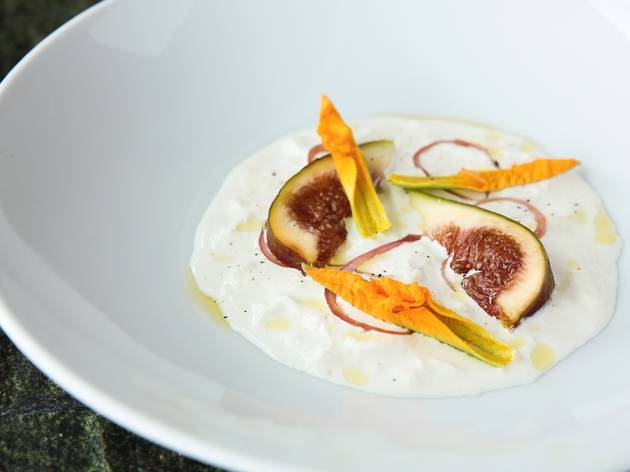 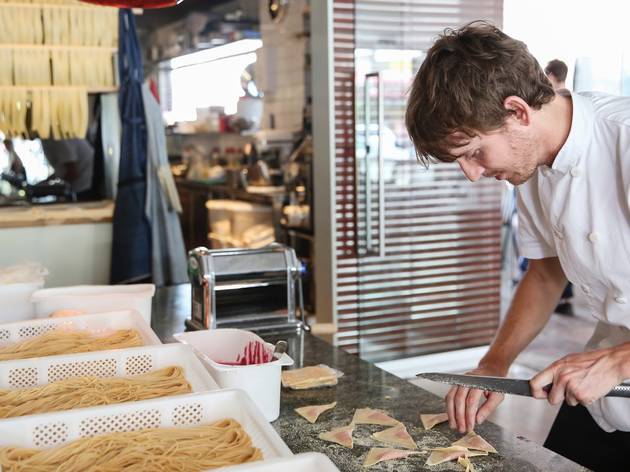 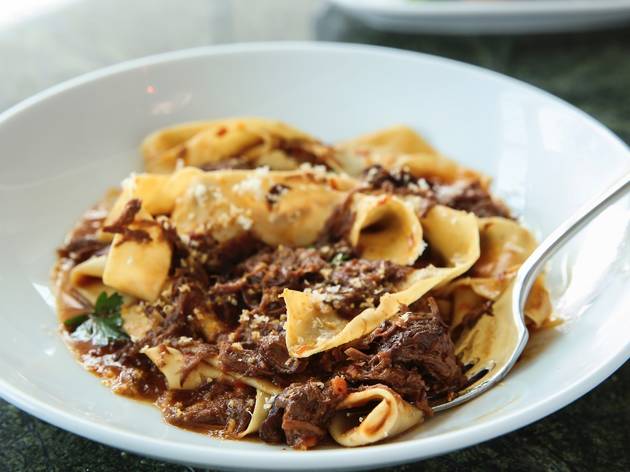 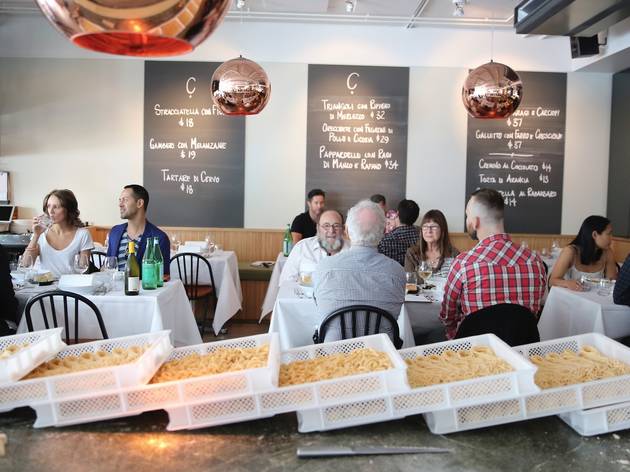 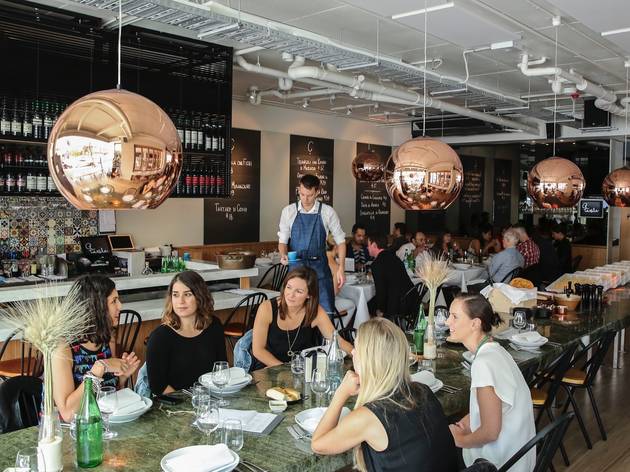 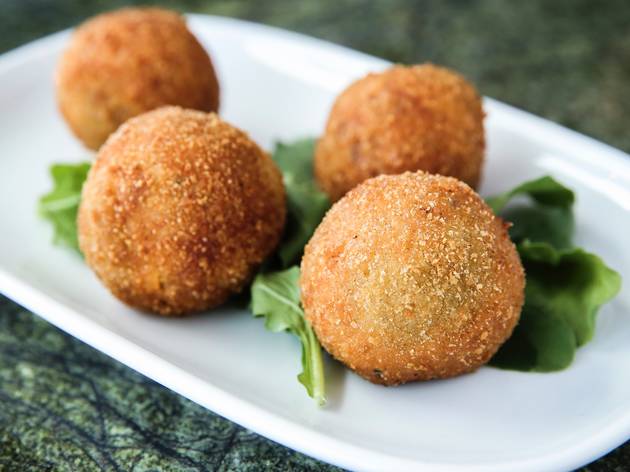 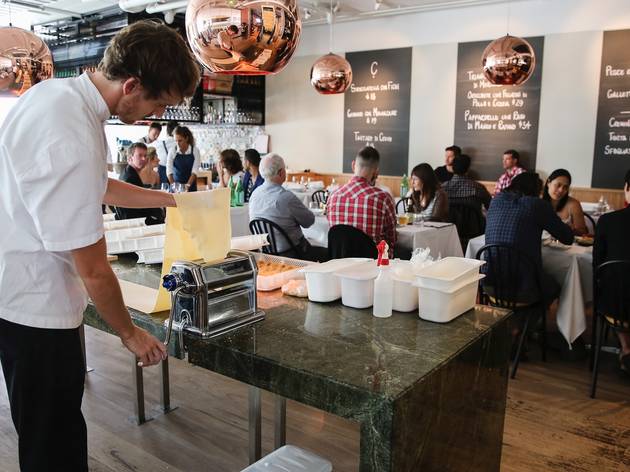 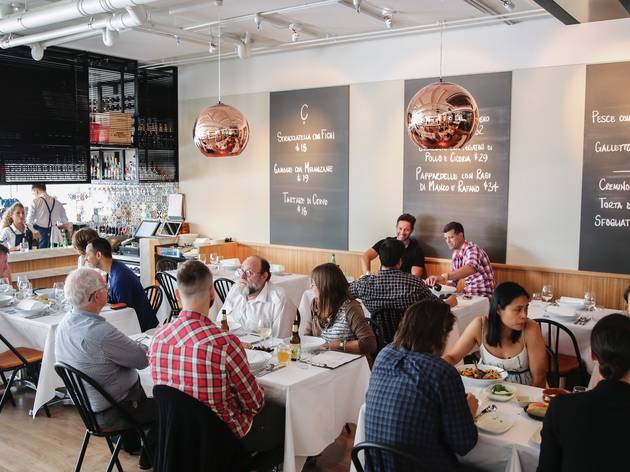 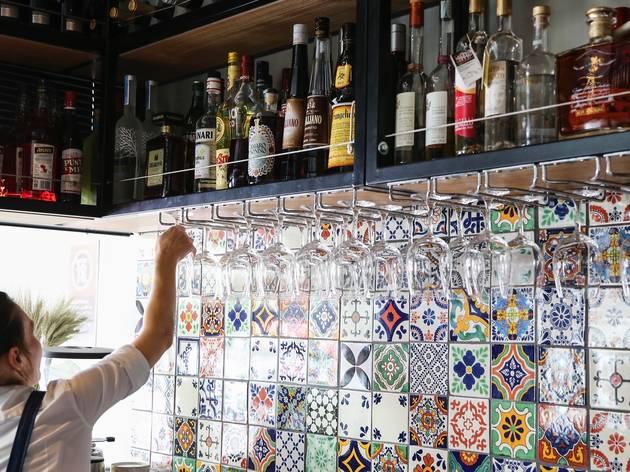 Darlinghurst’s ‘little pasta restaurant that could’ has gone round two, and this time it’s beachside

UPDATE: As of November 2019, Flour Eggs Water (A Tavola's sister restaurant) will be operating as a pop-up in Bondi's A Tavola space for the summer months, serving a more casual family-friendly menu of antipasti and housemade pastas. The hugely popular pasta-making classes will also be available.

Nobody panic. Bondi may now sport an A Tavola serving spaghetti by the sea, but the original Darlinghurst digs where chef/owner Eugenio Maiale makes his own pasta, is still going strong.

The look of the place follows the same cues that made the original A Tavola such a hit. Big copper orbs light the room, marble communal tables double as a workbench for the chefs rolling out fresh pasta. It’s a like a living window display.

Despite the new shiny fit-out, A Tavola remains a neighbourhood restaurant. The wine list is 100 per cent Italian and there’s a huge wooden bowl of freshly podded borlotti beans by the counter. They’ve got a team of stupendously friendly Italian waiters who are so keen on us trying wines from their home regions of Italy, they insist on paying for the wine if we don’t like what we try. Of course we do.

As with Maiale’s Darlinghurst restaurant, dry pasta specials like firm, well seasoned casarecce twists with baked ricotta, napoletana sauceand chopped up green olives are on the little paper menus in front of you. The fresh pasta specials are scrawled on the blackboard menus on the wall like the tagliatelle with eel, mascarpone and peas. It’s a little heavier on the cheese than we’re expecting (dairy and fish: we’re still not quite down) but the quality of pasta is, nonetheless, excellent.

The pasta dishes can be a little exxy (that tagliatelle and eel number is $33) but it’s a fairly monumental serve. In fact, you could probably share one between two, and order a couple of little things to fill the gaps like the olives all’Ascolana. Here, a green olive is encased in a layer of pork mince and then the whole thing is deep-fried. Yowza. Or there’s the burrata special: the buttery, creamy insides of the Italian cheese spill onto the plate, dressed with zucchini flowers and baby broad bean lobes. That’s summertime love on a plate right there.

Does this slick new venture beat out the original roll-with-the-punches hole-in-the-wall A Tavola we’ve come to know and love over the years? Not quite. But we’d definitely drop by again for a bowl of pasta post-dip and pre-gelato. Now if only Messina did a spaghetti ice cream, we could do both at once.