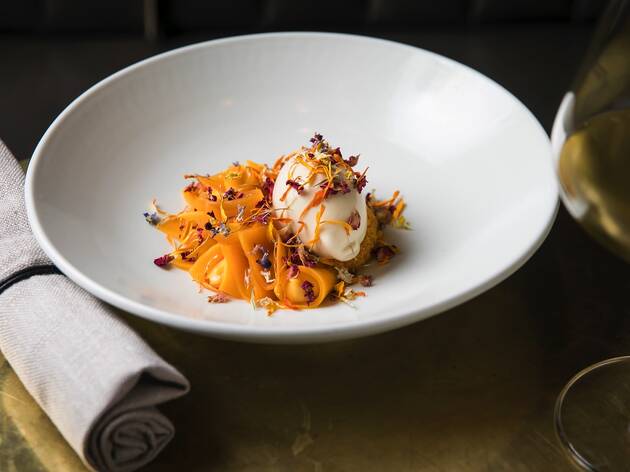 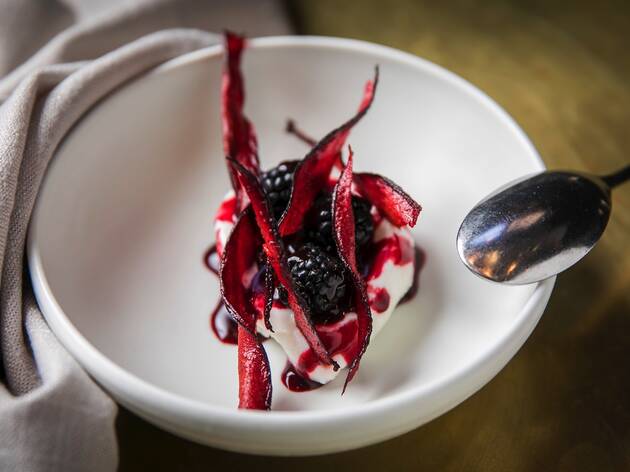 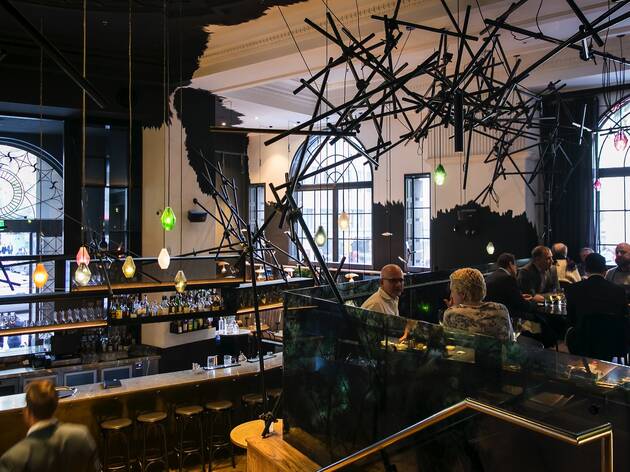 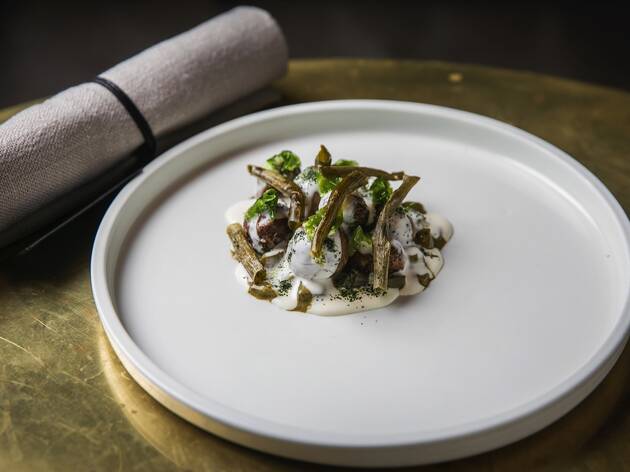 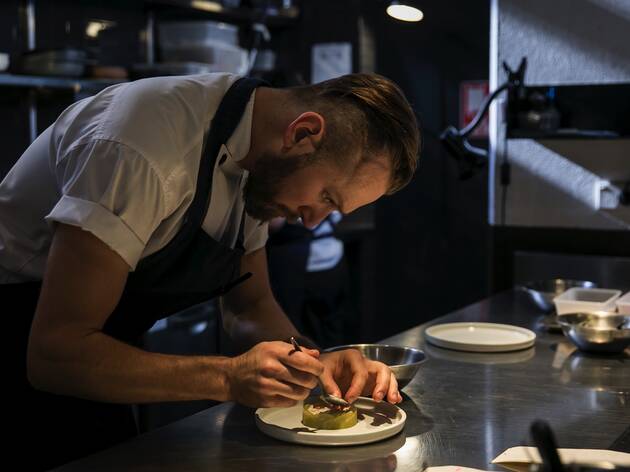 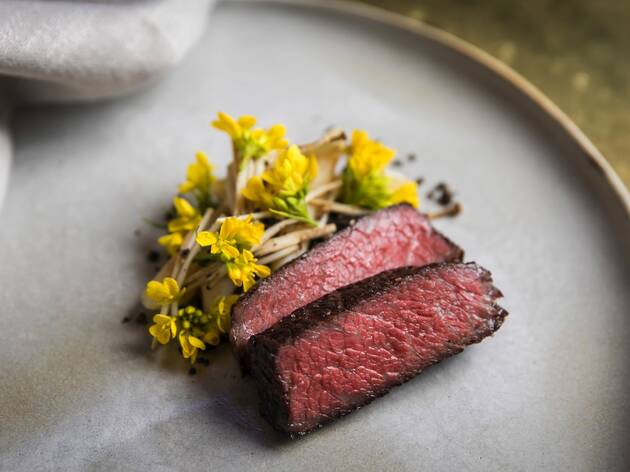 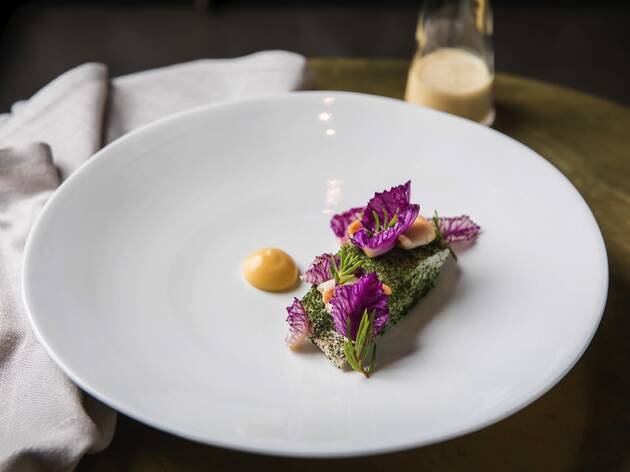 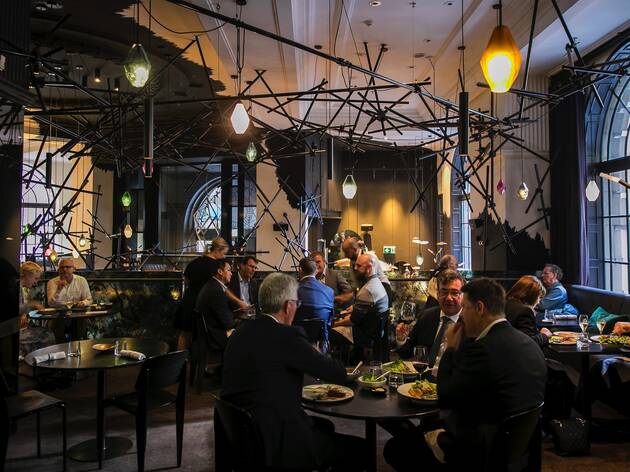 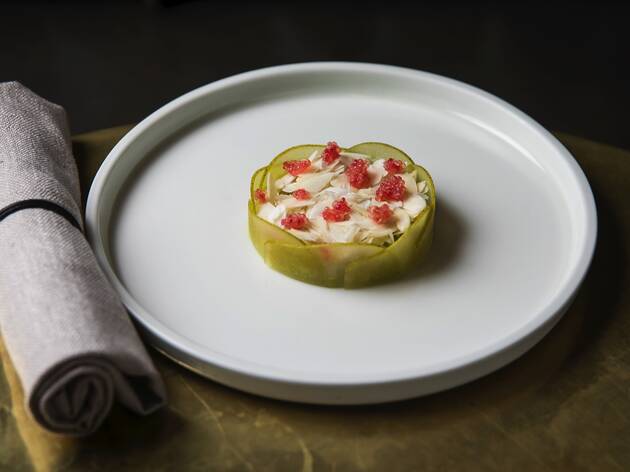 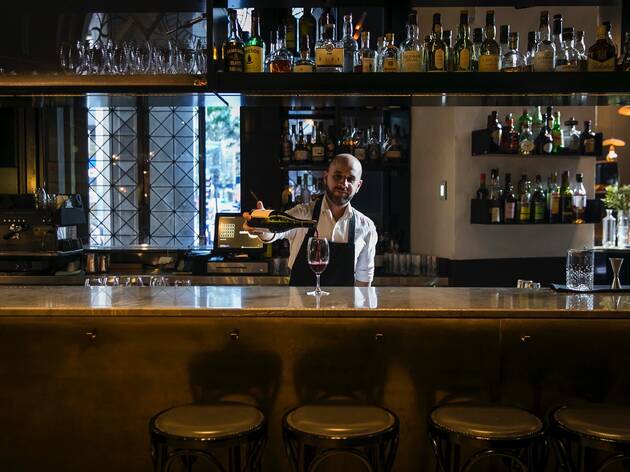 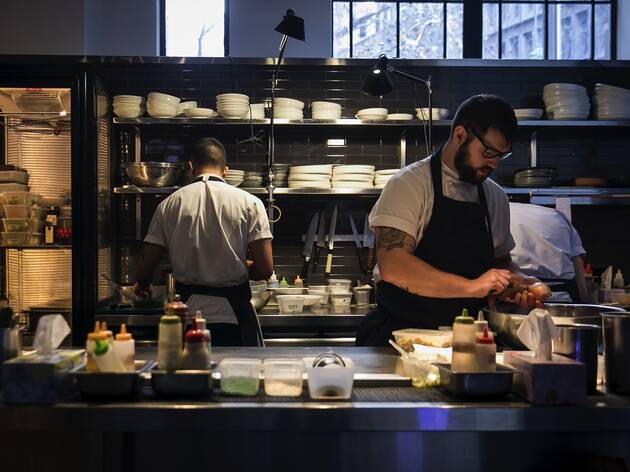 One of the city’s longest standing fine diners is still dishing up the goods, especially at lunch

It must be very tempting as a restaurateur to put your original venue on standby mode so that you can focus on a hot new concept. It must be especially enticing when your flagship restaurant has been around for 13 years. But that’s what makes Bentley Restaurant and Bar so exceptional – it’s remained a truly great destination for its full term on the dining scene.

Of course, change has come over time. Brent Savage and Nick Hildebrandt moved the restaurant from Surry Hills to the CBD, and then reworked it yet again in its primo corner inside the Radisson Blu Plaza hotel on O’Connell Street. And they might just be doing their best work yet.

You can approach the venue in full fine-dining glory and get the $180 tasting menu, and it’s an especially good call if the company card will be taking the hit for both the food and the high-cost-but-high-return wine list. Hildebrandt has one of the best cellars in the city, so there’ll be no attempts to sell you the wine equivalent of nosebleed section seats for top dollar. You’re getting the really good stuff here – exciting locals, elegant Europeans and tasting notes that read like love letters to the vineyard.

But the highest value proposition here is the lunch menu. Two courses will cost you $65 and three is a mere nudge higher at $75 – it’s got to be one of the city’s best fine dining hacks, along with Momofuku’s bar menu.

We’re sure the oysters are best in their field, but potatoes on a fine dining menu is a baller move that challenges you to test the mettle of the kitchen. How good can a tuber be? The answer is: very. Baby tatties that have been grown in seaweed wrappers so that the umami flavour penetrates the vegetable are boiled to tender perfection and presented as a kind of oceanic potato salad, dressed in a light goat’s milk dressing with acidic pieces of seaweed and sea lettuce doing the work normally delegated to pickles. On top, crisp, fermented shallot straws are there for complexity and texture.

A compressed pear crown that has been imbued with fragrant lemon verbena encircles raw scallop meat capped with almonds and finger lime for a dish that makes for a perfumed and floral octopus’s garden.

Tissue-soft steamed snapper is the muted canvas onto which the intense flavours of preserved lemon, wakame powder and a clam butter mimicking beurre noisette are painted. Crisp, fresh cabbage leaves and ice plant freshen the scene and create harmony on the palate.

Yes, this is an inner-city restaurant at the financial end of town, so they’d be foolish not to have a steak on the menu. In fact, they have two, but the rib-eye attracts an extra fee, and there’s no need to blow out when the rump cap marbling ensures that all that 9+ score fat disperses through the protein during the sous vide, caramelising on the barbecue at the final stage of cooking. All that’s needed is a swipe of caramelised yoghurt, a few strands of enoki mushrooms and some native crunch from wattleseed and macadamia.

They’re ripping their dessert inspo straight out of the winter veggie patch, with a dish of gently pickled pumpkin ribbons piped with a sweet pumpkin curd and served with brown butter ice cream and a little citrus structure from mandarin. But for sheer drama, don’t go by a snow white goat’s milk sorbet with the farmhouse funk turned up to 11, stained bloodier than the closing scenes of Macbeth with giant, sweet blackberries and beetroot chips in a hybrid sweet vegetal syrup.

As you’d expect from a restaurant of this calibre, each dish is an aesthetic pleasure as well as a gustatory one, served in a room that has doubled down on dark and dramatic set dressing and pendant lights that glow like angler fish lures against the black slashes of paint across the ceiling. Like the people at the table next to us, you can make your meal a meeting, but consider shelving the shop talk: it’d be a shame to let business get in the way of all the pleasures to be had at Bentley Restaurant and Bar.

Near Bentley Restaurant and Bar