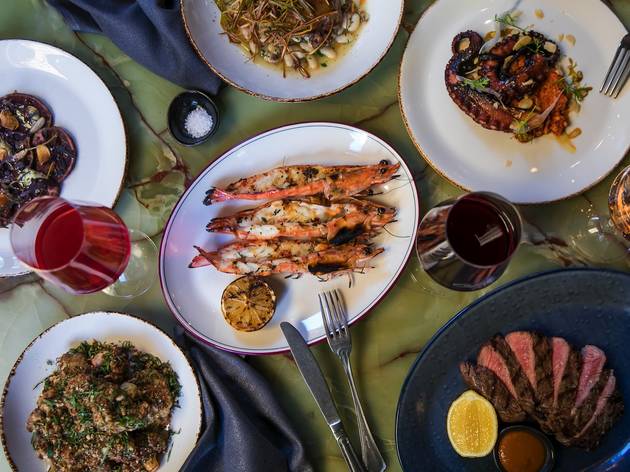 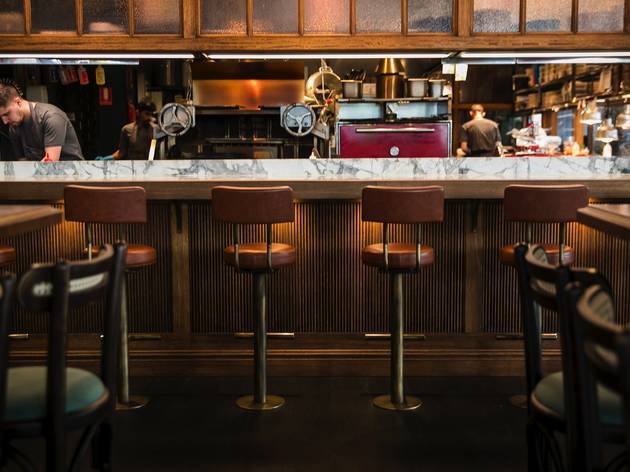 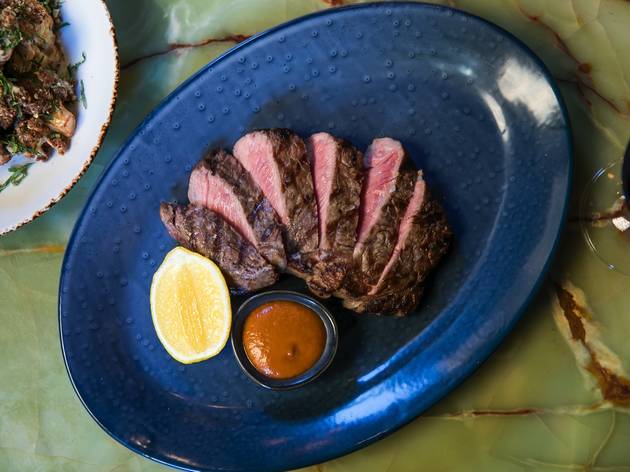 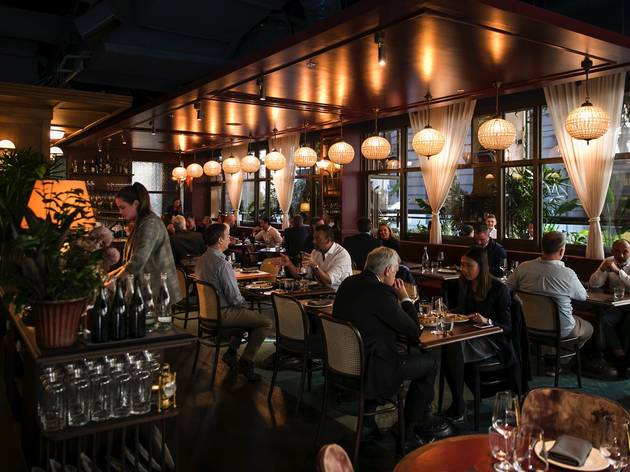 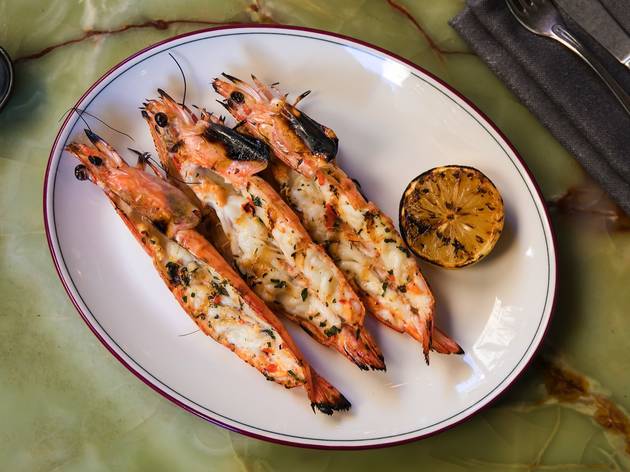 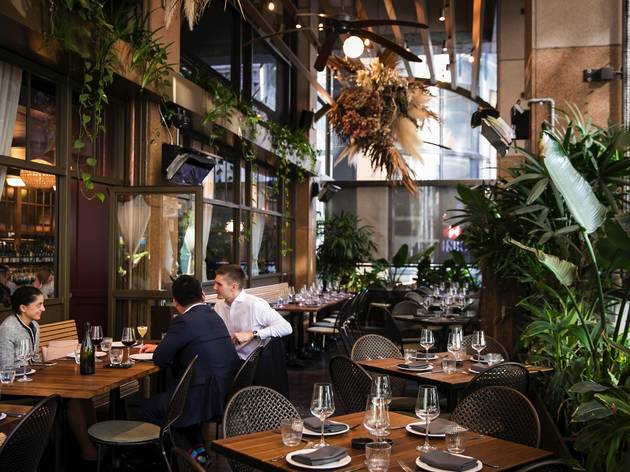 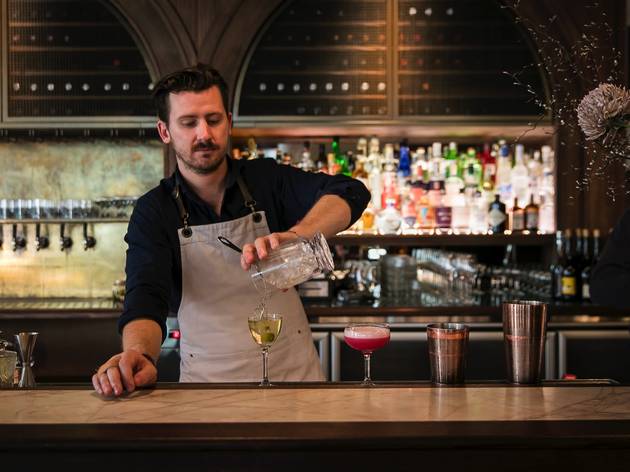 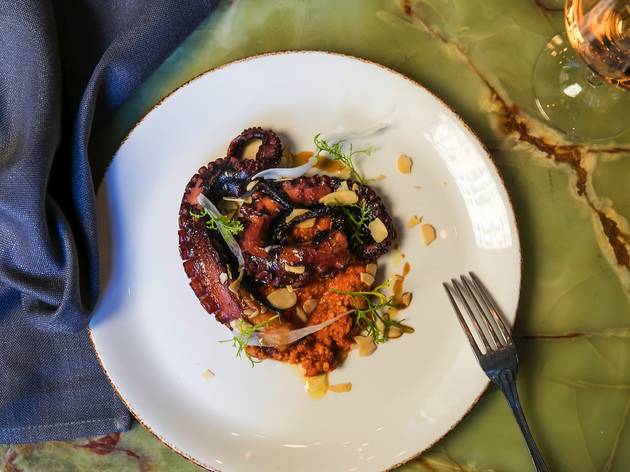 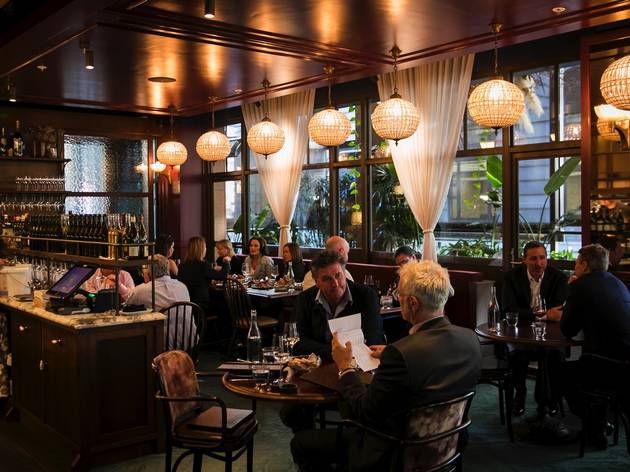 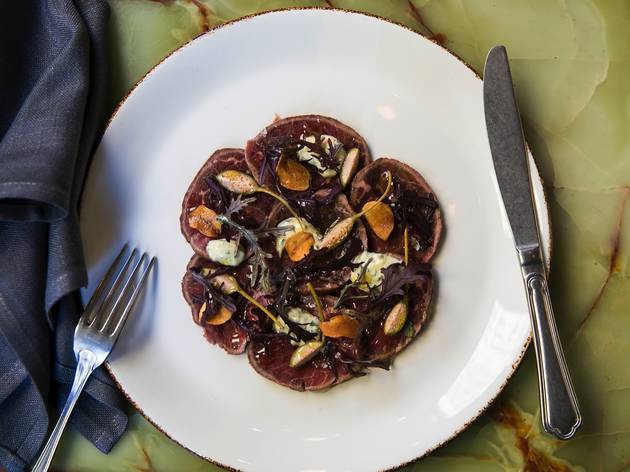 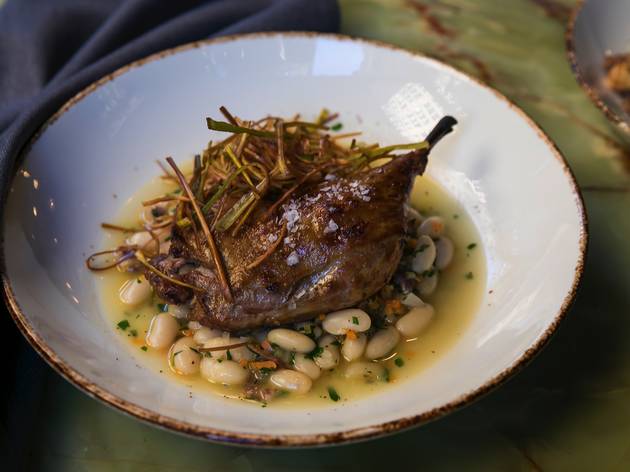 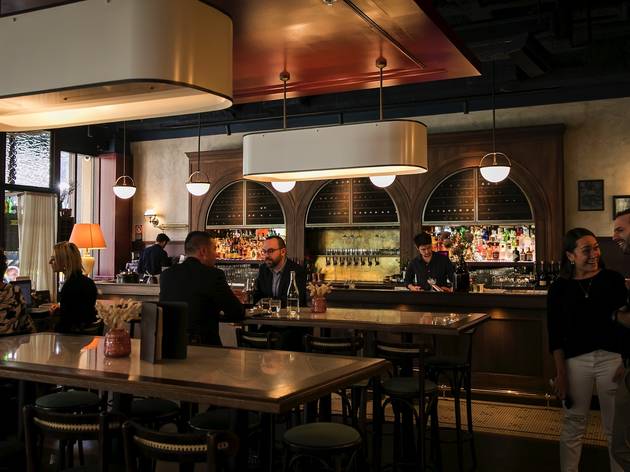 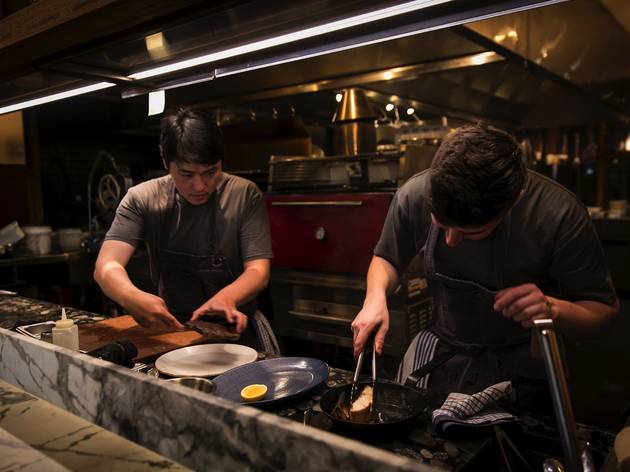 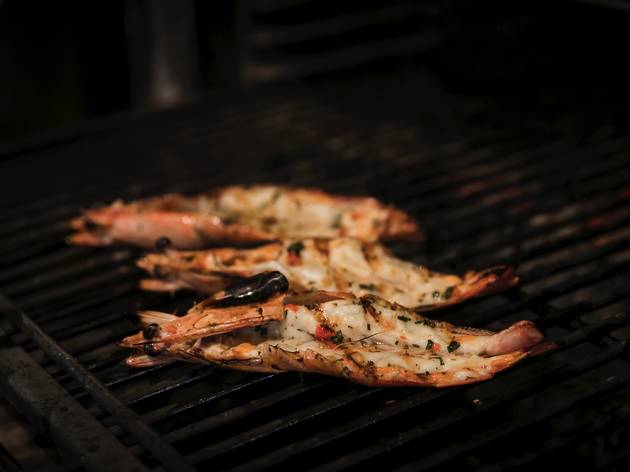 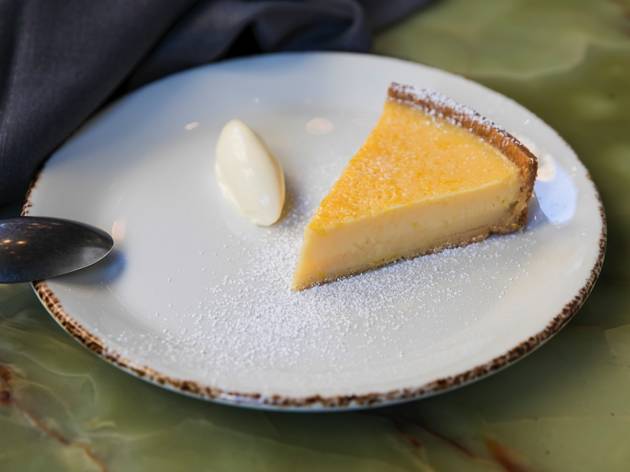 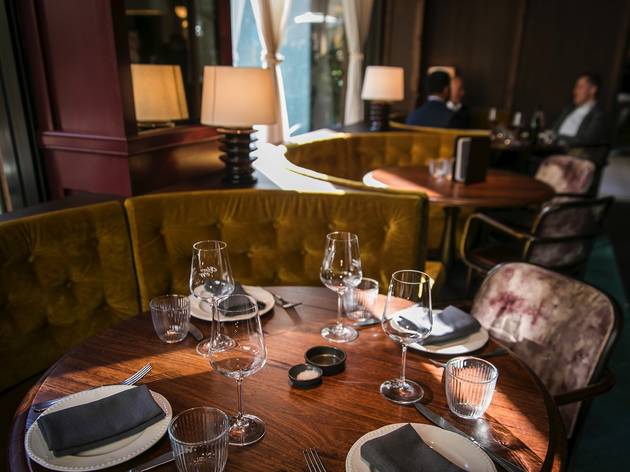 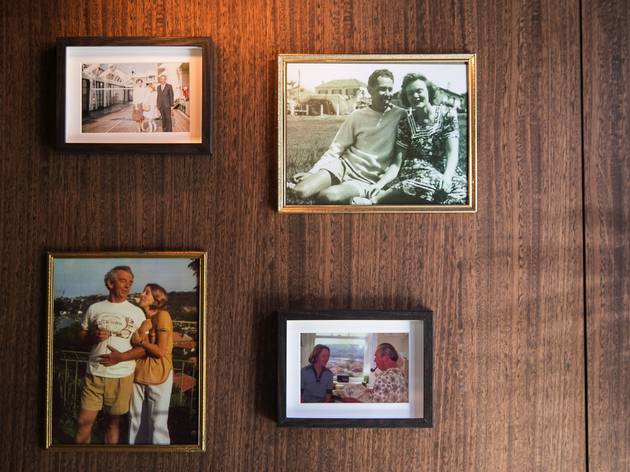 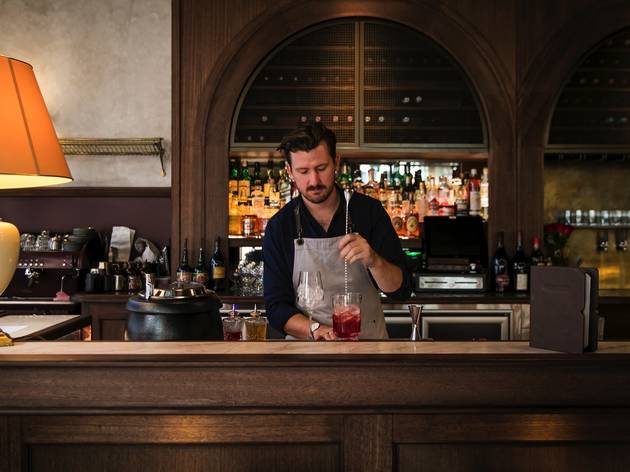 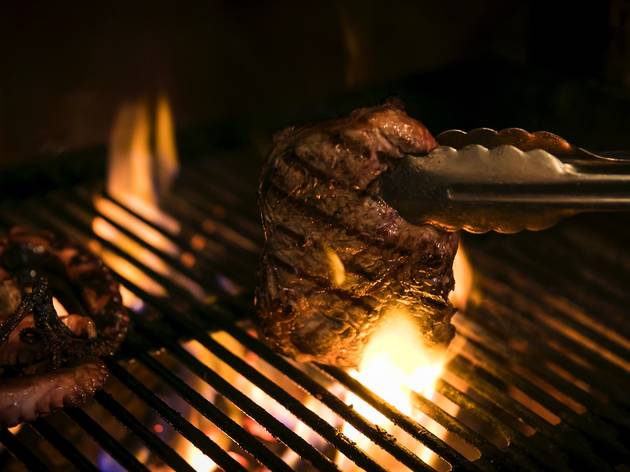 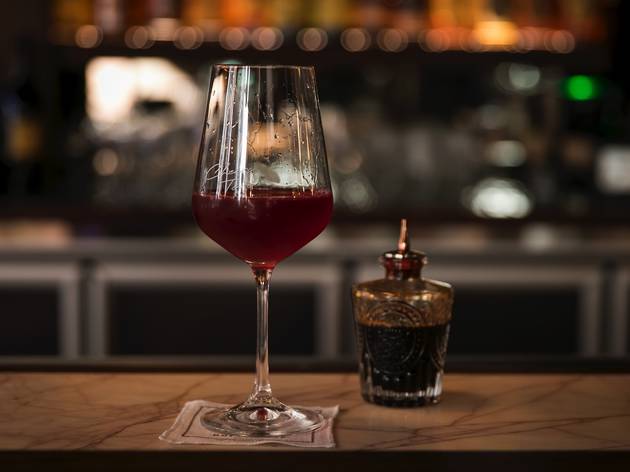 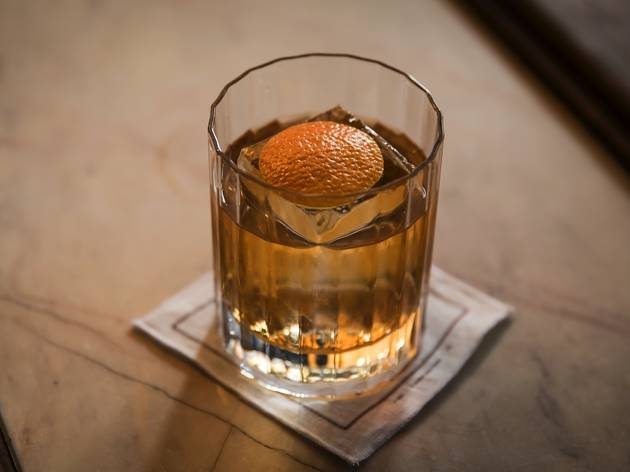 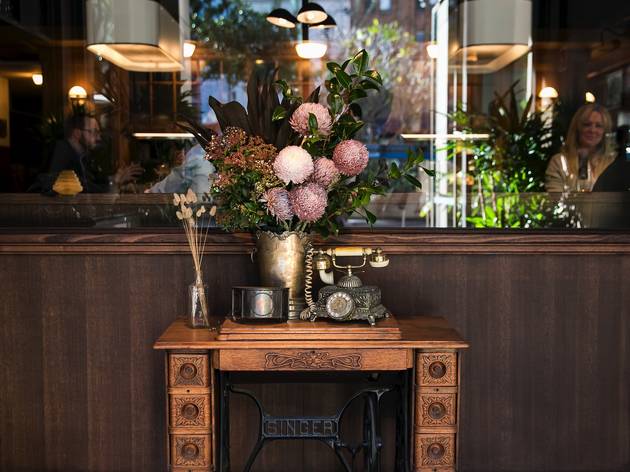 You can’t please everyone, but this mod Oz brasserie in the CBD sure tries – and comes pretty darn close

Raw kingfish, fried cauliflower, wood-grilled eggplant, king prawns and lamb shoulder are to the Sydney diner of the here and now what the sound of the bell must have been like for Pavlov’s dog. They’re the buzzwords that make ears perk up, eyes open and mouths water – and they’re all on the menu at Bopp and Tone.

That’s not to say that the most recent feather in Applejack Hospitality’s cap (the Botanist, Endeavour Tap Rooms, the Butler) plays it totally safe. Case in point: a cocktail by the name of Fancy Wine, a Boulevardier stand-in with berry-infused rye, Davidson’s plum and verjus, dusky red and served in a stemmed glass. It doesn’t really taste like wine, but fans of a Manhattan or Negroni probably wouldn’t like it all that much if it did. It’s a clever drink that pushes the envelope ever so slightly, as opposed to pushing buttons merely for the sake of it.

There’s a similar approach at work in the Med-inspired cooking, which doesn’t reinvent the wheel so much as reinvigorate it. We’re maybe too well acquainted with fried cauliflower and its old friends yoghurt, dukkah and mint by now. What feels fresh is that, for once, the humble brassica isn’t battered to death, so its delicate flavour and admirable crunch become the focus. Fall-apart confit duck leg headlines a remix of cassoulet that’s anything but stodgy; tiny, sweet cubes of carrot, prosciutto and a blast of dill give the bed of stewed cannellini beans below a winning, garden-fresh facelift.

Given the address’s smack-bang CBD centrality, a stone’s throw from Wynyard Station and metres away from George Street, you’d expect to find the corporate crowd carving up 300-gram rib-eyes in between bottles of Henschke shiraz – and they are. A Josper oven and woodfired grill occupy most of the open kitchen’s breathing room, and aside from a few starters and the line-up of sides, most of the work is dedicated to land and sea beasts. The protein forwardness has prices to match, with small plates that hover between $18 and $28, and mains that stretch up to $94 for a 250-gram Wagyu striploin.

An undying love for the old-school is ever present in the lavish dining room, a cinematic supper club-era space kitted out by Luchetti Krelle. Banquettes are extra plush, the carpet super soft, sourdough bread comes free of charge, doo-wop hits hum from the stereo and a slice of lemon tart for dessert achieves that spot-on sweet sourness only nan could. Some comforts are timeless, after all.

Drinking, meanwhile, is wisely in tune with the zeitgeist. There’s breadth and depth in a wine list that champions tried-and-true minimal-intervention makers from near and far without a shred of hipster holier-than-thou-ness, and there’s not a Peroni or Heineken in sight amongst the succinct selection of craft-leaning beers where you might otherwise think to find them.

We’d venture to guess the company card is being put down for many a transaction here, but a $25 express lunch offer and six-buck happy hour drinks on the (very) leafy verandah ensure a piece of the action is never out of reach. And if for some reason the boss left the plastic at the office, footing the bill wouldn’t be a problem – Bopp and Tone is worth it.