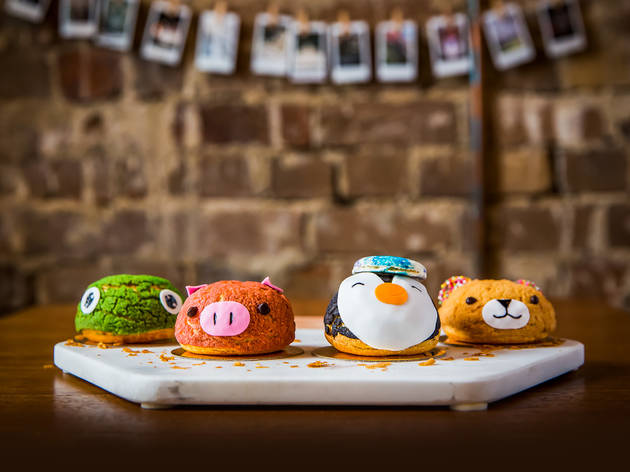 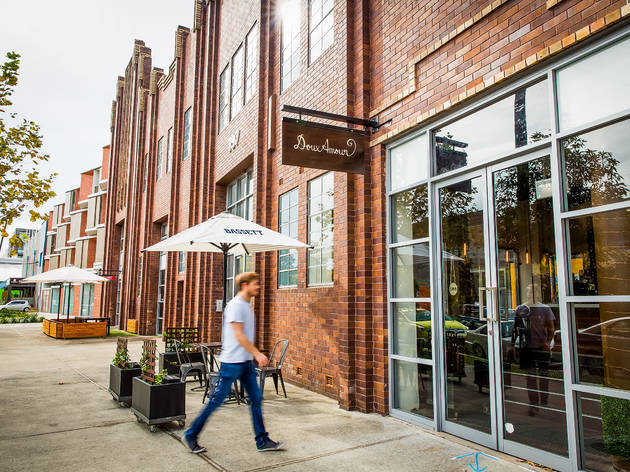 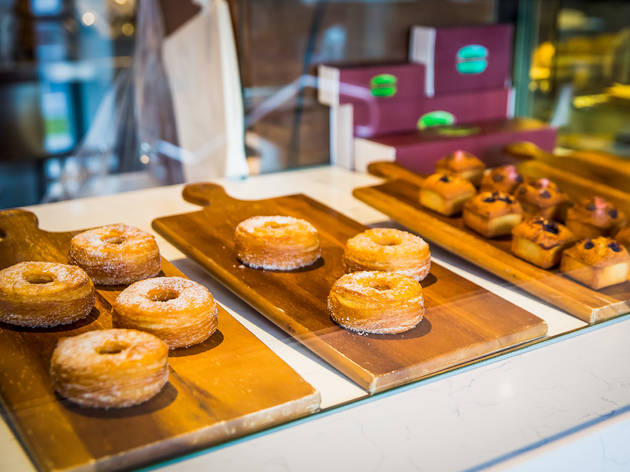 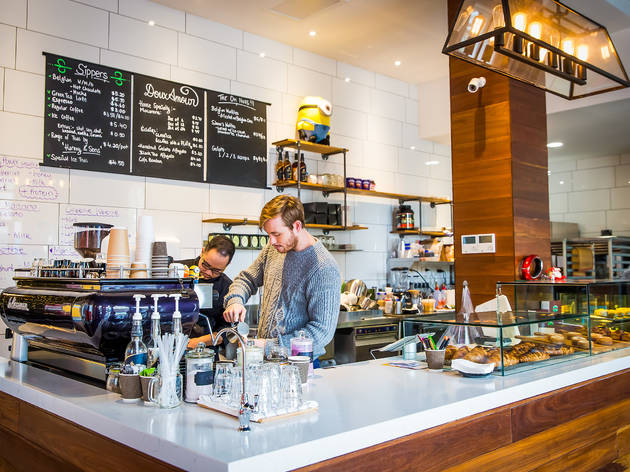 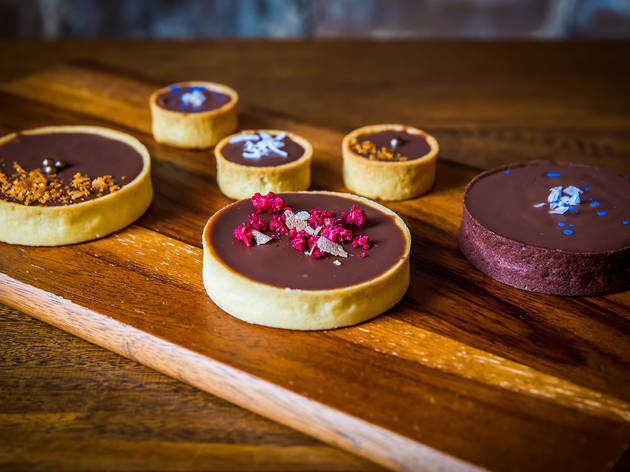 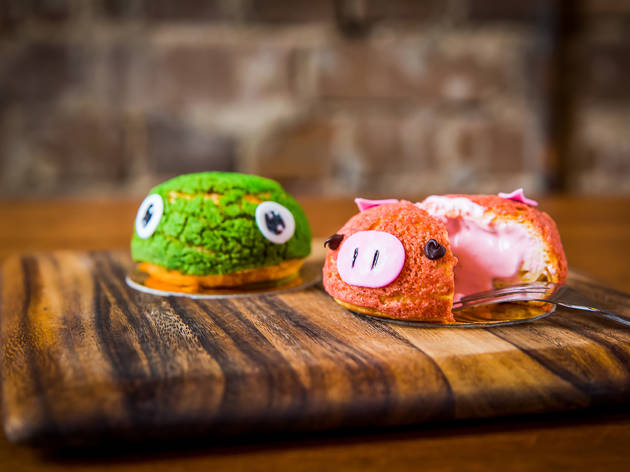 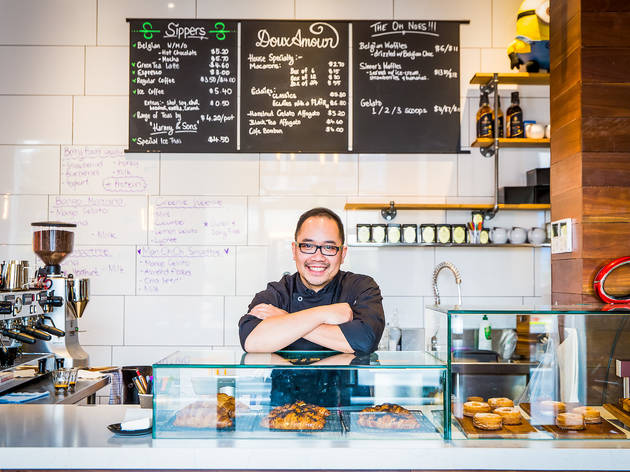 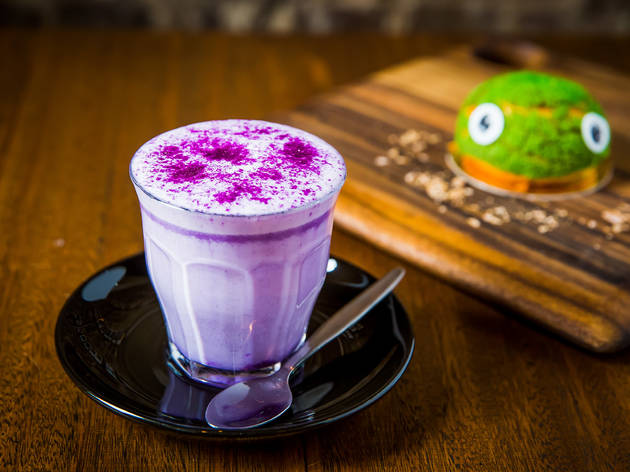 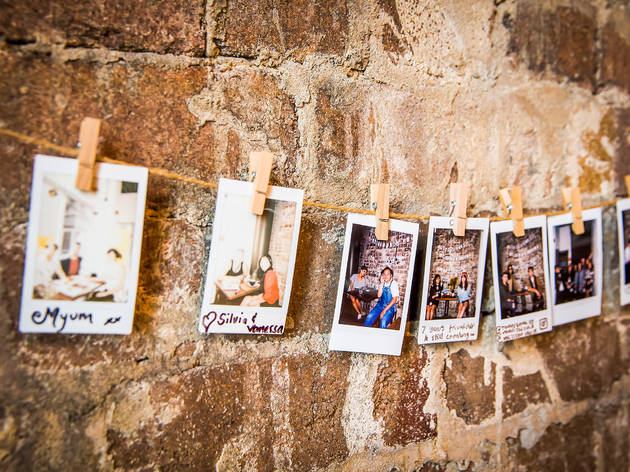 You’ve seen them on Instagram, and so have we. Sydney’s cutest desserts have landed (and for the first time ever, they're not at Blackstar), instead they’re from Doux Amour in Rosebery. They’re called cookie puffs but they’re actually refashioned éclairs – choux pastry spheres with a craquelin crust. And the best bit? They’re made to look like super cute animals. There’s a bear filled with Nutella, a turtle filled with green tea cream, a penguin with black sesame cream and a pig filled with rose and lychee cream.

The pig is our pick: the light, moussey, rose-scented cream filling is studded with little lychee pieces and encased by a thin crust of pastry. The black sesame is also a standout, the punchy, nutty flavour perfectly counteracting the fluffy texture of the cream. If you're a matcha fan, don't look past the turtle, which rebuffs subtlety and packs a punch of green tea flavour.

The chocolate ganache tarts are also worth a special mention. The pastry is firm and flaky, just as it should be, the ganache layered with a slick of either sweet raspberry jam, bitter salted caramel or fudgy praline. We can’t decide which one we like the most; they’re all delicious.

The coffee is by Bassett Espresso and is intensely chocolaty and rich. But maybe you fancy something a bit different? We’re down with that. Try a sweet potato latte. It’s not on the menu but they’ll do it for you special. First off, it's bright purple, which is always a good time. It’s sweet and creamy, the flavour all it’s own, but it’s probably closest to vanilla if you want a point of reference. Try it – it’s comfort in a purple hue.

We go in first thing on a Wednesday morning, and the place is quiet, which is a pleasant rarity, actually. The interior is nothing special – Tolix-style chairs, lots of glass, marble and, in retro 90s fashion, fake hedges. The chef is also doing front of house when we visit and he looks overworked (better hire a waiter buddy), but he retains his composure – and his manners – after we’ve been there a while and he’s less busy making animal-shaped pastries.

This is the kind of food you think won’t taste nice – it’s just too cute, right? Wrong, these cookie puffs are an absolute delight, and we’re behind them 100%. Sure, they’re a fad, they’re an Instagram sensation, but this time, we’re all in agreement. These little cakies can stay, thank you very much.